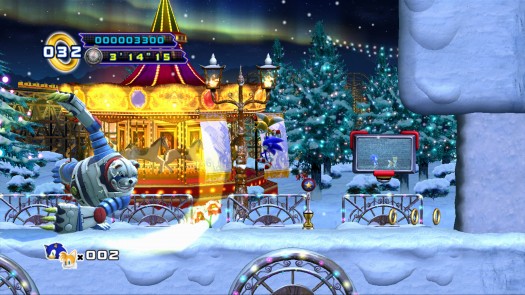 Sega is listening to you Sonic fans. They heard your minor complaints about the first part of Sonic The Hedgehog 4: Episode I, with its strange fluidity and overall look. That's why they started from scratch with Episode II, and so far it looks like we're in for a nostalgic treat.

At PAX East Sega had it set to try out two levels of Sonic The Hedgehog 4: Episode II. Unlike the first one your favorite fox Tails tags along for the ride, and boy does he come in handy. By pressing the X-button at the right moment Tails aids Sonic in getting to those hard-to-reach places. Tails can fly Sonic over big jumps, use massive spin attacks to break through rough areas, and move Sonic faster underwater by maneuvering them both like a submarine. It's as if they took some of the background aspects of Sonic 2, and actually incorporated them into the gameplay. 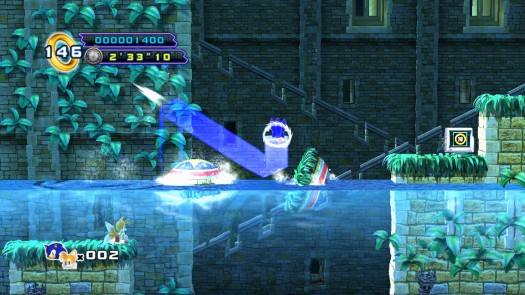 Sonic The Hedgehog 4: Episode II plays like the original side-scrolling games we fell in love with back in the 90s, and its overall high-definition puts the details of Sonic's world into true fruition. While Sonic Colors was the proper way to bring Sonic into the 3D world, Episode II of Sonic 4 aims to properly bring our hero back into the gaming style that made him famous in the first place. Even the smallest details were noticeable, such as how areas in the background you visit in the beginning of the level will be seen playable at the end of said level. (The usage of passing time also plays a great role in how the game's presentation has become far better than it was in Episode II.) 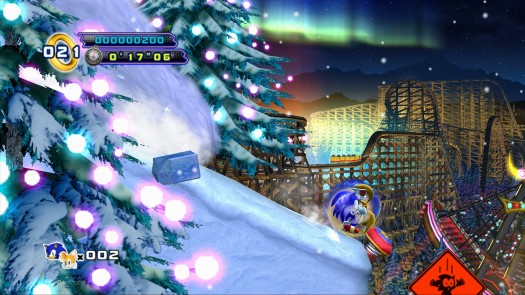 While it cannot be said how many levels will be in Episode II, Sega has promised that the overall gaming experience will match that to the classic Genesis games. Those who have purchased Episode I are in for a treat, as they will have access to playing Metal Sonic in four of Episode I's levels once they purchase Episode II. Sonic The Hedgehog 4: Episode II will be released on May 15 on PSN, the 16th on Xbox Live Arcade, sometime that month on PC, June on Android/iPhones, and July on Windows Phones. Gamers who purchase a console version and portable version will be able to transfer saved data between the two, a major plus for gamers on the go.