HomeVideo Games"Joe Danger" Goes To The Movies At PAX East

"Joe Danger" Goes To The Movies At PAX East

"Joe Danger" Goes To The Movies At PAX East 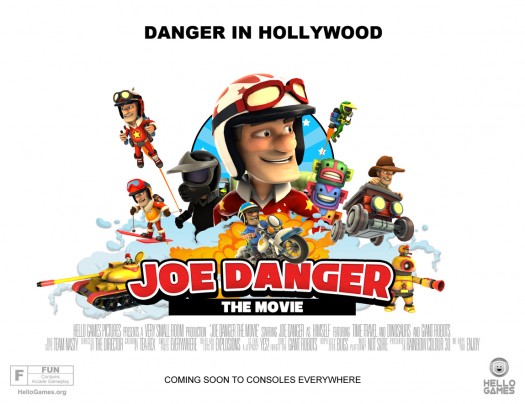 At the very first PAX East in 2010 Hello Games was showing off its then-PSN exclusive Joe Danger, starring a down-on-his luck stuntman looking for another chance at the limelight. Two years ago his time has finally come, in the form of Joe Danger: The Movie.

Here Joe has been discovered by Hollywood, where he is now being put into every single action film imaginable. Taking cues from classic 80s films Joe Danger: The Movie has our stuntman riding in mine carts, flying on jet packs, and swooping down slopes on a snowmobile. As it was in the past game Joe will be able to jump, duck, and perform tricks to earn points and power up the speed boost.

Throughout the levels Joe will once again collect stars, spell out "DANGER," and avoid traps that will push Joe back to his most recent checkpoint. Sometimes Joe will have to quickly ride down the level to avoid being squashed by a charging force (such as an avalanche), with failure resulting in starting from the beginning. You can also destroy objects such as deadly missiles and dinosaur eggs that will earn extra credit in the long run. New to the game is boss battles, which can be quite difficult to handle when you are trying to jump or swerve away from obstacles. 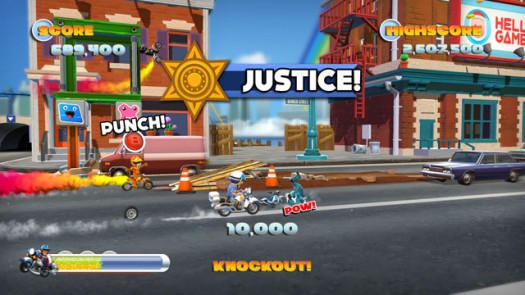 Players will also be able to battle it out with one another using four-player split screen live, as well as compete in different challenges throughout the levels of Joe Danger: The Movie. You will also be able to challenge players across the globe, challenging their times and scores via a ghost mode similar to the one seen in the recent SSX video game. As of right now Joe Danger: The Movie will only be released on Xbox Live Arcade this summer, but we have been told that they have been working on bringing it back to PSN and the PC if it is at all doable. Here's hoping Joe's latest adventure will bring more Oscar-worthy performances in Joe Danger: The Movie, and not anything worthy of a Razzie.