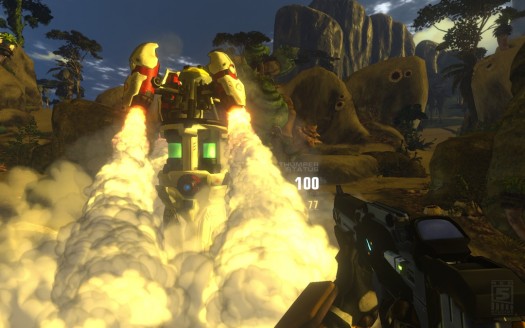 The Bastards are given a walkthrough of the first bits of the upcoming free-to-play title Firefall from Red 5.

Teg chats with James Macauley, the vice-president of development at Red 5 and executive producer of Firefall, who gives the crew a rundown on what to expect in this massive title. Hear how it will be one of the most competitive free-to-play games on PC, how often new content will be added (as well as how far along they've planned Firefall for currently), and find out what happens after "The Melding."

It's yet another PAX East 2012 Special Podcast Report: "Firefall"!