HomeVideo GamesIf You Want Bunny Demons, Give Us A "Hell Yeah!"

If You Want Bunny Demons, Give Us A "Hell Yeah!"

If You Want Bunny Demons, Give Us A "Hell Yeah!" 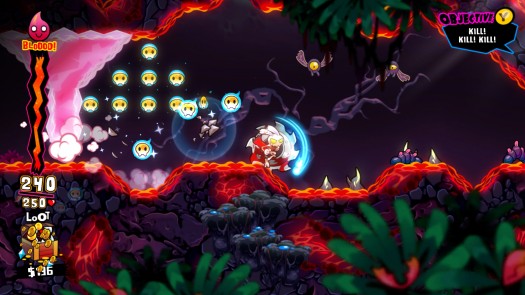 I'll be honest: when I first saw the trailer for Sega's Hell Yeah! I did not know what to think. Its cartoon style looked unique, but its overall presentation didn't look so great. After playing it at PAX East, though, I might have just bore witness to a taste of the best downloadable title of 2012.

Lasting about ten minutes (about five percent of the game, according to game creator Camille Guermonprez) I controlled the skeletal bunny demon known as Ash in the depths of Hell. Apparently someone has been talking smack about him on the surface world, and now it's up to you to find them & wreak bloody vengeance. At first you are not given a weapon, so you need to avoid the enemies as you reach the proper goal to grab the weapon: a jet-pack buzz saw. It is here when the brutally hilarious anarchy begins. 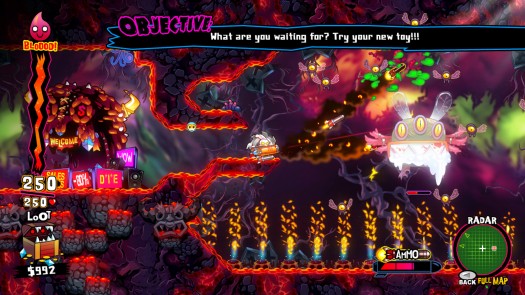 You fly out into the air and kill everything around you in order to earn points and cash for upgrades, weapons, and different skins. At times you will find yourself facing mini-bosses, which can be defeated using some hilarious quicktime events involving squishing, arrows of love, quiz games, and basic ass-kicking. Once you defeat enough you can access the next area of the level. Sometimes you will find yourself having to search for the new weapons before you can defeat certain monsters. In this demo I was able to grab the missile launcher, which came in handy for defeating bosses that were hovering over flames or covered in electricity. Guermonprez also mentioned that no two monster types are the same, so expect to discover many different tactics to defeat them. 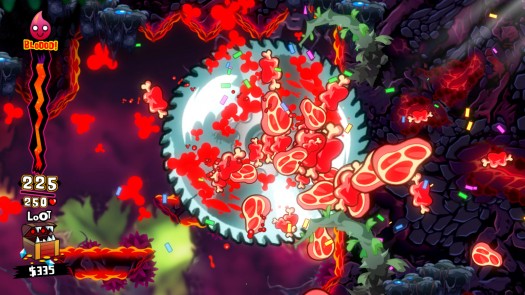 Finally seeing the game in motion I can honestly say that its cel-shaded look works wonders with the overall gameplay. The expressions from the monsters as you mow them down are nothing sort of priceless, and the animation is on par (maybe even better) than what we saw Klei Entertainment do with the Shank series. Then there is the overall humor of the game, which not only hosts homages from past horror films but also makes fun of Sega's beloved franchises. (A poke at Sonic the Hedgehog got the biggest laugh from me.) The controls were also nicely tuned, with each maneuver pulled off with pitch-perfect fluidity. 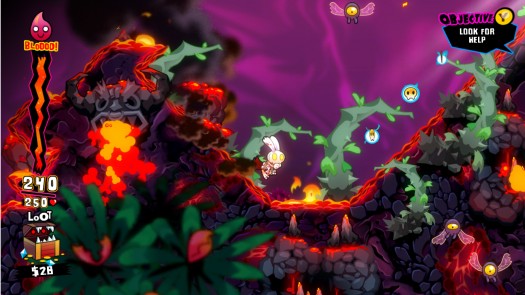 With a Summer release date in its back pocket on Xbox Live Arcade, PSN, and PC (as the game was literally finished this past week) Hell Yeah! is looking to be the top demon bunny from Hell to beat. It's by far one of the most original games I've come across this year, and its style, humor, and smile-enducing gore is bound to help make the game a hit with gamers everywhere. When it came to asking about the game's ESRB Guermonprez said that despite it being rated 12+ in Europe, it's been slapped with an M-rating here in the States. One thing's for certain: more players are surely going to check out Hell Yeah! now that it's been deemed too violent for a T-rating.