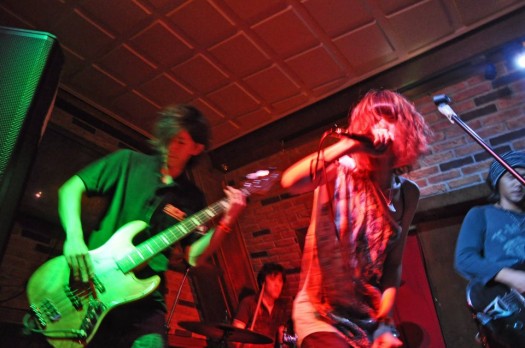 In this episode SAWAS PHOOL shares their inspirations behind their love for music, the goings-on behind the scenes of their latest EP and Sawa's work for such video game companies as Square-Enix and Konami. Plus discover which rock show past time has been banned in Japan, what happened to Sawa when she visited Boston and find out which records the band members would bring with them on a trip to Three Album Island.

It's all right here on One-On-One: SAWAS PHOOL.