HomeVideo Games"Anything With An Engine" Readies At Starting Line

"Anything With An Engine" Readies At Starting Line

"Anything With An Engine" Readies At Starting Line 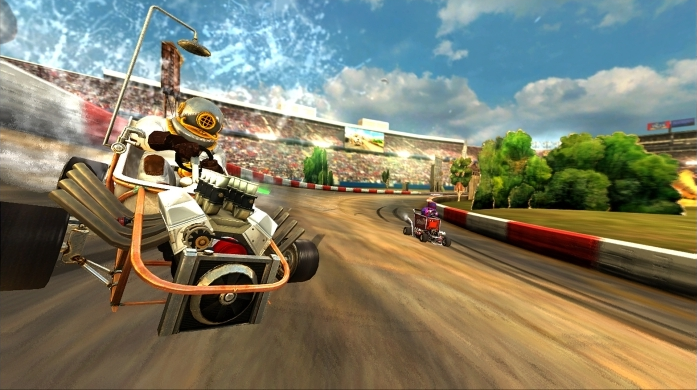 Out of all the games I've played both at PAX East and E3 no title has gotten me more excited to put my shift into gear than Jimmie Johnson's Anything With An Engine. It's almost time to truly put the pedal to the metal...

According to a recent trailer it was announced that Jimmie Johnson's Anything With An Engine will be hitting Xbox 360, PS3 and Wii on October 11. Racing enthusiasts alike will be able to choose from various racers like dumpsters, lawnmowers and old-school rockets and go head-to-head (sometimes literally, in the case of Matador Mode) across thirteen different tracks and different playing styles. The game will feature eight-player online modes, as well as classic four-player split-screen for in-room combat with friends. Players can also expect secret surprises, traps and goodies on each level that will either help or hinder you on your quest for victory.

Check out the trailer below and see what insanity is in store for you, and read our PAX East and E3 reports on what could be this year's most fun title: