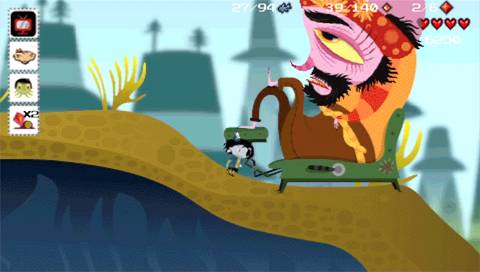 Good PS Minis titles come far and few in-between, and while some may be made as something as to waste some unneeded time Dr. Maybee and the Adventures of Scarygirl at least has enough heart and tradition at its core to make it a title worth looking at.

Developed by Tik Games Dr. Maybee has players take control of Scarygirl, a better known for her graphic novel adventures written by Nathan Jurevicius. Here the protagonist wakes up in her tree house, haunted by a man in her dream who may be a link to her forgotten past. Scarygirl decides to go out on a search for answers, with gaining assistance along the way from her friends Bunniguru and Blister. Along the way Scarygirl will find herself collecting rubies, fish and other objects needed to complete each level. 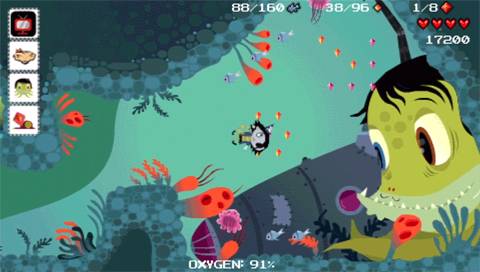 For the most part the gameplay setup is relatively the same: start at Point A, then work your way towards Point B. Scarygirl's abilities are also limited, with mainly just jump and spin attack buttons. Combining the two will help Scarygirl spin up higher to land on those hard-to-reach places. Later on in the last couple of levels you will have to complete tasks such as collect cogs and press buttons to reveal hidden ladders in order to reach the other side. For the most part Dr. Maybee and the Adventures of Scarygirl is fairly easy to play, but in later levels you might find yourself scratching your head while figuring out how to take town the flame-throwing goblins and evade some of the slithering creatures that crawl on the ground.

Dr. Maybee's overall look is quite wonderful, as it captures the appearance of the original comic pretty well. Clocking in at just under two hours Dr. Maybee is a good title for those who have not played the original online game. (At this moment it is no longer on the official Scarygirl site.) However be warned that you might get relatively pissed off at the ending of the game; you may even feel like you've wasted your time on it. While it tends to be a bit inventive with what it has Dr. Maybee is limited to what a PS Minis game can handle. 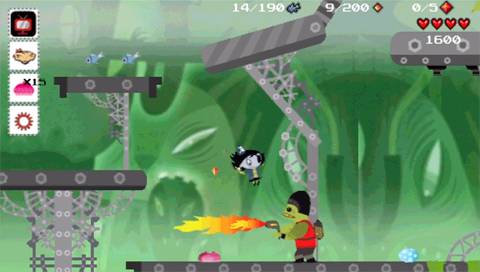 Dr. Maybee and the Adventures of Scarygirl is nowhere near-perfect, and those who have played the original may want to pass on this. However the game does fare well with giving players a nostalgic take on old-school platform gamers, and will serve as a precursor for the upcoming Scarygirl title currently in works from Tik Games for PSN and Xbox Live Arcade. If you wanna freshen yourself up before its release date I suggest giving Dr. Maybee a whirl; if not, then there's always the original graphic novel to read.