It was hard to not notice it while walking into the THQ booth at E3 this year. Ultimate Fighting Championship is one of the company's biggest sports properties, and for good reason. Its Undisputed series has featured some of the best fighting gameplay, and the amount of detail that is placed into the games has been nothing short of amazing. Both the UFC and THQ are looking to do it once again this and next year with two new titles: UFC Personal Trainer and the much-anticipated UFC Undisputed 3.

First on the agenda was UFC Personal Trainer, the upcoming MMA-styled fitness game developed by Heavy Iron Studios due out for the Xbox 360 Kinect, PlayStation Move and Nintendo Wii on June 28. Troy Sheets, the Designer for THQ's CORE Fighting Group, instructed me on how to work the game using the Kinect. For the three-minute demo I was given the exercise involving uppercut-cross-hook combos. The AI trainer stood in front of the TV wearing punch mitts, instructing me to throw a left hook or a right hook. From the very moment I started punching away I noticed how on-key the game was in regards to capturing my motions. When it read a correct punch it told me right away, and when I threw a wrong punch it made me have to correct myself right away. I was very surprised with the precision the game showcased, and gave me a good amount of hope that UFC Personal Trainer will be able to proper teach its gamers how to strike properly and efficiently. 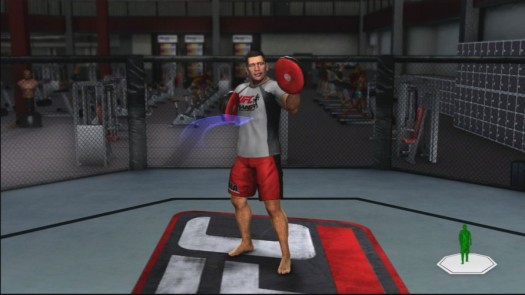 I managed to get a fair score both times I went through the demo, but I am curious to see how UFC Personal Trainer will read both ground moves and leg maneuvers. Knowing how much Kinect games have improved I feel there will very little to worry about in the leg striking department, but in regards to the ground moves I am still a tad skeptical on how well it will read everyone's movements in such a tight spot. However THQ worked very closely with the National Academy of Sports Medicine (NASM), making sure the game will be able to create a well-fit workout routine that will give players a certified good, proper sweat while playing. We will see soon enough when the title hits at the end of this month if UFC Personal Trainer will give all the other exercise titles a run for their money.

Later on I returned to the THQ booth to check out the video preview of UFC Undisputed 3. From the get-go the video showed the vast amount of improvements the next Undisputed title will showcases. Both THQ and Yuke's have been working on this title for five years, and the progress of the development shows. New weight options and divisions were announced, as were some new control schemes for those that are beginners to the UFC gaming franchise. Those who still have trouble playing the game will also have the option to have the in-game advice system turned on, which will give you tips on how to go about defeating your opponent. A new submission system will also be used in the game, which will make UFC gaming fans happy as it was quite tough to make your opponent tap out in the last couple titles. Taking the WWE route (whose games are also made by THQ and Yuke's) Undisputed 3 will have the fighters' main entrances, which can also be customized with your created fighters. 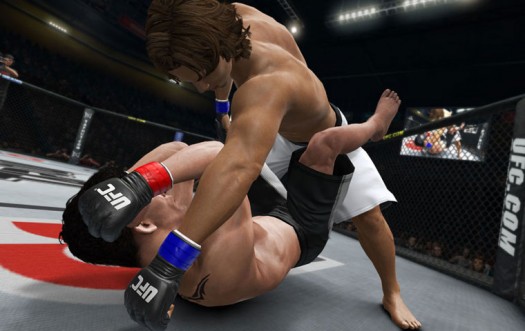 The biggest news regarding UFC Undisputed 3 came from the announcement of the Pride Fighting Championship being featured in the title. In Pride Mode the fights will be more in-vein to the Japanese MMA-style of fighting, giving gamers a completely different playing experience. With the inclusion of Pride in Undisputed 3 the roster will have more 150 fighters to choose from in this game, perhaps the most featured in any fight-based title. Those worried how that will affect the game graphically shouldn't worry. Even with some of the fighters within the game still not finalized the game sparks the realism one can only hope to find in an MMA title, which is all thanks to the motion capture technology used to get every fight pattern down precisely. Online modes will still be a key element, though more will be announced regarding that matter as the game gets closer to its release date.

Though we will have to wait until January 2012 for the game to drop UFC Undisputed 3 is looking to still be the top dog in the MMA gaming world. With this and UFC Personal Trainer coming under the THQ/UFC belt gamers, sports fans and fighting enthusiasts alike can expect a lot to love in the UFC video game world. Knowing how these two companies have been working together I can count on one thing: UFC and THQ always want to go all-out in regards to its final product, and with that I have much confidence that these two titles will be hitting the consoles with their A-game intact. 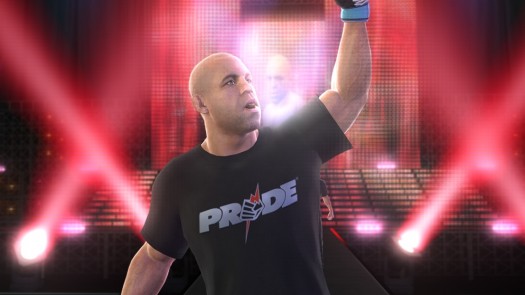