One-On-One: Damian Abraham of Fucked Up 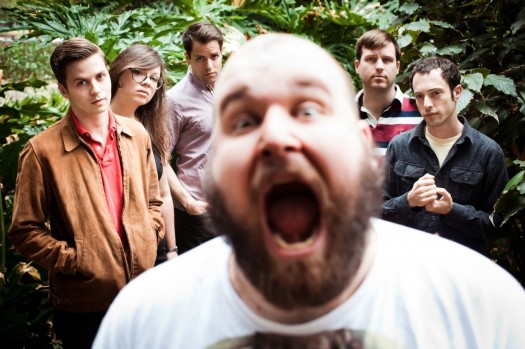 This past Friday night two of the Bastards sat down with one of the world's most enthusiastic and exciting frontmen of our generation: Damian Abraham of Fucked Up.

Recorded before and after their set at the Royale in Boston King Baby Duck and Anvil talk candidly with Mr. Pink Eyes (with an occasional chime-in from the rest of the band) about their critically-acclaimed album David Comes To Life, the annual Zodiac Calendar EPs and his work outside of the band. Plus find out which Fucked Up song would make the best wrestling finishing move, why Germany is the strangest place to get a flat tire and what MTV show is just so sad to watch. As always no band interview would be complete without a trip to Three Album Island.

Catch the madness and the joy in an all-new episode of One-On-One: Damian Abraham of Fucked Up!