The complete adventures of CommanderVideo are coming to a retail store nearest you, and he's bringing a bunch of goodies for its fanbase.

In a recent press release from Aksys Games BIT.TRIP Complete, which will feature all six titles from the BIT.TRIP series (BIT.TRIP BEAT, BIT.TRIP CORE, BIT.TRIP VOID, BIT.TRIP RUNNER, BIT.TRIP FATE, and BIT.TRIP FLUX), will be released on the Wii, and BIT.TRIP Saga will be on the 3DS. Besides the six original games the two BIT.TRIP releases will also include 120 new levels, an audio gallery featured fan-made remixes and other musical goodies, over twenty-five movies telling the story of  CommanderVideo new difficulty modes. Those who buy BIT.TRIP Complete will have one other extra goodie: an original soundtrack featuring music from all six titles. 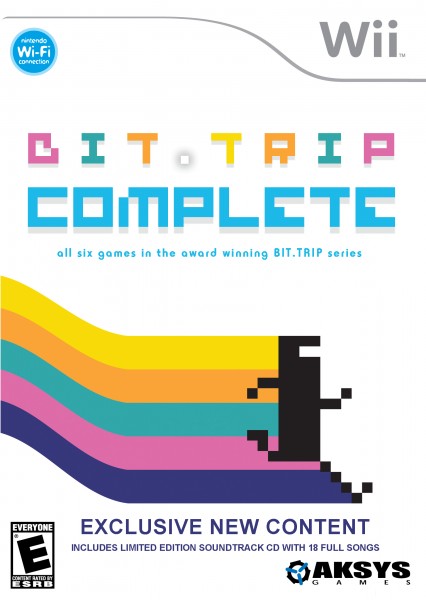 Both BIT.TRIP Complete and BIT.TRIP Saga are due for release on September 13, giving both old-school gamers and chiptune enthusiasts plenty of time to plan some crazy parties to celebrate the occasion.