Gotham Taken Over By Enthusiastic "Impostors"

Gotham Taken Over By Enthusiastic "Impostors" 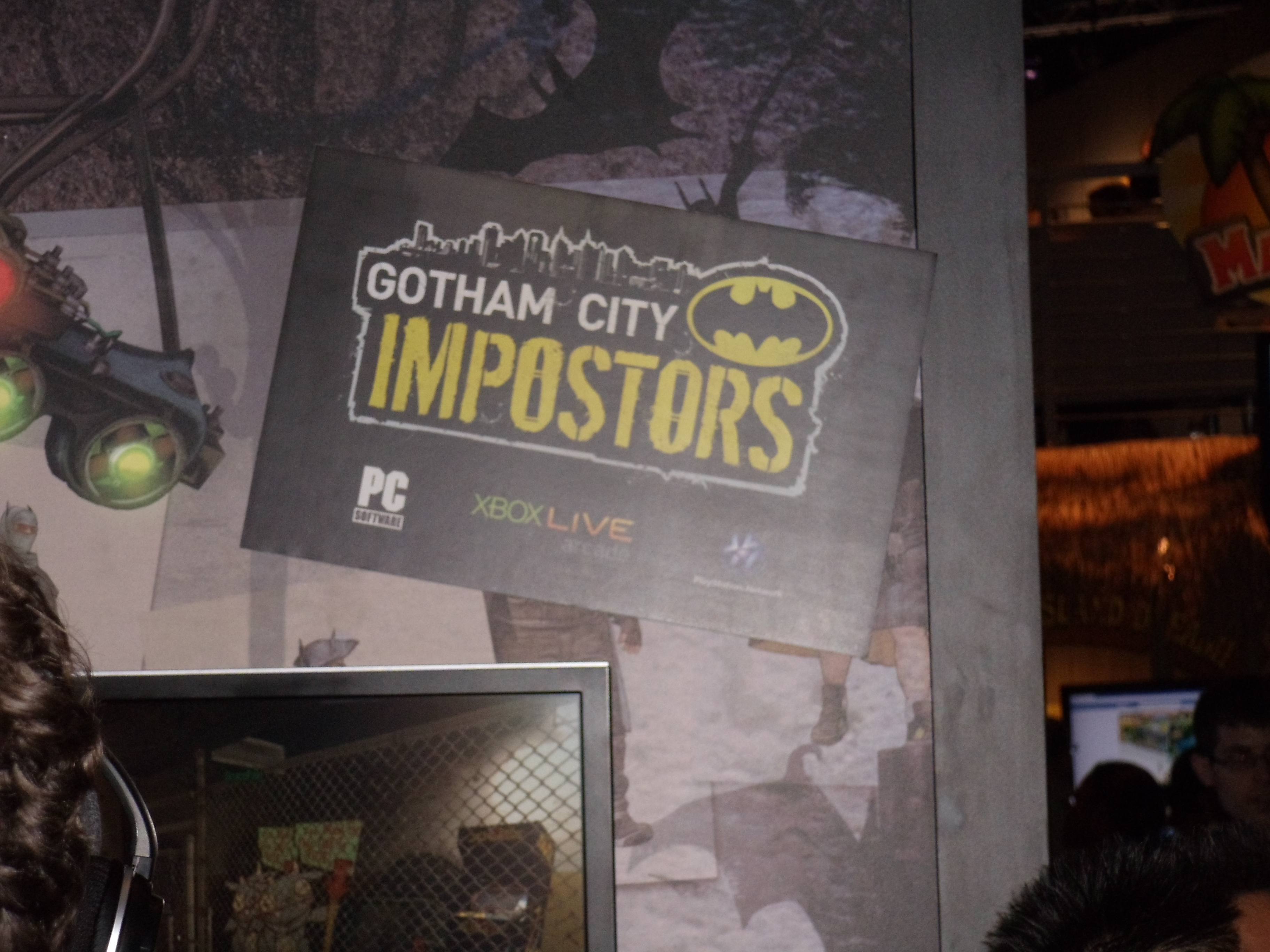 While many eyes were focused on Batman: Arkham City another Caped Crusader-based title was showing its big guns at the Warner Bros. booth. Gotham City Impostors, an upcoming PSN/XBLA release, takes a mixture of ideas from Detective Comics, The Dark Knight film and some original pizazz that made this multiplayer demo at E3 one fun experience.

At the demo table six players are split into two teams: the Bats and the Jokerz. Each player has the ability to choose what sort of character they want to be, ranging from snipers to your usual defensemen (the latter of which I played). We were given the task to grab a battery that is supposed to power up something for your team, while the other side tries to steal it to prevent that from happening. (While I don't quite remember what the machine does, I do recall it exploding in some sort of fashion.) While my team lost in the long run I found a lot of fun elements to the game. 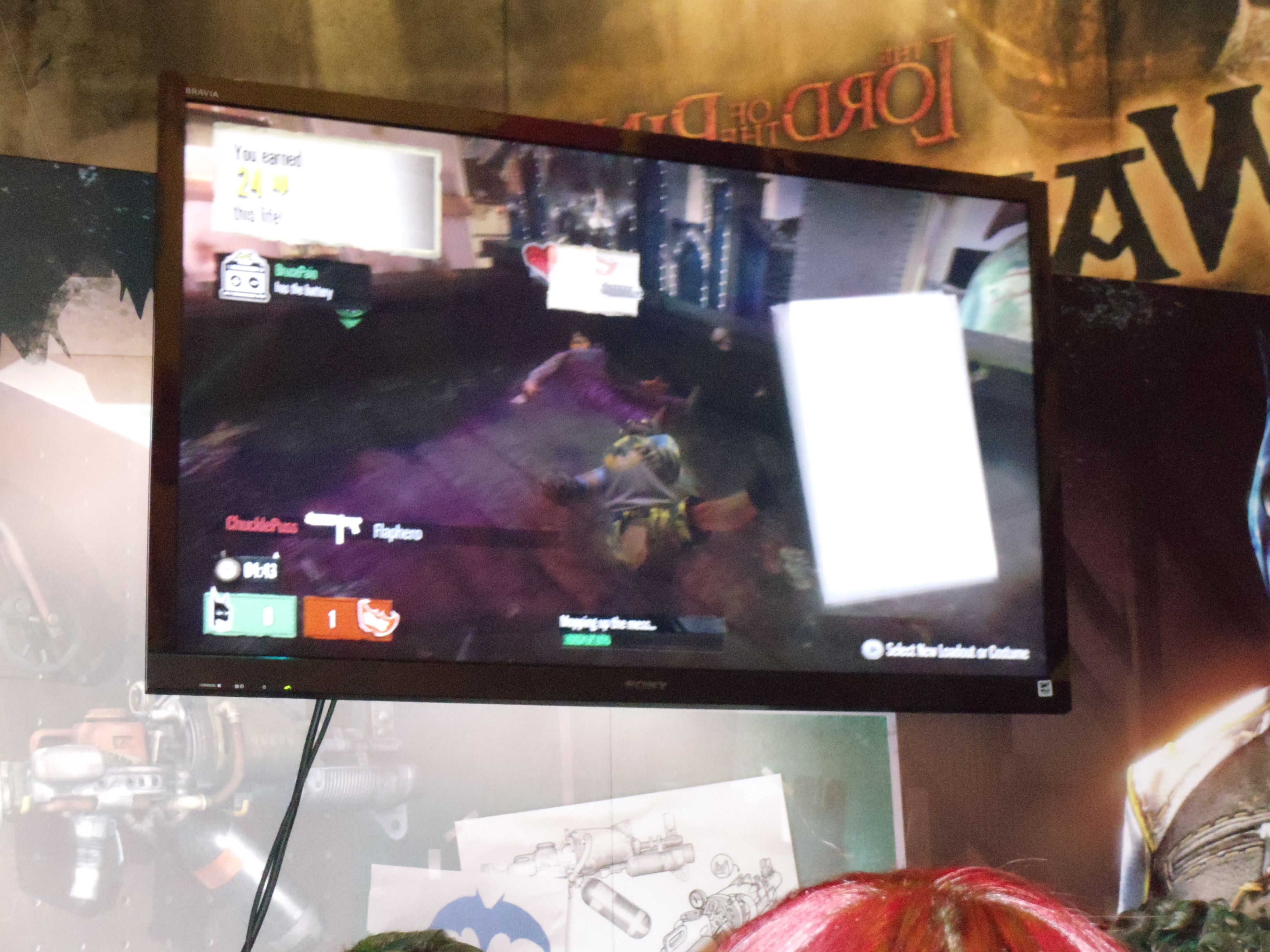 Gotham City Impostors has a online multiplayer setup similar to that of both Team Fortress 2 and Monday Night Combat. Not only does the game host different classes of combatants, but also a wide foray of weapon customization, strange tools and gadgets, and costume development. You can also earn points and unlock different upgrades for your character that will help you along your way into battle. Another thing I noticed in the game is that each character has a little something special given to them to add a little extra oomph. (For my defense character I was given the power to glide after bouncing off trampolines or flying up from air vents.)

While there was quite a lot to take in regarding this play-through of Gotham City Impostors there is still little known about what to expect in this game as a whole. For one thing it has yet to be revealed if there will be a single-player campaign mode on top of the multiplayer experience. (The folks at the Warner Bros. table were very hush-hush regarding that matter, so there's a chance that an announcement dealing with a single-player experience will be announced in the somewhat distant future.) A 2012 release date will give the folks at Monolith Productions plenty of time to sort out and create any more additions to Gotham City Impostors. From what was seen today at the booth, however, there should be little to worry the developers regarding bringing forth a quality Dark Knight-based title.