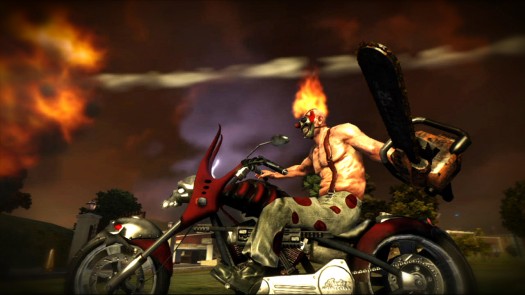 It’s been a long time coming, but Twisted Metal is back, and this time it’s as nasty and raw as it wants to be.

At the Sony booth at E3 I managed to get in an early line to try out the online multiplayer  mode in Twisted Metal, with a set up that was similar to capture the flag. In it your team had to destroy the statues of your opponents before the time ran out, and then proceed to protect your statues in the second round. The team with the highest score in the end wins. While it sounds like your run-of-the-mill battle mode, it’s far from it in the world of Twisted Metal. 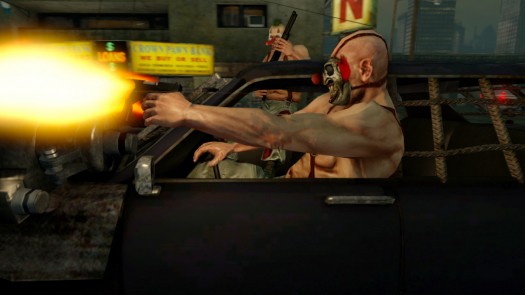 Players were able choose from a massive foray of vehicles, ranging from Sweet Tooth’s ice cream truck to a helicopter. For this demo I chose what I believed was called the Meat Grinder, but it was basically a run-down version of the Ghostbusters vehicle. Each of these vehicles came with their own special tricked-out weapons. Mine came with a crazed man strapped on a rocket-powered wheelchair. Once everyone’s vehicles had been chosen, the chaos began.

From there everyone started driving around destroying everything around them, hitting every pedestrian they could see and blowing up their opponents. All the gamers around me were laughing maniacally as they were spreading mass carnage around the city. The excitement from them was indescribable, as they were having what seemed like the time of their lives. Nostalgic vibes came off Twisted Metal, as I have been a huge fan of the series since it began back in the 90s. 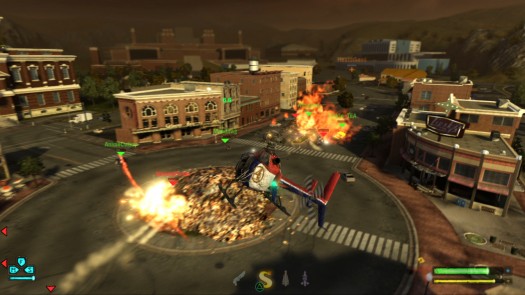 Everything we loved about the title was right here, only bigger, badder and looking realistic. The graphics in Twisted Metal were outstanding, as every smash, crash and boom was captured in all of its glory. Its gameplay is as insane as ever, and its core structure was at the peak of its upmost greatness. The controls took a bit to figure out, and I didn’t know how to reverse my vehicle, but once I was thrown into the game I just went gun-crazy and tried to blow up everything that moved. (Granted I wound up killing some of my teammates, but I was in the moment!)

In the end my team wound up winning 4-2, and I managed to get a fair amount of kills to earn a few extra points. The overall feeling with every gamer in that booth was mutual: from what we saw in this demo Twisted Metal is going to be everything we could want in this title. When it finally hits the PS3 on October 4th you can bet highly that gamers new and old will be battling away on what might be one of the best games of 2011. 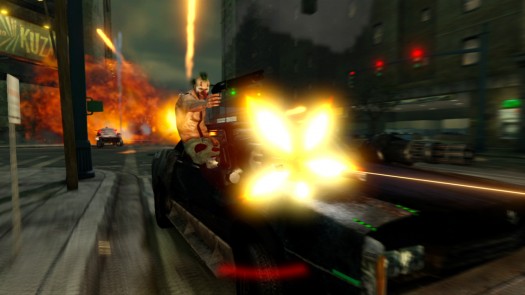 Gotham Taken Over By Enthusiastic...