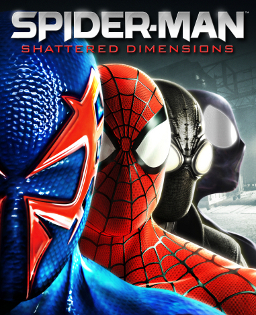 The premise of Shattered Dimensions begins with Spider-Man battling it out with Mysterio, who is trying to steal an artifact known as the "Tablet of Order and Chaos." After accidentally breaking the tablet, the pieces of the artifact are cast out into four different worlds of Spider-Man: Amazing, Ultimate, Spider-Man 2099 and Noir. Throughout these worlds the four different Spider-Men have to battle it out with familiar foes to collect the tablet pieces, though with the powers each piece gives the villain the task is easier said than done. Can Spider-Man and his alternate universe pals collect the pieces before Mysterio discovers its true power, or will the world finally fall under the dark cloud of evil? (Knowing your Spider-Man trivia the answer's kinda obvious.) 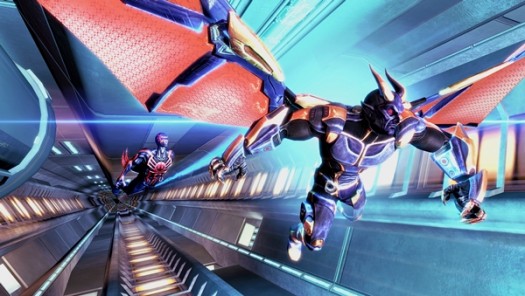 In each world you play in Spider-Man is given similar web-slinging maneuvers, ranging from the usual punch 'n' kicks to swinging your opponents around using your web. However within the worlds come special attacks that none of the other Spideys have. Case in point Ultimate Spider-Man has the ability to use Rage, which will make defeating opponents easier and will take less life points away if attacked in this mode. Also unique is how you have to defeat your opponents, which showcases these special tactics well in the Noir levels. In there you have to be sure not to be in the sight of the villains, as well as stay out of the spotlight if you want to take them down; otherwise you'll be shot up and probably killed, starting the level again at the checkpoint.

Also unique to each world is its art style. While the FMV contains the same realistic look (and they do look phenomenal), the universes themselves have a different look to them. The Amazing world has a Saturday morning cartoon sort of flavor to it, whereas the Noir levels were more Sin City-based with the occasional color here and there when Spider-Man is being tracked by the villains. The best-looking of the worlds, however, has to go to Spider-Man 2099, with its bright futuristic look and overall appearance. Every building and vehicle seems to want to jump out at you while you're in a tussle with villains and henchmen alike. 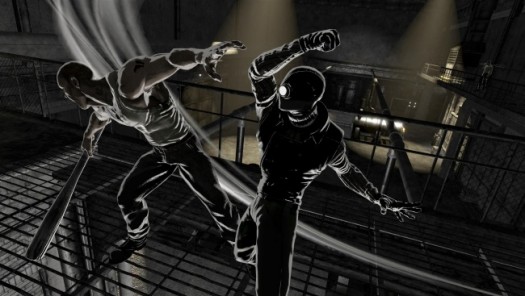 Props also must be given to the voice actors, and having Neil Patrick Harris return to voice the Amazing Spider-Man was the perfect choice, as his Spider-Man in the MTV series was sincerely the best. I do have an irk about using the original Spider-Man voice Dan Gilvezan to don the vocals for Spider-Man 2099. While I do understand the nostalgic aspect of having the guy who voiced the web-slinger in the cartoon from the 1980s do his voice it makes the 2099 Spidey sound a lot older than he should be. Maybe I'm just being picky, but to me this Spider-Man doesn't sound quite right. Having Christopher Barnes (who played the Spider-Man in the FOX Kids cartoon when I was growing up) come back to portray the Noir version is also a plus, as he brings a bit of much-needed humor into the Noir's dark world. Josh Keaton's Ultimate Spider-Man has its moments, though for the most part he sounds a bit too much like a Harris clone; in fact I didn't even know someone else was voicing Ultimate until I did my research.

In regards to the villains in Shattered Dimensions they're a mixed bag. I got bored quickly with fighting Kraven the Hunter in the Amazing universe, along with his henchmen, and I grew weary of having to chase Vulture in the 2099 universe. On the other hand I couldn't get enough of the Deadpool level in the Ultimate universe, as the concept of giving the mad hero/villain his own reality show was beyond hilarious. Granted finding the cameras to destroy was easier said than done, but having the commentary by Marvel's favorite loony in tights eased the difficulty a whole lot better. In fact I can't help but say that the Ultimate villains were the most fun dealing with, whereas the 2099 world ones were the most difficult; but on the whole the choice villains were hit-and-miss. 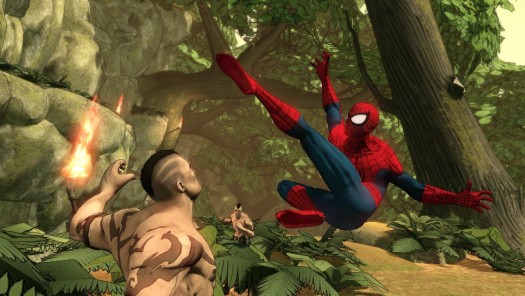 The weakest aspect of Shattered Dimensions is its control scheme, and while there are plenty of maneuvers to do there isn't enough time given to you to complete them before you get smacked around. Swinging from your web also has its share of issues, none bigger than the camera angles. Like motion pictures it takes the right angle to make a remarkable scene, and unfortunately it looks like someone left the cameras on auto-pilot. While you can adjust the camera it seems like you have to do that every 20 seconds, making battling the henchmen a major pain in some areas, along with traveling via web. There were some instances where the camera was so bad while traveling I just gave up and had Spider-Man fall to his death so I could start all over again. Sometimes you'll find yourself going into first-person mode, and depending who you're facing this gaming aspect can be either fun (Kraven) or just plain annoying (Vulture).

Fortunately the folks at Activision and Beenox managed to put together a game that's both lengthy and interesting (for the most part). Each level takes roughly 30-60 minutes to complete, depending on how well you adjust to each level, and given that there are thirteen levels and one tutorial you have at least a fair 10 hours of gameplay given to you. There will be some frustrating levels, mind you, but for the most part the game is pretty well worth going through the entire thing. 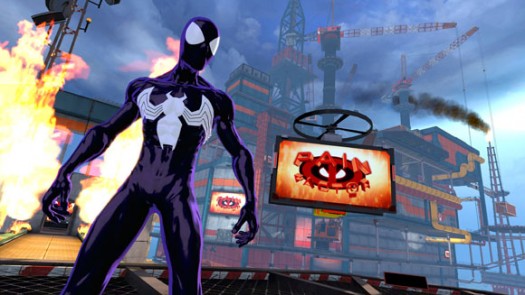 While Shattered Dimensions has its flaws there's enough good to be found in this new gaming chapter of the world's favorite neighborhood Spider-Man. The camera angles might ruin some of the great aspects of the game, but in the long run there's plenty to like in this story mode. Yes, the whole broken artifact thing has been done in so many other comics and video games, but the way it's accomplished makes it a fun title as a whole. Just be warned that there will be some frustrating parts in Shattered Dimensions, so be prepared to curse loudly at your console and TV.