HomeVideo Games“Brink” On Through To The Other Side

“Brink” On Through To The Other Side

“Brink” On Through To The Other Side 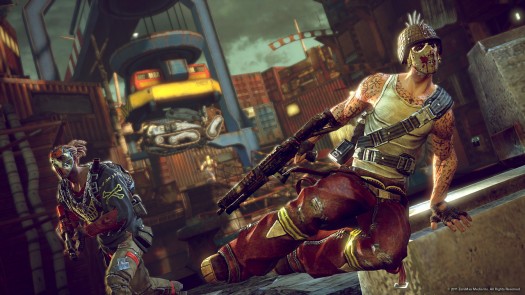 One of the most-talked about FPS games coming out this year is Brink, a game that combines the technical shooter aspects of Call of Duty: Black Ops, puts it into a futuristic world of revolution and adds a little parkour action a la Mirror’s Edge. From what I played at PAX East yesterday it’s appears that the folks at Bethesda and Splash Damage are on the verge of revolutionizing the entire shooting genre.

The folks at the booths had it set up so everyone battled each other in an online mission mode. For this mission one team had to stop the other team from taking over both their safe and to avoid having one of their areas taken over. For this demo I was on the purple team, the one that was infiltrating the red team’s area. During gameplay players have the option to choose four different player settings: soldier, operative, engineer and medic. As I’m more used to just going crazy on the fields and shooting everything that moves I opted to be a simple soldier. 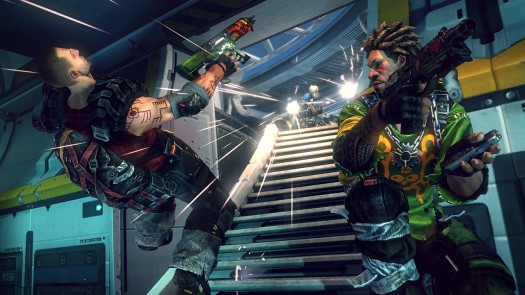 Once the twenty-minute demo began I started to familiarize myself with the controls, and while it was so easy to aim and fire at the enemy I could not help but notice that my guy looked kind of off while he was sprinting. Maybe it was just how he held his gun, or perhaps the proper animation cycles hadn’t been finely tuned yet in regards to that manner. Nevertheless finding the enemies and taking them down were kind of a breeze. However just killing about isn’t the acceptable way to win the rounds. There’s far more to it.

You see Brink is not you’re average shoot-em-up bang-bang title, rather it’s a game where the more you help out your fellow crew more points will be added to your total. You can share ammo, give away health, guard certain areas, protect innocents, fix items and help set traps to take down the enemy; all of this to raise your score in the end. Brink is the video game that -- instead of only rewarding kills -- promotes the concept of teamwork within your faction, and while many online modes already do that it has never reached this deep. In fact you can probably go through an entire level without firing a single shot, and you can still score high just by doing the proper tasks and missions. Granted that would be hard to do, but it is very possible. 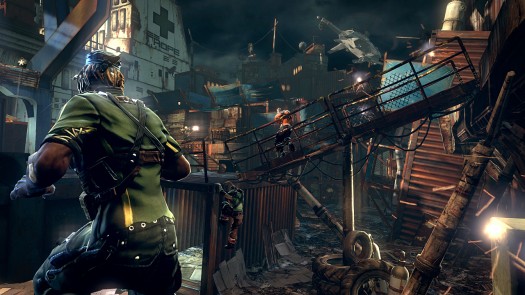 What’s more to Brink is that it’s weapon and ranking system -- both on and offline -- is more realistic. Regular guns and such are fast to reload, whereas sniper rifles and the bigger weapons are far slower. (There are also barely any one-shot kills, unless you have a big weapon and fire it on a weak character). While this may sound like a downside it gives those who are still getting themselves familiar with first-person shooters a much fairer chance. What’s more when you level up online, while you can face those that have higher numbers, you cannot battle it out with gamers whose figures are lower than yours.

Judging from my experience playing this demo Brink is shaping up to be an exciting game. While it would’ve been nice to have the option to try out a level or two in story mode the all-around good feeling I had as soon as my turn was up made it worth the hourlong wait I had to go through. When the end of May comes around you can bet that Brink will be one title on every gamer’s playlist.

Get Any "Engine" Running...