HomeComics/MangaMANGA REVIEW | "How Do We Relationship?" - Vols. 6 & 7 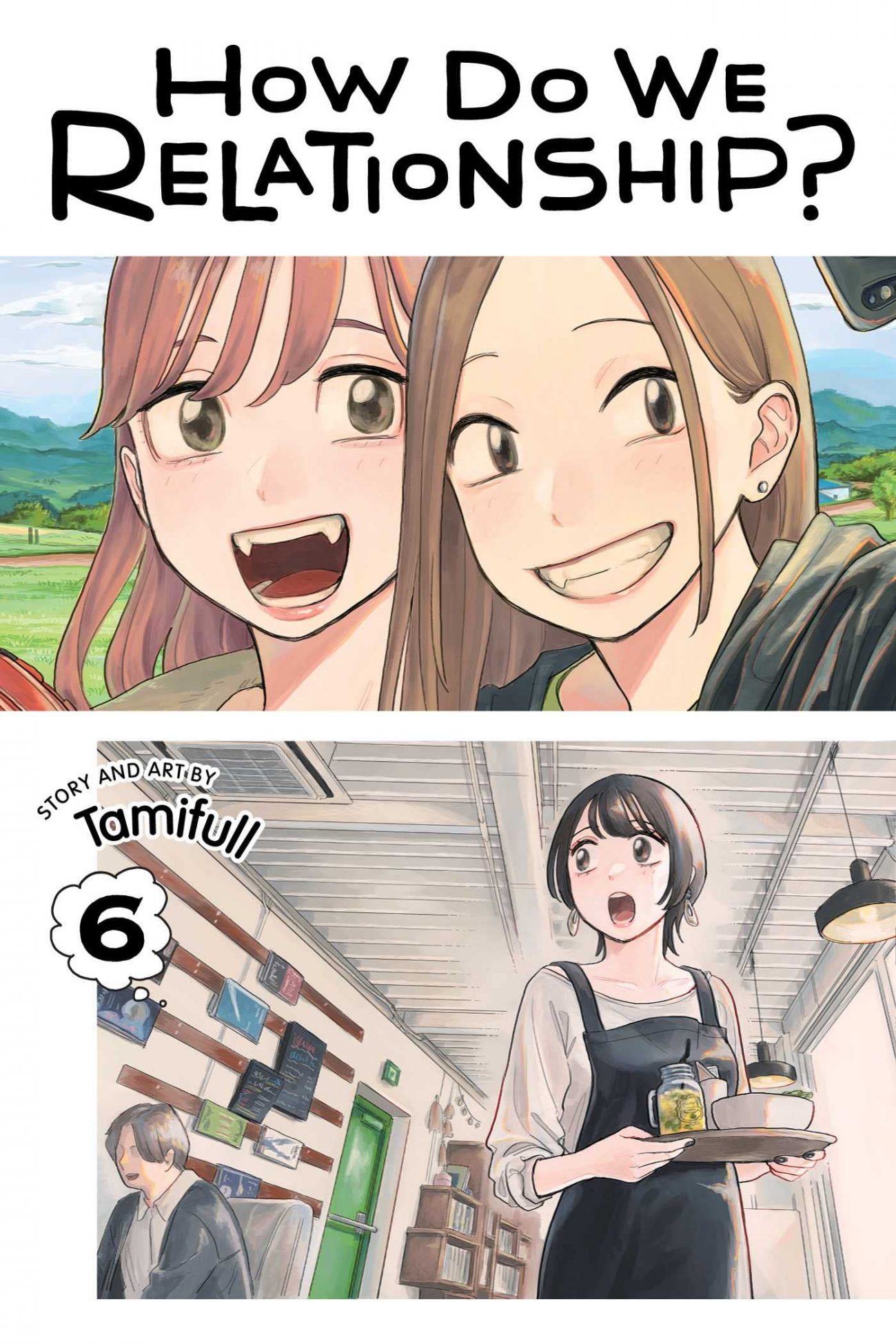 Things got a little complicated in the last volume of How Do We Relationship?. Saeko began taking advantage of Miwa, who was in a deep funk over her current life situation. It resulted in what is essentially a shitty move for anyone who just needed a friend, as Saeko took advantage of Miwa and started using her a friend with benefits. Does How Do We Relationship? save itself from becoming a scummy narrative in its sixth volume?

Still dealing with her issues, Miwa reveals that she’s okay with Saeko using her like she did. It brings the two back into a better friendship territory, although they do often sleep with one another because they have their needs. After a harrowing day trip with her friend Yuria, Saeko realizes that she wants more in life and romance than what she and Miwa have. But then, Saeko utters something that complicates matters more. 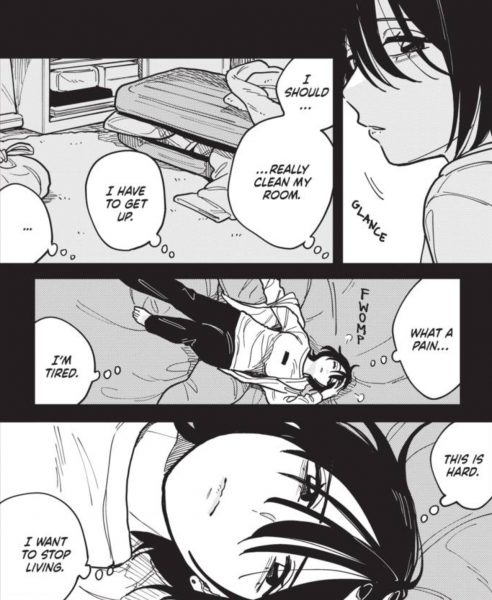 It’s surprising to see how well Tamifull displays the hardships of former lovers going back to being friends. Despite their breakup, it’s clear that Miwa and Saeko still have strong feelings for one another. However, it’s Saeko that realizes that going back to dating might hurt their friendship even more, despite Miwa finally revealing her legit love for her. Even still, the hurtful feelings Miwa experiences after they decide to end their relationship for real are showcased with genuine care, in ways that makes this moment all the more relatable.

The manga then flash’s forward to the following Spring, where Saeko has started dating Yuria. Miwa appears happy for the two of them, as Saeko spills the details on how their first date went. Meanwhile, Miwa is weighing her options for the dating scene, even going so far as to think that she’d like to date a guy. It’s a reveal that demonstrates the complexities of love and attraction, as no single person will know what they like until it appears right in front of them! 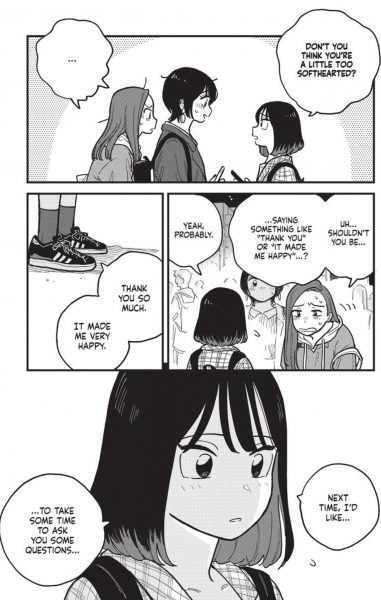 That’s when How Do We Relationship? introduces a new character: freshman Tamaki. Her lack of interest in clubs becomes apparent when she reveals her attempt to transfer somewhere else next year. Miwa and Saeko attempt to build a friendship with her, but her mannerisms are seemingly cold due to her current ambitions. However, as the volume goes on, it becomes apparent that she may play a role in Miwa’s life in the not-so-distant future.

With so much focus on Miwa in this volume, one can’t forget just how fun a character Saeko can be. Despite her crummy ways last time, she redeems herself with her protective attitude towards Yuria. Their episode revolving around them getting lost in the dark showcased Saeko’s cuter side, as she tries to look cool and calm in a place that’s rather spooky. Yuria even shows how much she cares for Saeko on their first date, with their physical and vocal languages being ones that are itching to get a relationship happening. 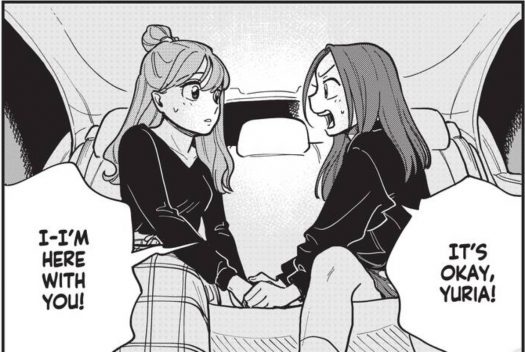 How Do We Relationship? redeems itself in its sixth volume. The crappy side of Saeko has fortunately been flushed away, and we’re back to seeing her and Miwa being nice and chummy. With that being said, it’s a bumpy ride getting them back to the “just friends” column, but it’s nevertheless an entertaining one to watch unfold. 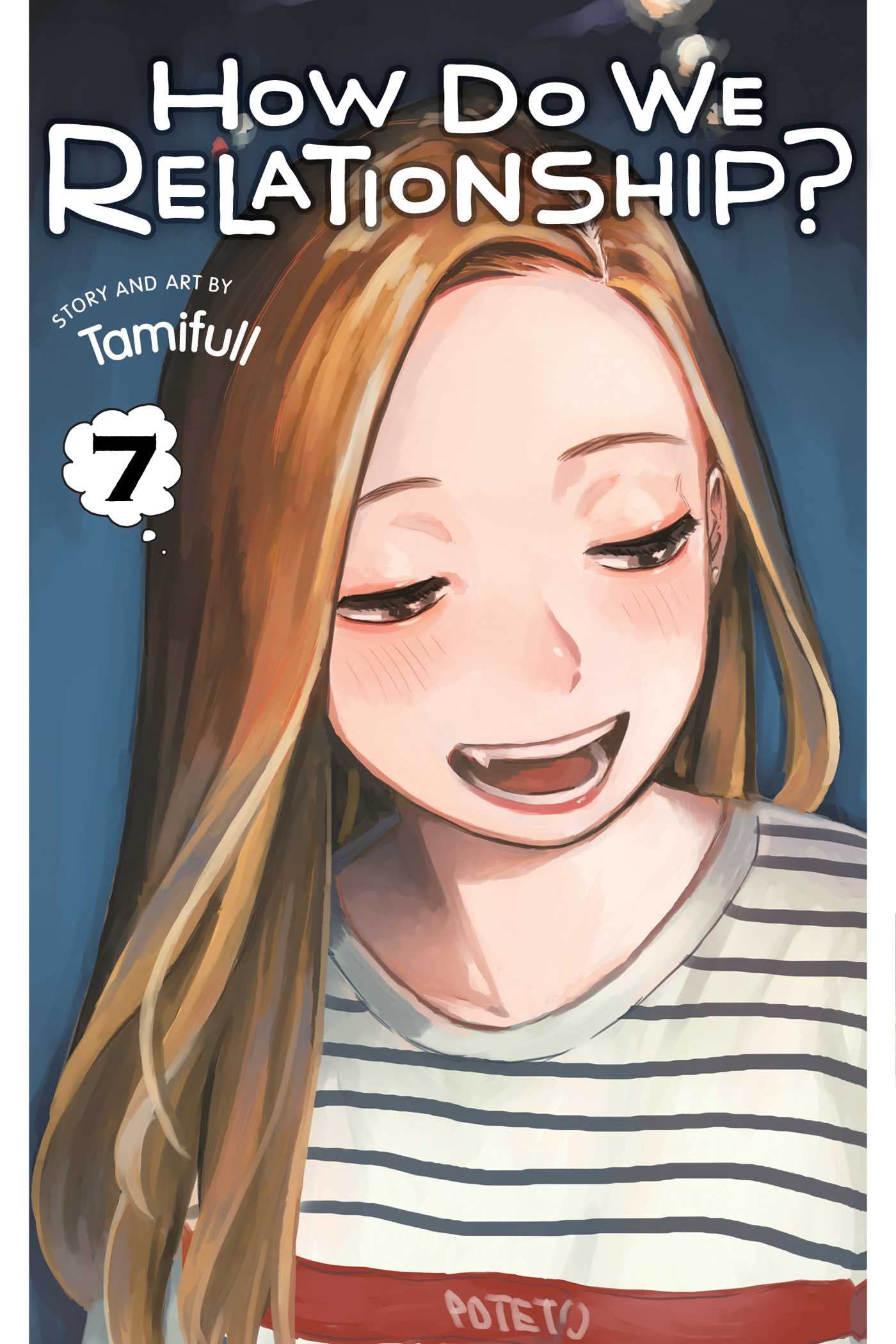 It takes a really good romance manga to give me the warm fuzzies. How Do We Relationship? is not perfect, but when it aims to be true to itself, that’s when its sparks fly high. Volume Seven not only features plenty of spark, but it also gives back a feeling I thought would be lost after Saeko and Miwa broke up: hope. And man, does How Do We Relationship? offer hope by the spoonful!

Saeko and Yuria are making more progress to better their relationship, as they hang out more and do things couples do. As Miwa struggles in the dating scene, she slowly starts to have feelings for Tamaki, who also likes being around her. But where Tamaki’s never had a same-sex relationship before, Miwa is extra cautious over having her get closer to her. It’s a situation that’s easier said than done, as Tamaki finds herself hanging in the music club with Miwa, Saeko, and the others. 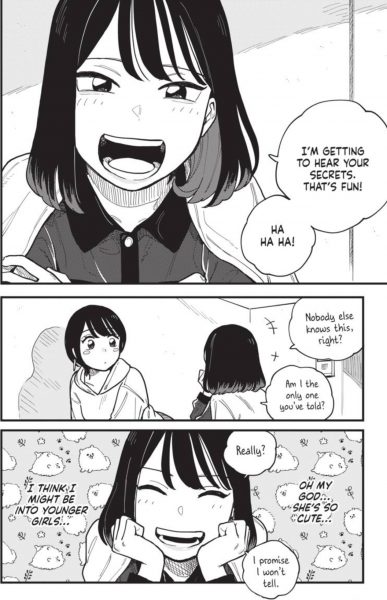 A lot of this volume of How Do We Relationship? is focused on what’s next for Miwa and Saeko. Now that the friends-with-benefits pathway didn’t work out, being simply pals is what appears to be the right course of action for these two. Although they are no longer lovers, they still genuinely care for one another, so much so that they still help each other out with romantic advice. One great example of this involves Saeko looking out for Miwa when she goes on a blind date, which has the former finally able to free herself from lingering feelings from her while the latter simply has a good time with someone new.

Of course, that doesn’t mean things stop being complicated. On Saeko’s front, she and Yuria have some minor troubles when the new girlfriend doesn’t want Saeko over her place. Her reasons do wind up being humorous, as her cleanliness is on-par with a frat house party post-Homecoming Game. There’s also the way the two find a means to get intimate, as Yuria awakens a youthful side of Saeko that’s both silly and endearing. Love is meant to make one feel young again, and how they finally embrace the erotic side of romance is both cute and — as pointed out early — warm fuzzy-inducing! 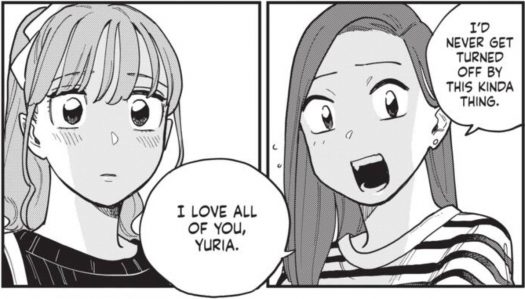 Miwa’s pathway to love is a little more complicated. How Tamaki really feels about her isn’t exactly clear, but the more they’re together, the more things slip out in whispers. Tamaki and Miwa have a lot in common in the same way Saeko and Yuria have plenty in common, ranging from levels of self-confidence to their means of being more open with one another. It’s when Miwa lets it slip that she’s a lesbian where a new door in Tamaki’s life swings open. Whether or not she runs through it or slams it tight depends on how Tamaki sees Miwa in her life, but if I were a betting man, I’d say she’ll at least take a peek to see what’s in store.

Where Volume Six of How Do We Relationship? redeemed itself after a faulty fifth volume, Volume Seven is where the series really found its spark again. Watching as Saeko grows into her new relationship with Yuria was both cute and funny. As for Miwa, her pathway to love may have a couple of bumps on it, but her friendship with Tamaki seems to be going the proper routes. I was worried that How Do We Relationship? would never find its heart and soul again after Saeko and Miwa broke up; this volume proved me wrong! 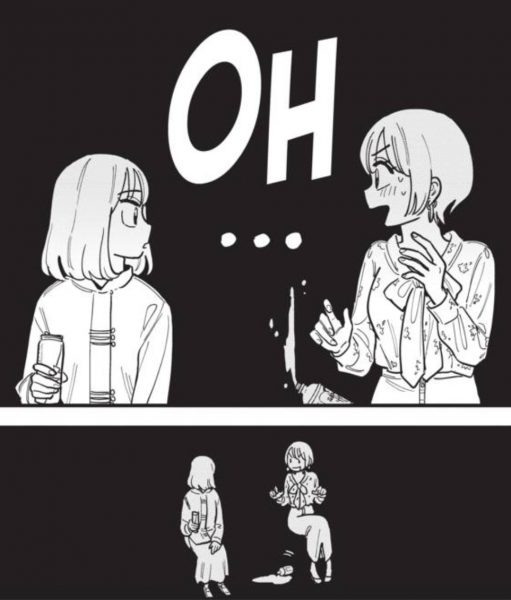