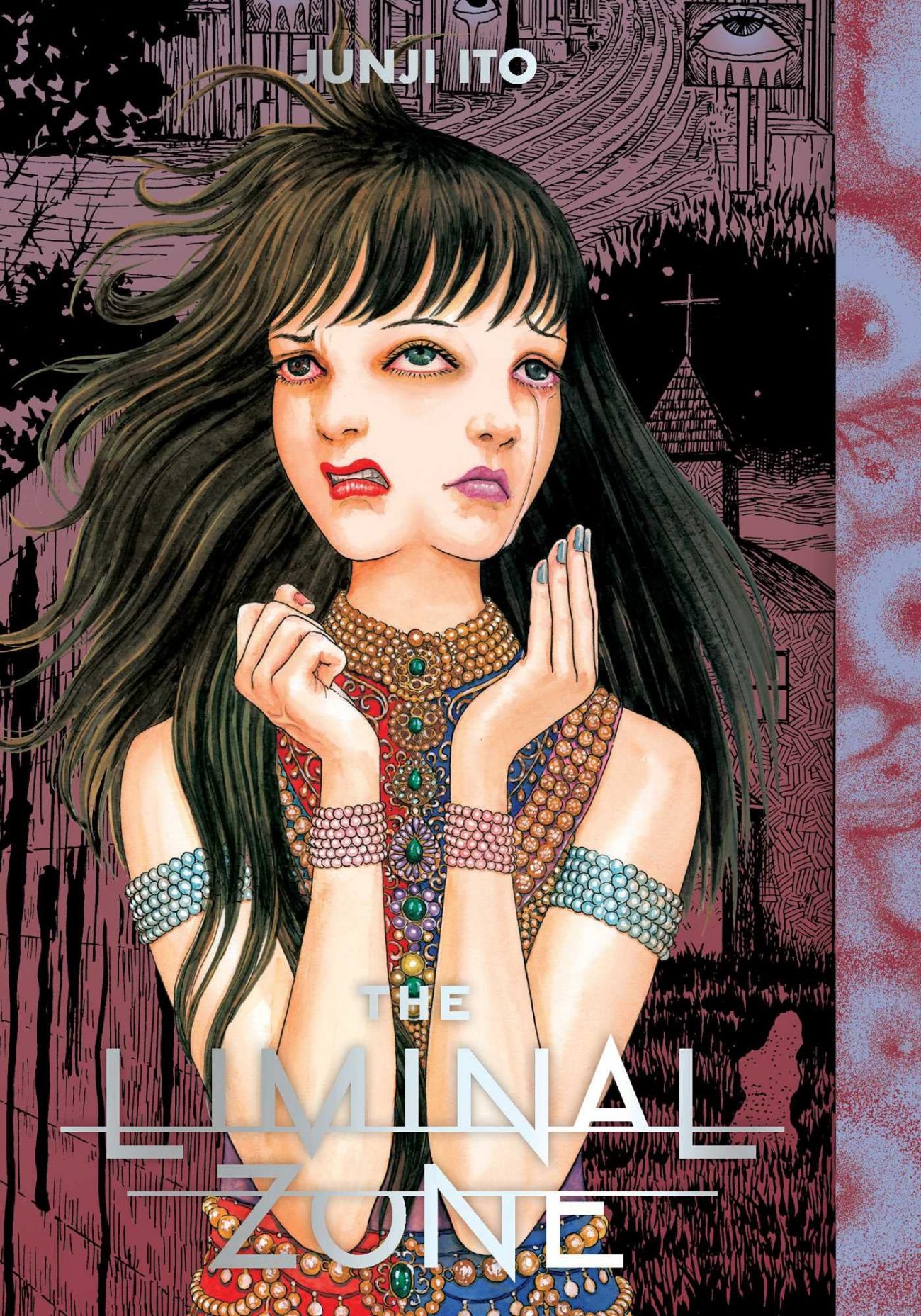 There are two different things that could happen if you give an author free rein. Half of the time, the work may find itself being overwhelming, to the point of it being almost too hard to read. The other half will result in a complete story, one that never feels rushed and is paced perfectly. Junji Ito is fortunate enough to be part of the latter half, as his recent short story collection The Liminal Zone showcases some of his best tales in years!

Originally released on the LINE app, The Liminal Zone is four short stories that loosely deal with death. Since LINE gave Junji Ito the freedom to make his stories as long as he wanted, it allowed the author to polish the narratives and have no need to wrap them up too quickly. As a result, the four stories on display showcase many of Ito’s greatest strengths, ranging from his knack for disturbing imagery to his usage of dark humor. On top of that, these are stories that will find a way to linger in your subconscious for a very long time.

The collection begins with “Weeping Woman Way”, with the couple Yuzuru and Mako witnessing an hysterical woman crying at a funeral. Suddenly, Mako finds herself unable to stop crying, to the point where the couple’s bed becomes soaked with her tears when they wake up. A visit back to the town where they first saw the weeping woman reveals a whole community of crying females, who won’t stop sobbing until the dead are fully at peace. It results in a tale that goes back and forth between being creepy and humorous, in ways where its tonal shift doesn’t feel jolted. 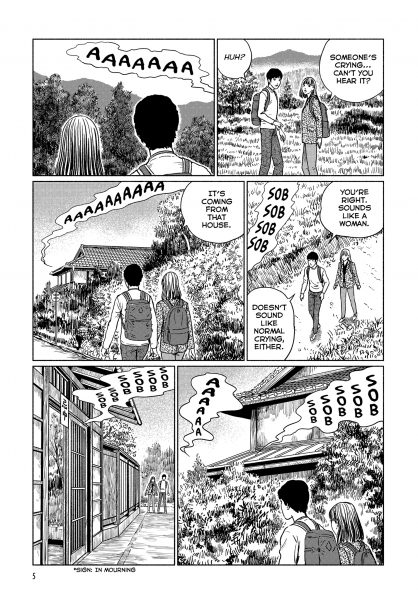 “Madonna”, the second story in The Liminal Zone, follows a Catholic school girl named Maria Amano. She begins to feel the gaze of the Principal’s wife Misuzu, whose intimidation has earned her the title of “angry witch woman”. But any student that irks Misuzu feels her punishment, to the point where salt will start coming out of their ears. Feel her wrath even more, and a much more horrible fate awaits.

Ito could be using “Madonna” as social commentary on how certain religions like to brainwash their followers. As Misuzu thinks she is the reincarnation of the Virgin Mary, her wicked wills and ways are treated as divine punishment. It gets even weirder when Maria starts seeing weird salt statues all around campus, but no weirder than seeing a salty Jesus crucified over a bunch more people-shaped salt mounds. As one can guess, there’s more to those salt mounds than them being mere works of art.

The wackiest story in the collection comes next, int he form of “The Spirit Flow of Aokigahara”. A couple whose made a suicide pact comes across the famed Dragon’s Mouth, with the man Norio being swept up by its spiritual flow. When he emerges, Norio has been cured of his ailments, and finds new meaning to life. However, he keeps on wanting to be swept by the flow, in hopes of becoming 100% fit. 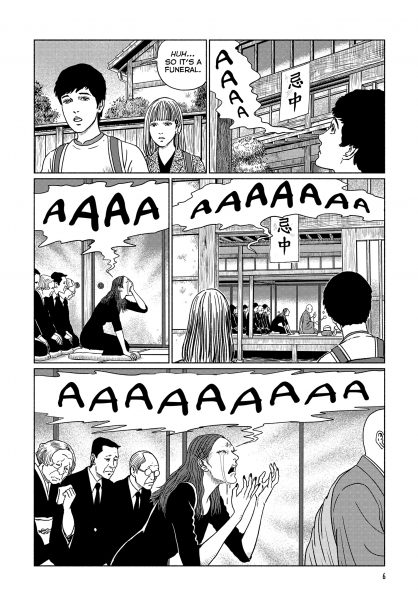 As time goes by, Norio’s physical appearance becomes leaner, to the point where his skin is shiny and head slightly pointy. His girlfriend Mika’s concern grows more, especially when Norio makes a new friend and starts licking his body with glee. It leads to a discovery within Dragon’s Mouth that spells out the fate that awaits Norio and Maki, one that brings a disturbing level of happiness once they experience it. All of it is wrapped up in Ito’s trademark open-ended conclusion, where readers will have to determine for themselves what happens next.

“Slumber” concludes The Liminal Zone, and it’s certainly the most disturbing of the four. Would-be lawyer Takuya Terada keeps having weird dreams about committing murder. But when he comes to, he finds his crimes have spilt out into the real world. Unsure how and when he’s buying the murder weapons and outfit, Takuya finds himself terrified at what could be a split personality situation. Fortunately, his friend Kanami sets out to prove he’s not a killer in the slightest.

Where “Slumber” succeeds is in its pacing. You think Takuya’s the killer, only for certain signs to pop out that shows why he couldn’t have done it. As the story goes on, the more disturbing elements of the murders are brought to light. Once all is revealed, it would appear that everything is wrapped up. But no, Ito’s got another trick up his sleeve! 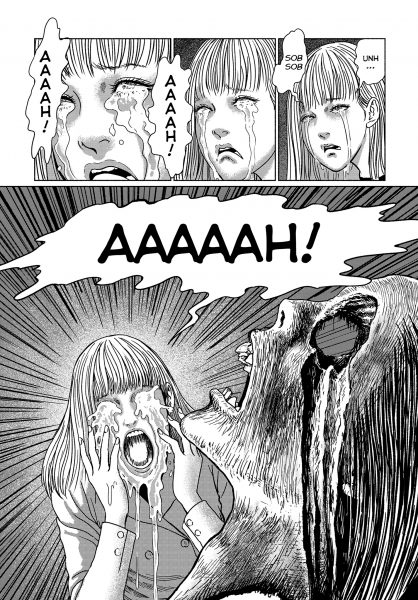 It’s hard to talk about The Liminal Zone without spoiling some of its twists and turns. Ito has a knack for making things mysterious, and the less you know about his story’s third act (or even second), the better. What you should know is that when it comes time to bring something disturbing to the readers’ eyes, Ito never disappoints! From Mako’s crying to Takuya’s sleep-deprived gaze, all of the characters are showcased with creepy imagery that’ll be burned into your brain for ages.

And thanks to LINE’s free rein, The Liminal Zone results in Ito delivering four stories that are destined to be placed high on the list of his greatest works. Creepy, funny, and all-around entertaining, Ito’s latest work shows why the king of horror manga has plenty of great ideas still within him. Laugh and shriek with delight, as The Liminal Zone gives readers plenty of reasons to laugh nervously while reading. Just don’t cry; you might never stop!