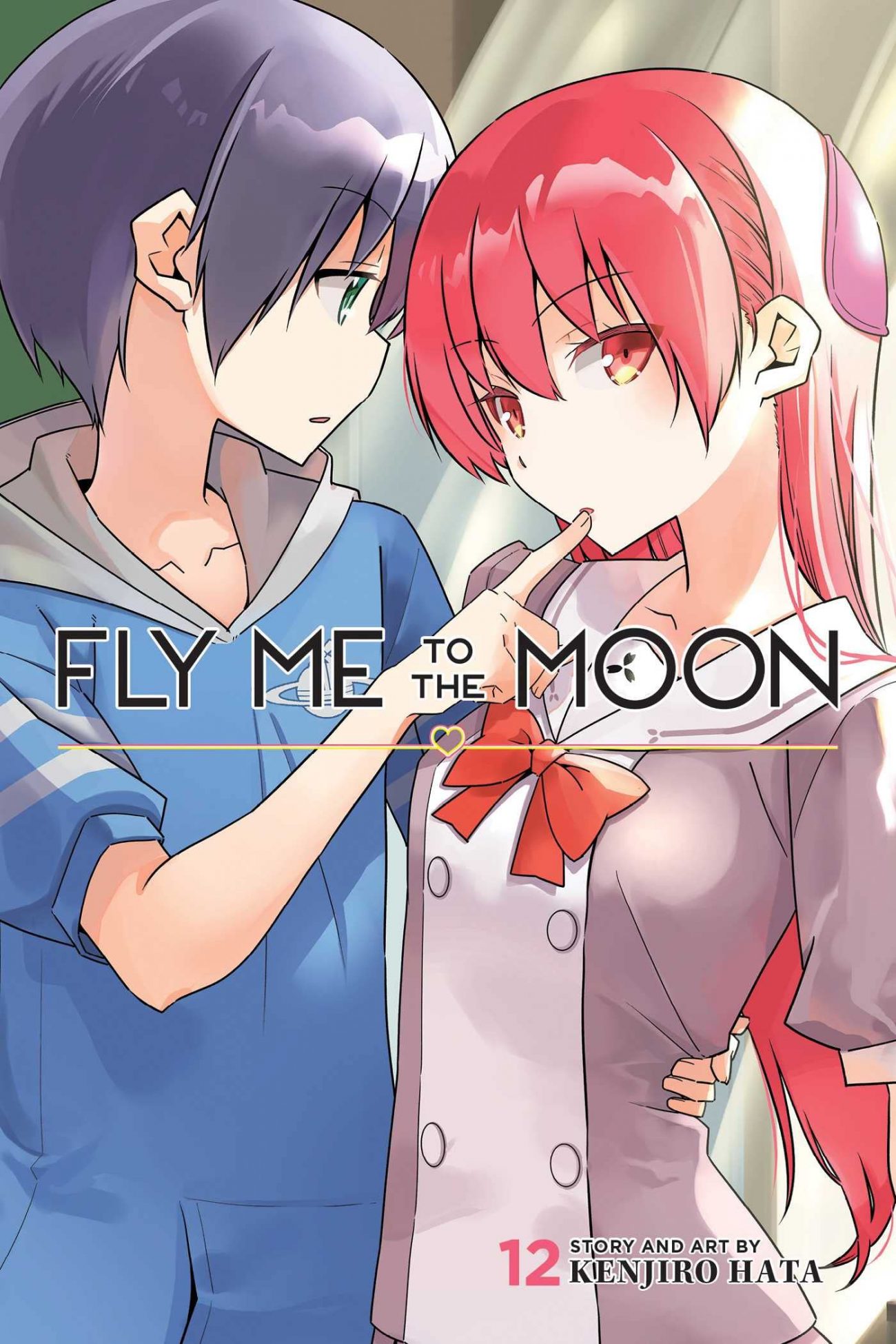 Everybody gets jealous, even those who are as cool as a cucumber. Despite looking like nothing troubles her, Tsukasa does have her fair share of insecurities. With Nasa now working at an all-girls school, her pining for her husband becomes ever-so stronger. It also doesn’t help that Fly Me to the Moon throws characters at Tsukasa who do nothing but fuel those flames of jealousy.

In Volume Twelve, Nasa is getting cozy in his new gig teaching high school girls how to code. But his time away from Tsukasa is causing his wife to worry that him being surrounded by cute ladies will deter his attention from her. That’s when the wife starts toying with her husband, as she does her best to admit that she’s the cutest woman in his world. Knowing Nasa as we do, he’s bound to go one step beyond to praise his gorgeous wife. 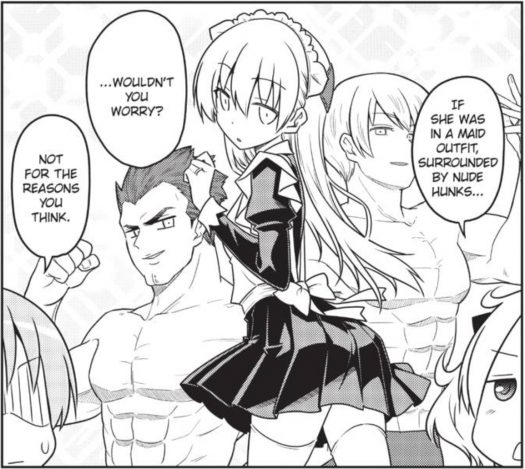 Nasa’s new teaching role also gives him the chance to mentor those both within and outside of class. Whether it’s creating a better way to look up a student’s progress to mere words of encouragement, Nasa almost always finds a way to give the best advice. That is, until one student needs some romance tips, which — despite being happily married — is one of the things he’s not the best at. But with the aid of Kenjiro Hata’s trademark humor, a way is found with the right amount of will!

Said comedy is what keeps Fly Me to the Moon’s romantic elements charming rather an eye-rolling. Nasa and Tsukasa are a couple who find as many ways as they can to show their love privately and publicly. Naturally such a couple would be groaned out of the vicinity they’re traversing in, but it’s Hata’s comedy and impeccable timing that keeps the husband and wife adorable. It also helps that they’re constantly surrounded by morons whose help often does more damage than good. 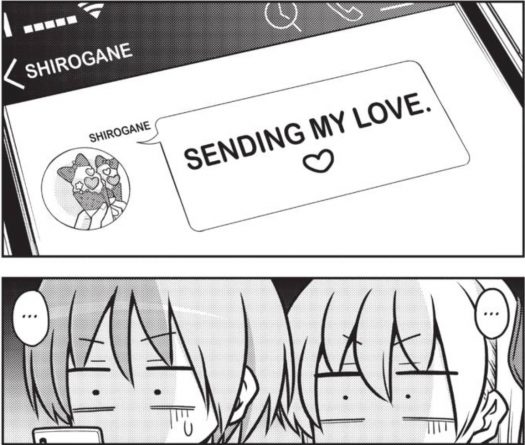 Their friends often start a fire of stupidity that causes Nasa and Tsukasa’s romance to be put to the test. Often it’s the wife that’s somewhat roped into doing these unnecessary things to prove Nasa’s love, ranging from cosplaying as a high schooler to following her hubby and spying from a little afar. Thankfully, Hata doesn’t paint Tsukasa as an idiot; she’s just looking for some solid reassurance. And as one can predict, Nasa finds ways to pull the moon down for Tsukasa to show that she’s the only woman for him.

Fly Me to the Moon continues to showcase Hata’s great strengths as a rom-com author in its twelfth volume. While he of course dabbled in it for Hayate the Combat Butler, Nasa and Tsukasa’s story is chock-filled with lovey-dovey silliness for all to enjoy. However, a certain figure keeps showing up that may hint at Tsukasa’s mysterious past. And as Volume Twelve concludes, the time for the reveal seems to be nigh… 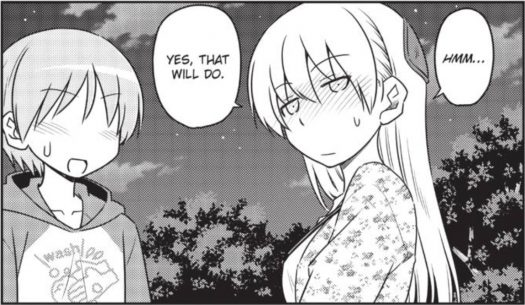 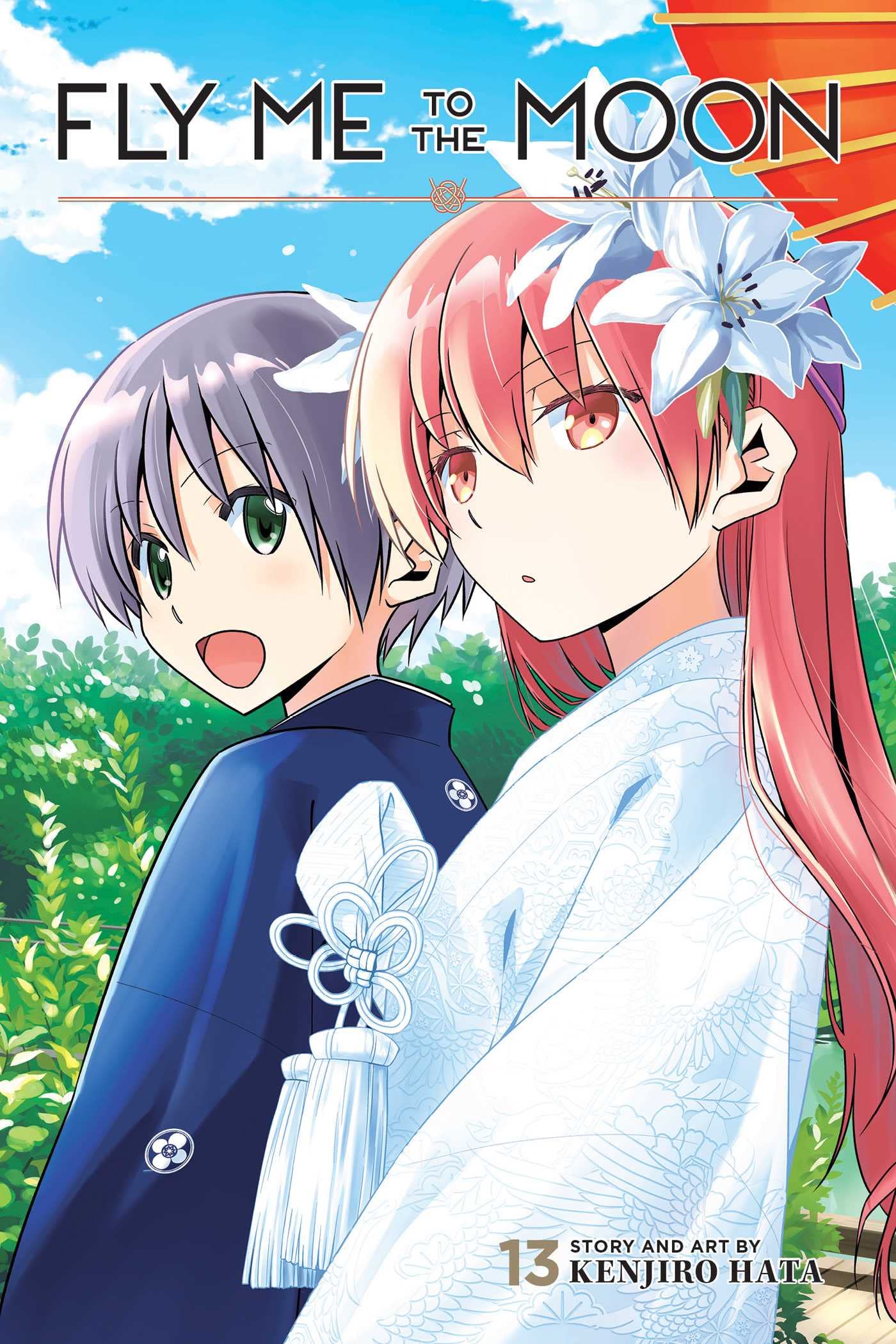 At first, it would seem like Fly Me to the Moon’s Tsukasa was the famed Princess Kaguya. To be frank, everyone thought that at first. Turns out that we were wrong, as a legit Kaguya has entered Nasa and Tsukasa’s world. Does it change anything with their dynamics in the thirteenth volume?

To begin, readers are introduced more to the character of Kaguya. It’s clear she’s been around for a long time, as she speaks of seeing classes and lessons repeated for well over a hundred years. However, it’s her purpose for being on Earth that winds up being the most shocking, as it deals with Tsukasa. It’s not to be friends or to protect her; Kaguya’s itching to kill her! 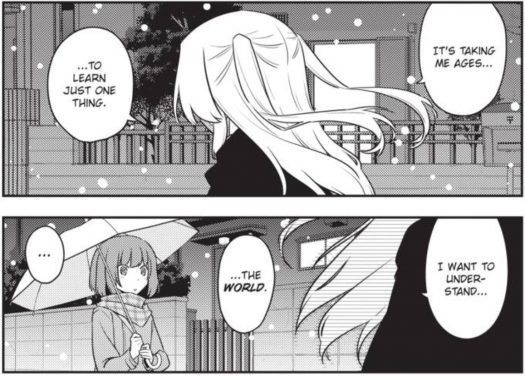 This leads to Nasa having a realistic dream, which has him visit Tsukasa in the past. The tone of the dream is one of farewells, something that doesn’t settle well for Nasa. Waking up, the boy’s in tears, as what he witnessed truly bothered him. Fortunately, all it takes is seeing Tsukasa’s smile in real-life for the bad feelings to vanish, with Nasa once again blessed to have her in her life.

With this volume of Fly Me to the Moon beginning with some darker elements, it’s hinted that a change in tone may occur in the future. While I don’t doubt Kenjiro Hata’s writing skills, one has to wonder how he’ll handle stepping away from his comedic comfort zone. Perhaps it helps that the likes of Nasa and Tsukasa aren’t one-dimensional characters, as the way they’ve evolved since the manga’s beginning has given them some terrific character growth. Will a dramatical turn of events help push them to grow more, or could we see a weakness revealed in Hata’s original narrative? 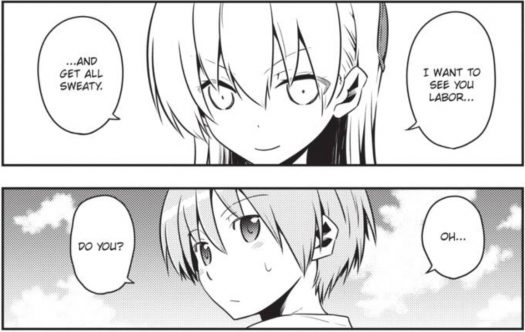 We don’t have to worry about that, as the rest of this volume brings things back to the comedic side. Nasa’s students barge into the public baths he & Tsukasa live in, with the girls causing naked chaos in the saunas. Things get more wild when the girls invite Nasa, Tsukasa, and Aya to a haunted mansion, which “coincidentally” was once owned by a young girl and a certain combat butler. But it’s when Nasa and Tsukasa get into lovey-dovey mode when the comedy hits gold.

A story involving Aya wanting to build a pond solely to drain it has Nasa out in the yard digging. The sight causes Tsukasa to fluster, with her husband’s hot & sweaty body doing things to her hormones that she never thought could occur. Yet the sight of Tsukasa flustering up causes Nasa to be nervous around her. Once the couple gathers enough courage to compliment one another, well, I’ll put it the way the narrator says it: “Things got mushy.”

Volume Thirteen of Fly Me to the Moon showcases what makes Nasa and Tsukasa a delight. With that being said, new waters are being tread here, with the addition of Kaguya officially to the world. As she’s the one watching and initiating the scares during the haunted house trek, one must wonder if she’s got something twisted in mind for Tsukasa. Here’s hoping whatever she’s got planned, that luck is on the side of Nasa and Tsukasa. Knowing them, I’m certain they’ll be fine…maybe.