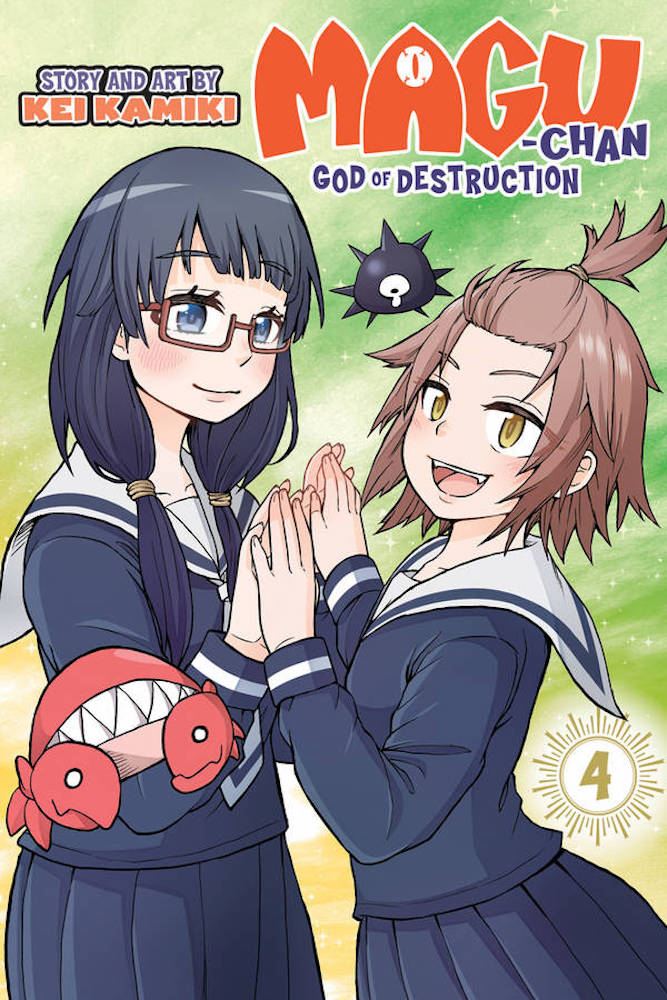 Let’s say you haven’t been home for quite some time. You decide to spring a surprise visit, only to be greeted with a peculiar situation. Standing by your child is a creature not known to Earth, with an aura beaming with evil. How would you react? 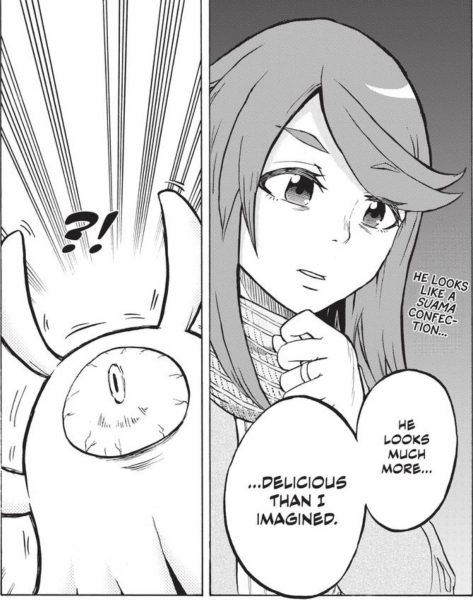 Volume Four of Magu-chan: God of Destruction begins where its third volume ended. Ruru’s mother Rui finally comes home, with Magu-chan confused over why his minion’s dotting over the woman. But the more he sees the mother in action, the less of a threat she seems to Magu-chan. In fact, despite his evil ways, the God of Destruction and Rui have plenty in common with one another, especially when it comes to caring for Ruru.

The two bond more during the first shrine visit of the New Year. What follows is the strangest game of Where’s Waldo concocted…if Waldo was a one-eyed tentacle monster. Magu-chan hides and blends in with the surroundings in ways that are…well, they’re not perfect, but Rui gives him points for the more creative ways. Sadly, Rui must depart once more, but not before giving her daughter and Magu-chan some much-needed advice. 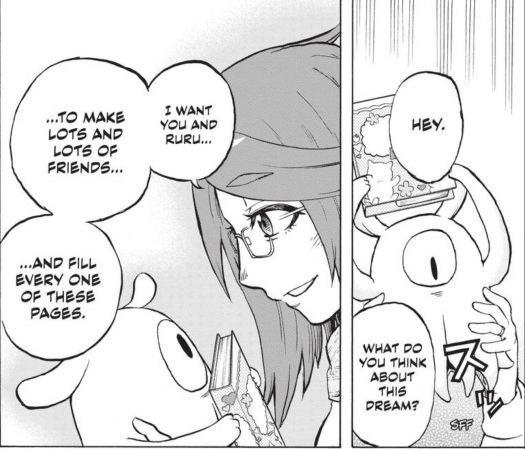 There’s no time to bid farewell, as this volume of Magu-chan: God of Destruction introduces us to three brand-new characters to the mix. And like Magu-chan, Naputaaku, and Uneras, they have their fair share of quirks. An urchin-looking being named Zonze Ge is filled with self-doubt, something he can infect people with via his spikes. Gu La’s towering size makes him seem like a formidable opponent, until his true self is revealed from under the sand. Finally, there’s Muscar of Fate, who appears to be the series’s first true baddie!

While there’s been plenty of battles and fights showcased in Kei Kamiki’s manga, the fight with Muscar is the first that feels like a genuine threat. On top of him not pulling back any punches during their fight with Magu-chan and his friends, it’s revealed that he’s caused quite a lot of problems for him throughout this manga’s current run. The fact that Muscar has others on his teams shows that many more will arrive to cause Magu-chan, Ruru, and the rest problems in the near-future. 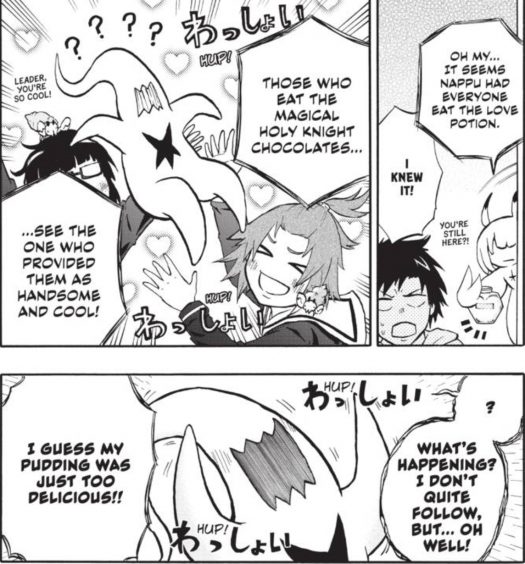 Of course, Magu-chan: God of Destruction is a comedy first and foremost, and there’s plenty of laughs to go around! Zonze Ge’s introduction brings plenty of mood swings to all the classmates, especially the Holy Knight Izuma. Love potion-filled chocolates get mixed in with Naputaaku’s pudding, giving him something of a big win for once in the art of being worshiped. Then there’s the hot pot fiasco, which is too funny to spoil any of the visual gags & treats.

Magu-chan: God of Destruction has done plenty of evolving since its first volume. Its world is ripe with wonderful characters and fun situations. This latest volume showcases a bountiful of creative new characters, on top of a genuine villain that can shake things up for Ruru and her godly friend. But if I were a betting man, I’d say Magu-chan’s got any sort of threat taken care of, provided that you give him plenty of natto to appease him. 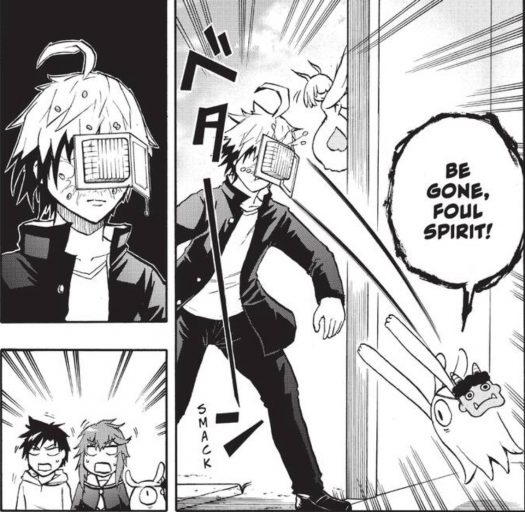