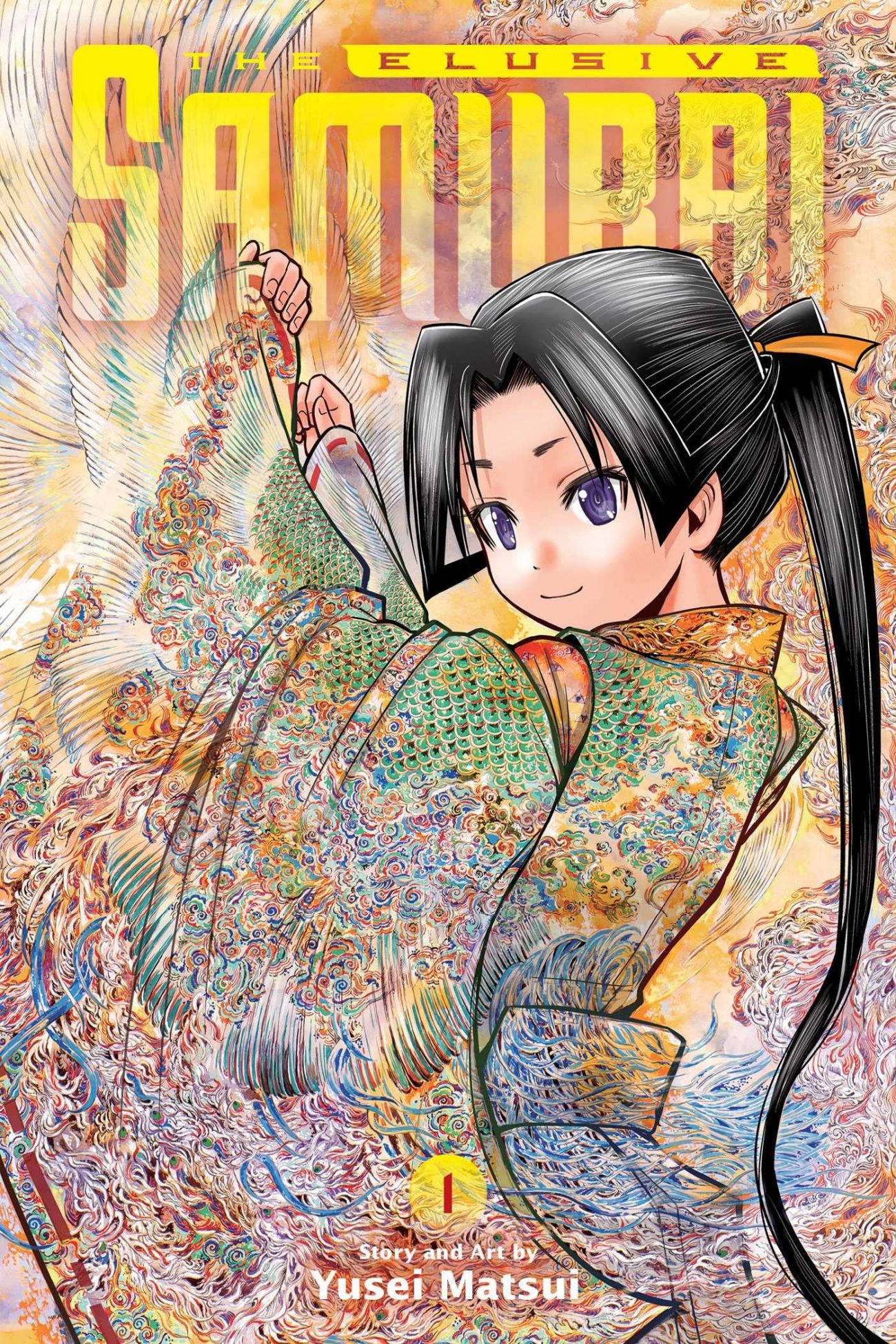 There’s a saying: “The best defense is a good offense.” In order to avoid turning tail, one must build enough strength to push back the enemy. But what happens when the offensive line is slain? The Elusive Samurai, the latest series from Assassination Classroom creator Yusei Matsui, demonstrates why a strong defense can also become a great offense.

Inspired by Japan’s Kenmu Restoration era, The Elusive Samurai follows the tale of Tokiyuki, the son of Shogunal Regent Hojo Takatoki. Not one for taking up the sword, Tokiyuki seeks to live a life free of too much responsibilities. He puts his trust in Ashikaga Takauji, a warrior seen as the strongest within the kingdom. But behind the scenes, a big turn of events is about to shake up the foundation of Japan itself. 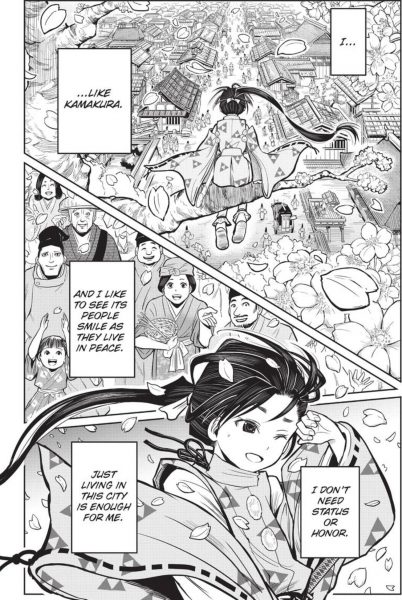 It all begins with Tokiyuki running into Suwa, a Shinto Priest with a distrustful smile and a beaming essence. Foreseeing the future, Suwa tells Tokiyuki that great things await him in the future, as the young boy will “shake Heaven” by the age of ten. Tokiyuki throws the premonition aside, claiming that Suwa is more con artist and less man of God. However, in less than a month’s time, Tokiyuki will lose his family, his kingdom, and his title, all thanks to Ashikaga’s betrayal.

Thus commences Tokiyuki’s journey of revenge, as he seeks to reclaim the glory that was stolen by him. From backstabbing uncles to bloodthirsty statesmen, everyone under Ashikaga and Emperor Go-Daigo’s command seeks the young heir’s head. Thankfully (maybe), Tokiyuki has Suwa on his side, who aims to help unleash his potential. Where said potential comes from lies in Tokiyuki’s ability to hide and flee, a strong element of defense. 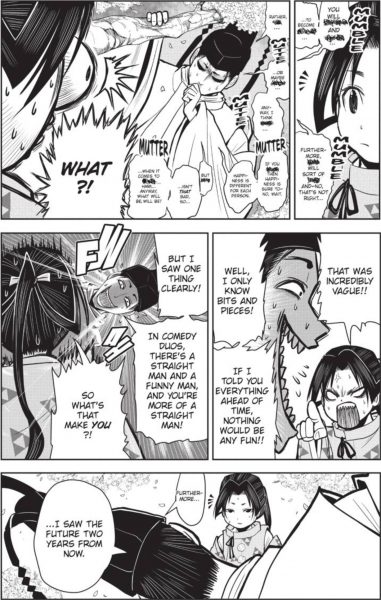 Where The Elusive Samurai focuses its narrative is in Tokiyuki’s growth as a fighter. As he is known more to flee from danger and responsibility, Suwa and Tokiyuki’s remaining allies seek to build up the boy’s defense and transform it into a form of battle. It feels reminiscent of Boji’s sword-fighting techniques in Ranking of Kings, as both heroes use their speed to gain the upper hand. Unlike Bojji, Tokiyuki doesn’t yet have the warrior’s spirit, hence why Suwa and everyone else are trying to light a fire within it.

This results in a first volume that bides its time with its character growth. At times, it feels like Matsui is dragging his feet to get his characters to evolve. Of course, those who have either read or watched Assassination Classroom know that the author likes to build up said evolution, sometimes unleashing it right towards it end! The same may occur here in The Elusive Samurai, as we see the sort of power Tokiyuki is able to unleash when the right amount of motivation is initiated. 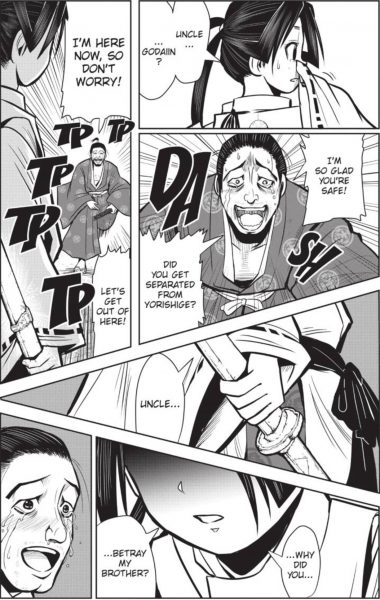 Tokiyuki’s battle against his Uncle Godaiin Muneshige showcases that growth that’ll occur throughout this narrative. Because he’s the one who caused the death of his brother, Tokiyuki pushes all of his defensive maneuvers in order to avoid death at all costs. It builds up towards one final strike, as the young warrior-to-be makes his first kill with explosive effect! The moment not only signifies Tokiyuki’s first step towards newfound glory, but also a sense of closure to do right for the wrongs that befell his fallen brother.

These moments are captured beautifully in Matsui’s gorgeous artwork. When fights commence, every blow and swing is showcased with much care and detail. However, it’s when The Elusive Samurai is allowed to laugh at its surroundings when the visuals have the most personality. One could easily see Suwa as a stand-in from Matsui’s first Shonen Jump hero Neuro, with his creepy smile and powers bringing both silliness and hope to Tokiyuki and his surroundings. 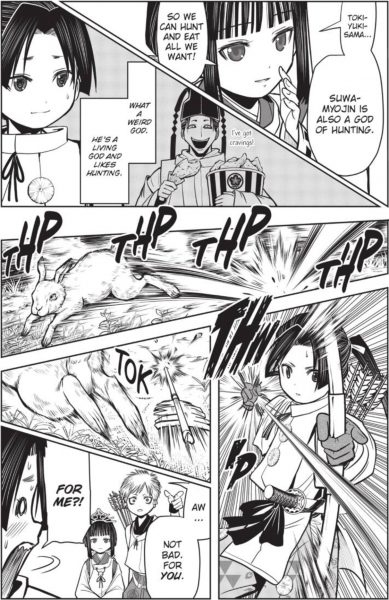 The Elusive Samurai starts on a good foot, albeit not an entirely strong one. Perhaps this is intentional, as its hero Tokiyuki hasn’t even reached a tenth of his true strength. Knowing Matsui and his storytelling means, this is one tale that’ll unleash its potential at the right moment. When it does, one can bet that The Elusive Samurai will lay claim to the glory it aims to grasp!