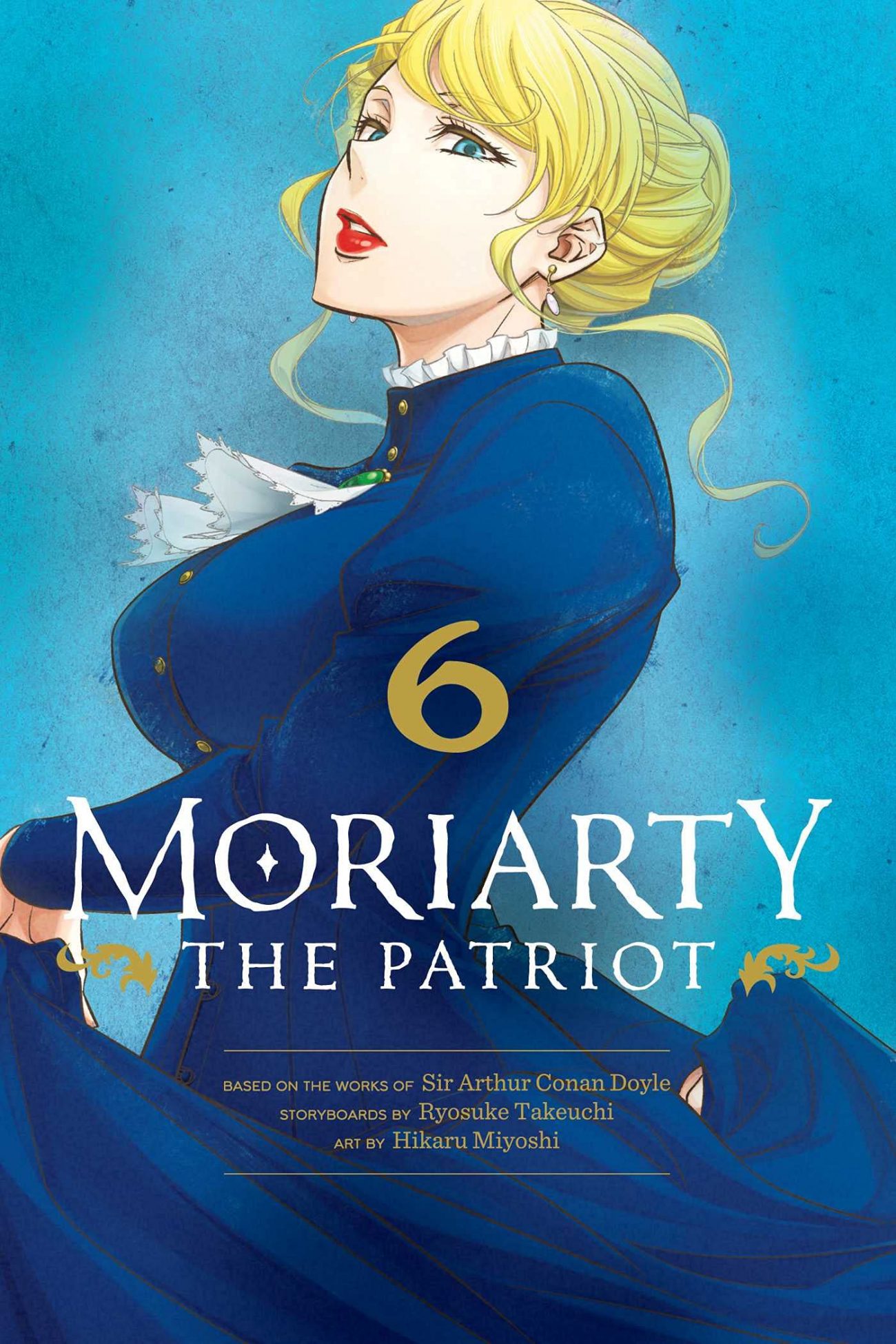 The fun thing about adapting classic works is having the ability to mix it up with other parts of classical literature. Of course, this could lead to some questionable fan fiction, which can be entertaining for the wrong reasons. Fortunately for Ryosuke Takeuchi and artist Hikaru Miyoshi, their take on Sir Arthur Conan Doyle’s Sherlock Holmes has been delight, with its focus more on his greatest nemesis. Now in its sixth volume, Moriarty the Patriot aims to go further with playing with multiple worlds of fiction.

Continuing on with “A Scandal in the British Empire”, Irene Adler has in her possession a piece of important government documents. When attending a masquerade, Irene has some one-on-one time with James Moriarty, who reveals himself to be the Lord of Crime. After seeing another higher-up bite the dust, Irene finds herself in trouble, even when Moriarty promises her protection. However, after an explosive trick, Sherlock Holmes discovers the awful truth behind the documents Irene stole. 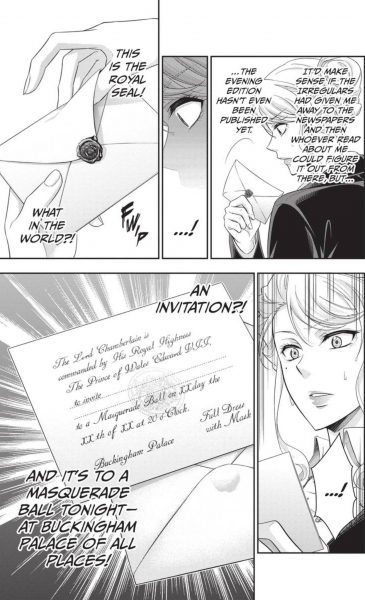 The story becomes a race against time to save Irene Adler from death. As the documents contain the shocking facts about Britain’s involvement with the French Revolution, it appears that the only way for Irene to escape is for her to continue running. However, the Moriarty brothers have a different plan for her, one that almost is ruined due to Sherlock’s meddling. But just when things seem at its craziness, Mycroft magically plays a hand of his own in the situation.

“A Scandal in the British Empire” is Irene Adler’s story through and through, with the Holmes and Moriarty siblings all playing their own bit parts. With Moriarty the Patriot playing around more with the actual story, it gives Adler’s fate a much better situation. This is the smartest women in the Sherlock Holmes universe, so why wouldn’t we see Moriarty use her for his own plan? It results in her aligning with the Lord of Crime, throwing away her name, and choosing a new one. 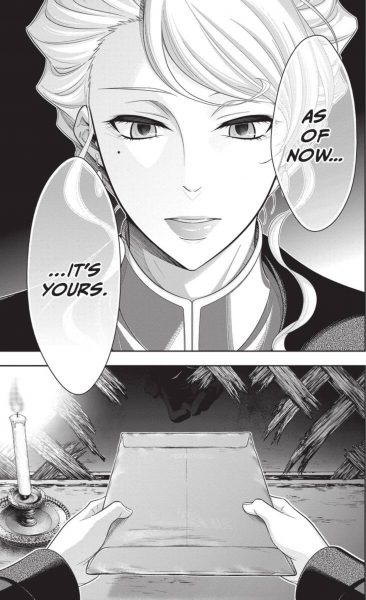 That new name…well, I really cannot spoil just how much of a delight the reveal was! But with the creation of a certain secret intelligence service, the name was bound to show up in one way or another. Needless to say, how it’s handled is both creative and fits surprisingly well with the world of Sherlock Holmes. Once you see it, you’ll either have two reactions: a squeal of delight or a groan of annoyance. (I certainly hope you all have the former!)

Volume Six of Moriarty the Patriot ends the tale of Irene Adler, but it’s certainly not the end of her entirely. How she’ll fit into the Lord of Crime’s schemes will no doubt bring William’s goal of true British equality to reality. And with Mycroft now having a hand, one can hope that Sherlock won’t think any lower of his brother. Perhaps the two should sit down and talk things over with a drink, one that’s shaken and not stirred. 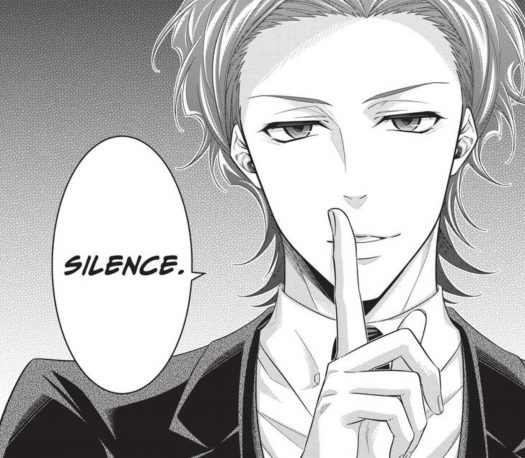 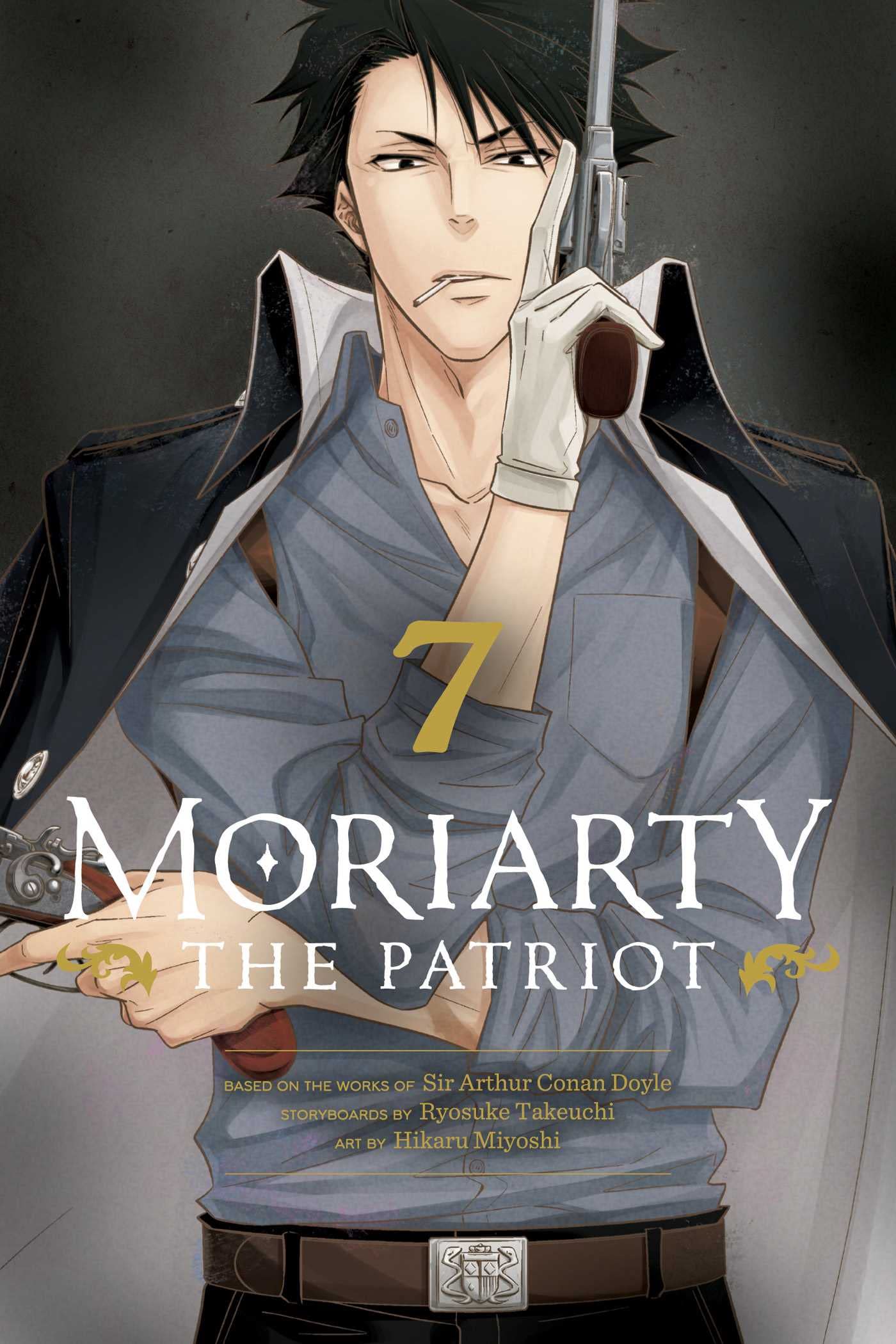 Now that Irene Adler has joined Moriarty’s crew (under a new & clever alias), London’s fate keeps teetering like a scale constantly adding weight to either side. Moriarty the Patriot does a wonderful job with its nods to other figures in classical literature. So how would the series fare when a real-life villain enters the foray? Volume Seven answers that question with quite the Ripper…

But before the notorious killer arrives, Moriarty’s new crew mate must first prove themselves with a mission. Teaming up with Moran, Adler (whose new name I’ll still keep secret in this review for the time being) must find a way to deal with a gang of bank robbers. It’s not just a test of their skills in combat, but also their ways with strategy. The end result is a clever plan that not only keeps their identity in check, but also earns the respect of Moran…even if it costs him every drop of drink in his flask. 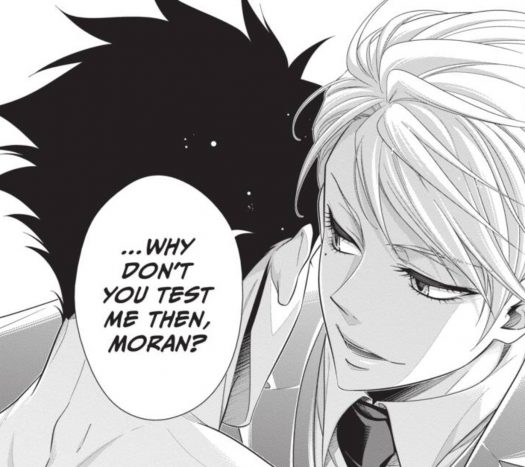 Soon, the next big story begins in “The Phantom of Whitechapel”, as a killer going under the name Jack the Ripper starts terrorizing London’s streets. However, this Jack isn’t the real one, as the true Ripper is under Moriarty’s pay roll. It’s an opportunity that gives Moriarty a chance to take down something far more wicked than a mere killer; rather, it’s a shadow syndicate that he’s eying. With the aid of his crew, Holmes, and even the lower class of London, Moriarty sets to uncover a truly great evil that needs to be cleansed.

Jack the Ripper has crossed paths with Sherlock Holmes in fiction before, but not via Doyle’s pen. These face-offs have appeared in film, TV, and even video games. But in Moriarty the Patriot, there’s a great balance between going camp and staying true to the real-life murderer. That’s where Moriarty uses the poor class’s frustrations with the law to his advantage, with the clashing sides coming together to take down a common enemy. 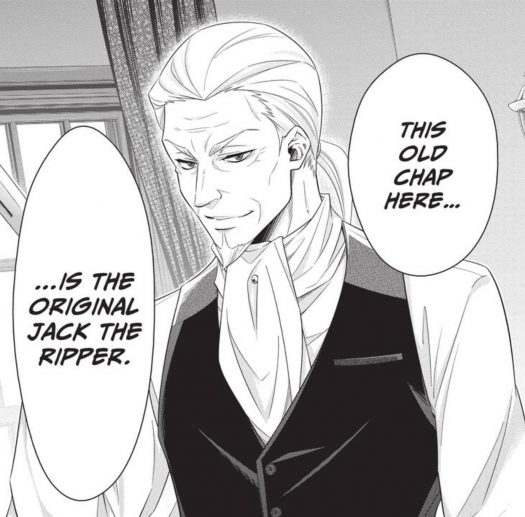 There is a level of ridiculousness that’s on display during “The Phantom of Whitechapel”, especially when watching the real Jack evade the cops. Nevertheless, it’s still entertaining as hell seeing the old man use every trick in the book to escape from the 300+ cops that are on the chase. When the police then use a Gatling gun to take down Jack, Moran and Adler pull off a maneuver that’s so batshit crazy, that one can’t help but laugh with delight when seeing it implemented. It’s the level of fun and cleverness that this series delivers that keeps even the most cuckoo of ideas somehow grounded with a sense of realism and coolness.

Whether it’s dipping its toes in the waters of fiction or nonfiction, Moriarty the Patriot delivers something both entertaining and intriguing with every tale spun. There’s no way of knowing if Sir Arthur Conan Doyle would appreciate how his characters are showcased here. However, he must certainly be smiling over how even over 130 years since Sherlock Holmes first appeared, that they’re still entertaining readers with new twists to his formula. To still add fresh DNA to the world of Holmes and Moriarty and make it feel true-to-form, that’s a task that Moriarty the Patriot has pulled off without breaking too much of a sweat! 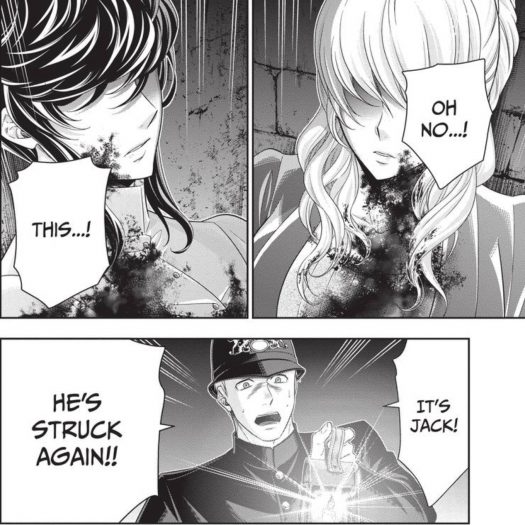