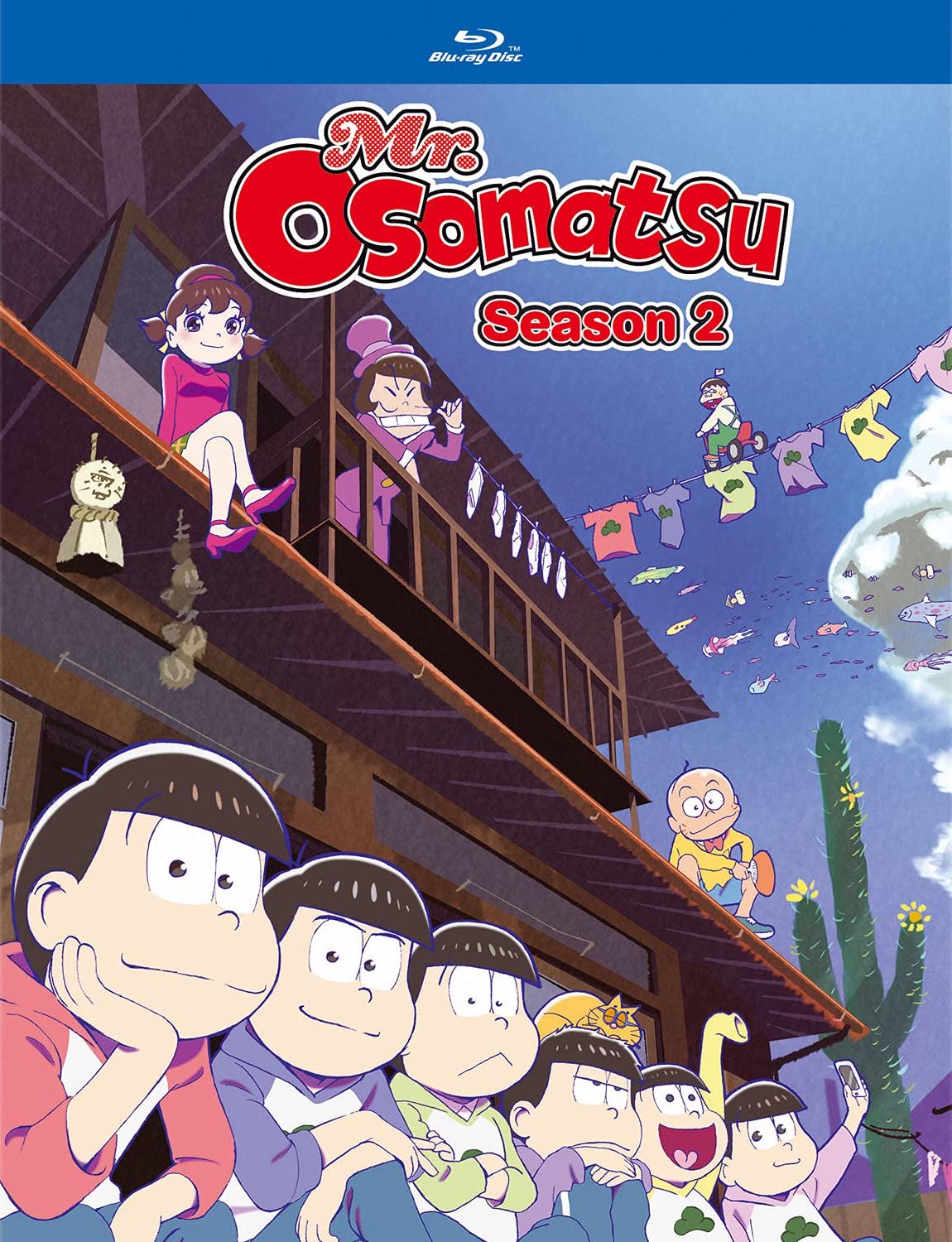 Bringing a Showa-based comedy to the modern day can be a gamble at times, especially with the way humor has evolved since that time. The first season of Mr. Osomatsu struggled with this in its first half, with its comedy only being understandable to those who grew up in Japan during that time. VIZ Media’s English dub of this half did a good job Americanizing the jokes, making it easier to enjoy on this side of the ocean. But when the second half of Season One kicked in, that’s when the comedy went full gear into the land of bonkers insanity, transforming into an anime comedy that anyone can enjoy.

With the knowledge of a worldwide audience in its back pocket, Mr. Osomatsu held nothing back when it came time to unleash a second season. The result: a sense of humor that goes beyond the realm of bad taste. In other words: pure comedic bliss!

Like the first season, Mr. Osomatsu doesn’t follow a storyline of sorts. Told in a series of segments, the show continues to follow the sextuplets Osomatsu, Karamatsu, Jyushimatsu, Choromatsu, Todomatusu, and Ichimatsu. They laze about, complain about being broke, have severe gambling issues, and are destined to be cherry boys forever. Their “friends” circle isn’t any better, with the shyster Iyami, oden-maker Chibita, and the frustratingly cute Totoko also causing some sort of mischief and mayhem for the brothers.

I will forever argue that the first episode of Mr. Osomatsu Season Two is the funniest season premiere in anime history. Without spoiling the good parts, the premiere has the Showa-based sextuplets looking at what their future holds after their new season succeeds. What they’re greeted with are two visions: one with them becoming crappier people due to greed, and the other with them becoming proper people. And the reaction they get from their fellow costars is, well, I can’t give away the best part.

As the season continues, the antics go completely off the rail. From Dekapan’s super detergent causing the brothers to go invisible to Daiyon Cronenberg-ing the entire planet, the setups and punchlines are thrown as wildly as one of Jyushimatsu’s pitches. It goes into full vulgarity mode in many places, from cavemen versions of the brothers inventing a certain sex toy to Iyami’s ventriloquist act having an unfortunate accident. All of it is presented in an old-school visual style brought to life by Studio Pierrot (Naruto, Midori Days).

It’s one’s taste in gross-out humor that’ll depend on how they’ll react to this season of Mr. Osomatsu. This is the kind of show that’s never afraid to go the extra length for a laugh. Nipples are ripped off, balls are smashed, and bums are prodded, all for the sake of bettering a punchline. If this is what you like in comedy, then you’ll be in Heaven watching this season!

However, when Mr. Osomatsu takes a sharp left turn, it delivers something truly surprising. The best example of this involves Iyami helping a blind girl get her sight back, with the tale taking place in a post-WWII Japan. It delivers on some big laughs in the beginning, before smacking its viewers in the face with a heartwarming and endearing story of a man doing his best to change for the better. Although these moments come scarcely, one can truly appreciate it when the anime doesn’t want to play by its usual “dick & fart joke” rules.

This season also gives those English dub actors who had trouble matching with their Japanese counterparts a chance to shine. While he’s no Daisuke Ono, Michael Sinternklaas brings his Jyushimatsu to great strides, especially in an episode when he gets a kid pupil who looks up to him. Keith Silverstein goes beyond Kenichi Suzumura’s Iyami caricature, with an episode where he becomes an arcade master showcasing his comedic prowess as a delusional yuppie whose imagination is far greater than his true skills. The duo delivers on huge laughs in the “UMA Expedition Team” bits, with them and Cherami Leigh’s Hatabo attempting to find strange creatures with the worst kind of luck.

The laughs also deliver in the show’s six Blu-Ray bonus segments. The Season Two Announcement reveal plays on the long-dragging punchline, while “Osomatsu Broke His Bone” is a fine exercise in schadenfreude.“Totoko the Abalone Diver” delivers a visual gag that left my jaw hanging down to my chest, one that may be why it was cut from the original TV airing. However, it’s “Mr. Osomatsu Fan Appreciation Day 2018” where the humor reaches uncomfortable levels, with the main gag feeling reminiscent of the 2021 Tokyo Olympics.

Mr. Osomatsu Season One took its time to find the right notes to hit; Season Two grabs hold of that karaoke mic and hilariously screeches its vocal chords off. Its premises can sometimes be nonsensical, but they’re able to hit its punchline almost every single time. While it sticks with its Showa roots, Mr. Osomatsu has its spirit and funny bone shining bright enough to stand out in the Reiwa era. Sheeh!

MANGA REVIEW | The Art of Taste in...