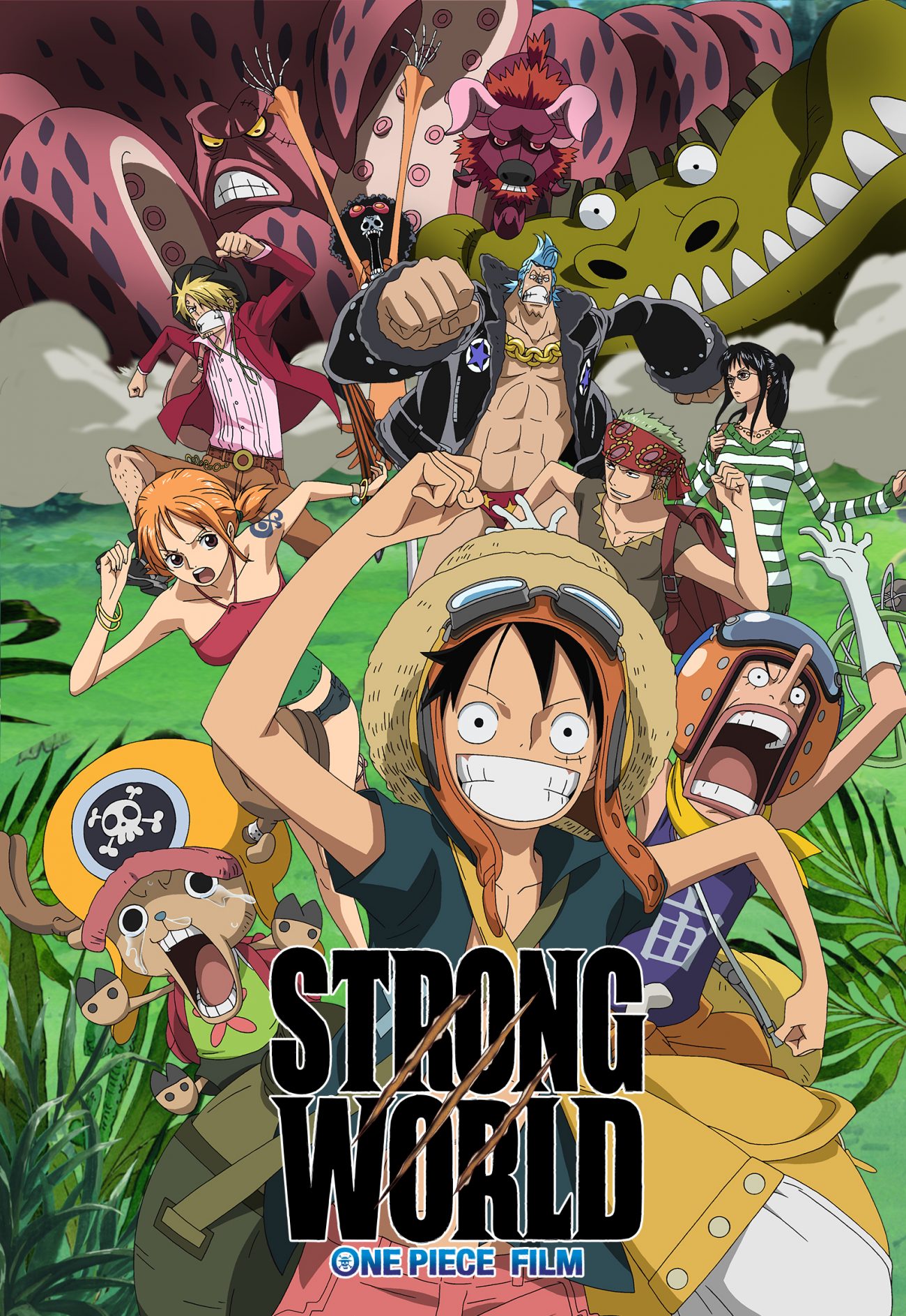 The thing that I can appreciate most about the One Piece franchise is that you have no need to marathon through its 1000-episode anime to understand their standalone films. Luffy, Nami, Usopp, Tony Tony Chopper, and the rest of the Straw Hat Pirates have enough personality and chemistry to hold up a film that not even longtime viewers and readers can fully comprehend. And when Toei Animation wants to go big with One Piece, it does so with great stride. This is demonstrated well in the 2009 theatrical adventure Strong World, which hits US theaters for a very limited engagement.

Putting their crosshairs on the Straw Hat Pirates and the world is Shiki, a pirate so tough that he ripped his own legs off to escape his prison shackles. After witnessing Nami’s talents with navigation, Shiki and his crew kidnap her while sending the rest of the crew down below towards his floating islands. There Luffy, Zoro, Brook, and the rest deal with giant monstrosities, a troubled village, and a mysterious disease with a cure only Shiki contains. 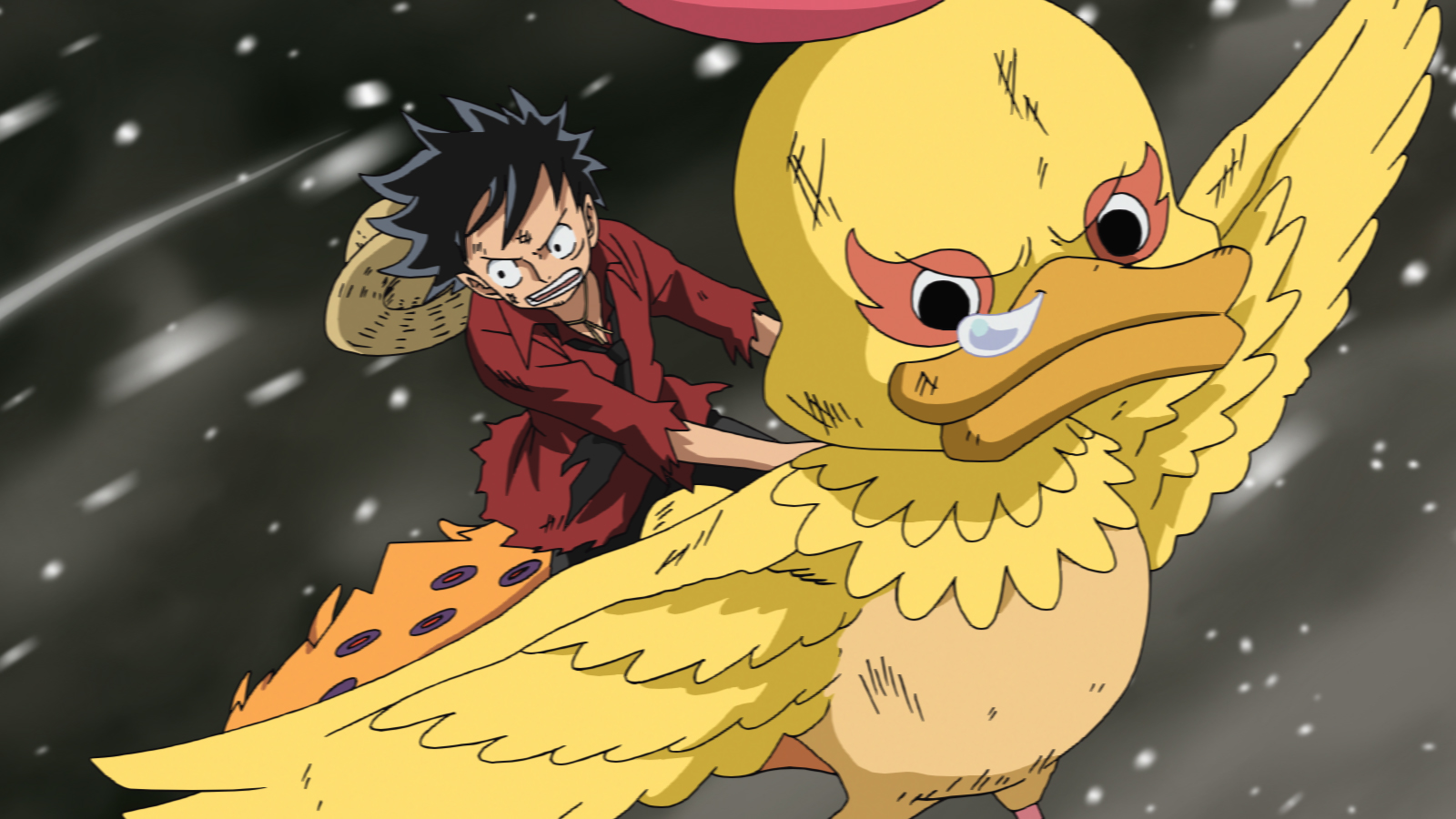 There’s a cartoonish look to the people, creatures, and places the Straw Hat Pirates roam, to the point where their personalities and attitudes feel more akin to Looney Tunes than Dragon Ball. And this becomes ever so clear when you see the massive creatures that everyone finds themselves fighting against. Gators, sharks, dinosaurs, and even an army of ants are presented with wacky appearances that mesh with their more catastrophically violent actions. But the one animal that steals the thunder is Billy, an electrical bird who caws like the Chicken Lady from The Kids in the Hall.

But this is what One Piece: Strong World gets right regarding creator Eiichiro Oda’s vision. The world of this franchise is just one bonkers location after another, as the realms and its inhabitants bring forth more imaginative concoctions than one could think for themselves. And this film goes all the way in with its zany ideas and how they are executed. While most anime franchise-based film feel more like minor extensions of said show, Strong World instead goes big and brings forth a mammoth-sized bowl of creative juices to the already-massive One Piece universe. 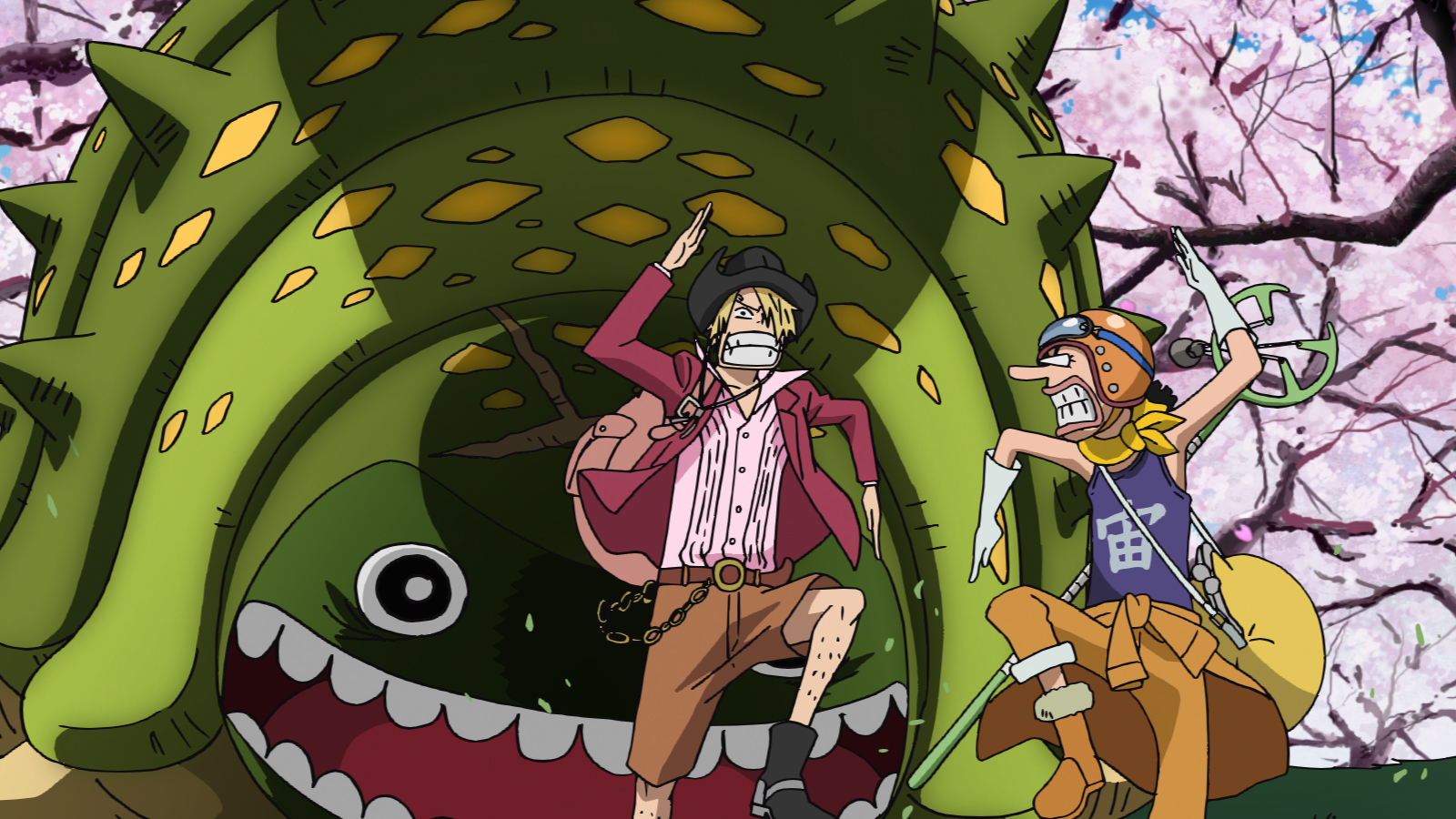 However, it’s not One Piece without a beating heart, and Strong World has one that’s filled with blood, hopes, and adrenaline. Despite being wanted by the Marines, the Straw Hat Pirates are an outsider group that does more good than the usual pillaging and setting things on fire. From Nami saving her crew by “joining” Shiki to Zoro & Chopper protecting a young girl from dangerous creatures, it’s clear that the true treasure of this franchise is the tender souls of this rough & rowdy crew! (Note to Oda: please don’t make that the actual ending to the series!)

While most movie villains have that “monster-of-the-week” vibe to them, Strong World demonstrates why Shiki is a monster of a different kind. Yes, bigger baddies have come & gone in One Piece films since this movie’s time, but Shiki has a wickedness and carefree attitude about who lives & dies in a way that it‘ll stick with you for quite some time. This of course helps when it comes time for the grand battle begin, as Shiki and Luffy fight one-on-one with great stride and imaginative power. You see how much Luffy has to push himself to the limit in order to match Shiki’s strength, to the point where the rubber man finds himself using some unorthodox methods. 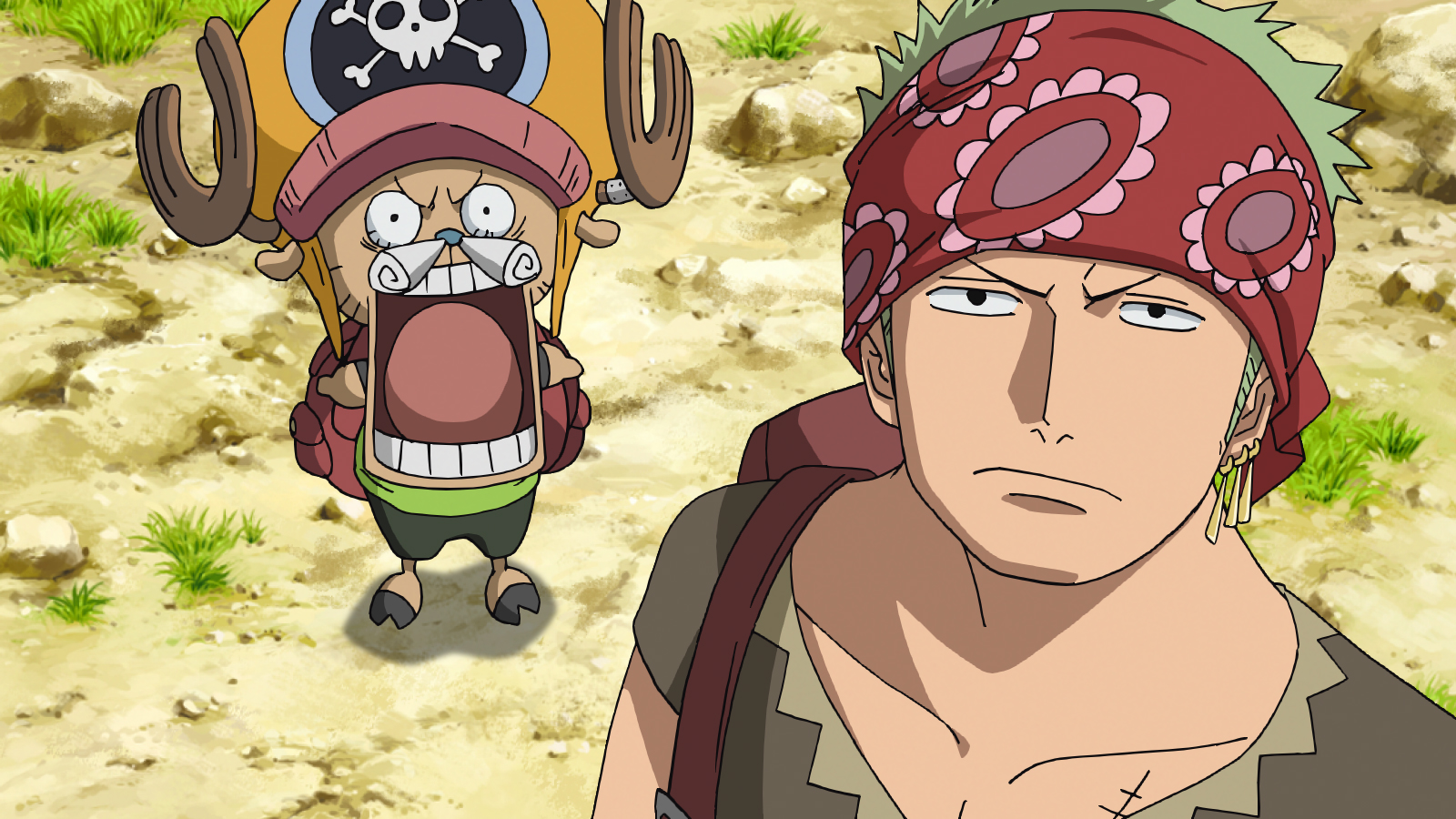 That unorthodox style is a morsel of One Piece’s other great strength: its humor. The first half of Strong World will have many viewers cracking up when witnessing the monsters the Straw Hat Pirates have to face. While the puns can be as dry as Brook’s bones, the physical gags go the extra length to prove just how insane this series can be! (The best involves a giant flying shark and an army of ants, with a visual punchline that both wows and tickles!)

One Piece: Strong World throws a lot at its viewers, with more ideas sticking their landings than most other films in the series. It’s imaginative, action-packed, and knows how to deliver a solid laugh. While it may not offer any glimpses into the main storyline, Strong World towers over many of the other standalone movies that have half of the spirit of the source material. For what it gives to both fans and newcomers, One Piece: Strong World is as electrifying as it is a wonder to watch unfold!