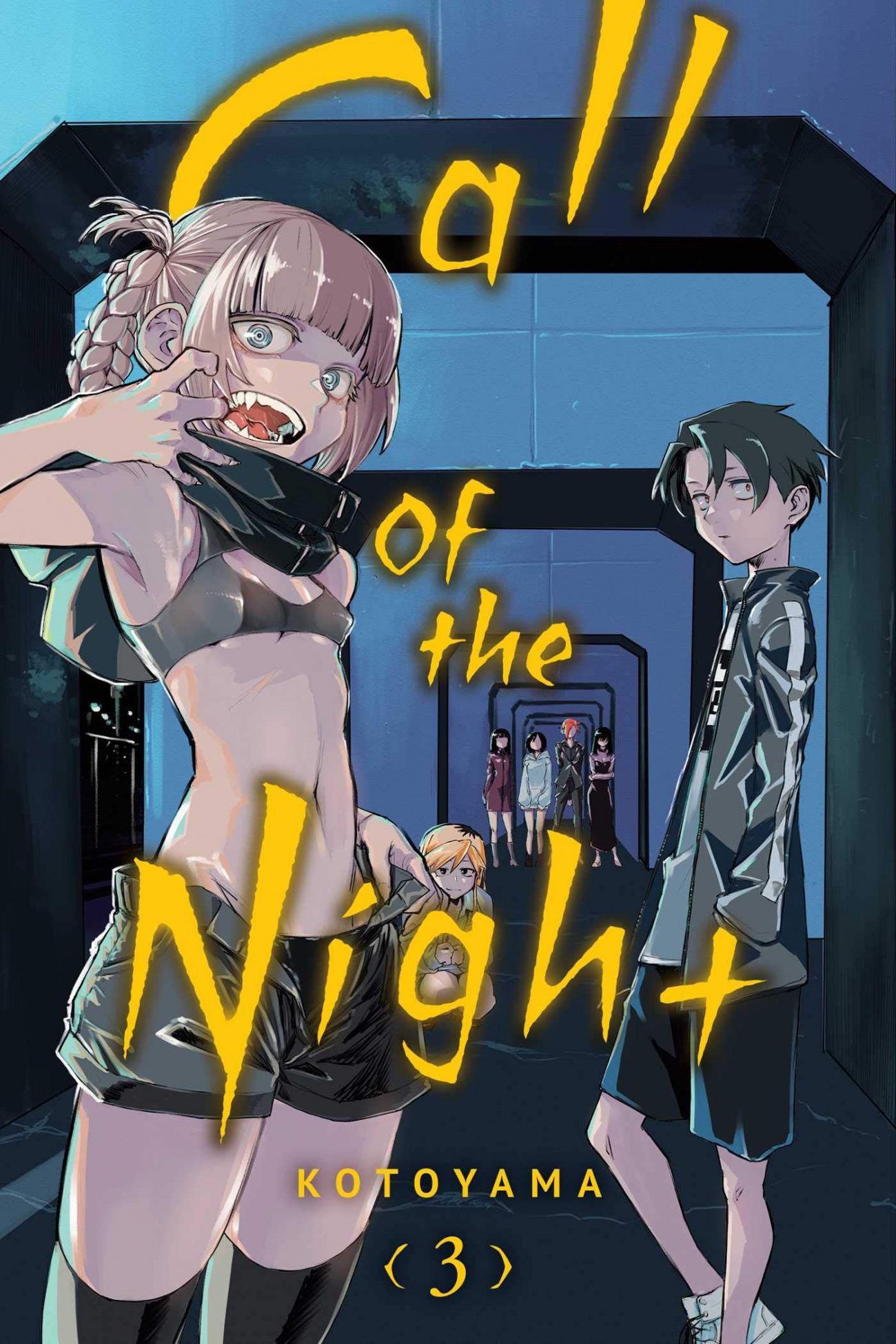 Has it seemed rather interesting that Nazuna seems to be the only vampire thus far in Call of the Night? One would think that there’d be more of these bloodsuckers floating around Japan, albeit hidden in the dark of night. Kotoyama must’ve realized this after 18 chapters, as we’ve finally dived into the den of Draculas in the third volume of Call of the Night. And as Ko finds out, there may be some rules regarding vampires that Nazuna should’ve told him in the beginning.

While waiting around for Nazuna, Ko starts chatting up with a random high school girl. After a discussion about self-worth, the high schooler reveals herself to be the vampire girl Seri. Fortunately, Nazuna saves Ko in the nick of time, only for the guy to be whisked away by another vampire girl. Ko then finds himself face-to-face with four other vampire women, who give him an ultimatum: have one of them suck his blood, or die. 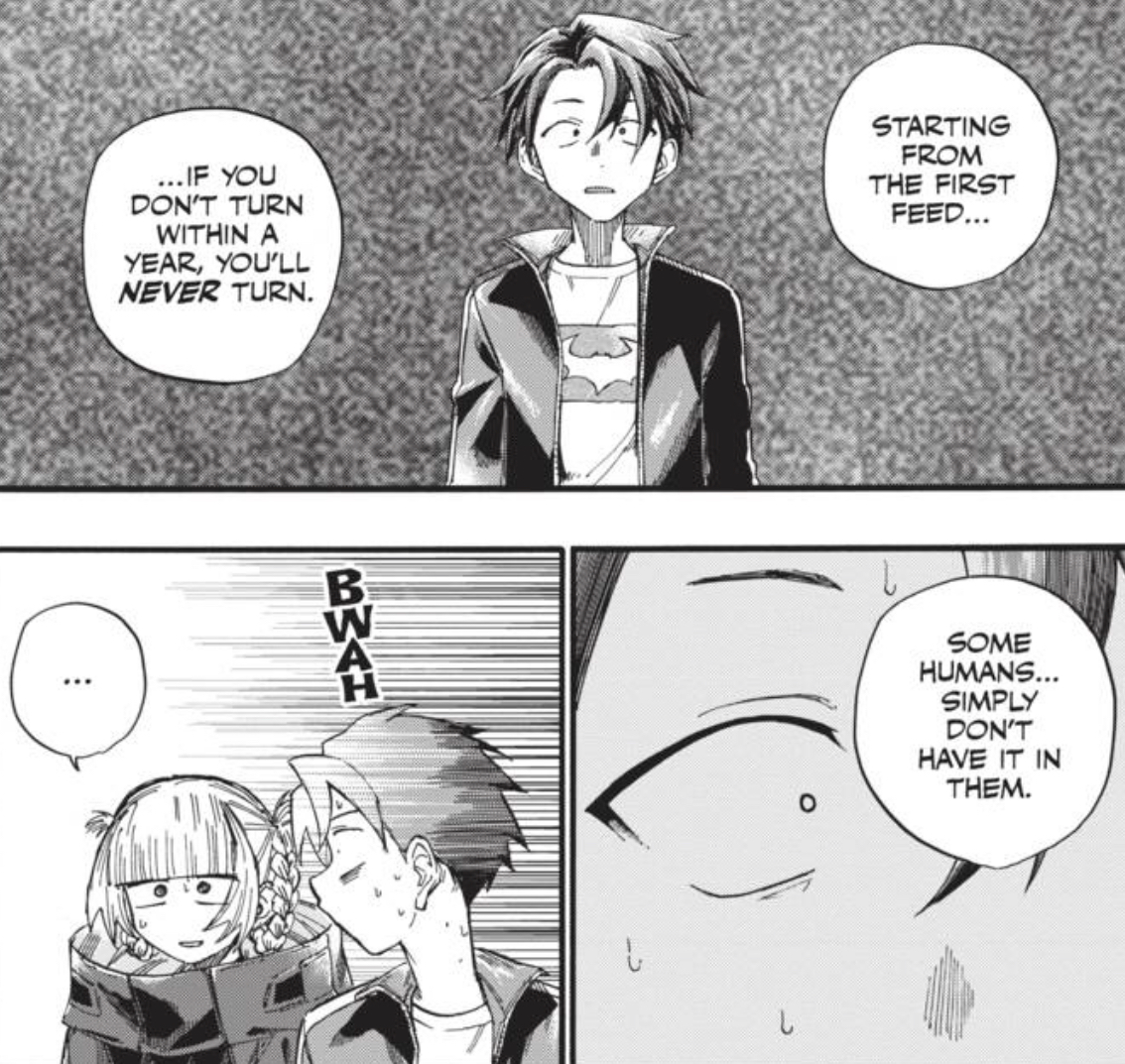 Because of his feelings for Nazuna, Ko explains that he doesn’t want any of the other vampire girls to steal her opportunity. He declares that even if it takes years, he’ll have Nazuna fall in love with him and turn him to a vampire. Just one problem: Ko doesn’t have years; he only has one. Thus, Ko realizes he needs to hurry to win Nazuna’s heart.

This particular volume of Call of the Night is where the rules are laid out about becoming a vampire. While interesting at times, it can feel like an exposition dump when everything is revealed about how vampires work in this series. What could’ve been explained in past chapters here and there is instead slammed into a couple of chapters, in the guise of “girl talk”. As such, this part can cause the overall narrative to grind to a crawl. 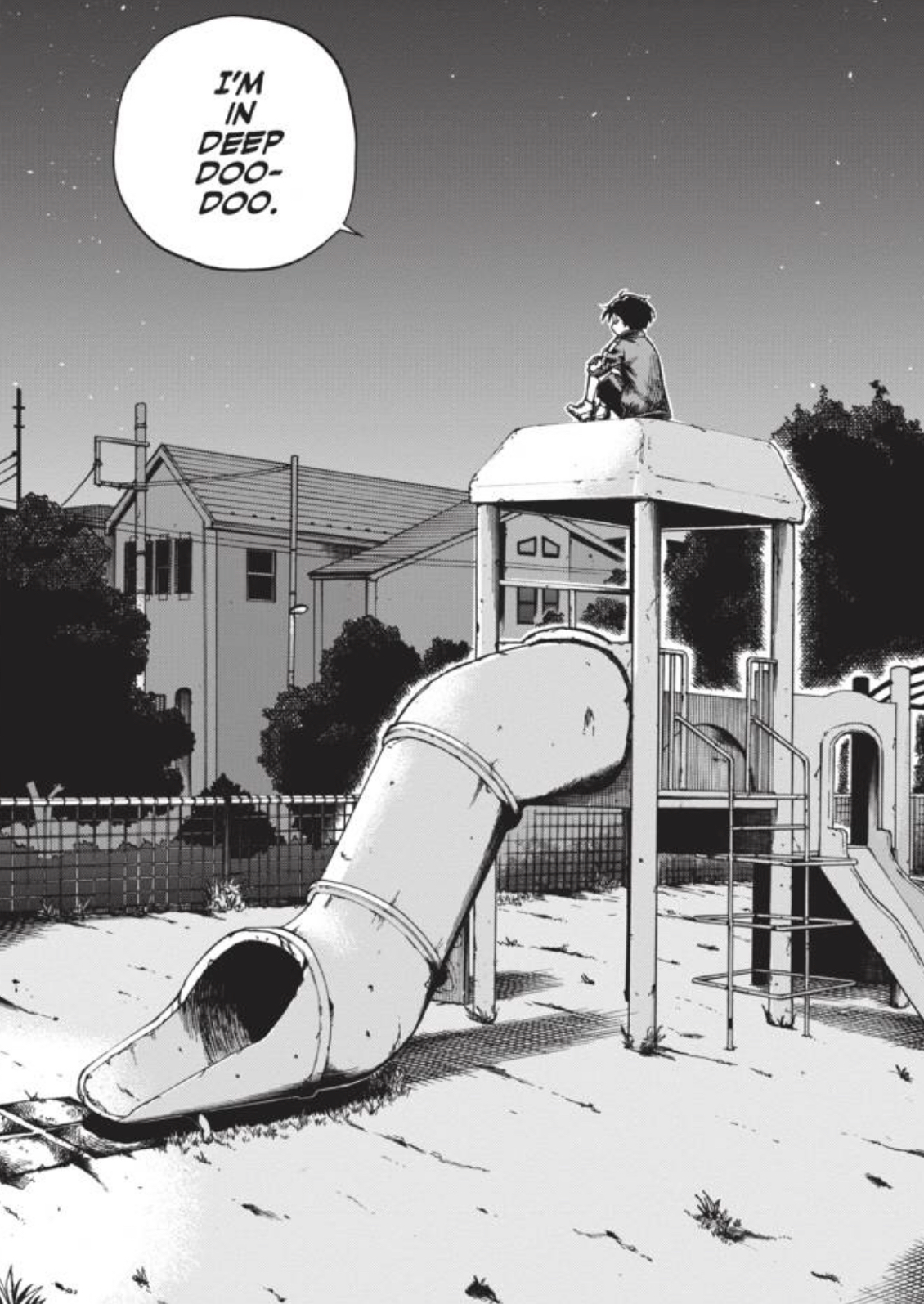 However, when Ko finds out he has a time limit to become a vampire, the story picks up again. A chapter where Ko drags Nazuna out on a date is both funny and sweet, even if the vampire girl has trouble keeping it together at the movie theater. While it appears that Ko has a long road ahead of him to get Nazuna to fall for him, they are at least having some fun along the way.

The addition of Seri to the cast showcases some of the darker sides of vampire love. After explaining to Ko that some people can drown in their love obsessions, one of her “targets” appears acting mental. It’s a moment that makes Ko worry about his future with Nazuna, only for him to become jealous of what happens between Seri and the guy in the end. This story manages to mix some good drama in to the narrative, ending it with the charming humor that this series has come to deliver.

There are a couple of hiccups in the fourth volume of Call of the Night. With that being said, the stuff that has made this series a delight swoops in to save it from exposition hell. Now that Ko has a timeline to turn into a vampire, Kotoyama has given their readers a glimpse of what the end game could be. So long as the duo of Ko and Nazuna keep the cuteness and humor going, Call of the Night will have no problem keeping everyone entertained and satisfied by its impending finale.

GAME REVIEW | Taste the Rainbow in...