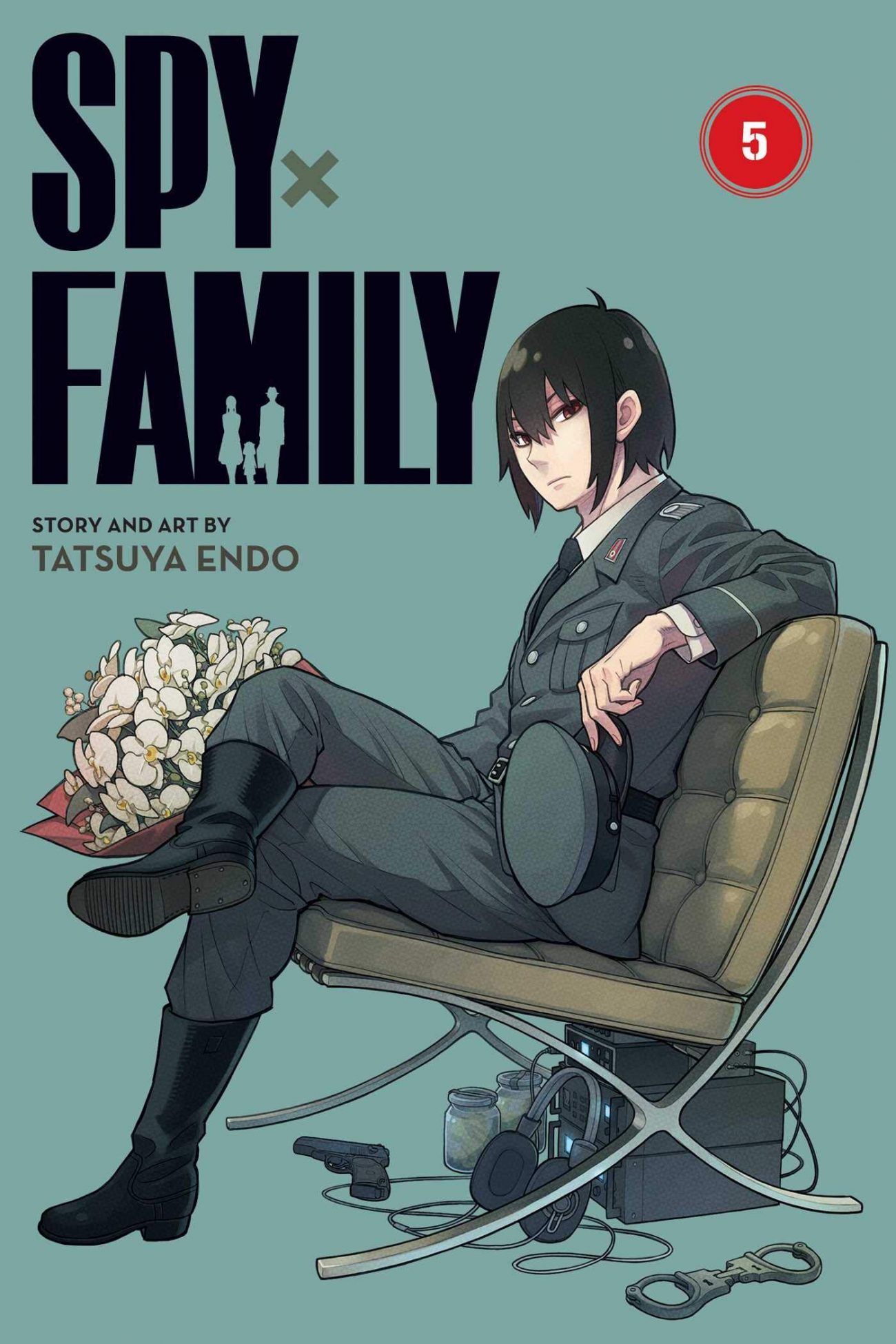 It has been proven many times over that little Anya can handle the toughest physical missions in Spy × Family. While her step-parents Twilight and Yor often find themselves a step behind the culprits, the little mind reader often discovers an easy path towards an accomplished mission. However, when it comes to the more mental parts of espionage, Anya struggles. A lot! Fortunately, as evident in Volume Five of Spy × Family, she’s at least getting a little better.

Midterm exams are around the corner, and Anya does her best not to fail too much. However, as the test falls on a New Moon, her mind-reading skills won’t be able to work. As such, Yor calls in her little brother Yuri to assist Anya. Sadly, his ways of teaching make things more difficult for the child. As such, Twilight must break into Eden Academy to change Anya’s answers. But a hurdle is placed at the spy’s feet: another secret agent, and a dumb one at that! 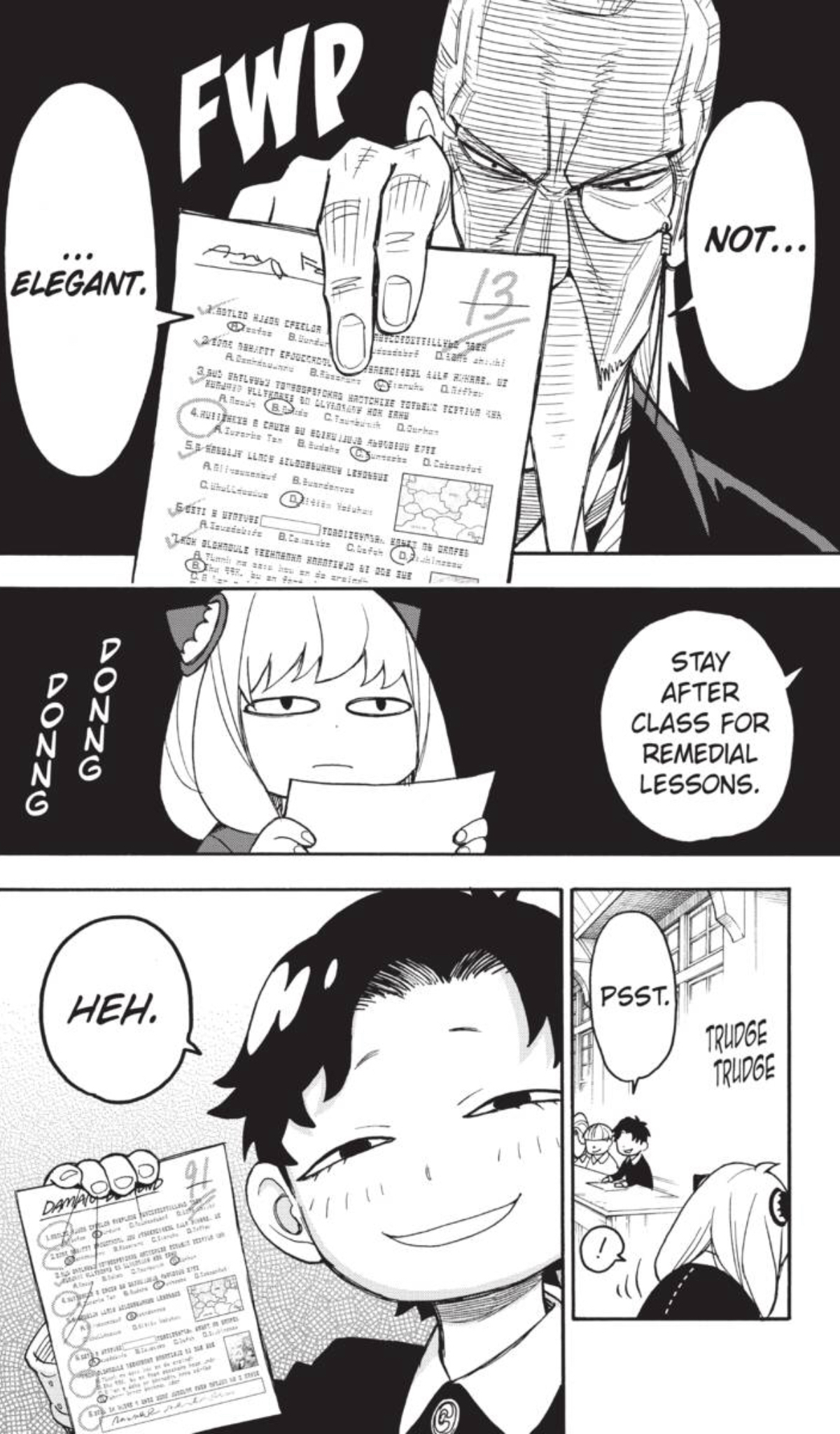 Anya’s struggles to pass without cheating are presented in a hilarious light. As she attempts to learn through Yuri, her struggles to pass frustrate the secret police officer to the point of a nervous breakdown. Hence why Twilight takes the matter into his own hands, disguising himself as a faculty member to break into the academy. However, him watching Agent Daybreak fumble his way onto the campus grounds causes the spy to both panic and look on somewhat impressed.

On top of Anya and Twilight’s problems, Yor does her best to be a better wife and mother. That means going on a mission herself, one involving how to be a better cook. Yes, this trope’s been done to death, which is why Yuri coming in and being the taste tester helps to make the chapter a lot funnier. The appearance of Agent Nightfall at their home also becomes a test of her affection for her husband and daughter. Thankfully, Anya’s plan to keep Yor her mom is as silly as it is delightful. 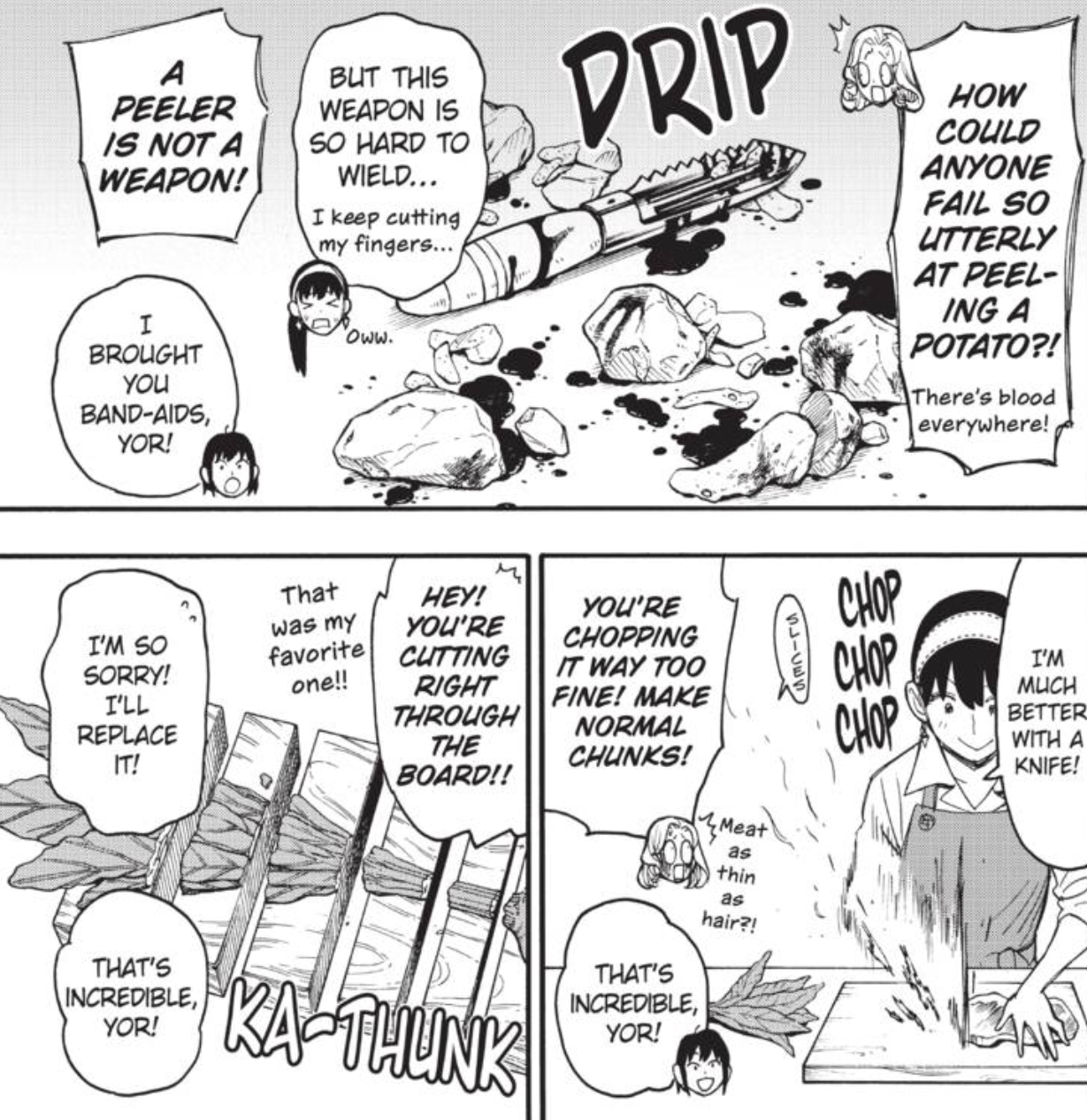 Where this volume shines most is during a take-your-daughter-to-work day assignment. As Anya roams around the hospital with Twilight, she sees multiple sides and faces to her stepdad. The addition of fellow coworkers doting over the two of them shows just how easy it was for him to slip into this cover. But it’s when Anya’s left to her own doing when she spreads a little chaos in the hospital (albeit unintentionally).

The latest edition of Spy × Family is a lot goofier than past volumes. With that being said, it brings out a lot more of the characters’ sweetness and cunningness through their actions and emotions. The Forger Family is by no means perfect, but Spy X Family keeps showing that their greatest strengths help to build towards a successful mission. 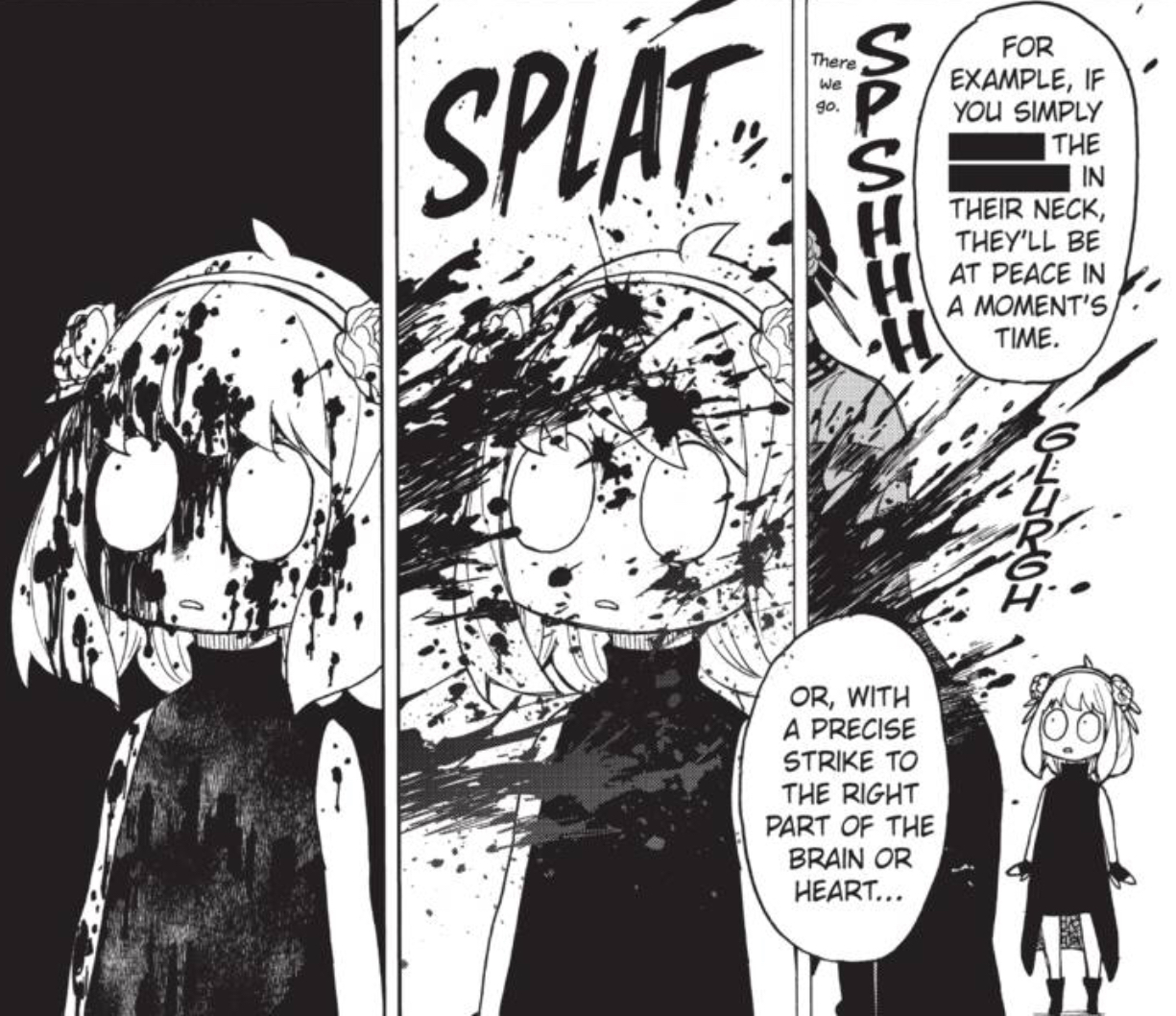