HomeComics/MangaMANGA REVIEW | "Fly Me to the Moon" - Volume Six

MANGA REVIEW | "Fly Me to the Moon" - Volume Six 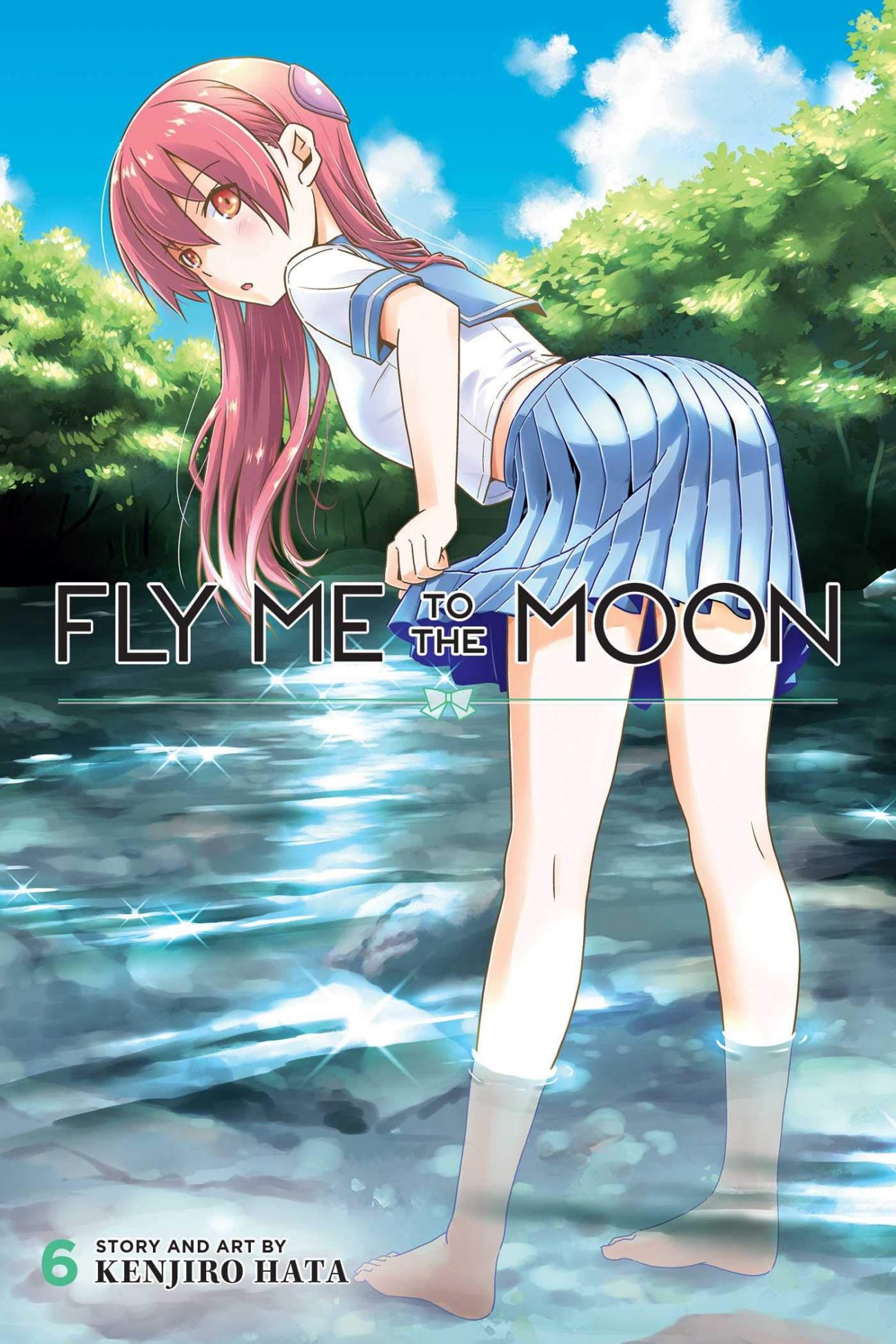 MANGA REVIEW | "Fly Me to the Moon" - Volume Six

After dealing with first date jitters (even though they’re already married), the lovey-dovey couple of Fly Me to the Moon feel a lot more closer than they did before. So what sort of addition to their life could make them feel like a true husband and wife? Well, one way would be to add a little bundle of joy to the mix! And when I say “bundle of joy”, I mean a cat.

A strange man arrives at the public bathhouse, who winds up being a dear relative of Nasa’s. Along with a yakuza-like vibe, he also brings another problem: a stray cat. With their giant hearts, Nasa and Tsukasa decide to care for the feline until they can give him a proper home. But as Nasa quickly finds out, some cats prefer the company of others, even when he’s working his tailbone off to care for them. 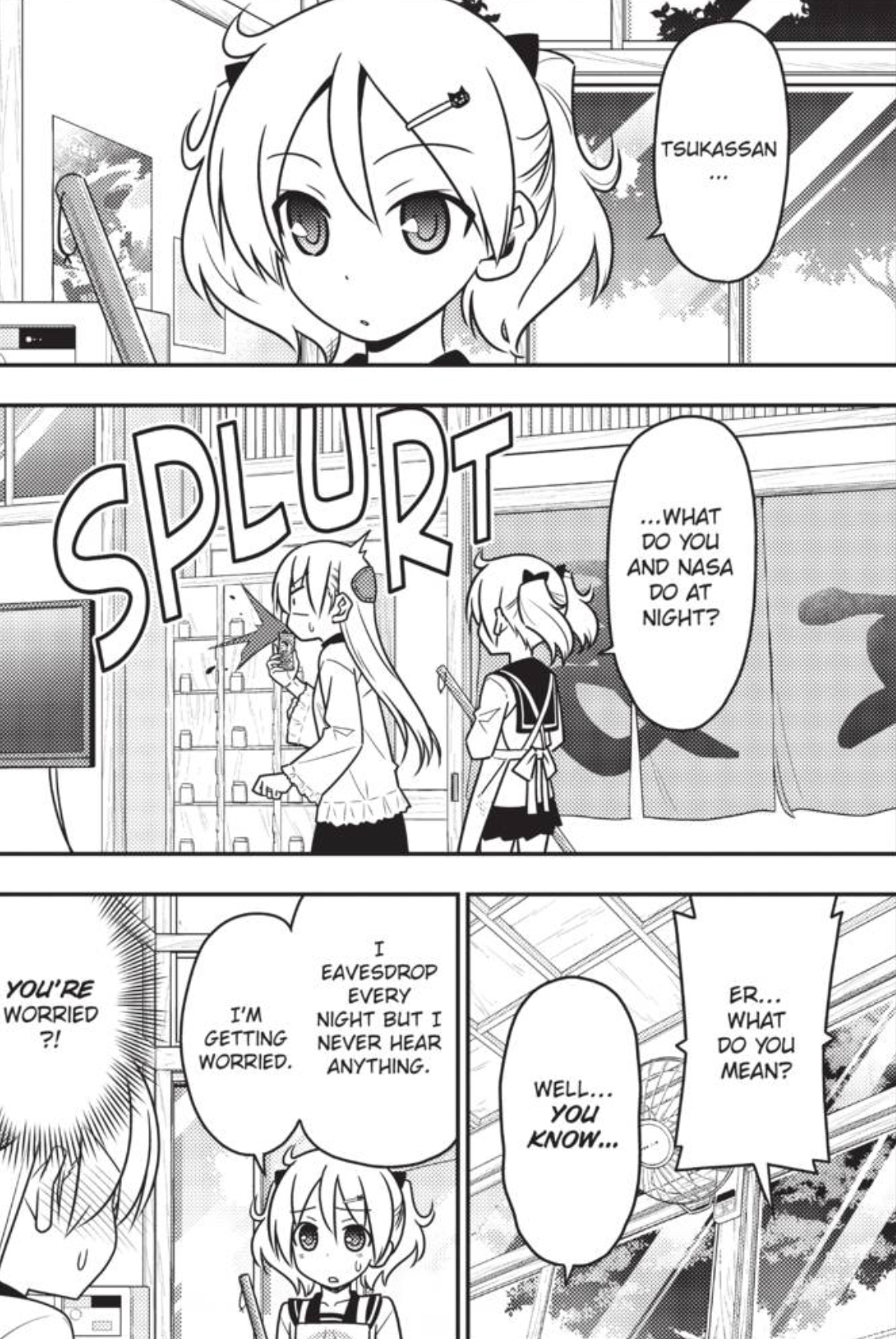 The addition of a pet to a rom-com is nothing new, and Fly Me to the Moon’s means of doing so is no different. However, when the cat’s feeling the need for attention, Tsukasa reveals that she does the same to Nasa. Because of this, he worries that these signals haven’t translated to his brain well, meaning that her feelings aren’t reaching him properly. Fortunately, there’s a solution to this. (Well…two actually, but we’ll let you figure out one of them yourself!)

An opportunity to go to a theme park awakens a new level of love and adoration between Nasa and Tsukasa. While this is going on, Yanagi-sensei is also there enjoying herself, not knowing that the guy she’s with has the hots for her. Like a couple of K-DRAMA addicts, the young couple watches from afar, waiting for the guy to man up and make the proper move. Their commentary and disappointment throughout their viewing is funny, as it’s similar to how many of us feel when two characters in fiction that should be together take forever to get to that point! 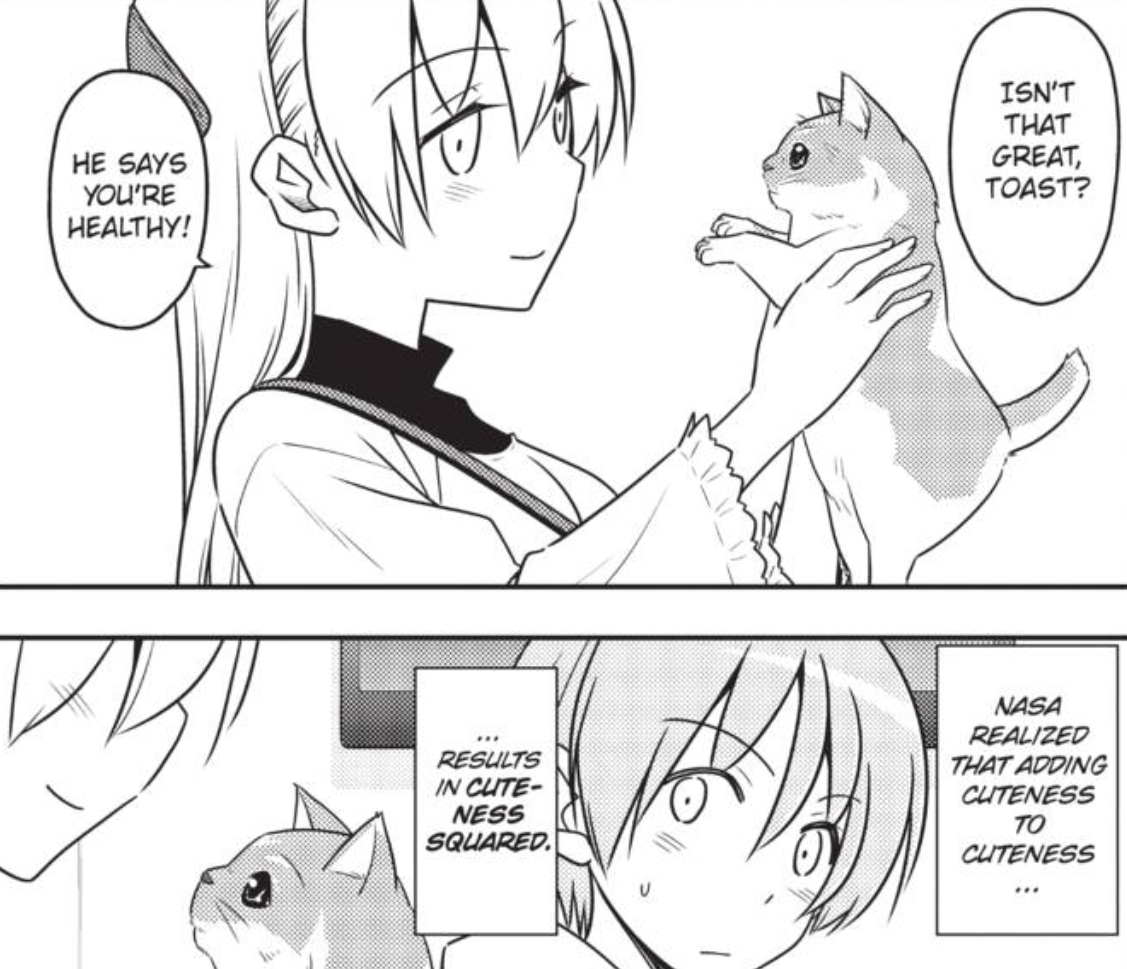 This volume of Fly Me to the Moon not only is as sweet as it was in the past, but it also manages to go for a little spice too. It’s apparent that Nasa and Tsukasa want to get more intimate, and the addition of the cat manages to let the couple make some moves on one another. Of course, they really can’t do much when the pet’s just staring at them (as well as a certain nosy bathhouse worker). Thankfully, after a little dress-up fun, it appears the two make their proper move, albeit with author Kenjiro Hata rightfully leaving us when the getting’s good.

Fly Me to the Moon has made a lot of strides during its run, be it in the romantic or the comedic department. Volume Six boosts the sweetness factor between Nasa and Tsukasa, while at the same time giving others the chance to get a little love in. Although they’re happily married, readers must be fully aware that Nasa and Tsukasa really know nothing about the art of coupling. But that’s what makes Fly Me to the Moon a joy to read, as it demonstrates pure love in a way that’d make anyone wish they can go the same route as these two.