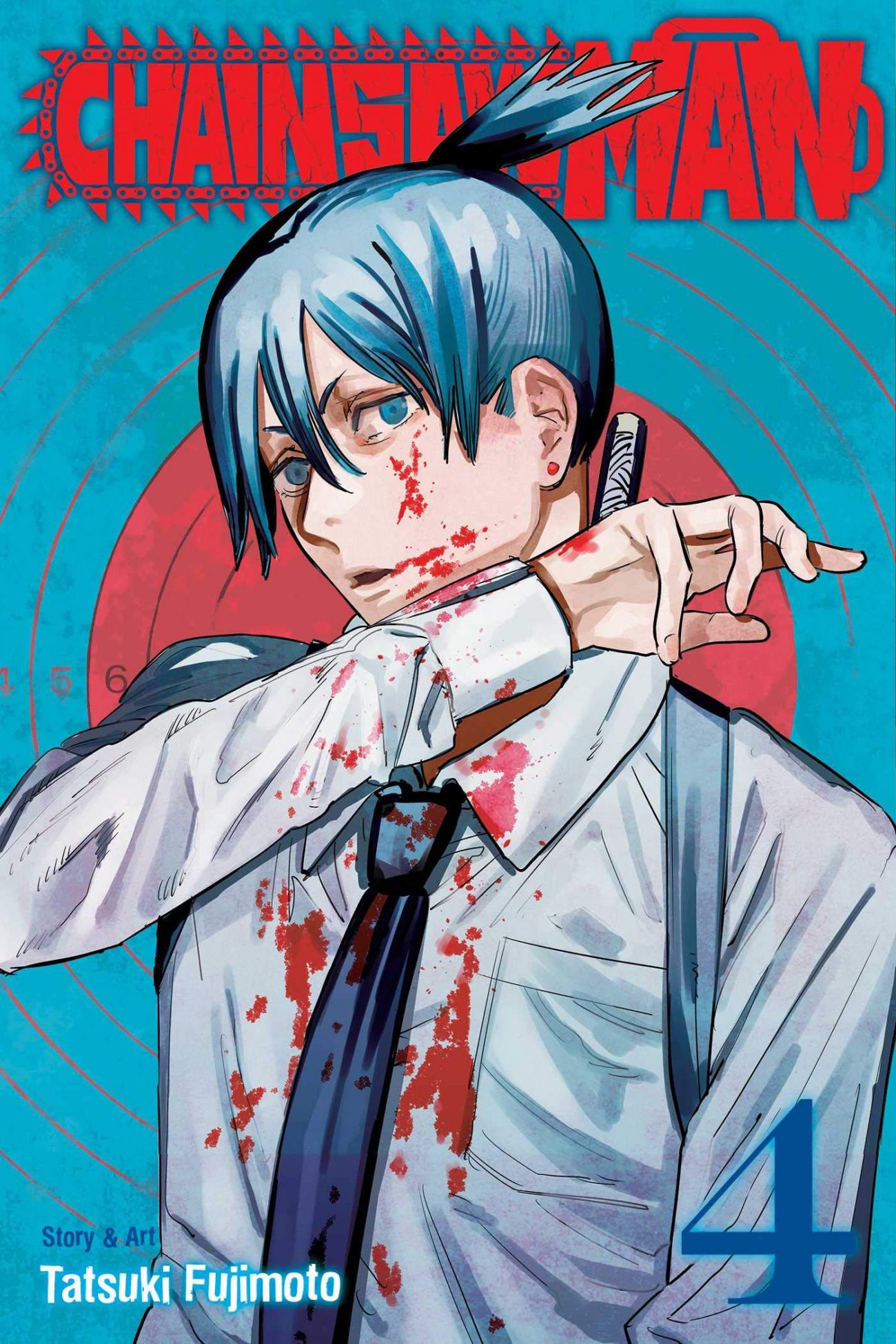 Chainsaw Man is an enigma. On one hand, it’s got the spirit of your traditional shonen manga. However, when it comes to its presentation, Tatsuki Fujimoto’s creation has the feel of a grungy underground comic. It plays by its own rules, meaning that certain ways of shonen manga will not apply. That means even a truly likable character will seemingly bite the dust, as evident by what occurs in Chainsaw Man’s fourth volume.

After Himeno offers herself to the Ghost Devil, Denji swears to avenge the members of Special Division 4 that have fallen. But Makima — originally feared for dead — has a special trick up her sleeve, one involving a splattering technique that’d make Junji Ito grin with delight. As Aki aims to take the powers of a unique Devil, Denji and Power train with mysterious lip-scarred Devil Hunter going solely by the name “Master”. As the training winds down, the final fight against Hoodie Girl and Samurai Sword starts to unfold. 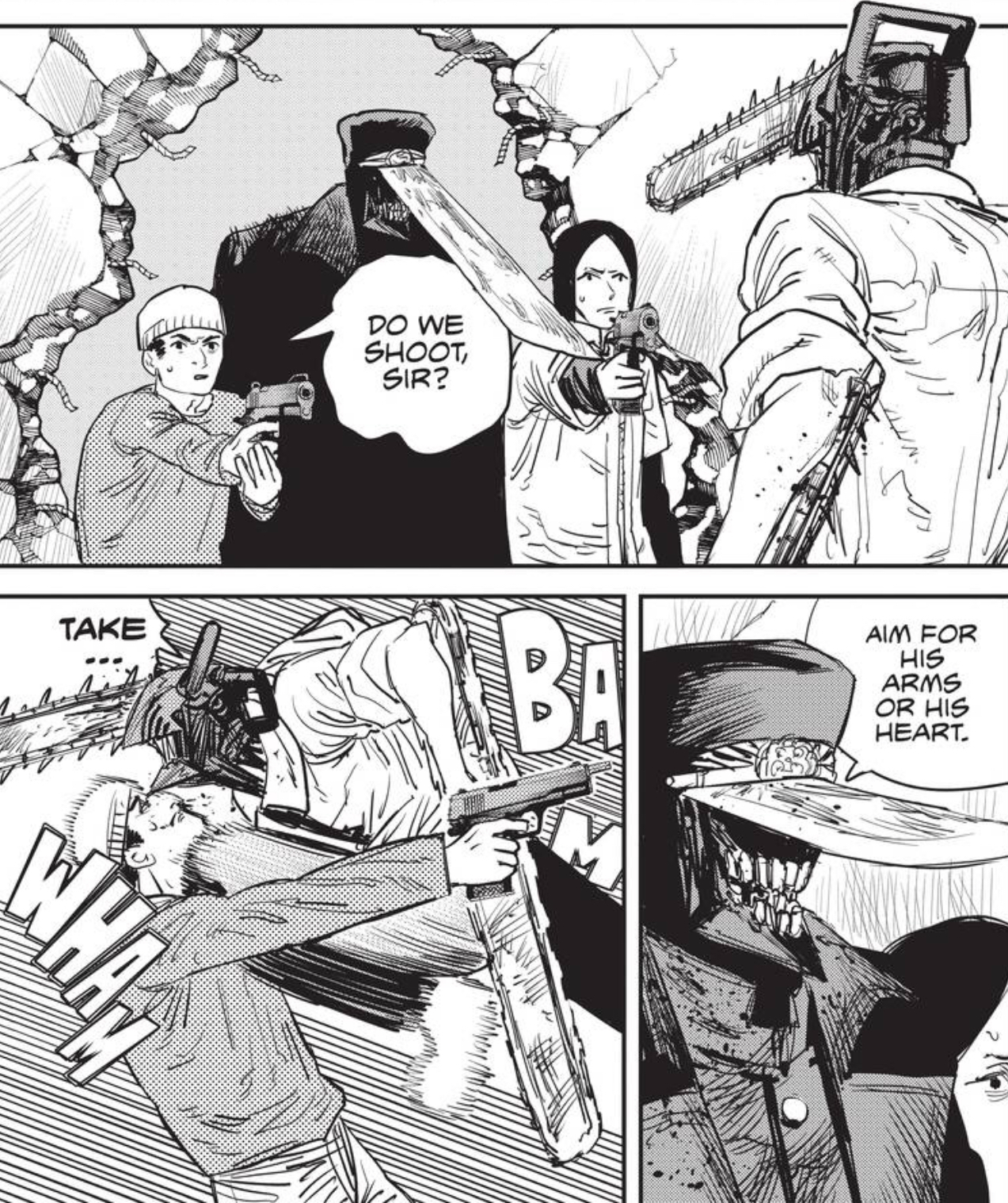 The true MVP of this Chainsaw Man volume is Makima, who showcases why she’s in charge of Special Division 4. She may look like your small-yet-brainy woman, but the kind of power she contains would frighten even Satan himself! But in Fujimoto’s drawing style, there’s a bit of humor to Makima’s technique that — while gruesome — will find a way to make you laugh when you see the end result. (One wonders how MAPPA will handle this sort of power when they animate it!)

As for Denji and Power, the comedic prowess this duo has is showcased strongly when training with “Master”. Yes, they die a lot in some pretty stabby ways, but “Master” loves their spunk in ways that the drunkard hasn’t felt in years. It’s when Denji and Power try to play it smart where their techniques really shine, even when met with failure. Even if these teachings may not stay with this duo (they’re more about throwing caution to the wind, after all), it’s evident that they’re eager to learn to better their skills. 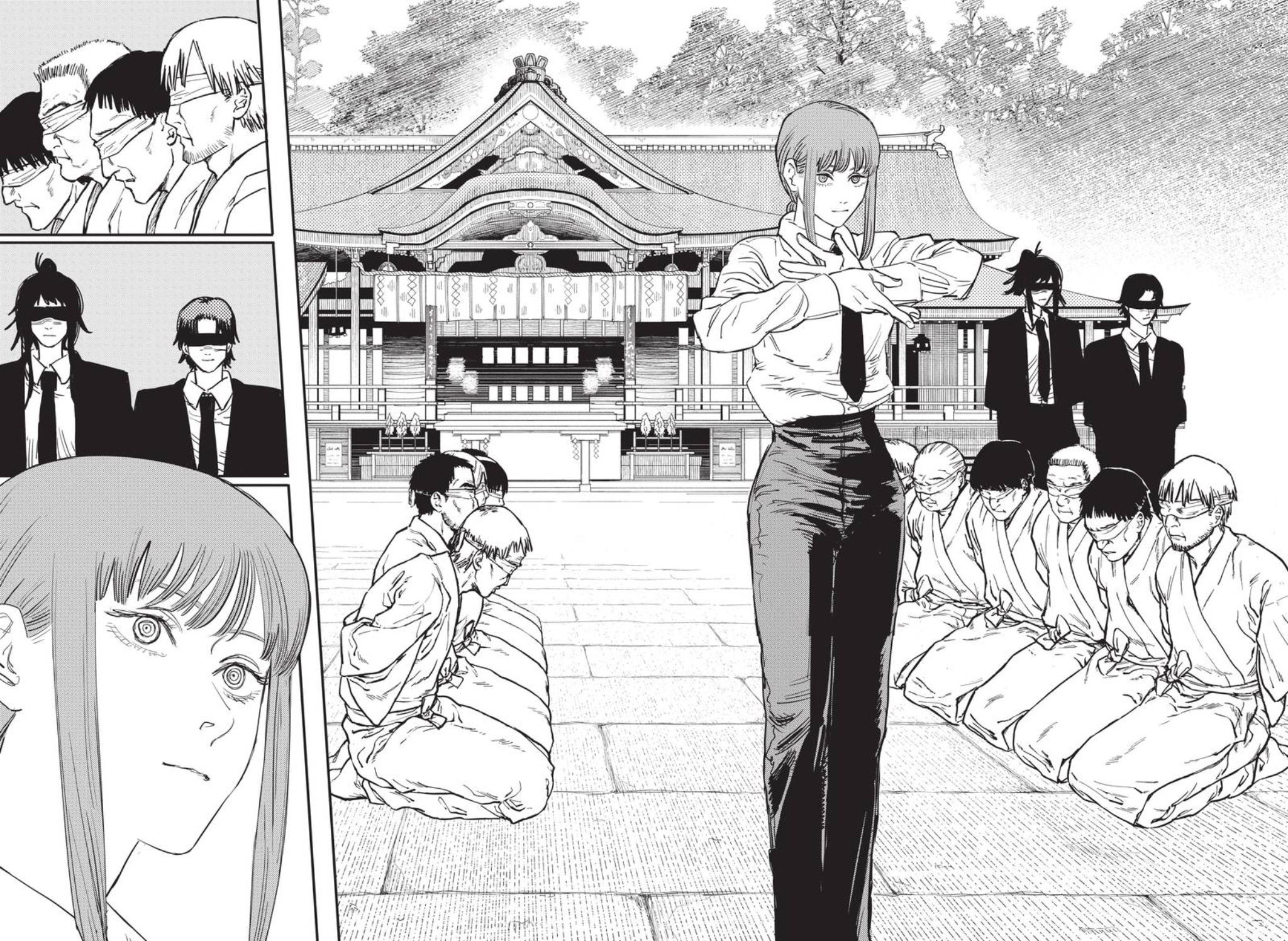 This finally leads to Aki, who has the most psychological and emotional damage after the first battle with Samurai Sword. It’s why the opportunity to take down those who’ve killed his comrades becomes his Number One Priority. The pact with Future Devil he makes is one that he’ll more than likely regret in the future (due to him now knowing that he’ll die in a disgusting manner), but for what he needs to accomplish, he’ll sell his soul to even a low bidder if it meant getting his revenge.

With a lot of initially high-rolling players now dead or vanished, Chainsaw Man’s fourth volume showcases that even the grandest of heroes could succumb when they least expect it. From a reader’s perspective, this could be very frustration. However, it does lead for some more room for some new surefire favorites, as evident by the appearance four new allies: two Devils and two Fiends. After getting a sneak peek of what they can do, this reviewer cannot wait to see the true level of carnage that they’re bound to unleash! Chainsaw Man keeps raising the stakes with every volume, and I for one love seeing its bets pay off in fantastically bloody ways! 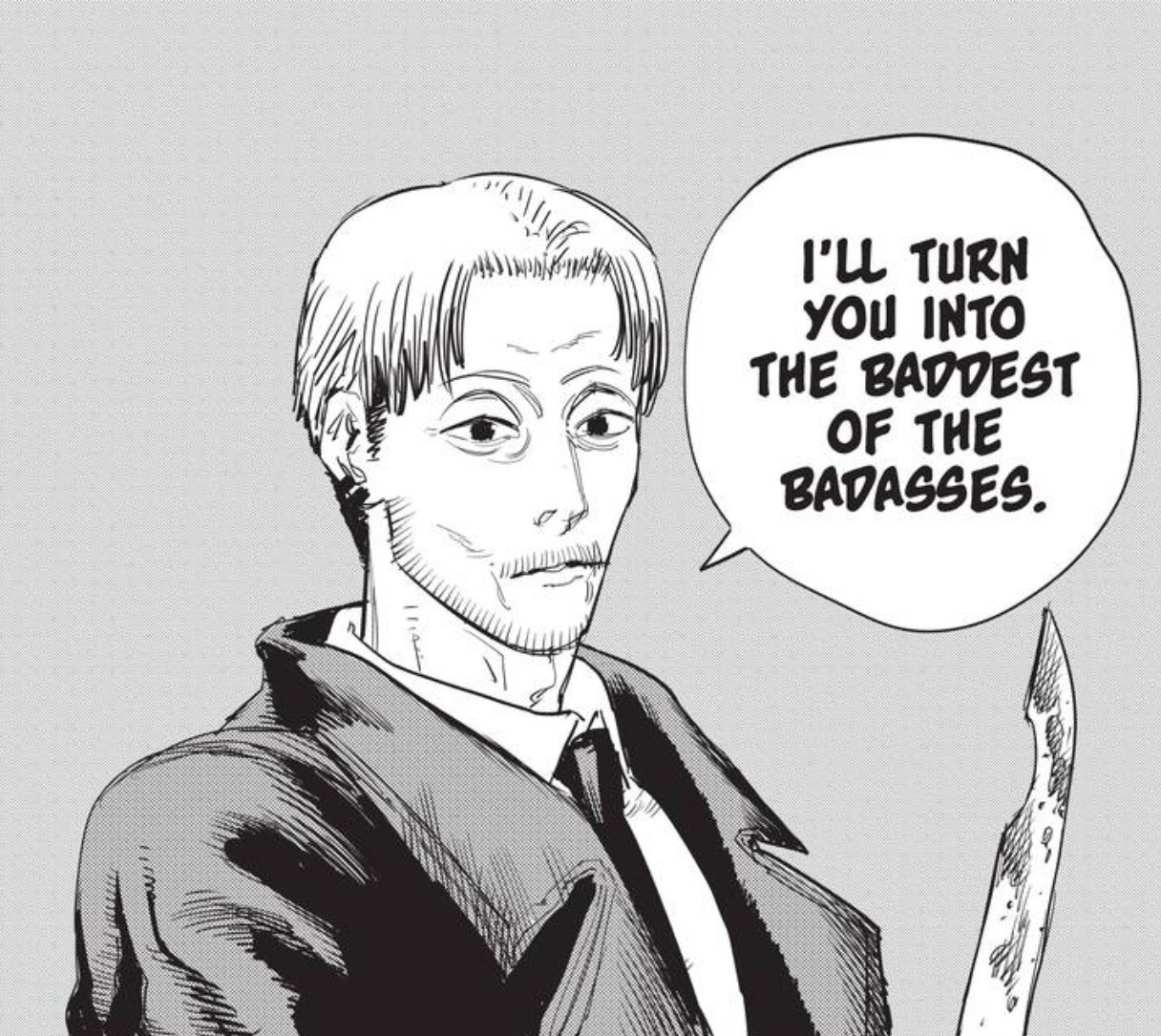