Brains against brawn. This has been one of the key narrative pieces of Dr. STONE since its very beginning. We’ve seen Senku and the Kingdom of Science come out on top in the "Stone Wars," leaving readers to guess that the power of the mind will always overcome the power of the muscle. But in its fifteenth volume, where the war with the Petrification Kingdom reaches its climax, it becomes clear that there’s no 100% answer to what the most powerful part of humankind is.

As Senku and the gang are busy reviving their friends, the Petrification Kingdom is setting its final plans in motion to overcome the Kingdom of Science. But with Senku’s latest reinvention, not to mention the brave-yet-lunkheaded Magma going gun crazy, the victor of this game of 4D chess still looks up in the air. However, with Moz secretly in Senku’s corner, the upper hand made finally have been had. 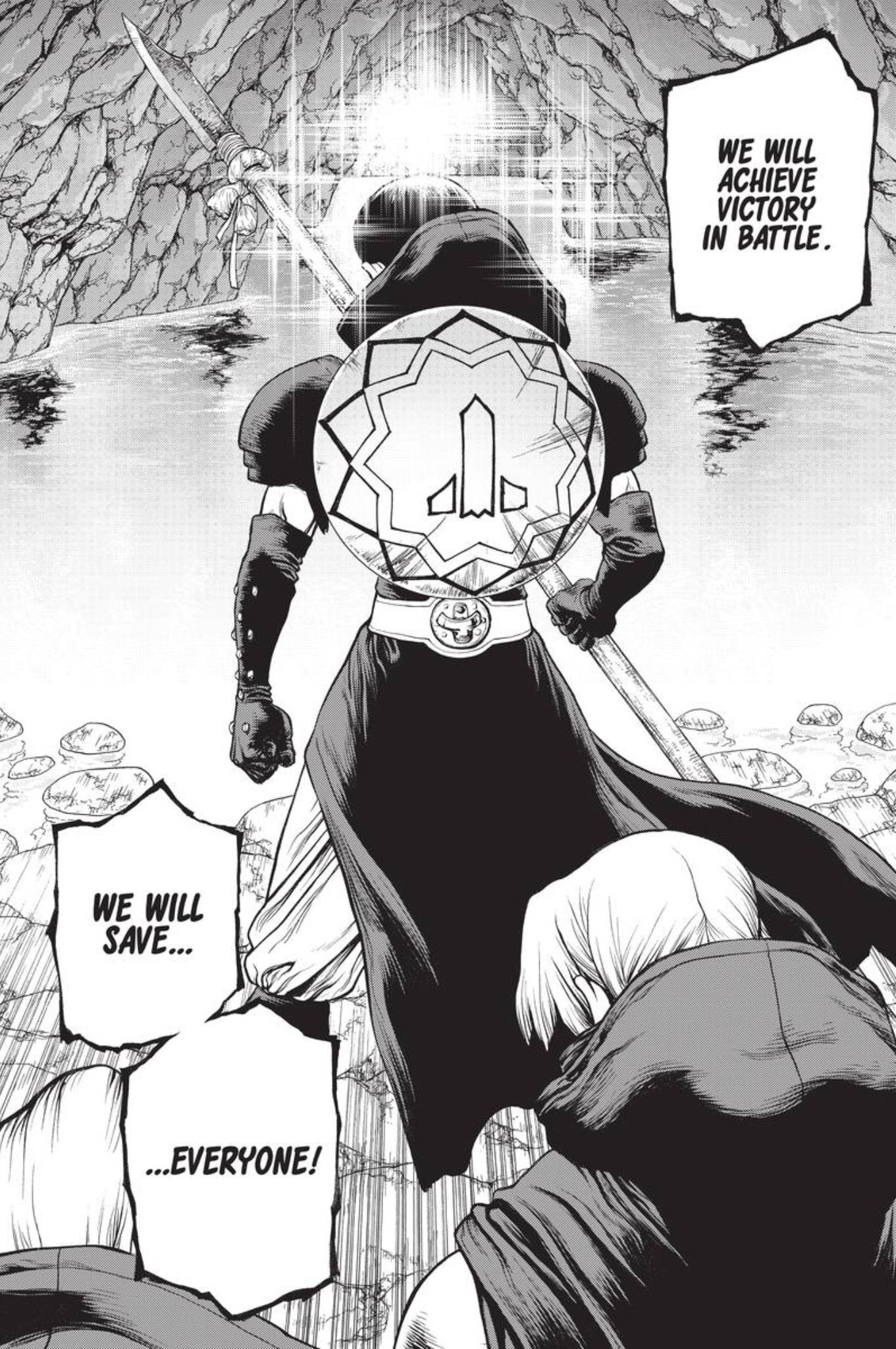 The speed of which plans are made and put into action are within a blink of an eye. Although we’ve known Senku to be a fast thinker, it’s in this volume where his concepts go from idea to completion at warp speed. While he’s had the ability to conjure up reinventions briskly, Senku has never had to do it when a plan’s on the toes of being either successful or a complete failure. He has Magma both to thank and blame for that, especially when he runs off with the gun Senku created.

Unlike Tsukasa, Minister Ibara appears to be a much tougher foe for Senku to go up against. It’s obvious that he’s got the brain power of Senku mixed with Gen’s cunning trickery, making him a far dangerous person to deal with. Throughout this volume, Ibara shows just how far he’d go to gain a victory, even at the cost of his own villagers. He’s vile, wicked, and — of course — a very well-written villain that makes it easy for readers to detest. (Having him look like Jafar from Aladdin certainly helps with making him worthy of all the jeers in the world!) 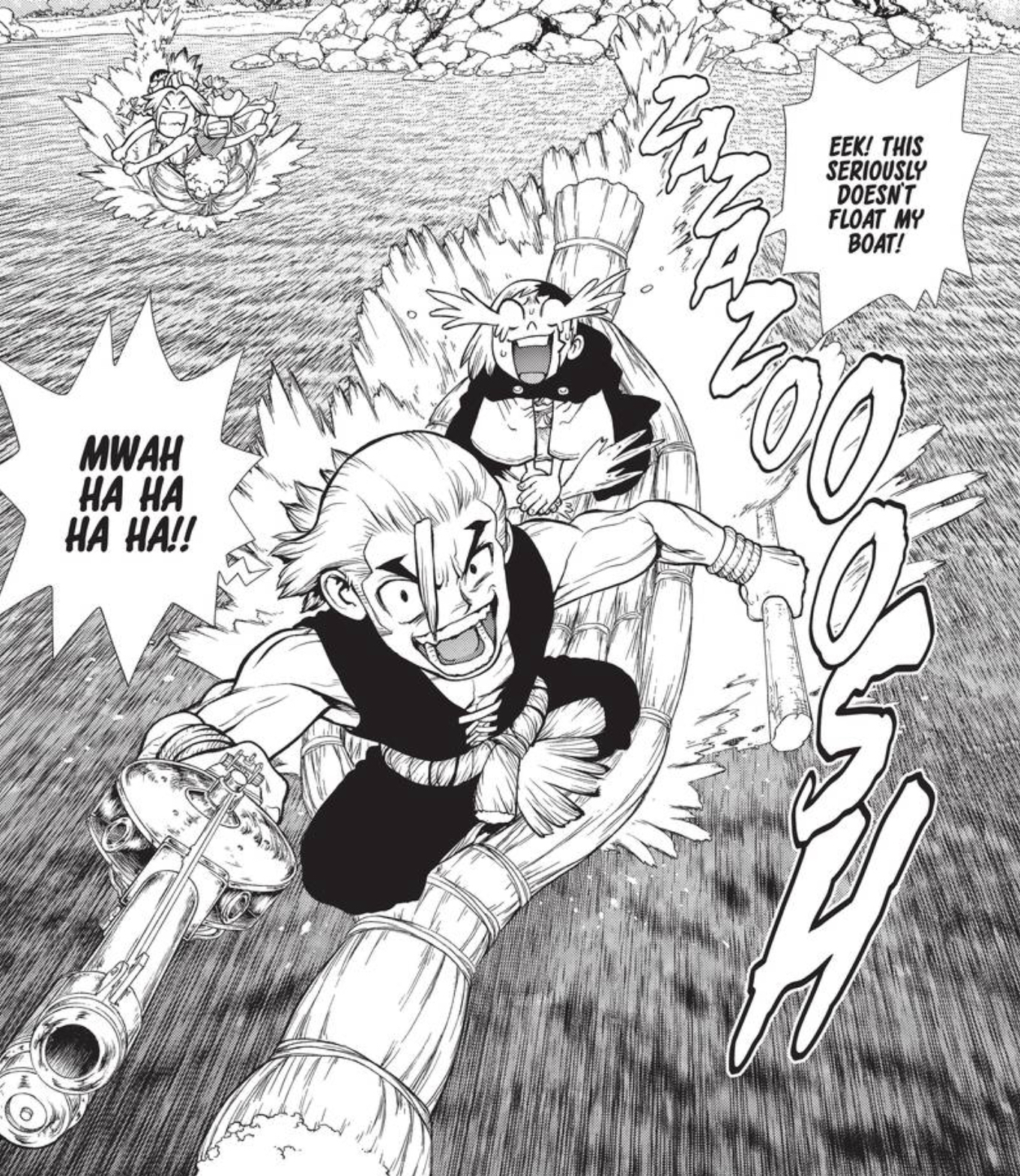 What this volume of Dr. STONE has got going for it is the level of intensity it delivers on every page. At times, you can’t even tell who is going to come out on top in this battle between the two kingdoms. Split-second decisions and out-of-nowhere plans make for an exciting match that will have readers on the edge of their seats. For the first time in awhile, both the invention reveals and the fights are creating the exact same level of adrenaline!

It’s the final moments of Dr. STONE’s fifteen volume where it appears anything can happen in this series. The lengths Ibara goes to score a victory are dastardly, meaning that Senku will have to come up with an epic plan to gain the victory. Knowing our spiky-haired hero, he’s already got a plan ready. What it is, well, it’s best to be kept in some suspense, right? 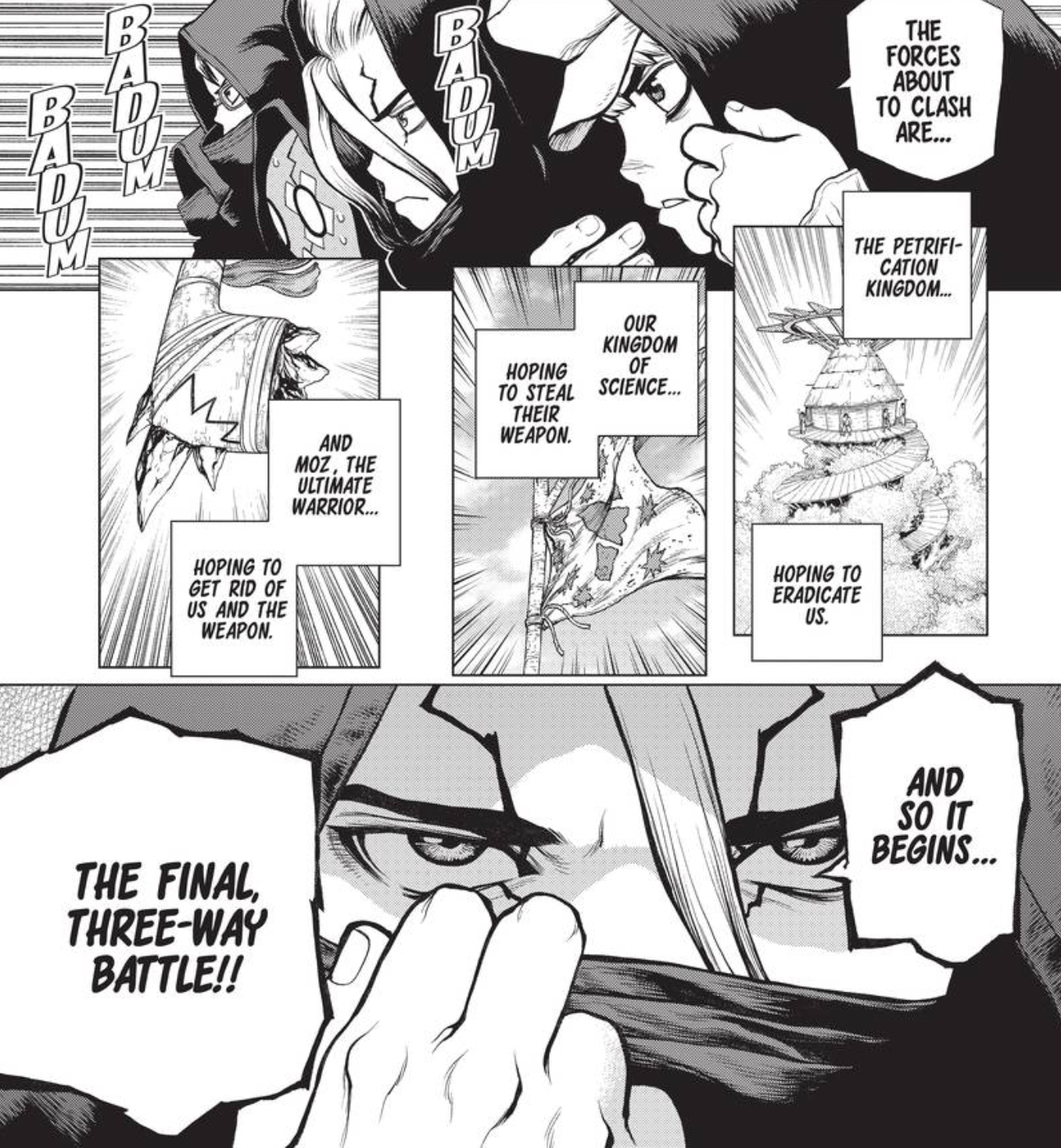 MANGA REVIEW | A Robot’s Journey i...