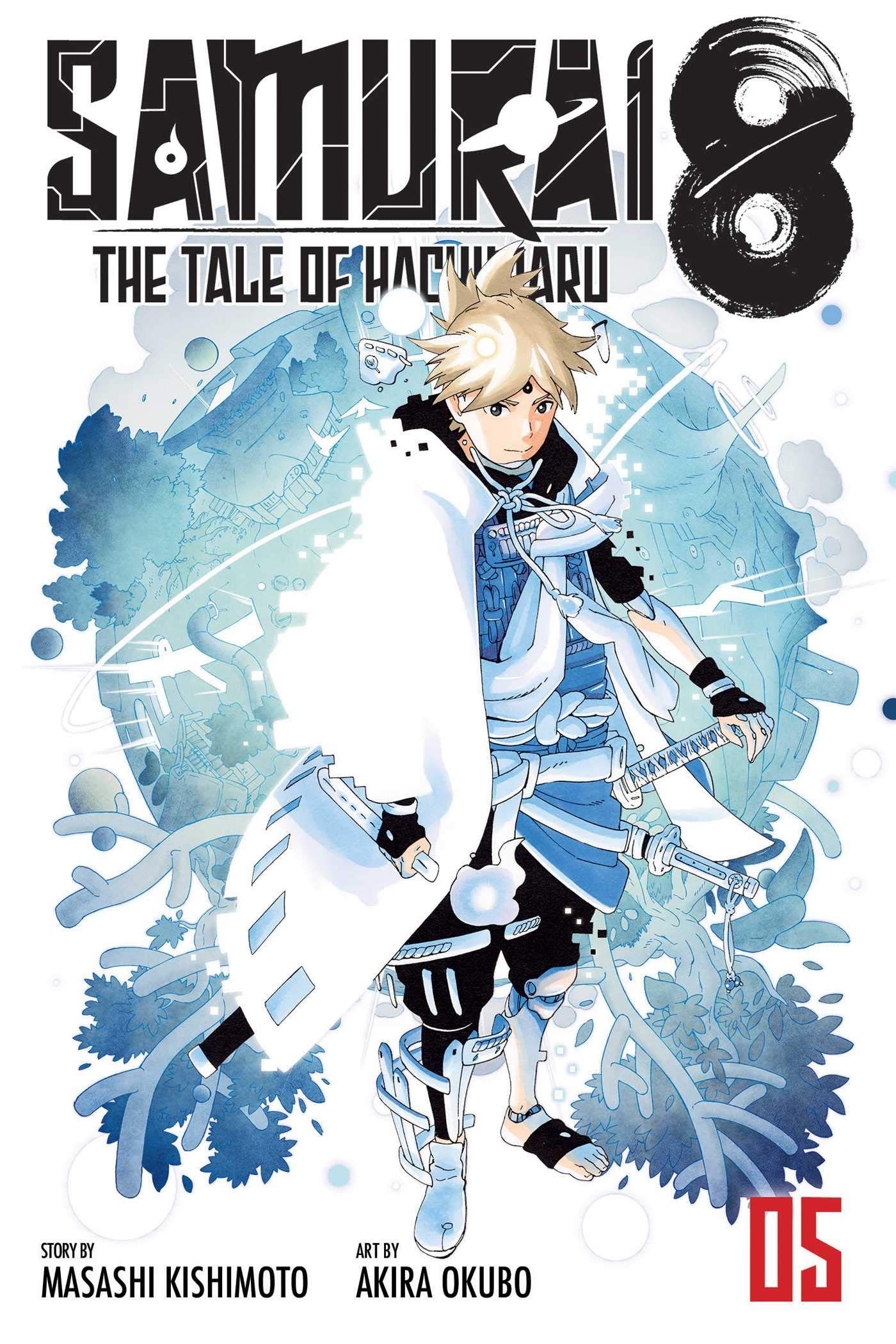 Having a long-running hit can be a blessing and a curse. On one hand, you get a lot of fans, can tell a full and complete story, and your name will go down as one of the greats of your genre. However, on the other hand, when it comes time to move to your next work, you might’ve found yourself using up all of your good ideas on that one slightly big project. I feel like this is what happened with Masashi Kishimoto, whose Naruto series ran for seventy-two volumes before it met, well, the continuation following Naruto’s son Boruto (which he has since taken over as head writer).

Five years after Naruto’s somewhat conclusion, his latest concoction Samurai 8: The Tale of Hachimaru was unleashed. While Kishimoto didn’t do the art for this one (which was drawn by Akira Ōkubo, brother of Soul Eater creator Atsushi), it had a very close visual style to his previous hit. Alas, while it had some good ideas in the first couple of volumes, it was clear that this series was going to run out of steam sooner than later. Despite Kishimoto’s hopes that it’d run for more than ten volumes, we have now reached the end of Samurai 8 with Volume Five.

And...erm...this was certainly a thing, and not a good one at that! 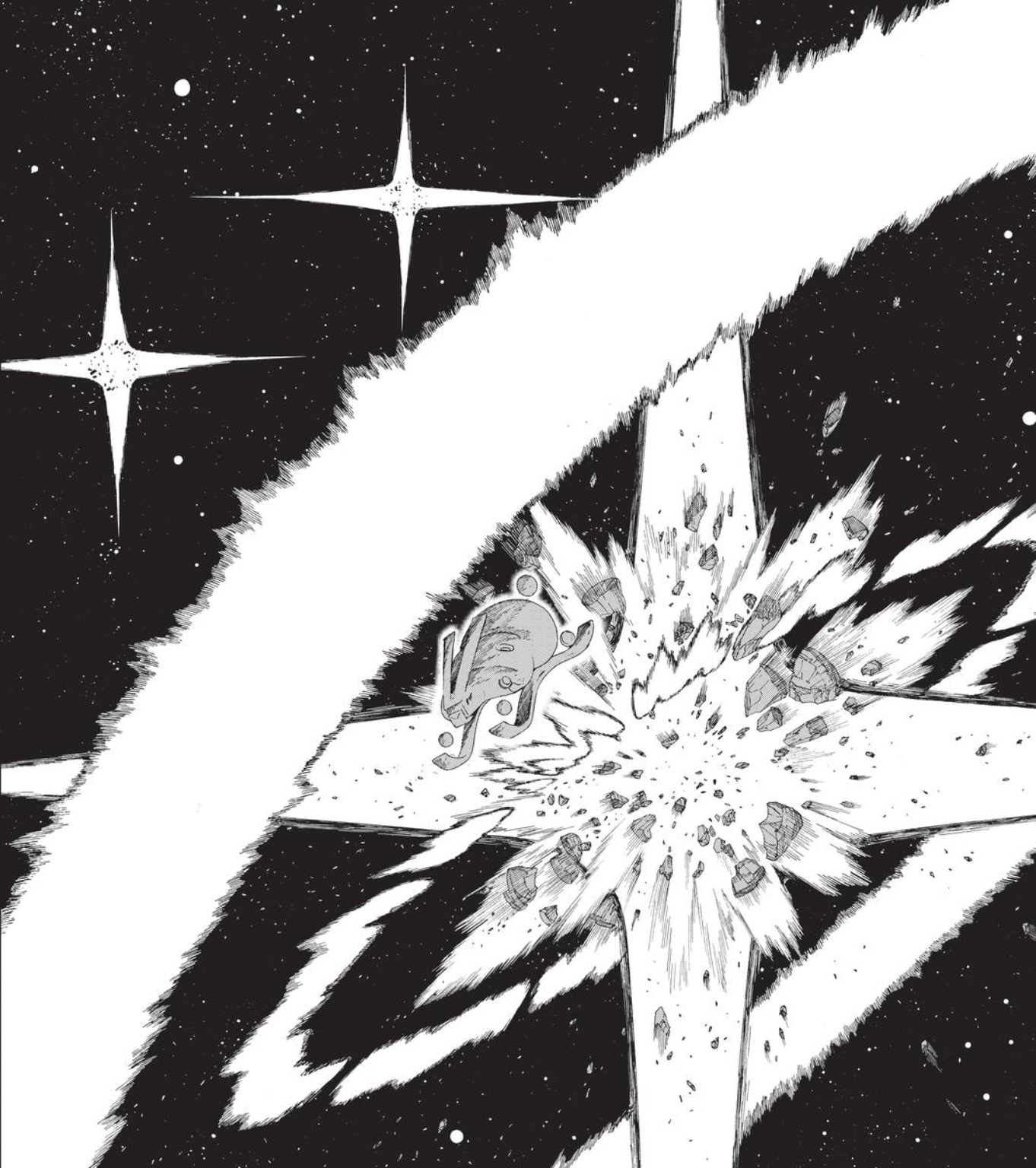 For the final volume, Hachimaru sets off to find Pandora’s Box. As he gears up for the final battle for the fate of the galaxy, he has an unexpected talk with The Warrior God Fudo Myo-O. When he figures out what he must do next, Hachimaru bonds a little more with Ann, before an unexpected interference arrives to throw a monkey wrench into his plans. But as Deus Ex Machinas go, there’s always something waiting in the wings to save the day.

“Pretentious” is the word that best describes this final volume of Samurai 8. Kishimoto has his characters spouting out philosophy revolving around Pandora’s Box, the universe, and what it means to be a samurai. Instead of coming off like a Harvard professor’s award-winning thesis, the dialogue sounds like rejected lines from The Matrix Trilogy. How Hachimaru finds himself and Pandora’s Box — as well as save the universe — is, to be frank, bullshit! 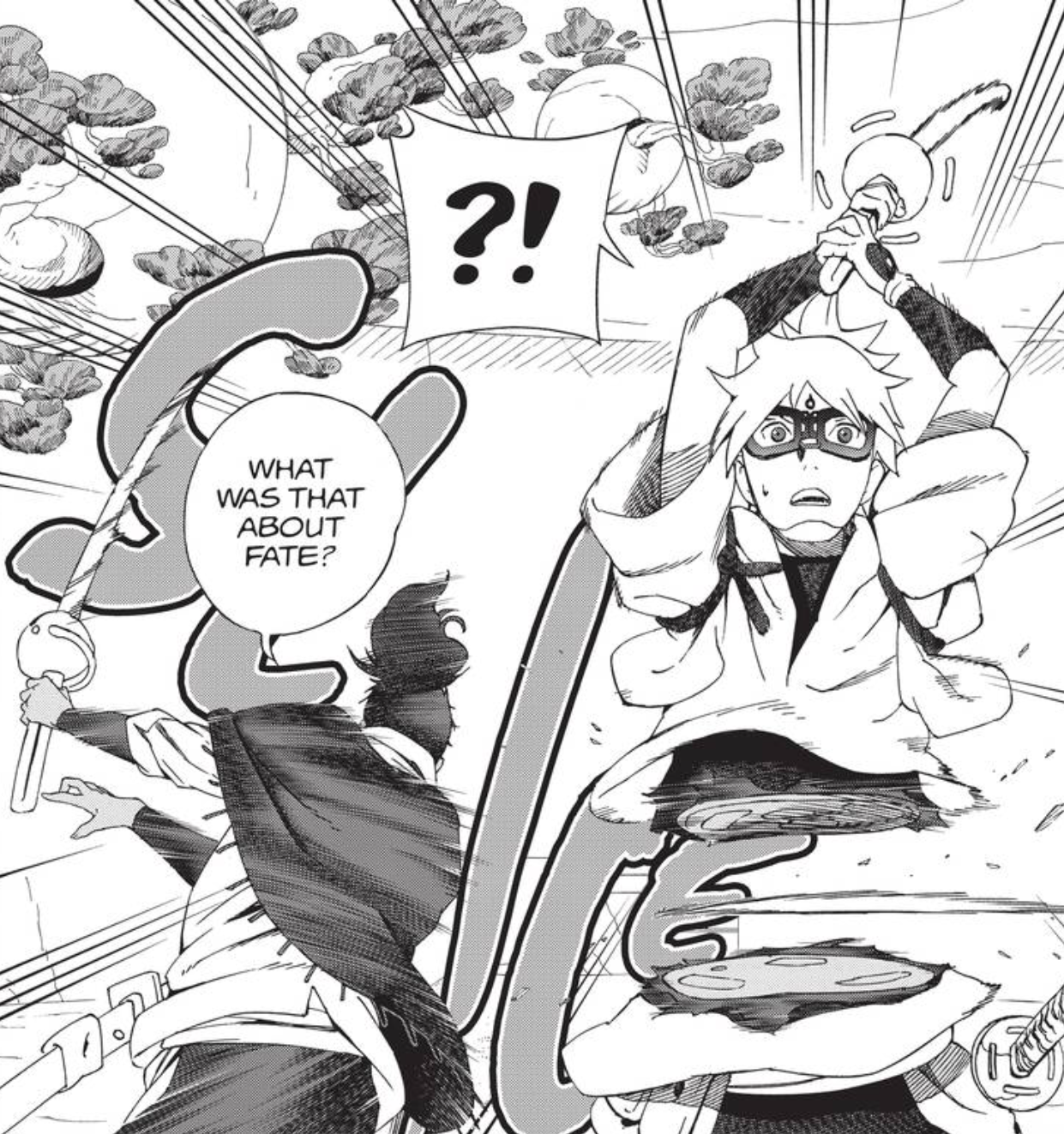 The way everything wraps up isn’t in a nice little package; it’s in a gravy-stained doggy bag with a soggy bottom. Its last showdown lacks the spiritual beauty that the visual ones contain, and how Hachimaru saves the day is one massive face palm of a conclusion. Its hearty moments lack emotion, the action displayed lacks nobility, and the so-called good deeds enacted by Hachimaru and the rest of the characters feel empty. This is, for lack of a better word, disappointing, especially when it comes from someone who created something as beloved as Naruto.

But perhaps that’s just the way things go in the manga world. Akira Toriyama hasn’t had a hit since Dragon Ball; Naoko Takeuchi never followed Sailor Moon with another successful series; and we have no idea if Tite Kubo’s Burn the Witch will be as big as Bleach. (Honestly, if I were Eiichiro Oda, I’d be worried once One Piece reaches its end.) The same may sadly be said about Kishimoto, who perhaps took too quick of a step forward when launching Samurai 8: The Tale of Hachimaru. 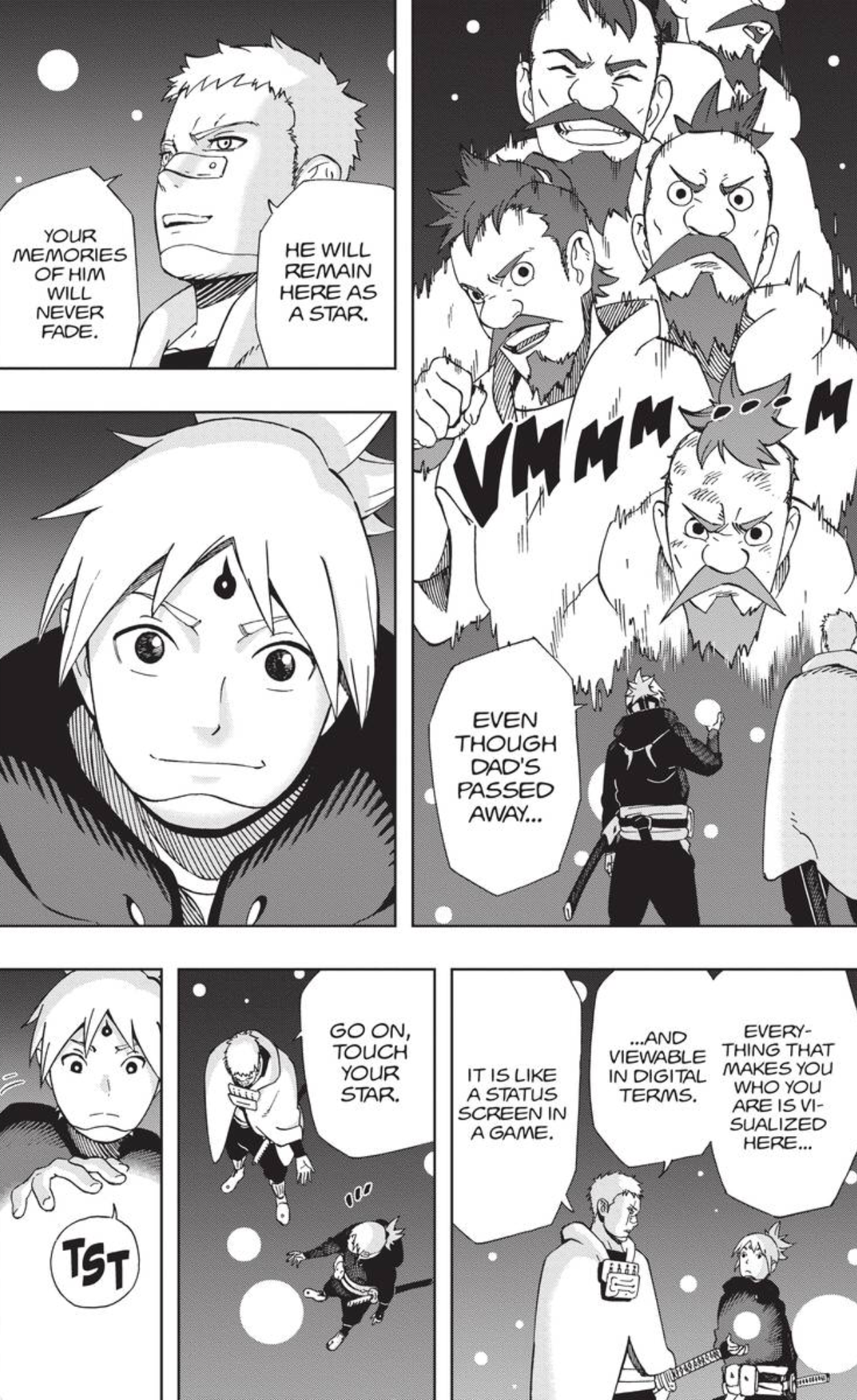 It’s both a blessing and a curse when a manga artist creates a hit. Once that hit lands that final punch, many people will wonder if their follow-up will deliver the same amount of oomph as its predecessor. Had Kishimoto kept Samurai 8 in a better package for a bit longer, things might’ve been better. Alas, the story we got throughout its five volumes has left Hachimaru lifeless on the ground, with a confused Kishimoto looking above while holding the broken soggy-bottomed bag he fell out of.

Samurai 8: The Tale of Hachimaru could’ve been a tasty manga concoction, but there’s just far too much dirt all over it to ever know what it really could’ve tasted like.