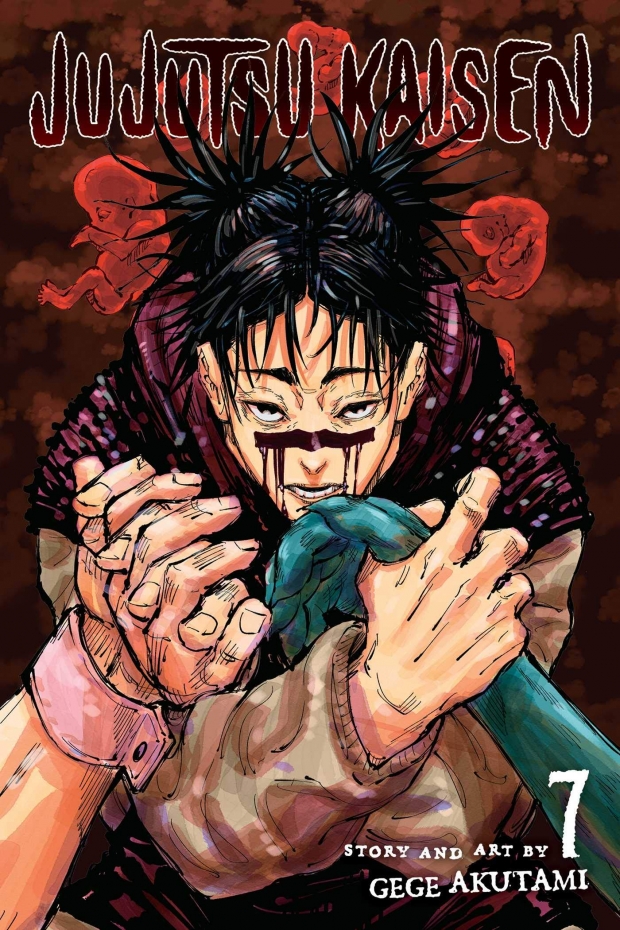 With the Goodwill Event reaching an unfortunate end, Jujutsu Kaisen returns to its main focus: killing curses and finding fingers to swallow. But in the seventh volume — instead of Itadori — it’s Fushiguro that’s given more of a spotlight to shine in. For the most part, his focus brings to light some things about his past. However, it does tend to slow down some of the action that’s been Jujutsu Kaisen’s main pull.

The main premise of Volume Seven is “The Origin of Obedience”, where students have dying from mysterious circumstances. A visit to Saitama Urami East Junior High finds that Fushiguro was one of the star students of its campus (albeit for the not-so-right reasons). As he, Itadori, and Nobara try to find a connection between the deaths and Sukuna’s cursed fingers, another vessel created by Mahito goes on the attack. 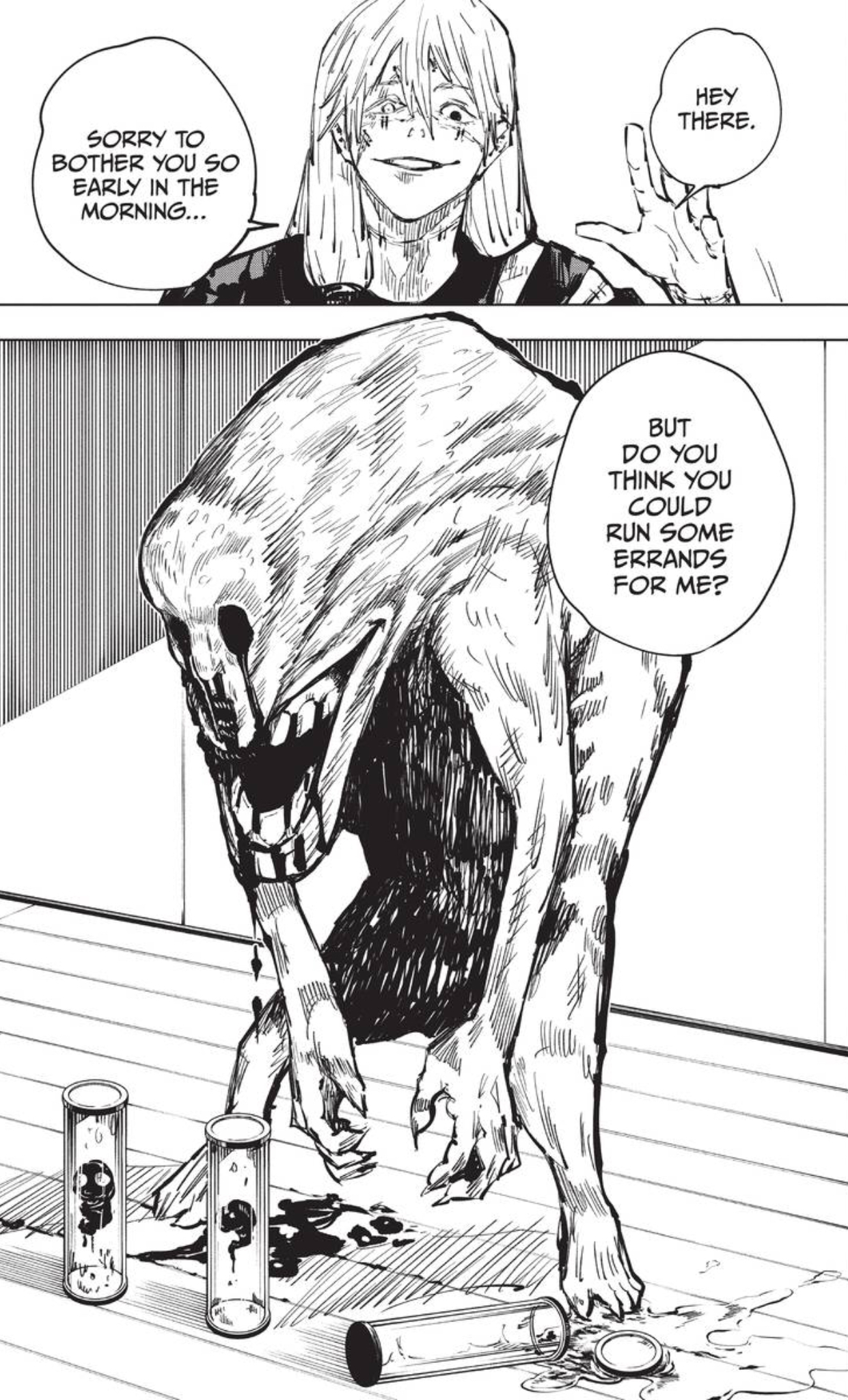 Fushiguro’s back story puts a better understanding of his mannerisms. Under his tough-as-nails attitude rests a caring brother, who wishes for his sister to wake from her cursed prison. He comes off being a lot similar to Itadori, even if his personality lacks the pep of his fellow jujutsu sorcerer. However, where Fushiguro differs on a higher level than Itadori or Nobara is the level of focus he places into his fighting skills, which do tend to shine brighter than his fellow partners-in-curse-stomping.

With that being said, this volume of Jujutsu Kaisen tends to take one too many forcible pauses. The aftermath of the Goodwill Event results in a meeting with the Special Grade Jujutsu Sorcerers, as they talk about the death toll and what they should do next. While the information given is important to the narrative, it overall presentation makes the whole ordeal feel like a chore to read rather than important. A chapter where the sorcerers play baseball — a usual comedy staple in manga and anime — lacks the spark that similar stories in series like Samurai Champloo and BNA: Brand New Animal had to make it memorable. 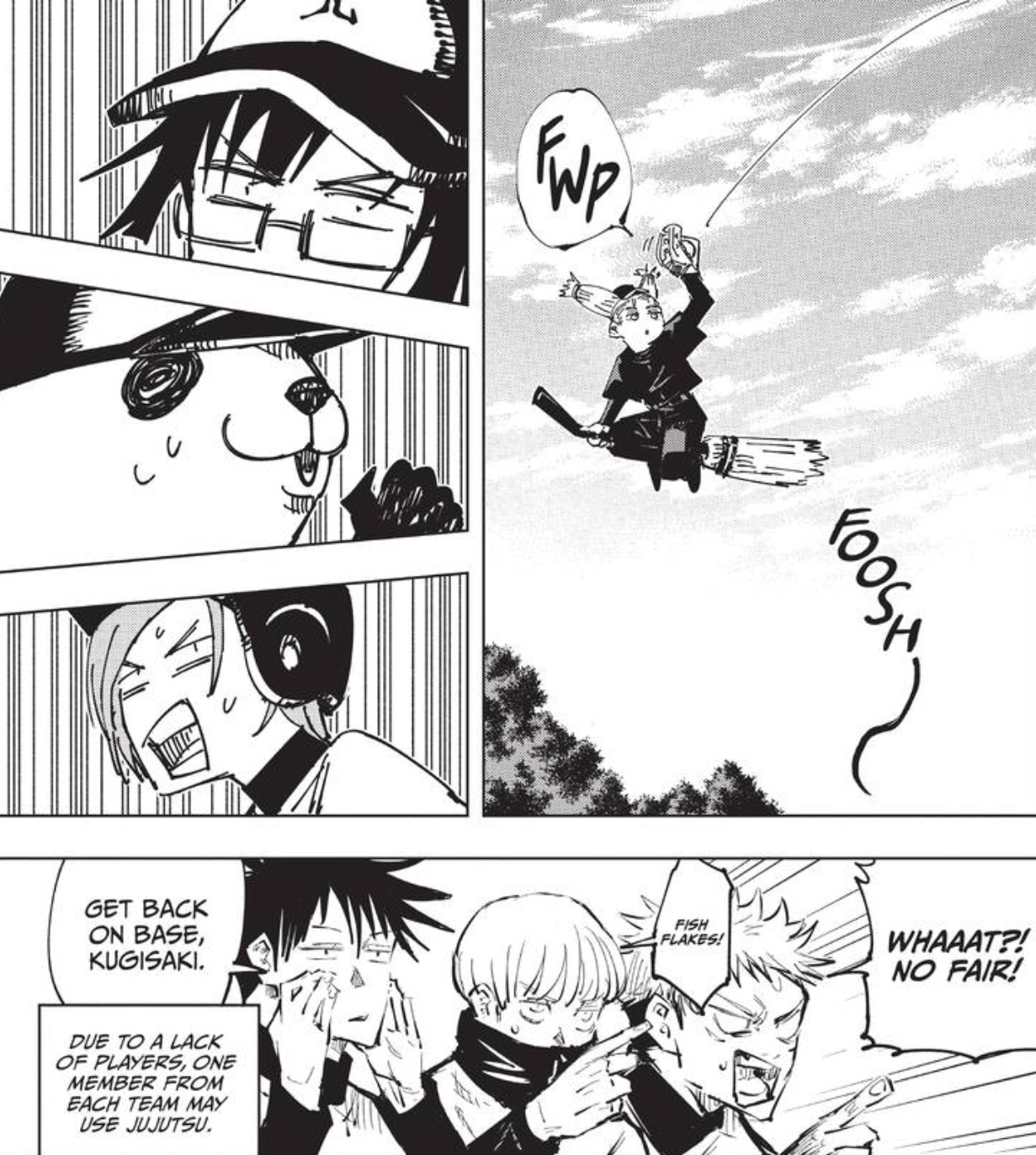 It’s when two new curses appear when the narrative picks itself right back up, especially when it comes to Gege Akutami’s art style. The way he captures action is beautifully detailed, while at the same time keeping to a rough-around-the-edges style. As a result, the fights feel a lot more brutal and gory, in a way that feels akin to Stephen Gammell’s illustrations for the Scary Stories to Tell in the Dark series.

Volume Seven of Jujutsu Kaisen takes some time to get fully going, but when the actions starts, it serves as a reminder of why it’s a current Shonen Jump fave. Even when the dialogue drags, it’s worth soldiering through to get to the meaty battles. Thankfully, with the aid of Fushiguro’s back story, the lore of Jujutsu Kaisen’s characters is getting layered in a deep and fulfilling way. 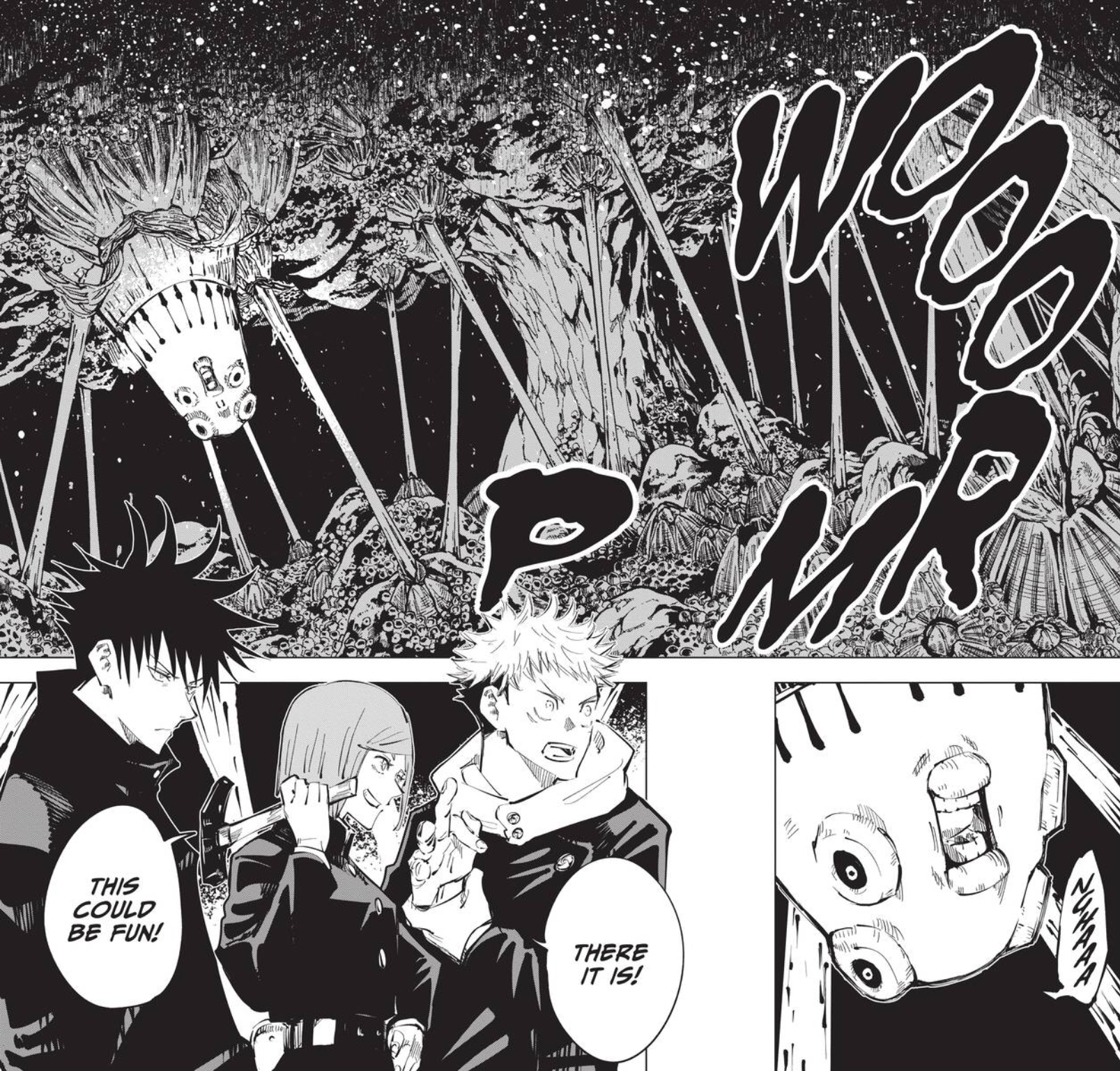 4 weeks ago No Comments