HomeComics/MangaMANGA REVIEW | "Fly Me to the Moon" - Volume Three

MANGA REVIEW | "Fly Me to the Moon" - Volume Three 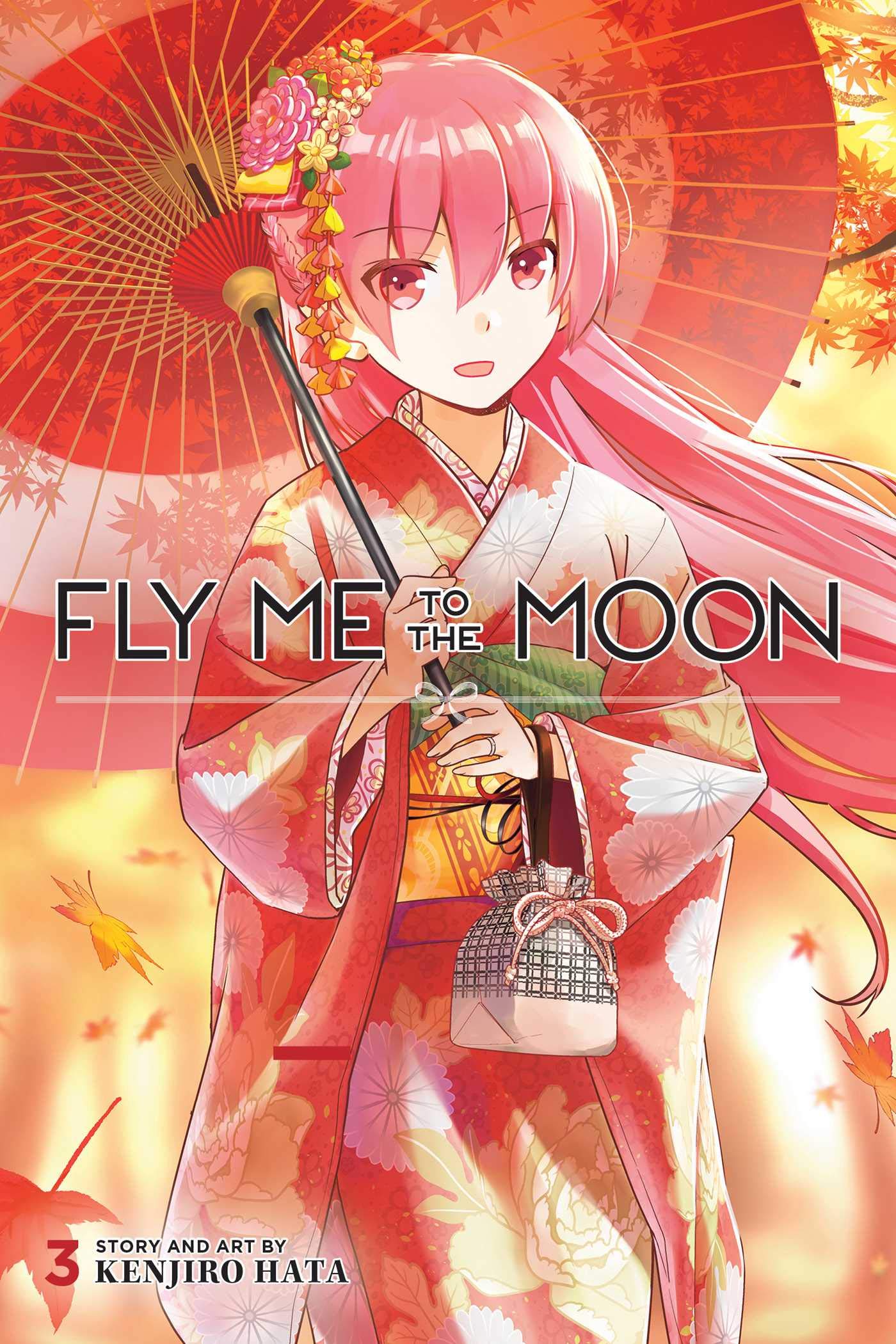 MANGA REVIEW | "Fly Me to the Moon" - Volume Three

The hardest part of any relationship is when the parents meet your significant other. There could be moments of judgement, teardowns of the things you love about your +1, and various other things that could add some bruises to your relationship. So imagine how Nasa’s parents feel when they not only hear about Tsukasa, but also the fact that the two are already hitched. That is the main focus of the third volume of Kenjiro Hata’s Fly Me to the Moon, where Tsukasa finally meets his betrothed’s mother and father.

After discussing the possibility of finding a bigger apartment, Nasa realizes that he has never told his parents about Tsukasa. When a phone call with his mom has him learning new vocabulary words, the end result is an impromptu trip to their home in Nara. However, close behind is Chitose and her maid duo, who are itching to have the couple’s trip end with a Narita Divorce. But with sweetness in heart, Tsukasa and Nasa take this journey and turn it into their own little honeymoon. 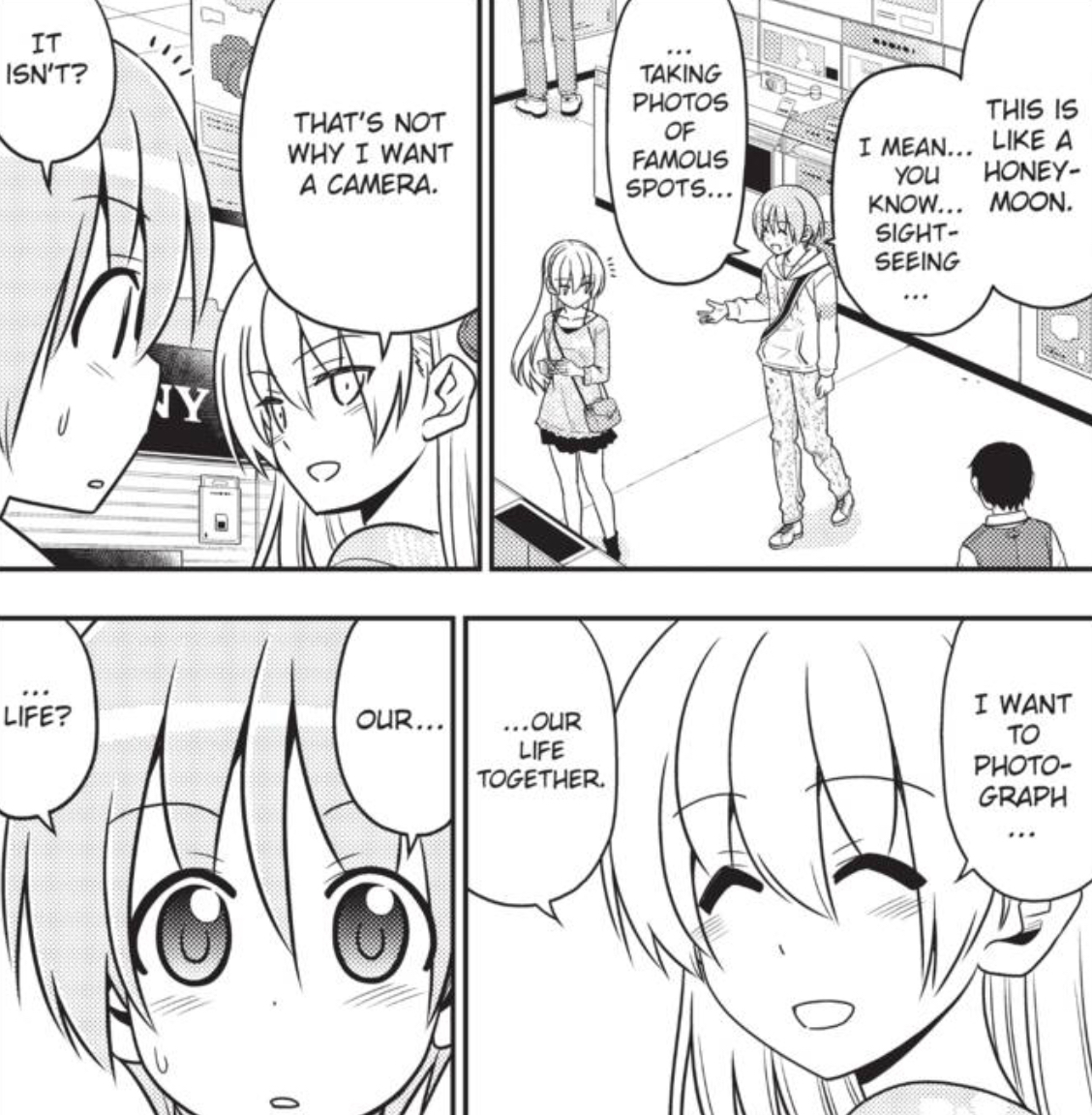 Fly Me to the Moon focuses more on a cutesy tone than a comedic one, and while the second volume went hard with the jokes, the third one brings the couple’s sugar-infused chemistry together. Trying out foods at rest stops, the proper way to sleep on a bus or tatami mat, and even the act of taking pictures is delivered with an overabundance of cuteness. In fact, reaching that point of said cuteness is all part of the manga’s humor, as Nasa and Tsukasa are painted as the ideal couple. (To be fair, Hata does a great job with creating cute couplings with cute characters.)

However, what keeps Nasa and Tsukasa from being that annoying lovey-dovey couple is the high level of their dorkiness. The way Nasa geeks out over Tsukasa’s photo poses and eating habits is a hilarious hot mess. (FYI: I act the same way with my girlfriend, which makes Nasa all the more relatable to me!) When talking about moving to a bigger place, Tsukasa’s face when Nasa suggests high-end movie projectors and a place for a movie & manga collection beams with adorable goofiness. This couple is not just silly to watch, they’re also kind of life goals. 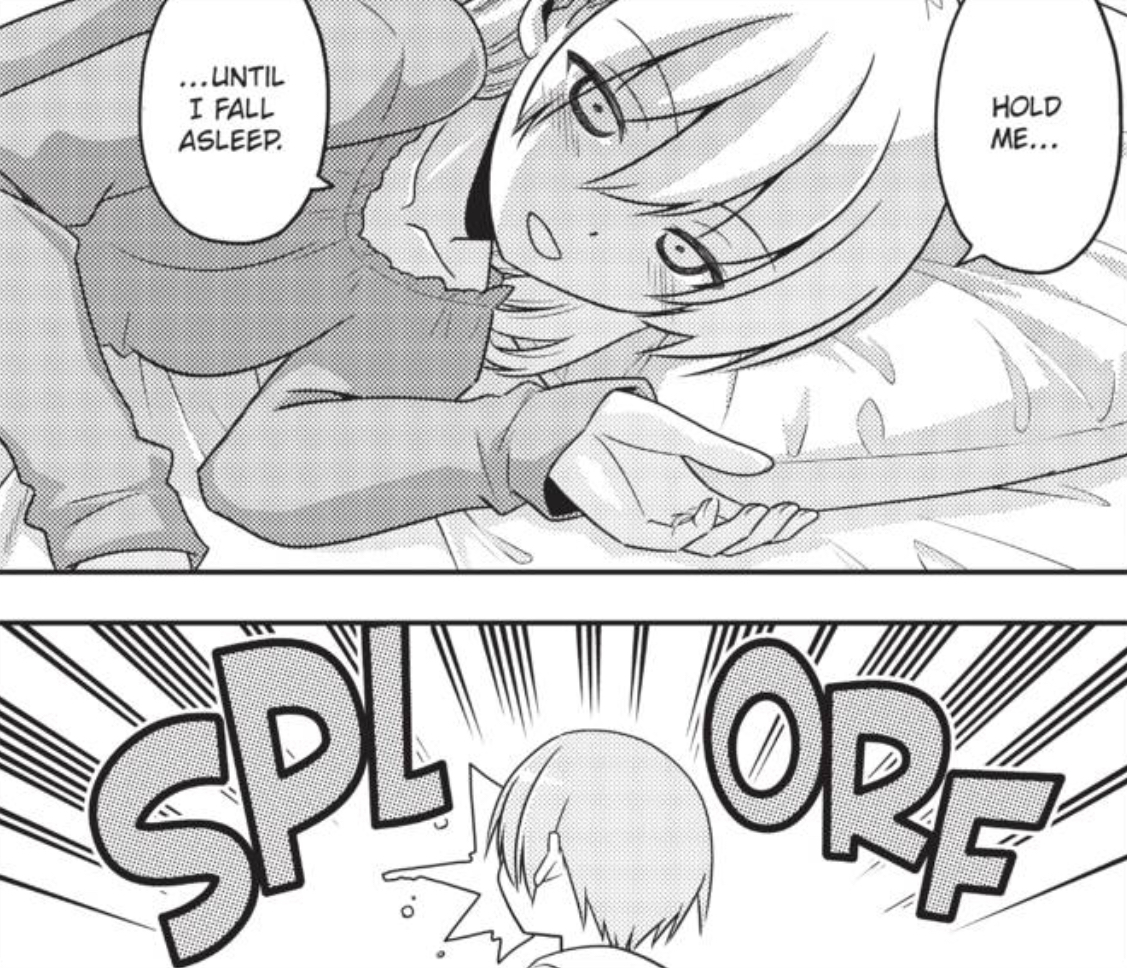 Which brings me to Nasa and Tsukasa’s family. Chitose tests Nasa out with a faux date around Kyoto, as he’s grilled about why he fell for Tsukasa. The bride goes through the same thing with Chitose’s maids, with the reveal that both she and Nasa love each other for the same reasons. While Nasa hasn’t won Chitose over just yet, she slowly starts to understand the reason behind the pairing.

Nasa’s parents also make an appearance towards the end, and one totally gets where our male protagonist gets his personality from. Although they appear both stern and afraid(?) of Tsukasa at first, it’s their gratefulness to the bride’s place in Nasa’s life that brings out their sweetness. Although we only see them for one chapter, readers will already get a good understanding of what kind of folks raised Nasa. 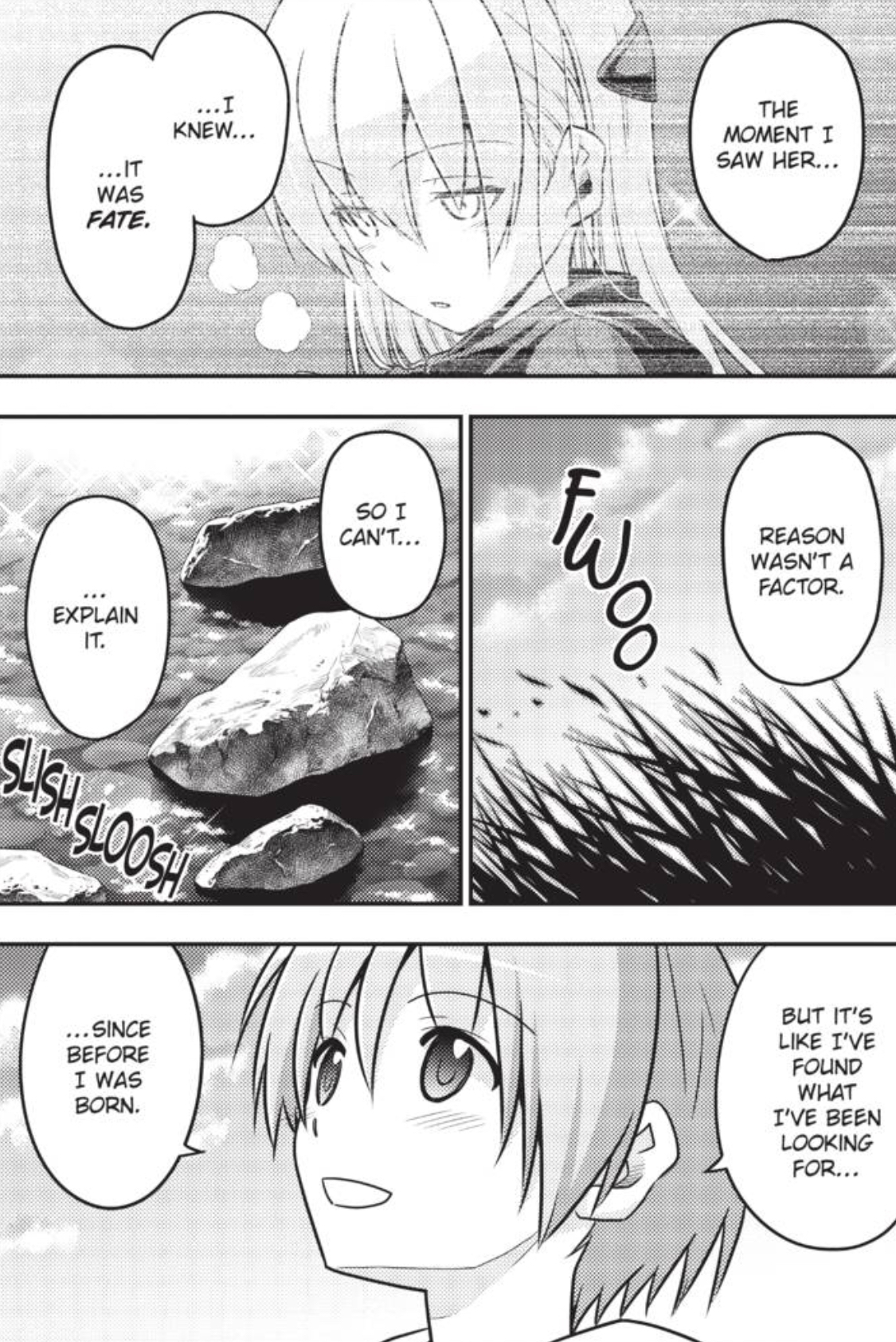 Volume Three of Fly Me to the Moon leans more on the sweeter parts of married life than the funny ones, but it’s still entertaining nonetheless. The pairing of Nasa and Tsukasa is straight-up cute, and their means of every day life and first-times is painted with heartfelt adorableness. It may be awhile before I decide where Fly Me to the Moon ranks compared to Hayate the Combat Butler, but at this point, I’m simply enjoying the ride on this series’s rainbow-colored road!