MANGA REVIEW | "Fly Me to the Moon" - Volume Two 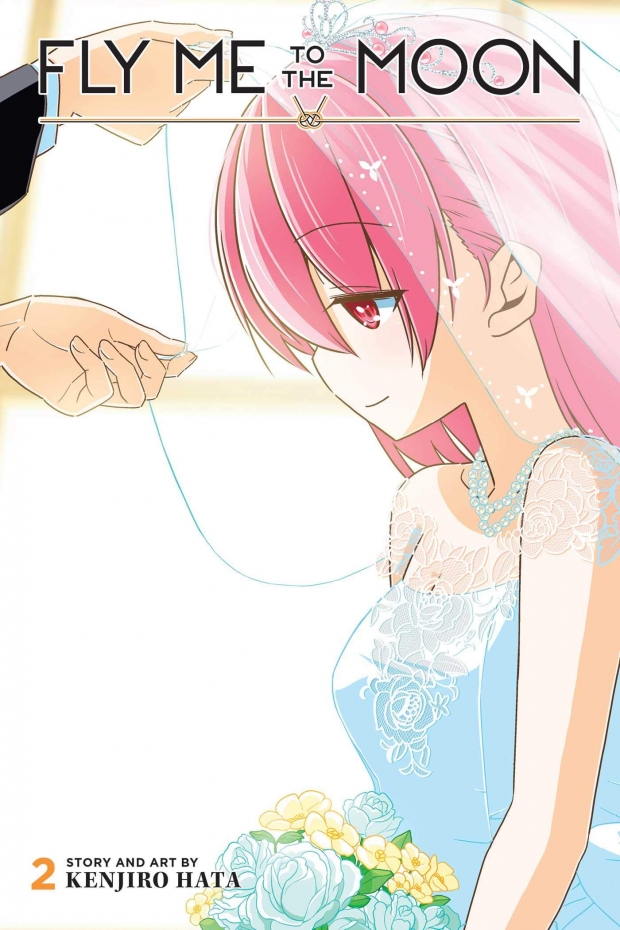 Although Kenjiro Hata's latest series Fly Me To The Moon started off more on the cuter things in life, the second volume is where his trademark sense of humor finally takes over. Said trademark is in the way he relishes over throwing in references both mainstream and obscure in his works, a mainstay of his previous work Hayate the Combat Butler. This results in some fast-paced comedy, the kind that has made Hata one of the best manga writers around. As you can guess, it's this addition that helps shape Fly Me To The Moon into a better rom-com!

Now married, Nasa and Tsukasa now settle into their new lives. A trip to a public bath, a run-in with Tsukaka’s family, and something as simple as buying a TV and renting movies becomes an adventure for the couple. But as the two get to know one another, Nasa realizes that he has skipped some pretty important steps on his path to marriage. Hence why he sets out to get things right with one big purchase: wedding rings. 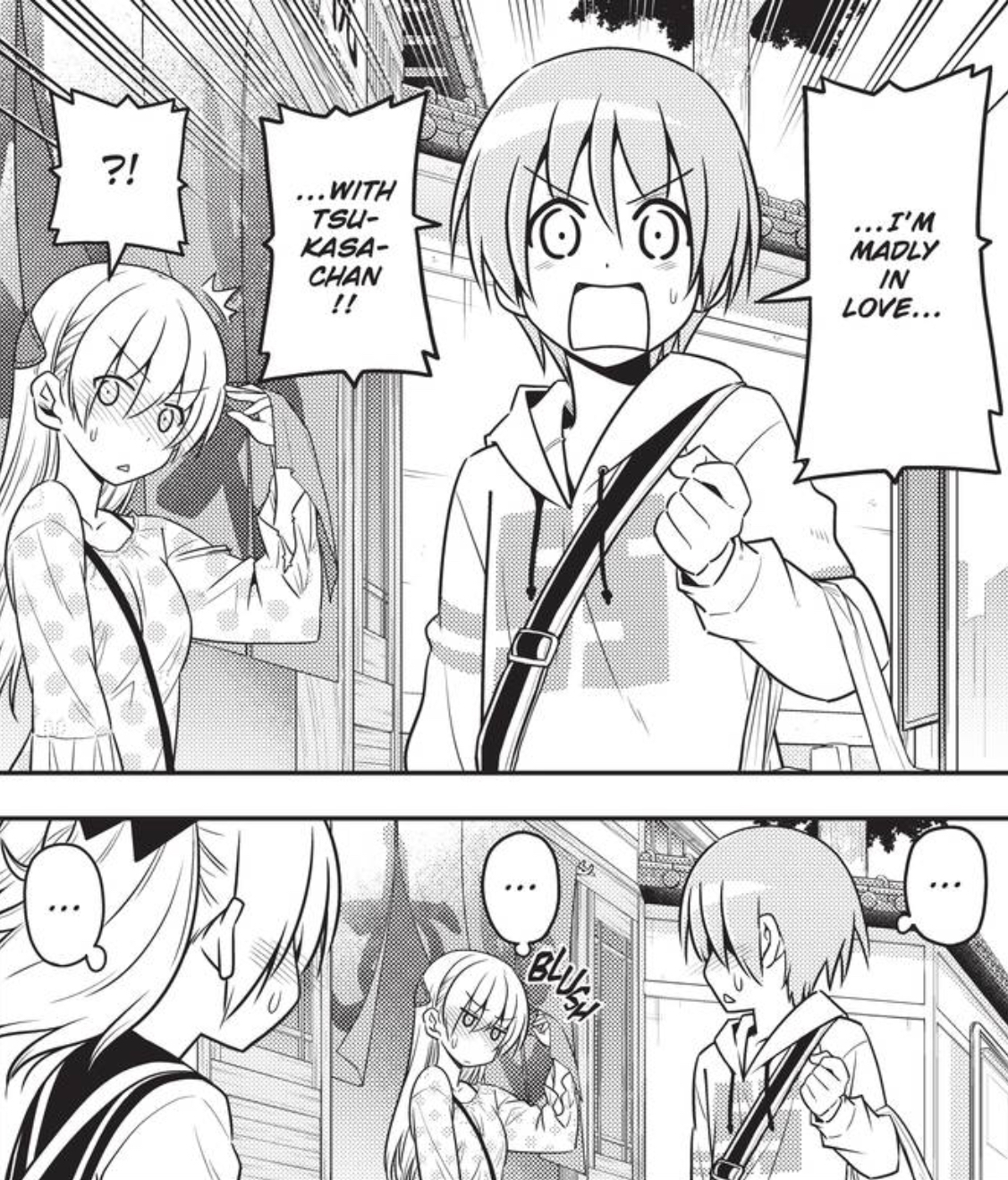 There are not enough words in the English language to describe just how adorable Nasa and Tsukasa are as a couple. As someone who has read and watched countless rom-coms, I cannot remember the last time I’ve seen a lovey-dovey duo that — instead of making me roll my eyes — makes my heart flutter as I read through. Whether it’s holding hands as they blush or Nasa giving Tsukaka a proper wedding proposal, how their love for one another is presented is genuinely delightful. All of this is captured in Hata’s art style, which has always brimmed with silly cuteness.

This does lead me to the other great strength of Fly Me To The Moon: its comedy. Although it took a back seat in the first volume, Hata’s sharp wit and love for pop culture references explodes here in the second one. This is highlighted brilliantly in a chapter where the couple buys a TV and rents some movies. Tsukasa’s knowledge of movies brings a feeling of pity to Nasa, while a run-in with friend Kaname brings out a Ghibli parody you will never unsee once it hits your eyes! 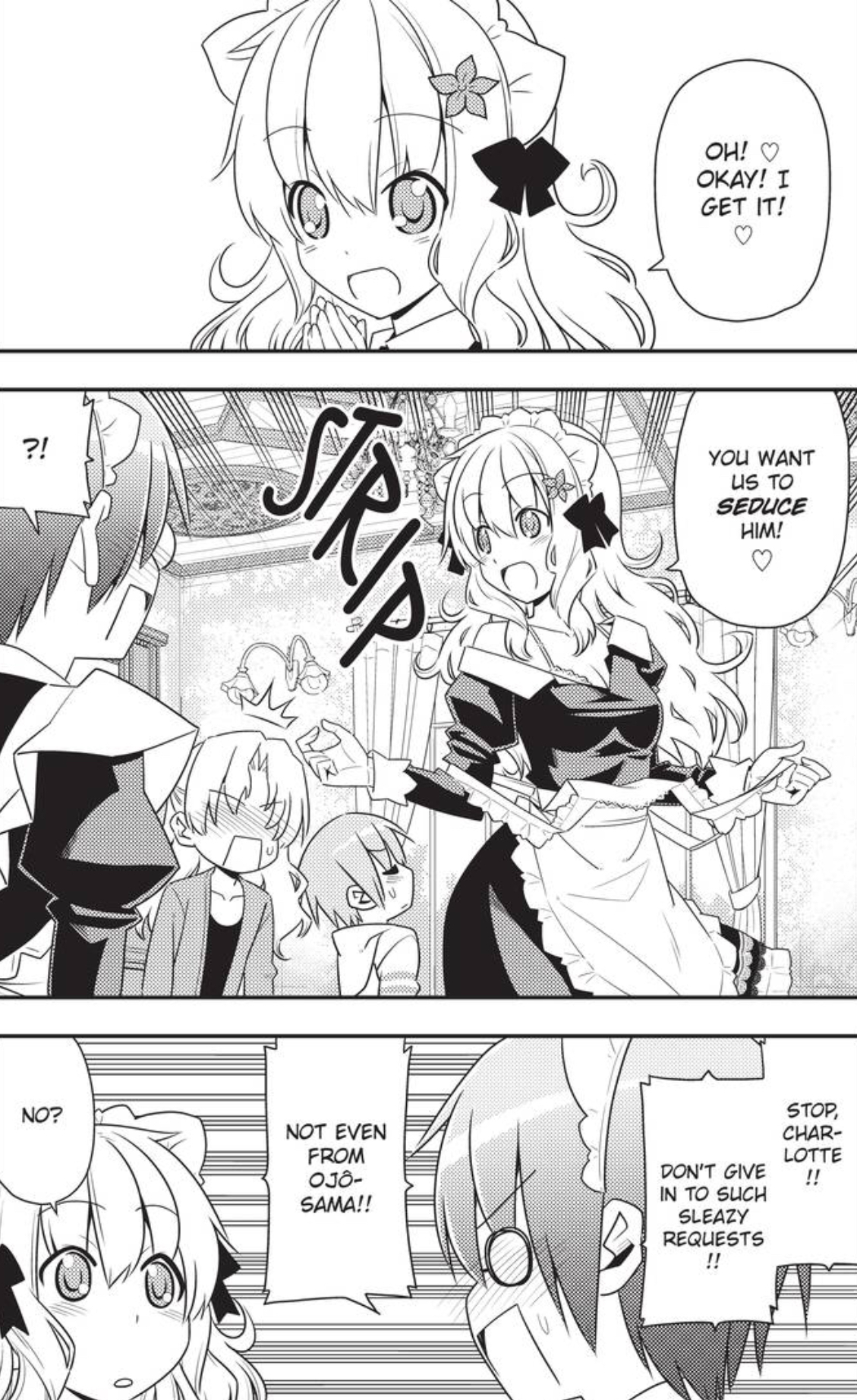 But it’s the introduction of Tsukasa’s sister Chitose when the physical humor hits well. With the aid of maids Charlotte and Aurora, Chitose attempts to get Tsukaka to break up with Nasa by faking some scandalous pics. Though the plans fails spectacularly, it humorously shows our male hero’s knack for still being a nice guy, even when placed in a promiscuous situation.

However, the best comedy bits is reserved for that unseen narrator. It’s obvious that whoever is watching this couple clearly loves to poke fun of them throughout every moment of their lives. It’s trademark Hata comedy, where the powers that be are watching over the story like their name is Tom Servo. (A shame that this didn’t transition over in the anime adaptation, as Hayate the Combat Butler’s had the amazing Norio Wakamoto narrate the story in the most hilarious of ways!) 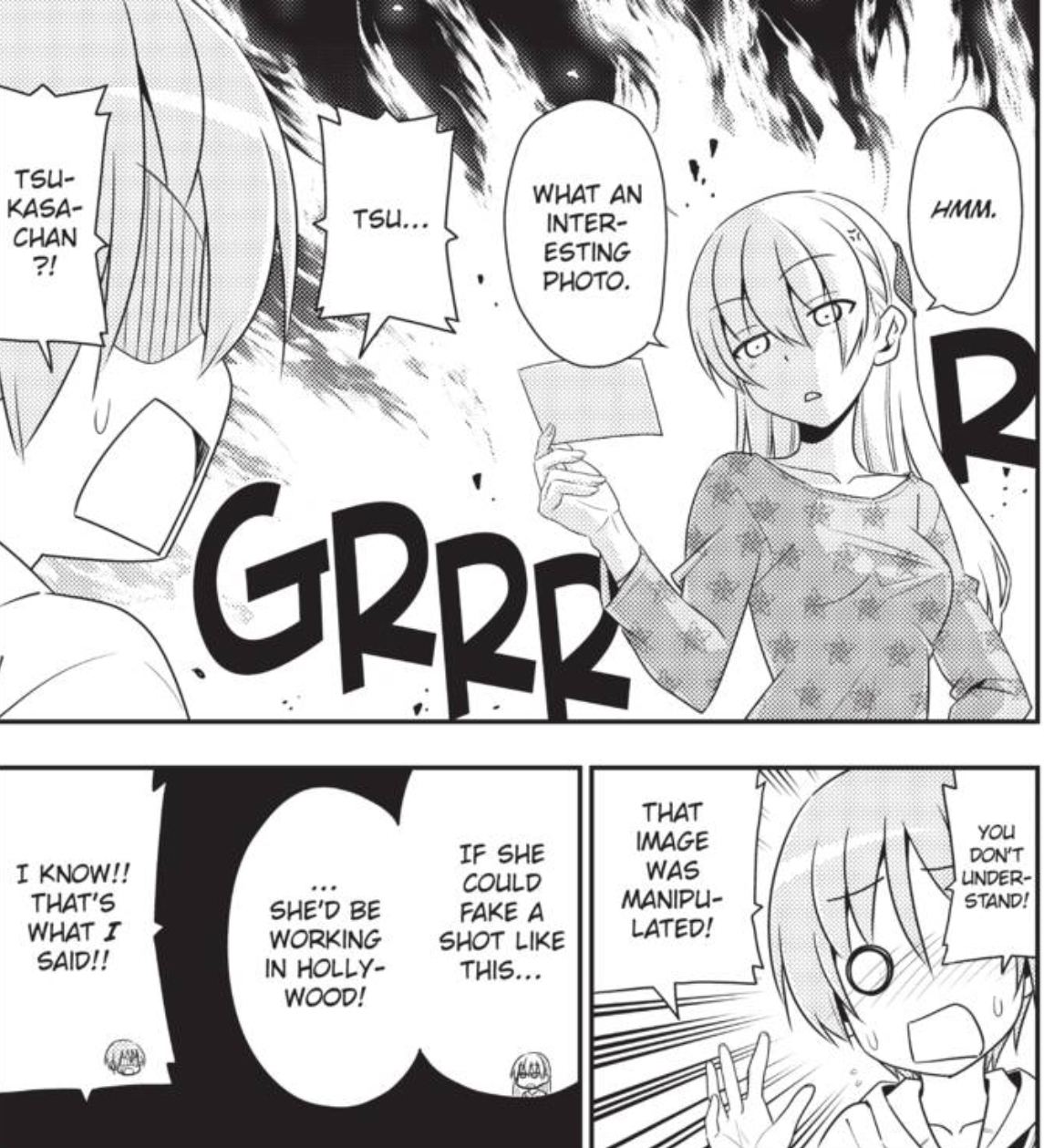 Volume Two of Fly Me To The Moon is where those familiar with Hata’s works can get comfortable again. Nasa and Tsukasa’s newlywed life is still very cute, but the comedy has now reached the same quantity & quality as its sweetness. Knowing the cleverness of its creator, one can only hope that both the heart and the funny bone of Fly Me To The Moon will continue to make you fall over laughing while making you fall in love at the same time.