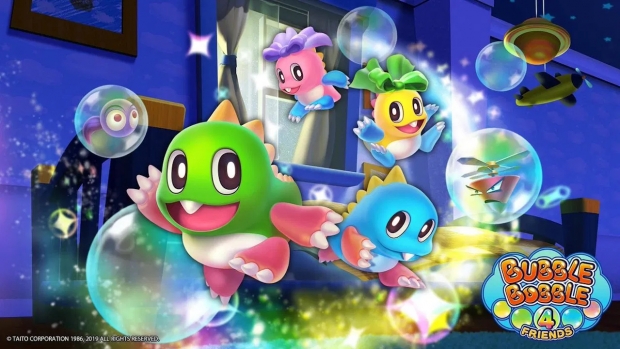 Not every classic game needs a gritty reboot or some deep storytelling element to keep things fresh. Sometimes, all one needs is a fresh coat of paint. Bubble Bobble is one such title, a game that was one of the very first titles I ever played on the NES. The gameplay was simple, fun, and — above all — incredibly cute. The latest in the series, Bubble Bobble 4 Friends: The Baron is Back, is more of the same, but consider that a good thing.

Developed by TAITO, Bubble Bobble 4 Friends has up to four players hitting various arcade-styled levels as they use the power of water orbs to vanquish enemies. As you attempt to defeat all of the foes on-screen, players must attempt to do as many combos in order to achieve a higher score than their counterparts. At the end of each world, a boss will appear, which is where more strategic means of defeating them will come into play. With each defeated boss comes a new power-up, which can make your bubbles more electric or even explode. 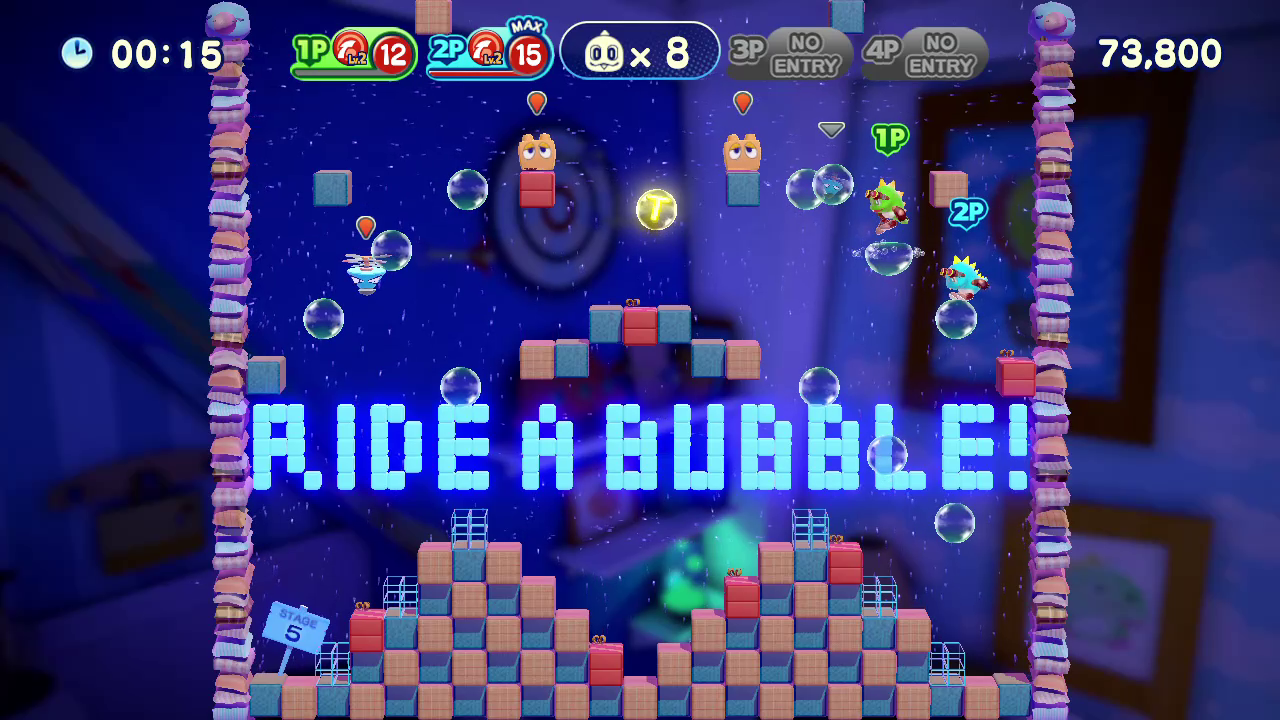 “Groundbreaking” isn’t a word I would describe the latest Bubble Bobble, despite some of its additional gameplay mechanics. There’s no dark underlying storyline to be found, nor is there some sort of epic plot twist midway through the game that shakes up the entire foundation of the franchise. It’s just some bubble-blowing heroes embarking on a big neon-colored adventure. And in the case of this series, that’s all one needs to fully enjoy it!

What makes Bubble Bobble 4 Friends fun is the overall tone of the game. There’s this feeling of a dreamscape world that your adorable characters are in, as you attempt to thwart the plans of some equally-cute baddies. It’s a stress-free experience, made especially for those looking for something that’s both classic-feeling and appealing to the eyes. Dare I say, it’s the kind of video game we kind of need right now! 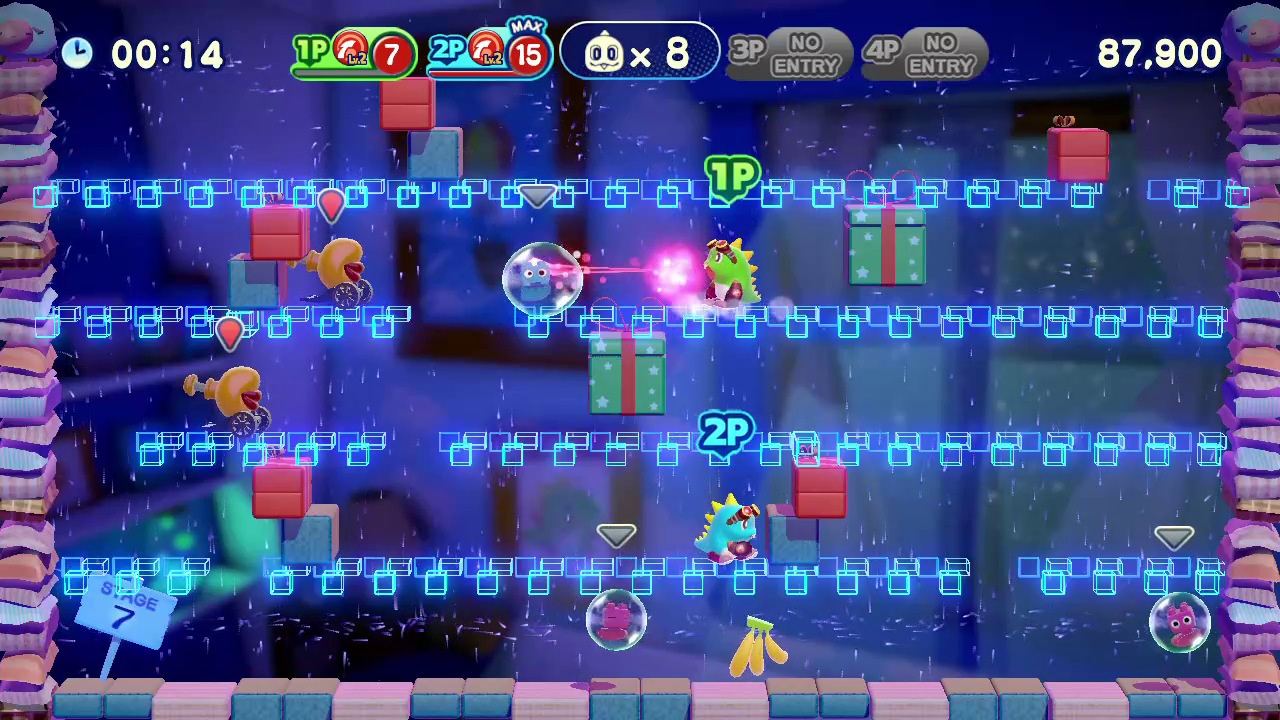 Jumping in to play is pretty breezy if you were familiar with any of the other titles in its lifespan. Whether it’s by yourself or with 1-3 friends, Bubble Bobble 4 Friends brings forth a lot of silly mayhem on the screen. It’s tailored for both casual and hardcore gamers, with something relaxing to enjoy for the former and an arcade-styled point system (with worldwide scores to compare) for the latter. If you are in it to have a bright colorful time, then this game is for you; if your aim is to be the best arcade gamer around, then this is also for you!

However, it’s not all a relaxing good time. There will be moments where you’ll have to use your brain to solve tricky level layouts. Reading one’s surroundings, timing one’s jumps, and even shooting a bubble at an enemy at the precise moment is key for victory. Sometimes one’s best to go with the flow; other times there will be a need to study the level before you even take a single step. It’s a good challenge that keeps things exciting, but at the same time never reaches levels of frustration. 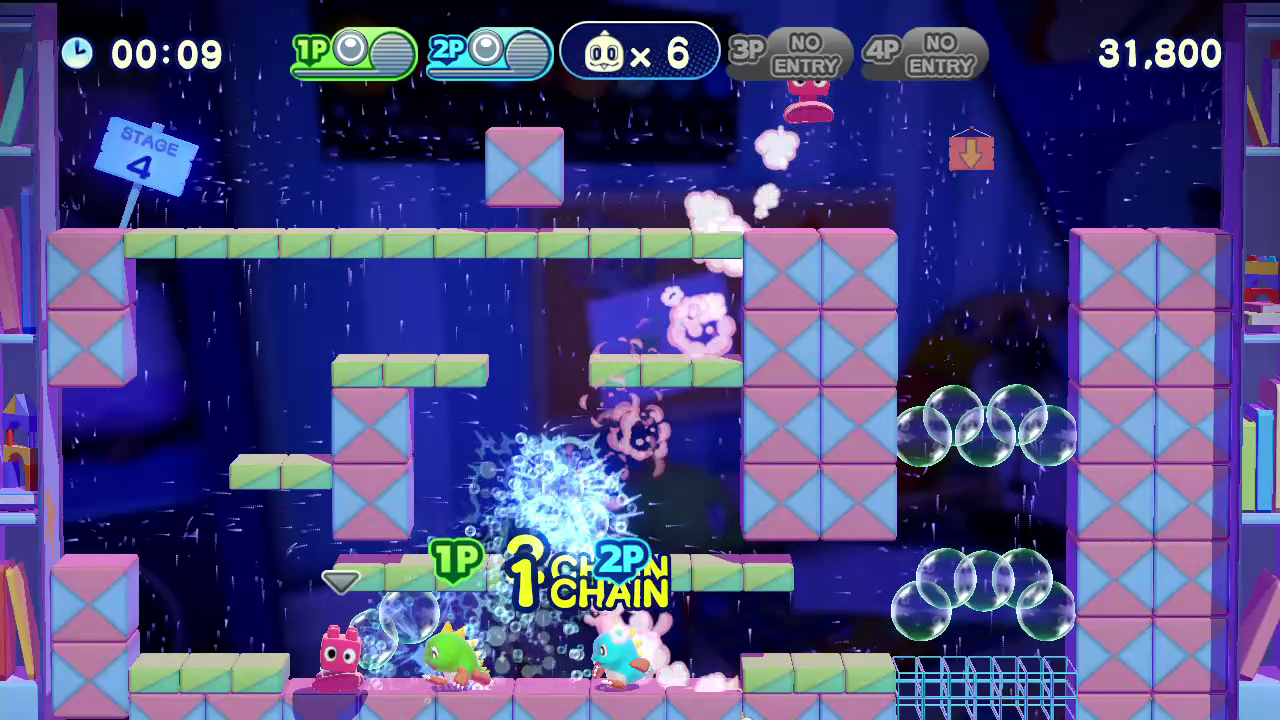 With that being said, there are a couple of boss battles where that frustration nearly peaks. One level that has a boss unleashing armies of enemies at you feels almost impossible to beat when playing by yourself. There’s also that dreaded Wizard that appears throughout some levels, which merely getting to can be tricky in some places. You can be close enough to wipe him out with a bubble, only for him to blast you with his magic, forcing you to start again!

Despite these parts, Bubble Bobble 4 Friends aims to please anyone who plays. Its colorful worlds and cute character designs have transitioned wonderfully to the PS4, bringing forth a feeling of cheer just by looking at it. Even on a modern controller, handling these dragons is just as smooth and easy is it was back on the NES. When playing with three other people, the level never feels crowded; instead, it feels more like a fuzzy party! 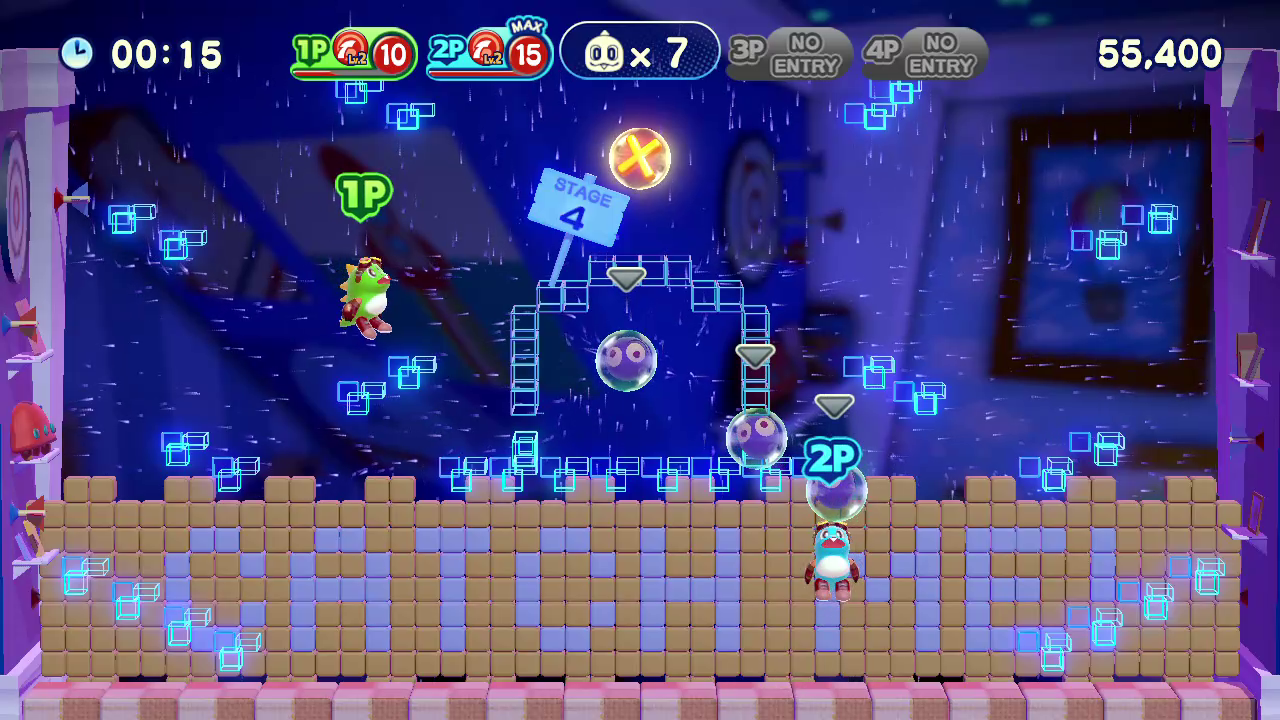 The campaign for Bubble Bobble 4 Friends will take most roughly two hours to complete, which is a fair enough time for friends to play, but not so much if you do it solo. There are plenty of reasons to go back, such as to earn three-starred ratings and higher scores. Players can also revisit the original Bubble Bobble, which — even after 35 years since its release — is still a blast to play!

Bubble Bobble 4 Friends: The Baron is Back isn’t the greatest follow-up to a classic arcade game, but it’s certainly one that is just as endearing to experience. With a great foray of new weapons and terrific co-op play, TAITO’s latest in the series is as fun as a barrel of dragons! It won’t make you teary-eyed, but a glimmer of joy will roll down your cheek as you witness the silly good times that Bubble Bobble 4 Friends offers!

Promotional consideration provided by Derek Reeve of PR Hound. Reviewed on the PS4.