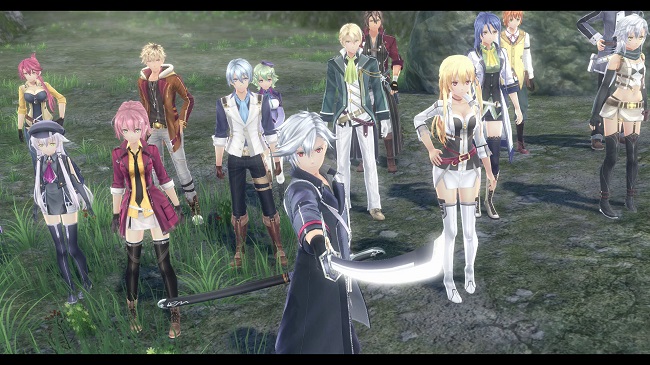 So, it's finally come. The conclusion of a sub-series of a franchise. After seven years of Trails of Cold Steel, the story reaches its own finish line with its fourth and final chapter. This review will cover an overview of the game and what makes it tick, but I also want to talk about the series as a whole, with both of its strengths and weaknesses showcased after everything has been settled.

Trails of Cold Steel IV is a direct continuation of the events of the third game's cliffhanger ending. Rean is captured, and the core of Class VII has been taken to Rose and Emma's village to hide from the Imperial Government. After regathering their strength, the kids set about trying to first find Ash and Musse before working on a plan to get back their instructor. As such, the game's narrative very much mimics the second game in terms of flow. After Rean comes back, you'll set about growing strength and taking on trials to try to throw a wrench in the Chancellor and Ouroboros' plans. The way you go about doing this makes the game a little bit free-form, as you have to do a few requests before the next main plot point happens. 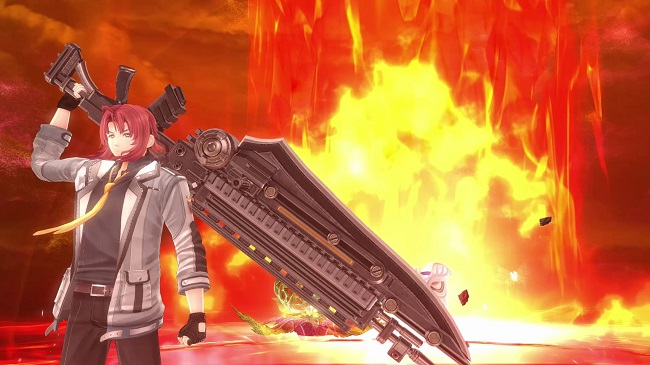 Now, this is the part where some might argue that this kills the game's pacing. And while they aren't wrong in some respects, in exchange, the game offers some fun battles. There are also some nice interactions between characters who we haven't seen in a while. And the antagonists and protagonists get some closure or further development.

If you still thought that the new Class VII had weaker characters compared to the previous Class VII, you'd be wrong, as this game shows us not only are they their own characters, but that they have also grown. If there is one criticism to this game, it's that it could have gone from a great game to an even better one by trimming down some of this fluff. Other players would have appreciated it, but I love it enough. It's just something that I feel others should be aware of. 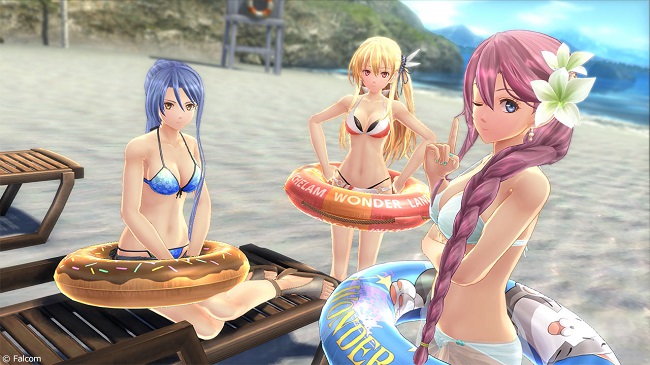 As for the gameplay, not much has changed, There are some additional tweaks to some systems and some general rebalancing. The difficulty of the game has also changed as well. Normal difficulty is still pretty easy, but even basic encounters can still be deadly if you are underprepared. Some aspects have been nerfed, like the Brave Orders. Now, they need to be built up from rank 1 to 2, by way of Trail Chests which have returned from Cold Steel II. These trials will require specific characters to challenge them, which provides some interesting strategy and forces you to use characters you might not have used otherwise.

Speaking of which, this game has the most playable characters in any Trails game to date, which represents a bit of a problem. The game didn't bother me in this regard, but it potentially suffers a bit from roster creep. The Trails of Cold Steel series and Cold Steel, in particular, have gone on so long, that the number of characters may have bogged down the game's pacing. Falcom wrote themselves in a corner a bit by feeling like they needed to include nearly everyone from the Sky and Zero and Ao no Kiseki teams. The only ones missing are Zin, Dudley, Wazy, Arios, Noel, and Rixia. It doesn't help that a lot of these extra guest characters are a bit nerfed themselves, since they seem to be missing some of their crafts, and sometimes their equipment and quartz can't be altered. But outside of battle, welcome tweaks are the ability to see when a hidden quest is available, represented as a green exclamation point or star. 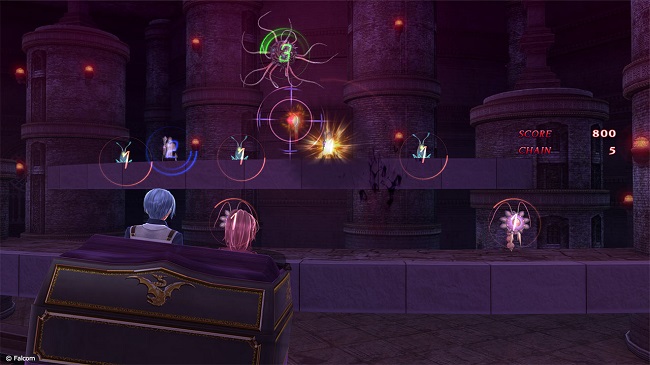 As for my feelings on the franchise as a whole, I love this series to death, and couldn't get enough of it. The length of Cold Steel games never bothered me, but I can see where trimming it down would have not only been possible, but welcome. There are some battles that could have easily been experienced as a cut-scene, or at least the HP and other stats of these enemies could have been cut down to make battles go swifter. The only real remedy for this for players is to just play on Very Easy. This ensures you'll only need to concentrate on enjoying the story of any of these games.

But if there is one thing I could do with seeing less of, it would be the harem aspect of this series. Hell, even Altina is "dateable"! Falcom shouldn't have tried to pander to a specific audience. Trails is a better series when the writing is tight and more cohesive. What I'd like to see is less of the dating and high school life aspects, a new female protagonist. And a plot that starts from a point that won't later suffer from escalation creep. Even a simple murder mystery type of plot would be welcome. 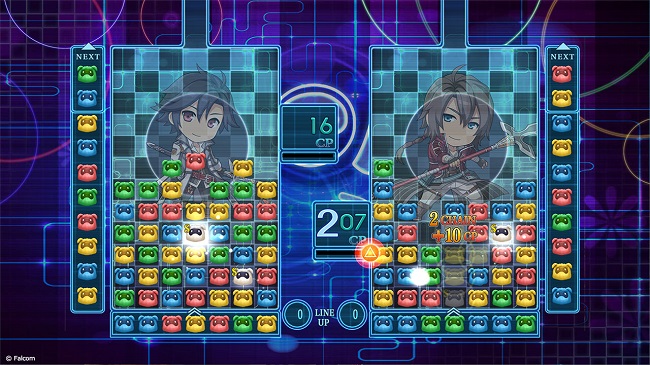 But before I close this review and hand down my verdict, I'd like to address the perception that the game's pacing isn't that much of a problem once you realize at least what the team was trying to do. I see the extra time that's been diverted away from the main plot as a way of trying to make these characters taking time to save this town or settlement here and there. In a fashion similar to Dragon Quest, it feels like your group is going around like heroes and solving smaller problems, even if the world is in imminent peril. This is what makes the group heroes, which lends itself well to the title of the entire franchise, and I love that. I think some people forget that, and just need to find a way to be impressed by the 40-hour mark.

So while the series isn't for the impatient, it's only as good as the time that one is willing to invest in it, and it's a large investment. I look forward to seeing if NIS America localizes the Crossbell and Hajimari games, and if XSEED localizes the Switch ports of Cold Steel I and II. But as for everyone else, if you are a fan of this series, you should go all the way to the end, and play this game. If you are a fan of JRPG's, play this series ASAP (although you really should start with Sky).

The Good: Despite its length and writing issues, the game is still really fun to play.
The Bad: Guest characters are less fun to use.
The Ugly: A lot of the game's length is attributed to mostly unnecessary obstacles that prevent the narrative from being more streamlined.

SUMMARY: Trails of Cold Steel IV is unnecessarily long in the tooth and could have stood to have been trimmed down and better written, but it's still a highly enjoyable conclusion to 14 years of Cold Steel.

Promotional consideration provided by NIS America. Reviewed on the PS4 and PS5.