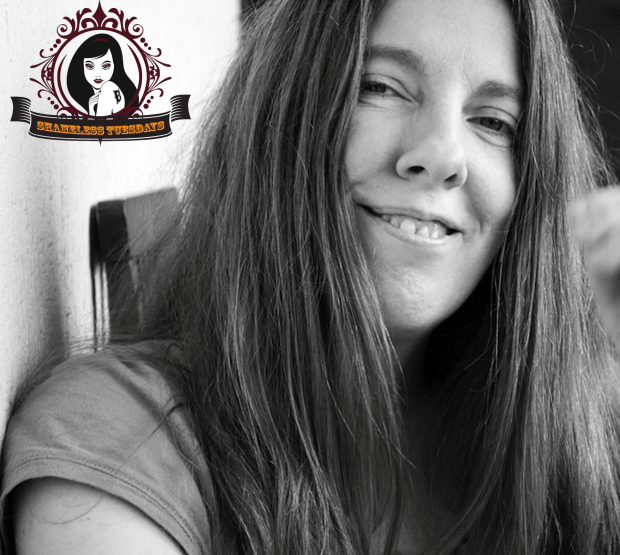 These days, No Borders No Race gets a lot of requests from various PR representations; however, you'll always remember your first. It was Summer 2016 when the Boston Bastard Brigade's inbox started receiving emails from an indie press relations team known as Shameless Promotion PR. Its founder, Shauna McLarnon (who also moonlights as a musician and composer), had a mission: to break out new talent, work with innovative artists, and even bring some of the most influential and ground-breaking musicians of the past few decades back in the limelight. I took a listen, liked what I heard, and decided to give what she had to offer a shot.

Four years have gone by since those emails started coming down, and the number of Shameless Promotion PR-repped artists that have graced No Borders No Race has reached the hundreds. From exciting newcomers like Clark Twain and Elizabeth the Second to indie legends like Kristin Hersh and Bauhaus's David J, the amount of talent that this team sent down was more than one normal Podcast could usually handle. Fortunately, that's where Shameless Tuesdays came in.

When No Borders No Race switched to a bi-weekly schedule (you know, because my life got too packed to do it every week, sadly), Shauna and I brainstormed on another way that I could promote her team's musicians. She suggested that I let her artists craft their own playlists; perhaps ones that were inspired by their sound, their love for music, or even something new that they were working on. After a quick Google Search and a small back-and-forth with ElectricSistaHood founder NinJaSistah, Shameless Tuesdays came to life on June 5, 2018 with a collaboration with artist Searmanas.

Since then, many amazing performers have graced the Shameless Tuesdays posts. From Rasputina's Polly Panic and J-POP composer Moist to former Throwing Muses member Fred Abong and power metal extraordinaires Mono Inc., their passion to create music and share their thoughts in playlist form has livened up the Boston Bastard Brigade pages in ways that delighted our ear drums. This year alone, we had a lot of exciting acts such as Ender Bender, Felixity, Darwin, and KnightressM1 just to name a few.

No Borders No Race has benefited wonderfully from this partnership with Shameless Promotion PR, as it has also opened the door for all of these other press relation companies to reach out and have their artists showcased on our show too. But as we said in the beginning, there's always a first, which is why I'm eternally grateful for everything that Shauna McLarnon has done to bring these amazing artists not just to our show, but shows all over the world. That's why today, Shauna's getting the keys to the Shameless Tuesdays playlist tossed our way.

Here's what Shauna has to say about this week's playlist:

2020 was a year loaded with music, which is really not how I expected things to roll once the whole Covid-19 panic took hold in country after country, city after city, month by month. The live music scene came to a grinding halt, as did the travel sector in general, meaning that the events we usually like to be involved with (like SpaceFest, Creation Dream Machine and Liverpool Psych Fest) did not happen. Although the more immediate pre-lockdown period allowed for the opportunity to promote concerts by China Crisis, A Flock of Seagulls and Rational Youth, we knew that we would be in for a dry period.

Unexpected by us (fortunately), it turned out that the lockdown resulted in a surge in creativity, fueled by artists having to stay home and finally finding the time to write and record more music. While some of the music released had been written and recorded earlier, a good amount of music was actually inspired by and written in spite of the pandemic. Hence we were able to continue playing a critical role in helping artists find their audience and gain wider exposure via press, radio, podcast, social media and playlist coverage.

Over the years, Shameless Promotion PR has had the fortune of working with many legendary artists and producers, some of whose activity dates back to the 70s, 80s and 90s. While this sometimes involves one-off campaigns, yet other artists are ongoing clients with a continuum of activity / output that we promote from year to year. Certainly we can count our blessings, having promoted music by Kristin Hersh, producer John Fryer, Colin Moulding & Terry Chambers (XTC), Mark Gardener (Ride), The Wedding Present, Neville Staple (The Specials), Wayne Hussey (The Mission), Bauhaus' David J, Kevin Haskins and Daniel Ash, The Veldt, Dean Garcia (Curve), Ministry, Throwing Muses, Duran Duran, Marty Willson-Piper (The Church), Thurston Moore, The Membranes, Robin Guthrie (Cocteau Twins), Spiritualized, Ty Segall, Joel Gion and Anton Newcombe (The Brian Jonestown Massacre), Rat Scabies (The Damned), Walter Lure (The Heartbreakers), Shriekback, Morgane Lhote (Stereolab), A.R.Kane, The Telescopes, Goodbye Mr. MacKenzie, Pia Fraus, Pylon Reenactment Society and Bettie Serveert, among others.

2020 was particularly memorable in terms of the diversity and range of artists we promoted via Shameless Promotion PR. Apart from numerous emerging artists, the fan-girl in me screamed with joy more than a few times. We had the honor of working with Ride frontman Mark Gardener, Violent Femmes' Victor DeLorenzo, Matt Walker (Morrissey, Smashing Pumpkins, Filter, Garbage) for his solo project of1000faces,,legendary producer Martin Bisi (who recorded and produced groundbreaking music by Sonic Youth, Swans, John Zorn, Herbie Hancock, Helmet, Africa Bambaataa, Dresden Dolls) and Tim Friese Greene (Talk Talk, Catherine Wheel). We promoted the 'TOS 2020' charity single by ReMission International, led by The Mission's Wayne Hussey and involving Gary Numan, Midge Ure, and members of The Smiths, Depeche Mode, The Cure, The Wonder Stuff, The Cult, Siouxsie & The Banshees, The Twilight Sad, All About Eve, Love & Rockets, Slowdive, Nine Inch Nails, Gene Loves Jezebel and Trentemøller, among others.

For several years now, we have also had the pleasure of working with Beauty in Chaos, a super-group of sorts involving numerous rock and post-punk luminaries. This year, BIC put out not one but two major releases (plus multiple videos), involving producer Tim Palmer, Roger O’Donnell (The Cure), EDM star Bentley Jones, and members of Marilyn Manson, The Awakening, Guns N' Roses, Human Drama, My Life With The Thrill Kill Kult, Pigface, Hate Dept. and Holy Wars.

What a truly exciting year it has been for music output. Our team at Shameless Promotion PR has prepared a Spotify playlist of artists we've had the privilege of working with in 2020, providing a solid indication of just what a stellar year this has been for new music. We expect that 2021 will bring equally as much great music (if not more) and, if the Gods grant our wishes, an enthusiastic return to live music culture and vibrant events. We can only hope.... but in the meantime, we have plenty of brilliant music to tide us over. Wishing all a wonderful holiday season and new year ahead.