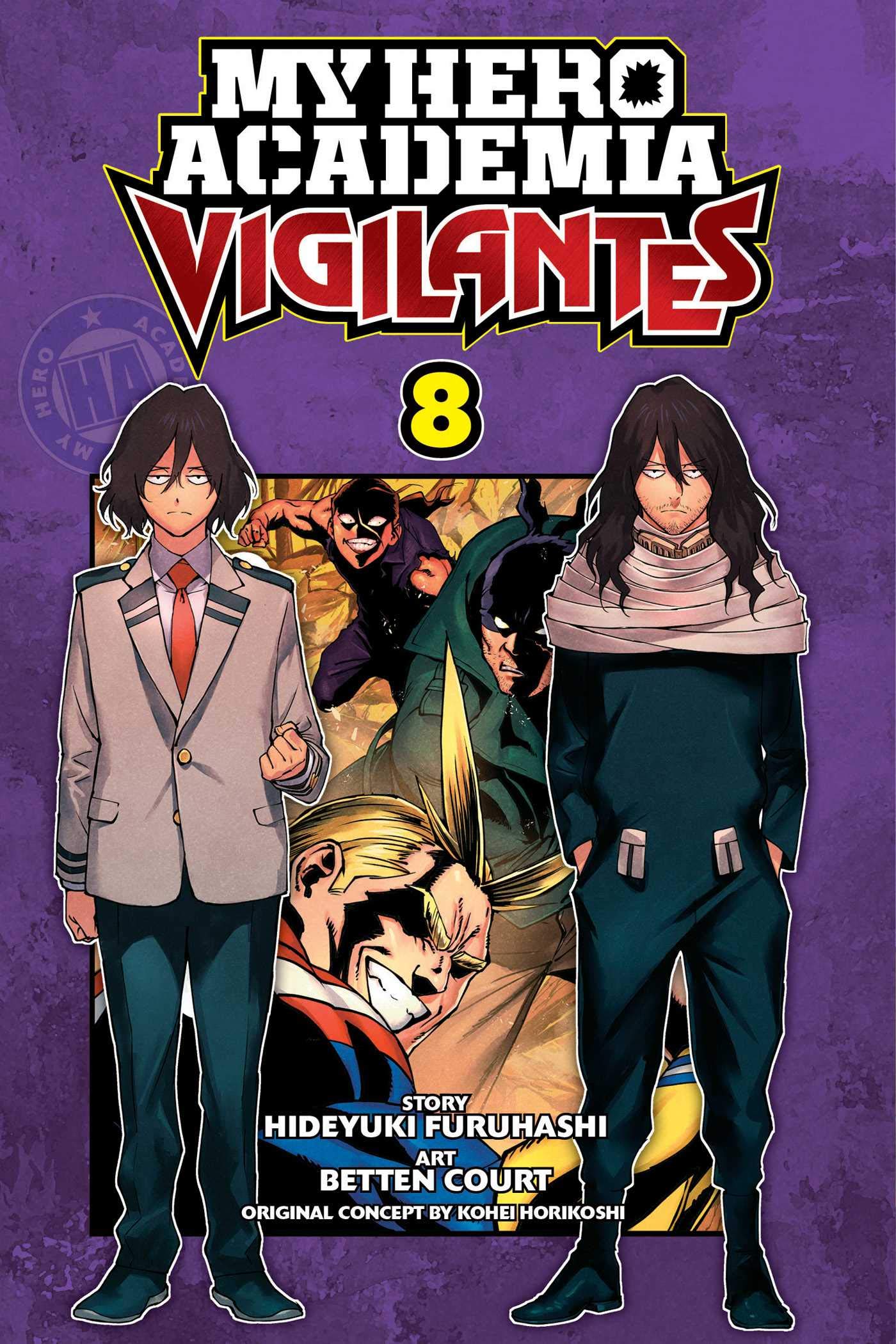 My Hero Academia knows how to balance deep drama, great action, and some light comedy. Its spinoff Vigilantes also does a good job with this, but brings it more into a grittier setting. But in its eighth volume, My Hero Academia: Vigilantes lets its hair down a bit and has some fun, in the form of a surprising flashback with a main series fave!

But first, we start out with the continuation of the last volume, as Captain Celebrity’s farewell party is in trouble of turning deadly. Fortunately, a certain hero who’s always there pops in and helps to make everything okay. Meanwhile, Knuckleduster has a face-off with an unknown assailant, who winds up being a fan of the gritty anti-hero. This leads readers to discover an unknown past of Vigilantes’s Frank Miller-like poster man! 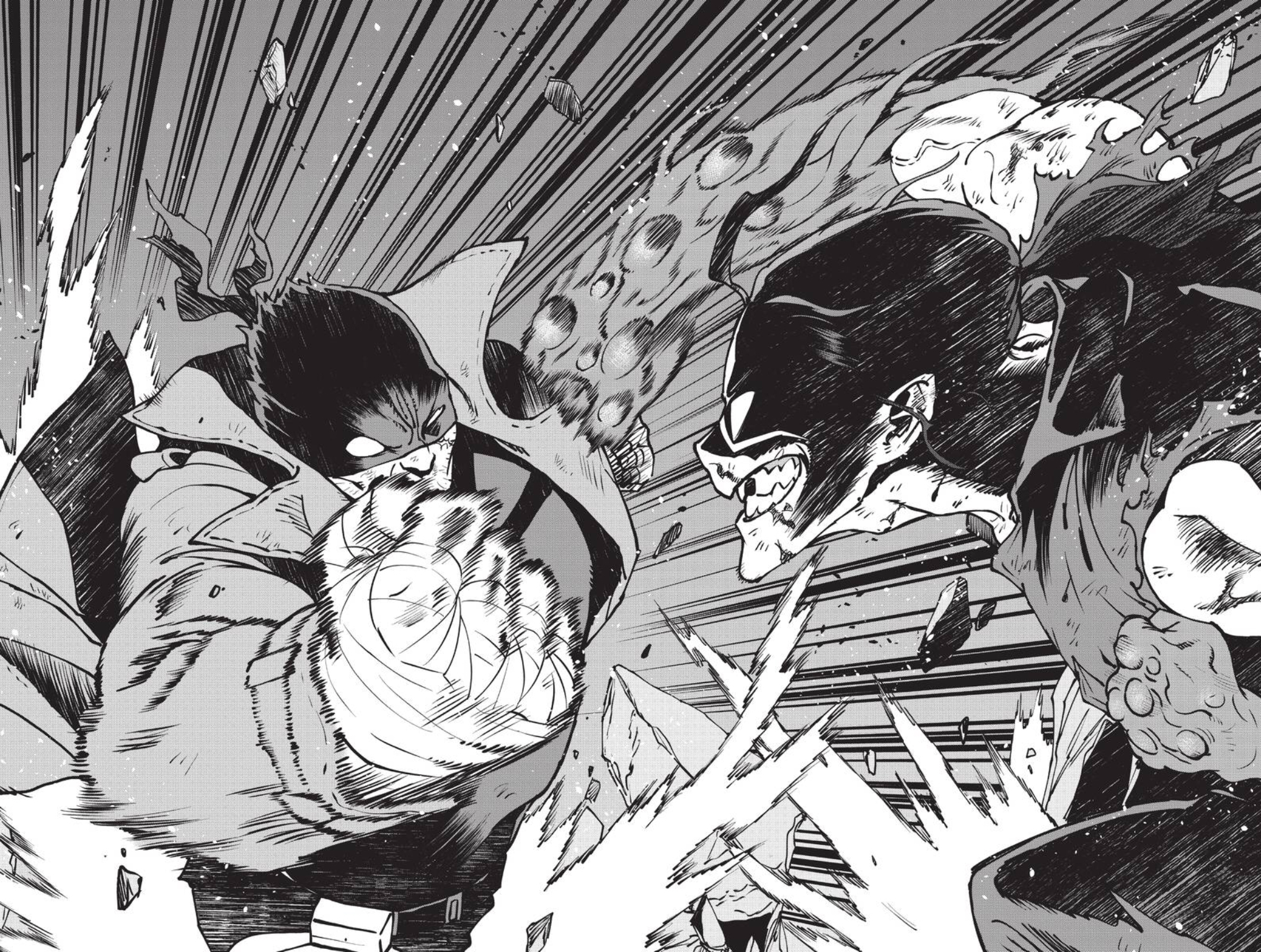 It’s this face-off with the one known as Number 6 when some of Knuckleduster’s back story is unveiled. While I cannot in good conscience spoil it here, it does bring a big understanding of why the anti-hero acts the way he does. On top of that, it gives way to some other questions about the world of My Hero Academia, while connecting them to events that have happened in the main series. Betten Court’s art captures their fight beautifully, with visuals that bring to mind The Dark Knight Returns crossing over with The Maxx.

After that story wraps up, readers are treated to a back story about Eraserhead, Midnight, and a few other big-named heroes. What begins as a tale about saving a stray cat dives into something of an origin tale of these characters’ personas. A big surprise comes in the form of who they work under, with a hero being a certain Kid from Minnesota. (It’s a sight that can’t be spoiled, but readers will certain "go crazy" when he appears!) 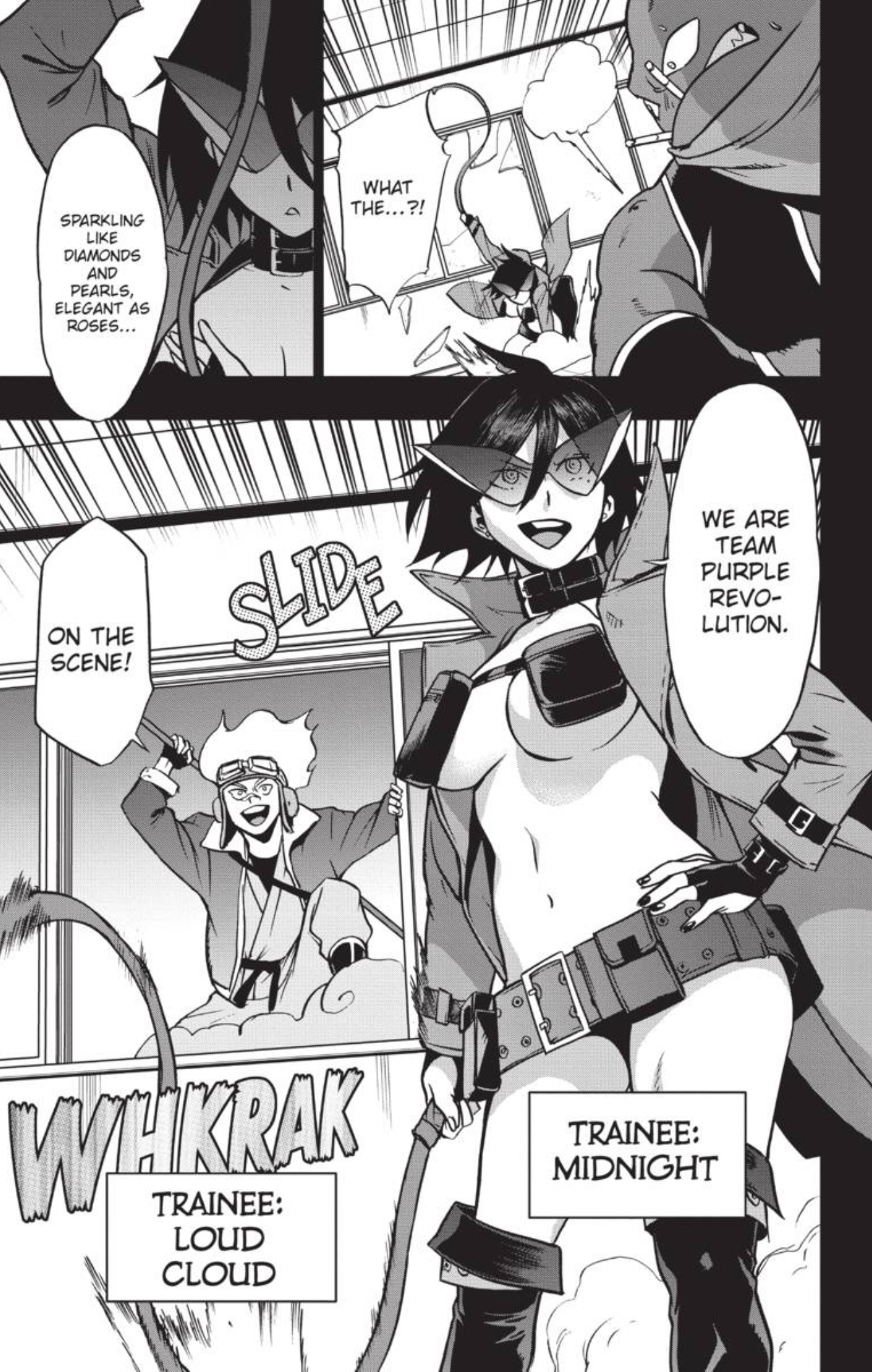 The eighth volume of My Hero Academia: Vigilantes will lead you asking certain questions, especially when it comes to Knuckleduster. On the other hand, it’ll leave you hugely entertained not just by All Might’s appearance, but the fun flashback with Eraserhead and the gang. These two stories may conflict tone-wise, but it wouldn’t be My Hero Academia if its writers didn’t give its readers a fun break from a big story. Consider this volume a showcase of what this franchise — especially Vigilantes — does best: deliver both killer action and fun in a neat little package.