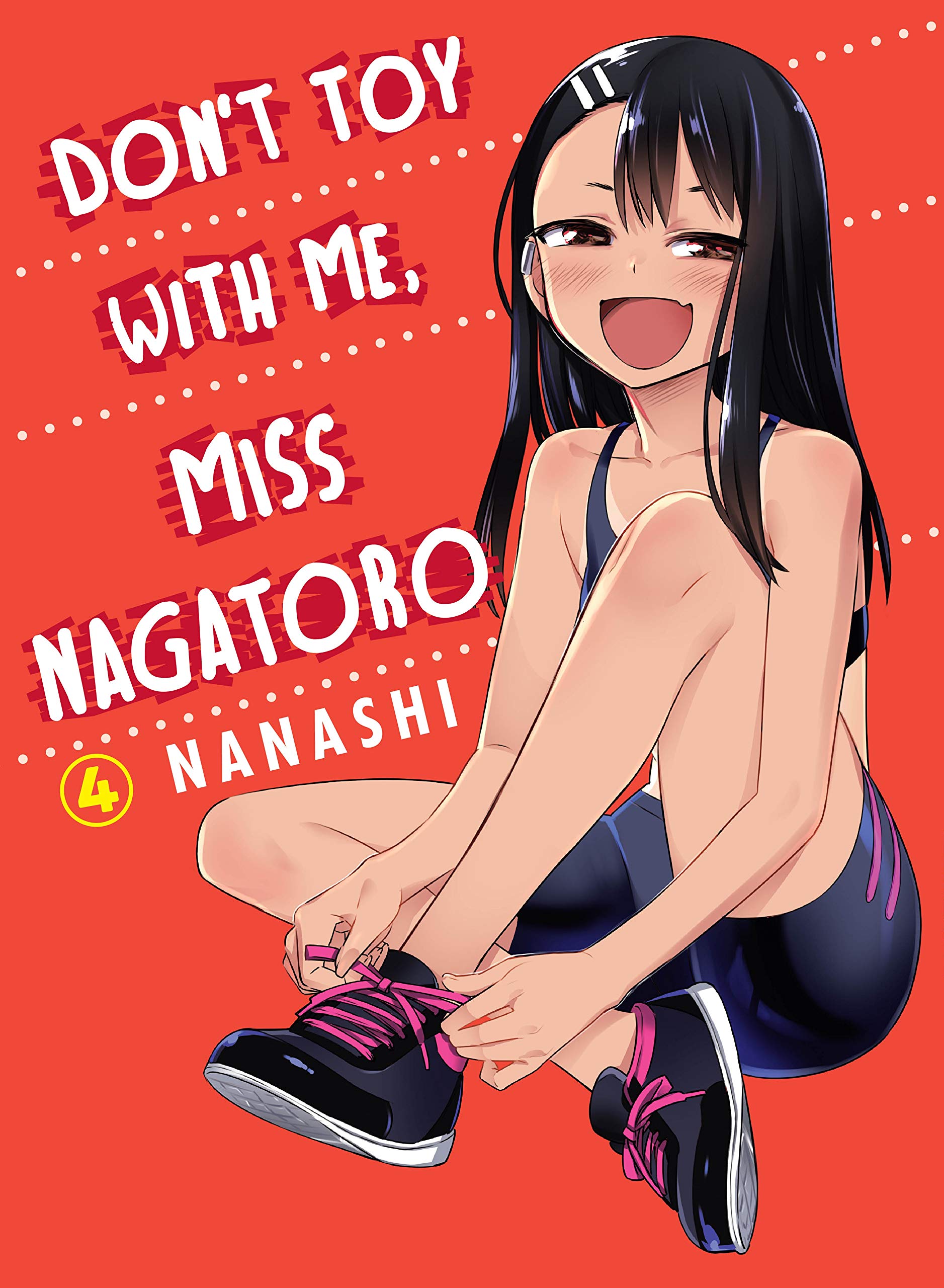 How can anyone resist that snarky smile that’s placed on the face of the titular character of Don’t Toy With Me, Miss Nagatoro? Despite her bully-ish mannerisms, behind that smile is a caring and sweet gal waiting for her Senpai to grow a pair. Although it still might be awhile before he truly shows guts, Senpai finally gets his moment to win a couple times in the fourth volume.

A summer festival has Nagatoro’s friends latching onto him while she’s in swimming practice, but they quickly learn why they should never steal her man! A game of rock-paper-scissors has victors on both sides, but a final game gives Senpai both a loss and a win of their own kind. Meanwhile, with gym classes in marathon mode, Nagatoro has the heart to train Senpai in her own special ways. Of course, this does lead to some promiscuous poses.

Although she’s the more dominate of the duo, Nagatoro’s treatment of Senpai is to bring a bigger dose of courage into the soul of the timid student. She teases in a very dorky manner, in a way that doesn’t push the playfulness too far. Perhaps this is why Senpai is not only able to stay close to Nagatoro, but even help her out in a jam when the time calls for it. (This is showcased well in a chapter where a couple of high school boys latch onto Nagatoro and her friends, with them harassing the women to the point where even Senpai has to step up and rescue the tanned taunter.)

It’s in the fourth volume where we see a lot of growth in Senpai. Even though he can be a pushover, he’s slowly growing a spine and showcasing to Nagatoro that he’s far from the timid weakling he was when they first met. She may need to step in and save him from her friends every so often, but after seeing him step up to save them from harassment, it’s clear that Nagatoro sees Senpai in a better light. (It’s also helping her realize how much in love she is with her schoolmate, even if she hides it behind a wall of teasing.)

Volume Four of Don’t Toy With Me, Miss Nagatoro polishes this comedy gem to an even brighter glimmer. Nagatoro’s dorky means of picking on Senpai are silly on the surface, but are quite endearing once you peel off the layers. Behind that suspicious smile is a girl just trying to get her crush’s attention, and if she keeps playing her cards right, then love will certainly follow. As Nagatoro explains at the summer festival, all Senpai merely needs to do to get the ball rolling is ask.