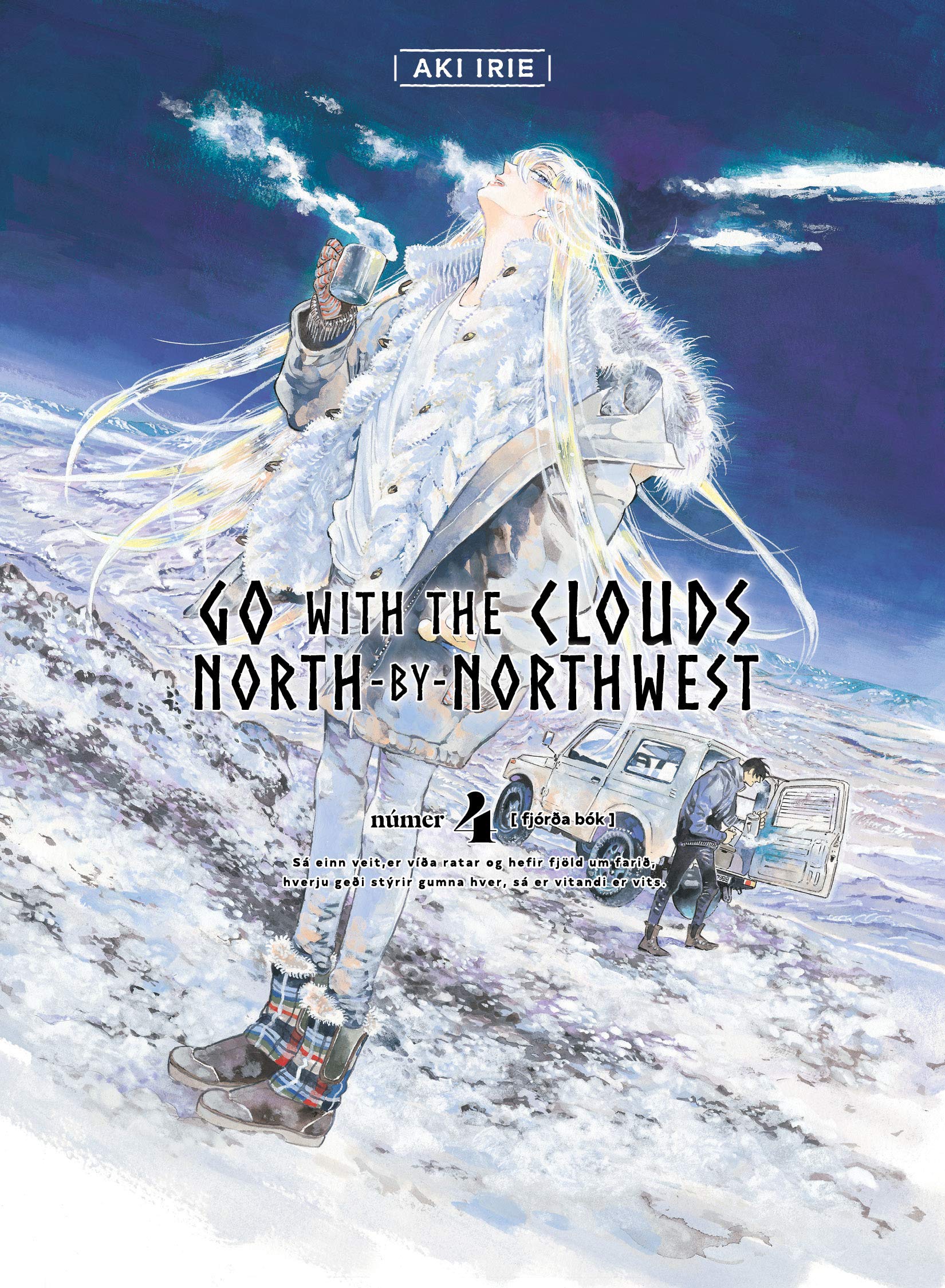 In its own way, the country of Iceland is a character in Aki Irie’s Go With the Clouds, North-By-Northwest. The landscape, its temperatures, and even the homes & shops that are scattered across the way seem to tell many stories, as well as keep its fair share of secrets. Perhaps now would be a good time for Iceland to tell Kei where his brother is hiding, as he’s once again vanished in the fourth volume.

The trail to Michitaka goes from hot to cold again, as Kei’s quest finds a few speed bumps along the way. When he’s not checking the ass of fellow jogger Lilja or attempting to fight a cold, Kei seeks for more answers to the whereabouts of Michitaka. However, he’s not the only one seeking the blonde-haired brother out, with a certain officer now on his trail. On top of that, even Freyja’s worried...that she’ll be a victim of Michitaka’s in the near-future.

It’s apparent that Michitaka’s running from something big, and Kei’s out to find him and either protect him or protect others from him. The more that’s revealed about his past, the more mysterious he trends to be. Is he truly a bad guy, or is there a reason for his constant fleeing (other than being wanted for murder, that is)? How he disappears and where the road takes him is up to anybody’s interpretation, but perhaps the chill in Iceland’s air is hinting that something cold’s about to happen in his and Kei’s life.

Within this deep mystery, there are also times to laugh in this volume of Go With the Clouds, North-By-Northwest. Kei’s uncontrollable hands get him in trouble twice with Lilja, resulting in some old-school Heisei-era slapstick. His tough demeanor is broken when he’s sick, resulting in his comrades to poke fun of him for shedding some tears. Then there is the awkward car ride to Laki, with Lilja still somewhat irked at his past actions.

Irie’s love for Iceland has been demonstrated well throughout the series, but this volume is where she truly shows that love in her drawings. The ways she presents the country’s snowy sides and grassy fields are stunning on every page. It’s the rare manga where it’s a shame that it’s in black & white, as the scenery is screaming to have that colorful touch added to it.

Go With the Clouds, North-By-Northwest keeps the mysteries growing strongly in Volume Four, with nearly every page brimming with beauty and wonder. What lies at Laki is still anyone’s guess, but it wouldn’t be that big of a disappointment if it was just another moment of escape for Kei and his friends. With that being said, one hopes that some air of secrecy regarding Michitaka is leaked into the reader’s peripheral vision sometime soon. Will his trail forever be cold, or will Kei get a break as hot as an erupting volcano? The anticipation for answers continues...

GAME REVIEW | Returning To The Sex...