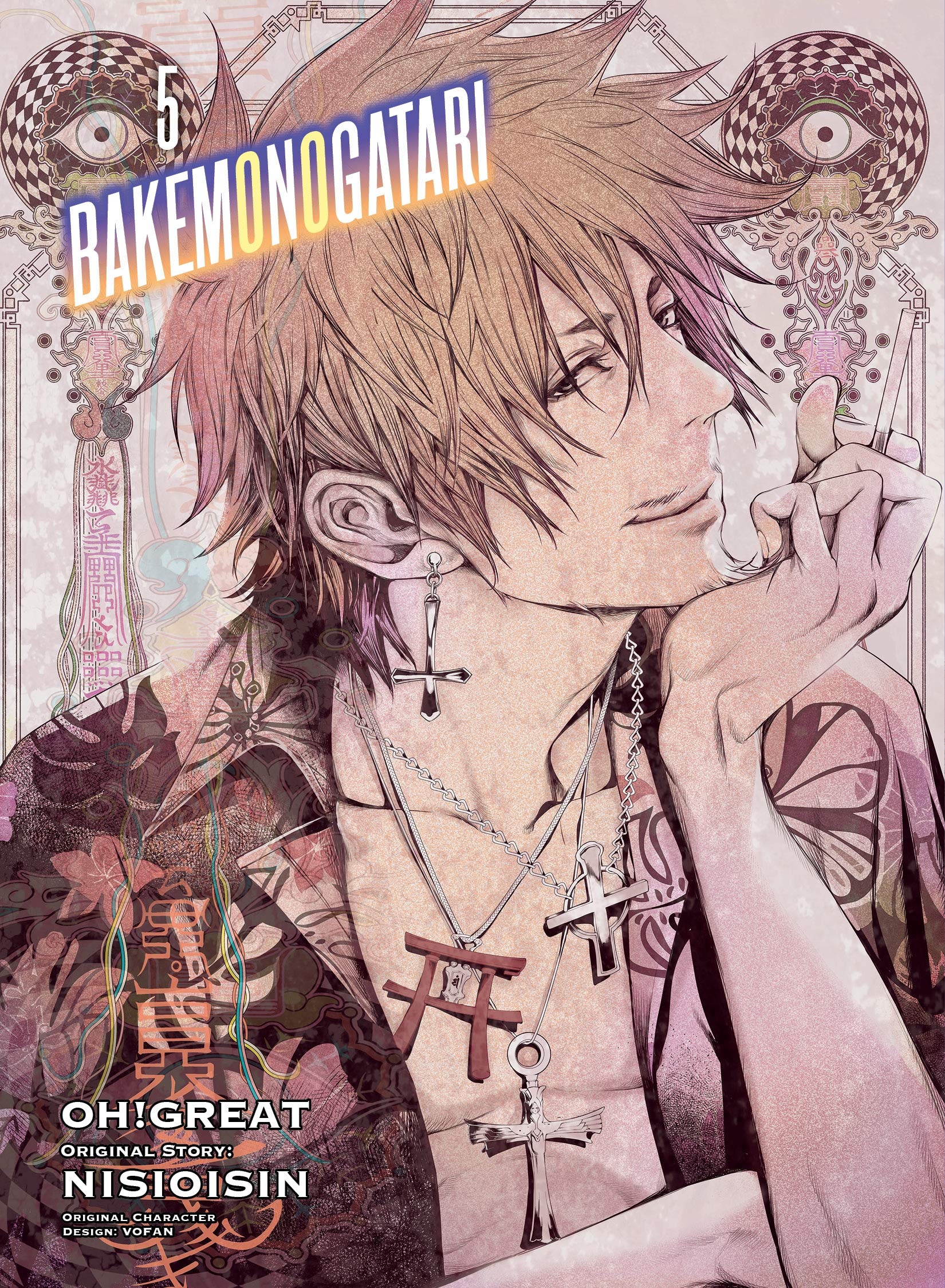 My eyes may have been reading a manga, but the fifth volume of Oh!Great’s Bakemonogatari adaptation made my brain feel like I was reading a college thesis on Johann Georg Faust. The German alchemist was the inspiration for the various interpretations of Faust, the tale of a man who sells his soul to the devil. This is touched on greatly when it comes to the character Suruga Kanbaru, whose aberration Koyomi tries to help cure appears to be of demonic origins.

At first, both Koyomi and Suruga believe her curse to be related to the Monkey’s Paw, which is what Suruga’s mother appeared to leave behind for her. After making a wish on the paw and seeing how it affected her classmates, she swore to never use it again. However, after she sees Koyomi dating her crush Senjogahara, the urge to bring forth the will of the paw became too powerful. As such, her left arm now takes the form of that of an ape’s, which intends to rid Koyomi from this planet of ours.

But it’s soon after Oshino brings up Faust to Koyomi and Suruga when the aberration’s true nature is revealed: that of a Rainy Devil. To be rid of the curse, there are only two ways to do it: either cut off the arm (which ends Suruga’s basketball career) or have the arm kill Koyomi (which ends the story of Bakemonogatari). In true Nisioisin fashion, there’s a third option: making a wish so impossible to come true, that the Rainy Devil has no choice but to cancel the contract made with Suruga.

Reading this manga can be both fascinating and frustrating. In this particular volume, I found myself having to read pages over and over again as I was trying to figure out what exactly Koyomi, Suruga, and Oshino were talking about. It brings to mind my irksome attitude towards the works of T.S. Eliot, whose writings were so brain-wracking, that his footnotes needed footnotes! Nisioisin’s stories can sometimes feel like that, where it would take a very long time to peel the layers of what he was trying to conveying.

At the very least, we have Oh!Great to thank for making the Bakemonogatari experience worthwhile in manga form. I know I sound like a broken record here, but the detail he places into every panel is nothing short of magnificent. A two-paged showcase of Suruga’s description of Faust is one that any lover of art can get lost in for hours. It’s seeing Suruga punching Koyomi’s hand into a shattered mess where anyone can truly appreciate the amount of gross visuals Oh!Great will place into his craft.

How Volume Five of Bakemonogatari ends will leave some people begging for more. (Fortunately, manga readers don't need to wait to see what happens next, as the sixth volume is out tomorrow!) With that being said, even with its convoluted dialogue and head-spinning philosophies, Oh!Great’s adaptation of Nisioisin’s story is still a marvel to read. Even if it leaves you with a headache, the fifth volume of Bakemonogatari will no doubt leave you dazzled by its narrative and visual prowess!