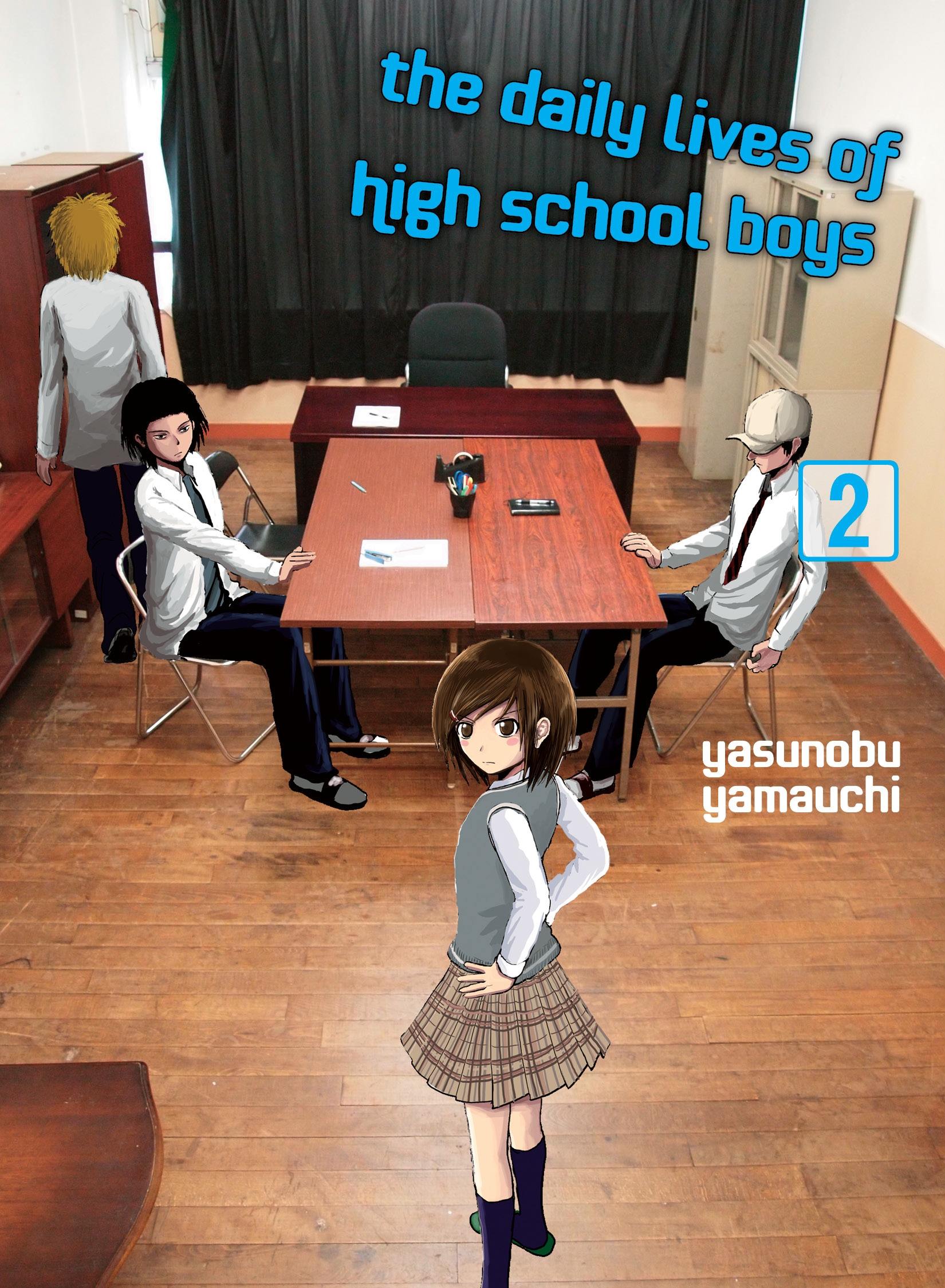 In my review of the daily lives of high school boys’s first volume, I criticized it for not being as strongly comedic as slice-of-life manga with female protagonists. Normally I would say something along the lines of “Someone got my memo,” but seeing as author Yasunobu Yamauchi wrote this ten years ago, I’d say that comment is moot. Nevertheless, what follows in the second volume of the daily lives of high school boys is certainly more entertaining than its opening statement.

A cultural festival is about to take place, with the gender-separated schools meeting for a fun celebration. But strangeness is in the air when the boys go too far with their haunted house, as well as cause a presidential throwdown to occur mid-assembly. Romance attempts to elbow itself in with the classmates, but the reading levels of both sides are as thick as cement. Meanwhile, Tadakuni keeps his distance from the others for a bit, though it’s more due to mistaken identity more than anything else.

The visuals gags in this volume of the daily lives of high school boys hit a lot harder than the verbal ones, though thankfully there’s more of the former than the latter here. Watching as the girls attempt to keep quiet through a school’s haunted house results in some grotesquely hilarious visuals, with the thing that finally makes the girls scream delivering a very funny punchline. However, one of the funnier bits involves the boys live dubbing some nearby students, giving way to some humorous one-liners and a humorous ending that has the boys putting themselves down for the count.

One other thing that greatly improved is Yamauchi’s art style. There are panels that brim with a lot of humor simply because of how a character is being drawn. A great example of this is when Hidenori is greeted with a punch to the face. How the teeth look jagged, the face smushed in, and the glasses shattering brings forth a laugh-out-loud freeze frame moment in Hidenori’s unfortunate life.

While it doesn’t steal the spotlight this time around, the bonus panels of “high school girls are bizarre” are still pretty humorous. The shining beacon of this collection involves a quiz show, with a premise reminiscent of a certain Steve Martin-starring Saturday Night Live skit. Playing dumb may seem cute on the surface, but the mini-chapter shows why it could easily go from “playing” to “just simply being”.

Volume Two of the daily lives of high school boys is a big improvement over the previous one. The gags are laugh-inducing, and the characters do finally showcase their stupidity in a finer light. Although it’s still hard to tell if Yamauchi’s manga will continually get better as time goes by, at the very least I can confidently say that this volume earned a second chance for the daily lives of high school boys to truly show what they’re made of.