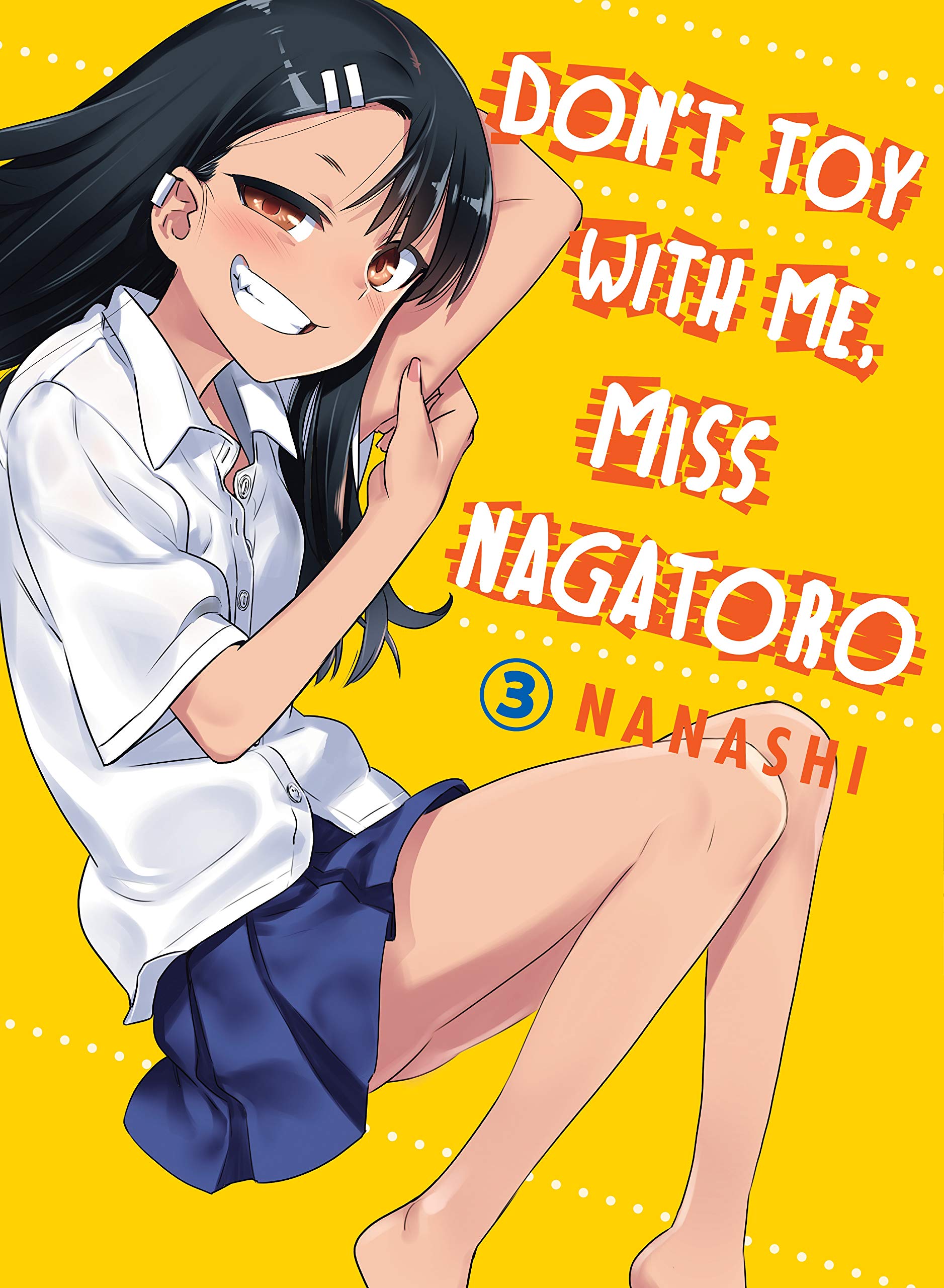 Don’t Toy With Me, Miss Nagatoro is a joy to read, with every page showcasing a perfect mixture of cuteness and hilarity. The chemistry between Nagatoro and Senpai may start off in a bully-ish manner, but it always ends with the right amount of sweetness and endearment. Its third volume not only demonstrates this fact perfectly, but also showcases author Nanashi’s ability to let the characters grow and evolve.

Once again, Nagatoro becomes the cause and solution to Senpai’s many problems. A weight-training exercise puts Senpai’s body to the test, while a trip for a sought-out snow cone has both he and Nagatoro attempting to beat the heat. Our tanned heroine tries her hand at playing barber, while upping her teasing skills via a social media app. Finally, a day at the beach lets Senpai relax, before Nagatoro demonstrates the agony of “de-feet” with her sunscreen-lathering skills. 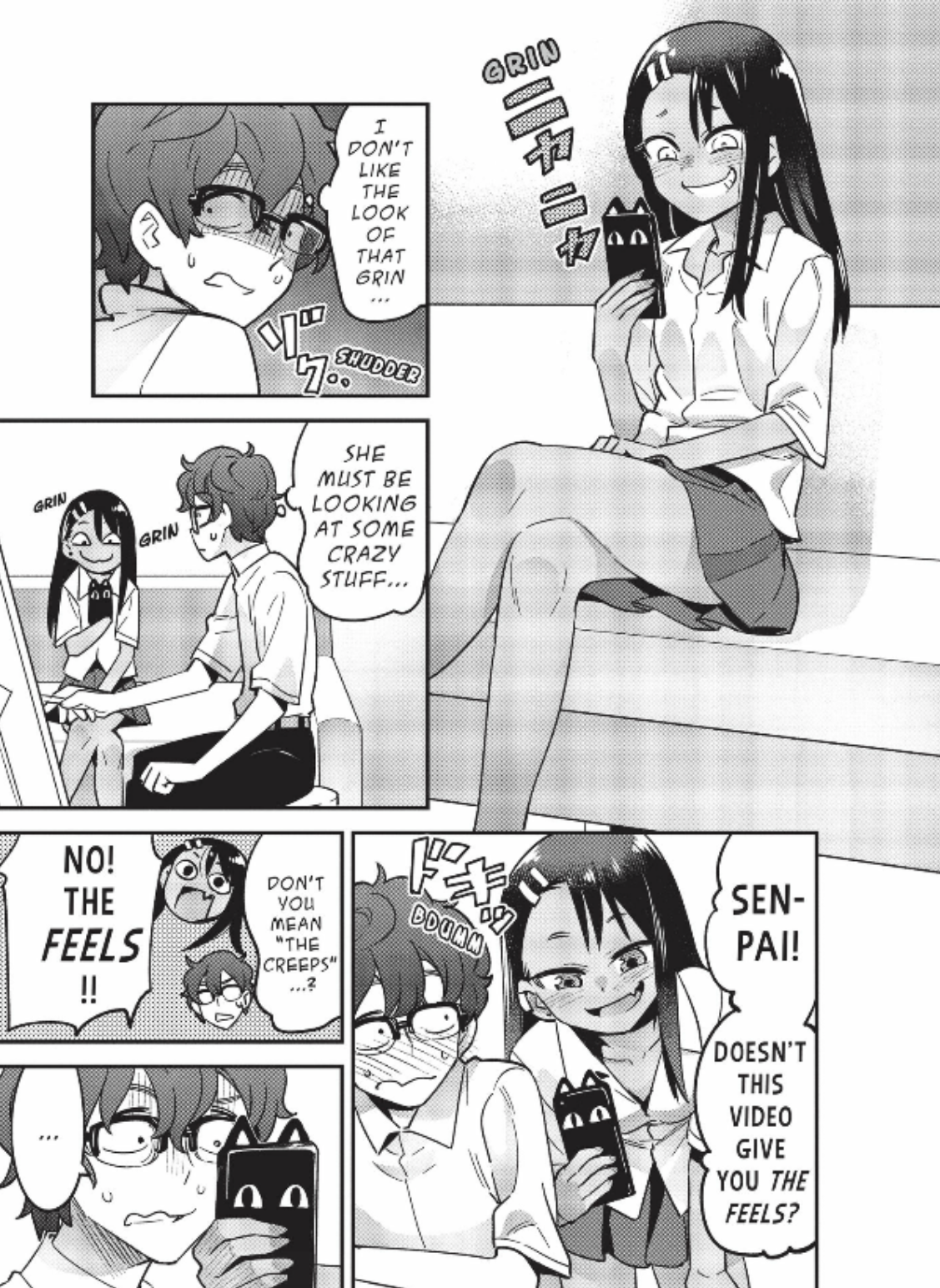 A bigger focus on Nagatoro’s two friends also puts a spotlight on when certain teasing goes too far. As evident in the second volume, Nagatoro is secretly protective of Senpai, so when the other two step in to project their mean-spirited wrath, the titular character swoops in to rightfully save the day. It is here where Don’t Toy With Me, Miss Nagatoro presents its readers with the truth behind our female lead’s true nature, as she deeply cares greatly about Senpai’s well-being.

Perhaps the true feelings of both Nagatoro and Senpai can be seen leaking out in a chapter where she invites him back to her house. It starts off with the silly teasing that is Nagatoro’s trademark, before Senpai brings a new level of fun out of her with some video games. The competitiveness goes into full blast, with Nagatoro pulling out every teasing trick in the book to win. All of it is captured by Nanashi’s expressive art style, one that blends fantastic character designs with cartoonish pouts, grins, and crazed looks. 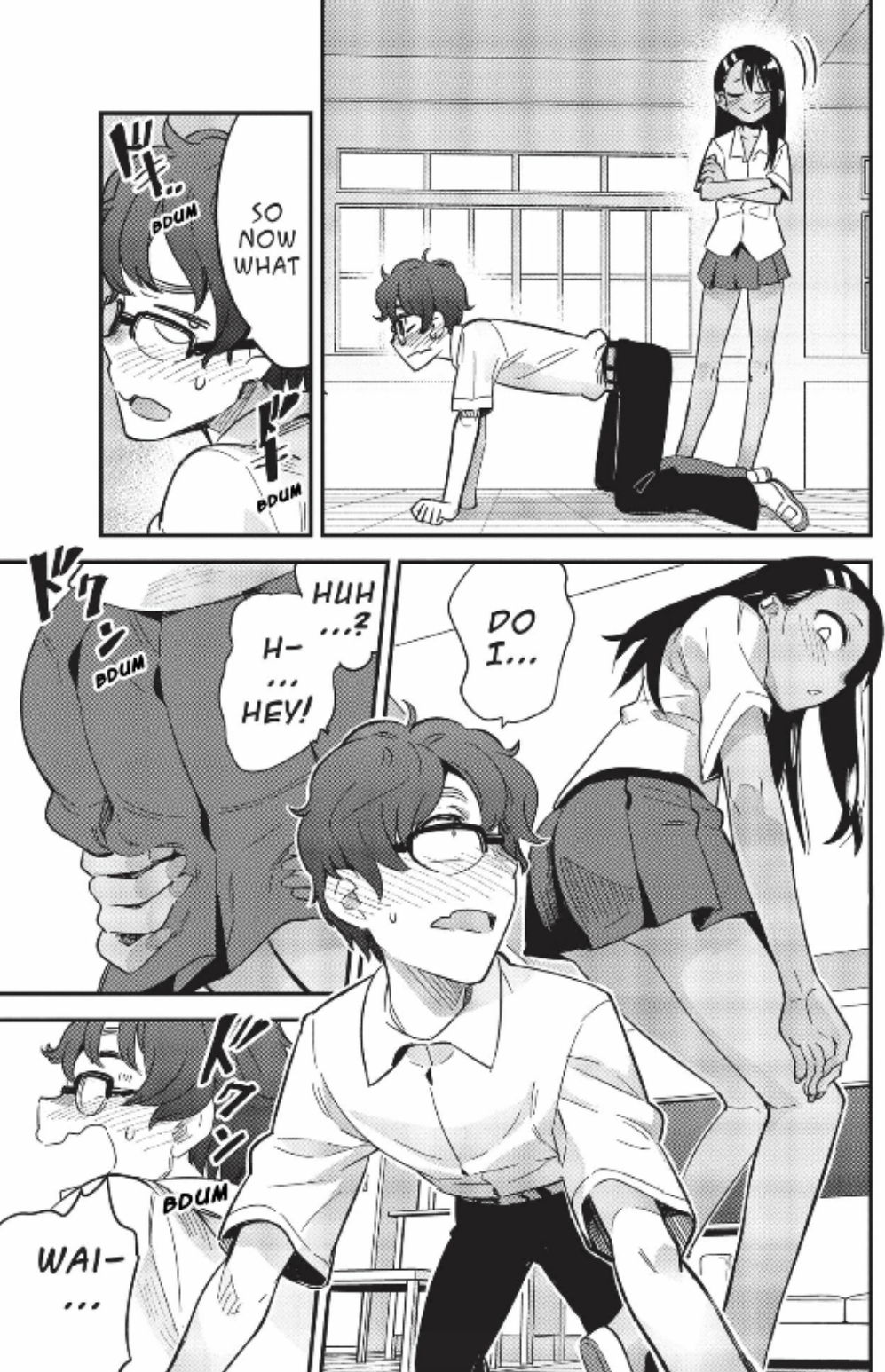 The third volume of Don’t Toy With Me, Miss Nagatoro is a delight, as it’s filled with both soft moments and hard laughs. Although the teasing may never cease, our two leads are certainly getting a good feel of what either person wants. While the “will they/won’t they” rom-com aspect will likely drag out for a good while, Don’t Toy With Me, Miss Nagatoro at the very least knows how to keep readers waiting for that moment with a big, dumb pervy smile on their faces.