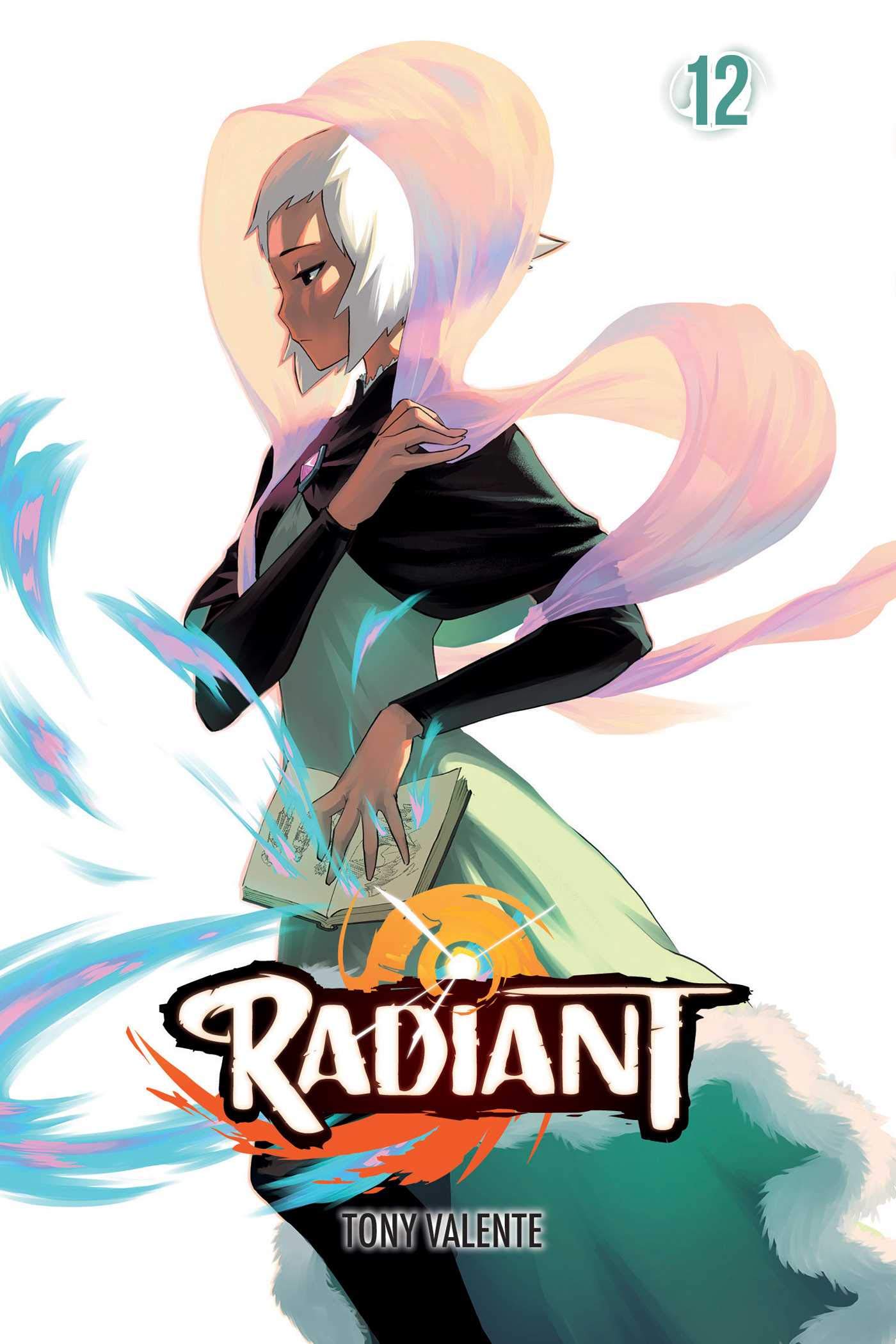 Well it took twelve volumes, but Doc finally grows a spine in Tony Valente’s RADIANT. Despite him playing a big role in Seth, Mélie, and Ocoho’s massive adventure, Doc has always been seen as the coward of the group. But with the three bravest members of the team trapped inside a magic book, it’s now up to Doc to be the big hero that he seriously wishes he doesn’t have to be. Too bad for him, as he’s thrown into battle right at the get-go!

With the aid of the Pen Draig Armor, Doc faces off against Engti Nocti and Capula, who take pleasure in eating magic beings to gain their powers and attributes. Thankfully, he’s got Yaga in his corner, giving him some impressive leverage when in battle mode. After dealing with Engti and Capula, Doc and Yaga find Dracoon, and set off to free the others from the spell. Of course, with the Inquisition crawling all over, rescuing his friends incognito will be next-to-impossible. 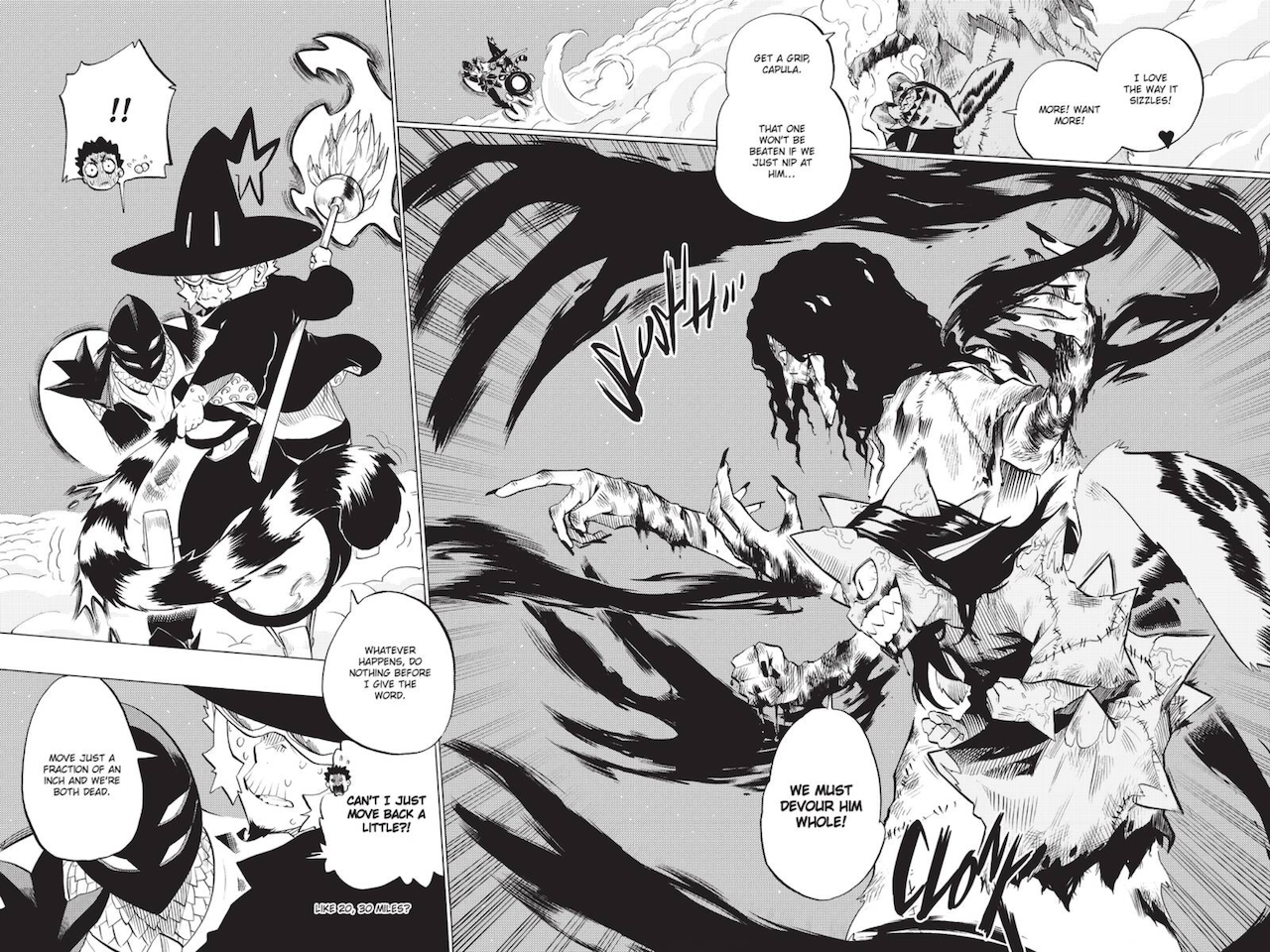 One thing I greatly appreciate about this volume of RADIANT is its ability to evolve a character after so long. Doc has always been seen as the weakest of the bunch in Seth’s gang, with a cowardly trait that’s very much akin to Usopp in One Piece. Although he will more than likely still be the first to run with his tail between his legs, we now at the very least can see what happens when he’s backed in a corner. And despite his fearful cries, Doc actually handles himself far better than anyone could’ve imagined!

The attention to detail placed in the battle between Doc & Yaga against Engti & Nocti is shockingly some the best work I’ve seen Valente do. With it its mixture of high octane action and knee-slapping humor, the fight showcases the greatest strengths of RADIANT all in one singular fight. It gives way to one wow factor of an attack after another, leading towards an explosive — yet inconclusive — finish that demonstrates the power both of these characters truly hold. Needless to say, I won’t be rolling my eyes ever again whenever Doc takes center stage in a chapter! 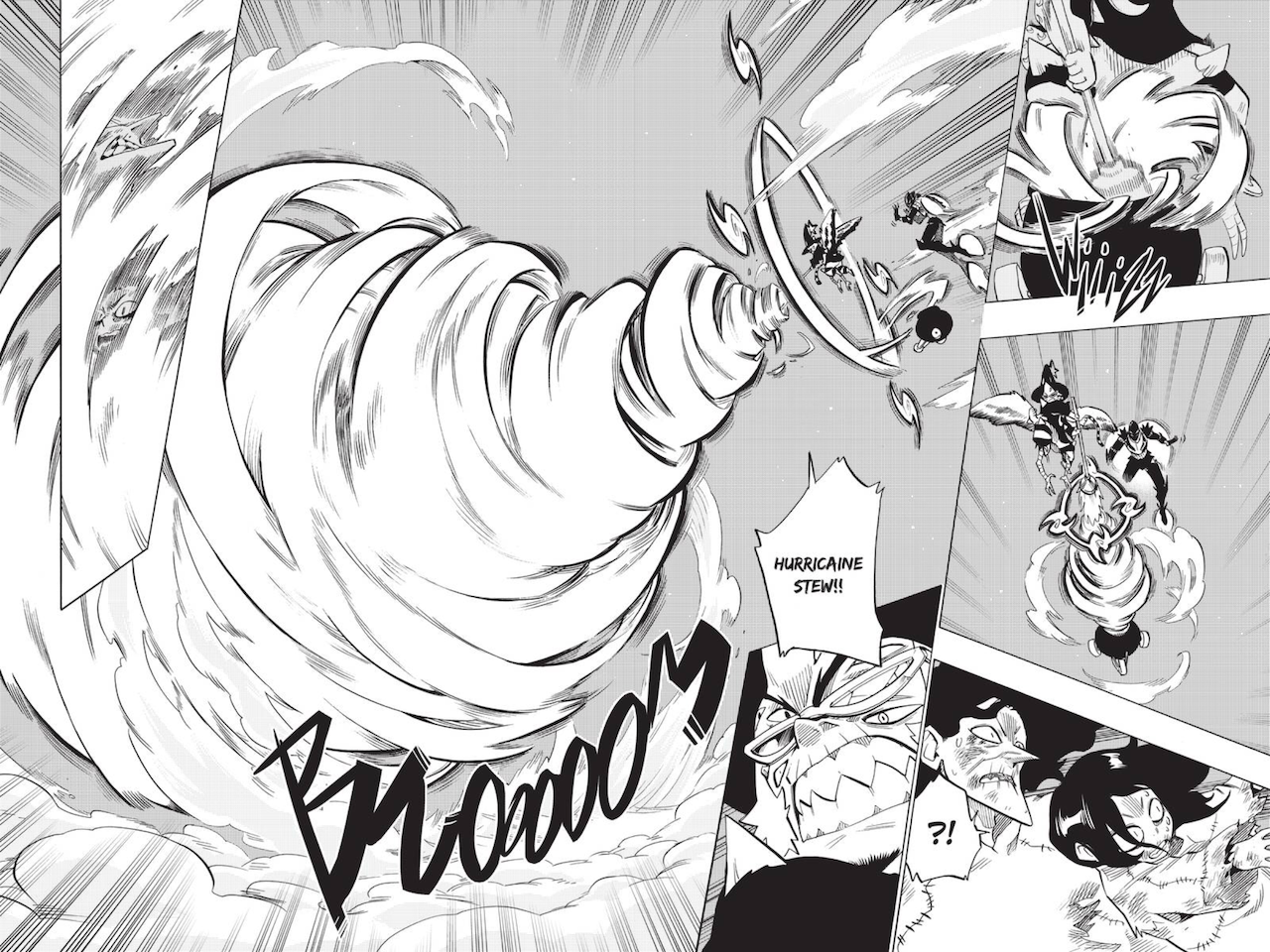 Those missing the others team members will be rewarded later on in the volume, as Seth gives chase whilst riding a massive Nemesis while in Bôme. Again, the mixture of comedy and action here are demonstrated with lightning speed thinking. Add in a new character whose characteristics are like a certain Greek legend, and what occurs is a delightful sight to behold. The only downside is that the female cast members aren’t given the chance to shine here, but that could easily be fixed the next time around.

Despite Mélie and Ocoho playing second fiddle in this volume overall, RADIANT delivers their most fulfilling and exciting volumes with its twelfth release. The comedy is fantastic, the action is jaw-dropping, and the least-likable character in the bunch becomes a hero in a very unexpected way. It might’ve taken a long time for Valente to find his stride, but RADIANT has finally crafted a nearly-perfect volume of delightful content for fans to eat up! 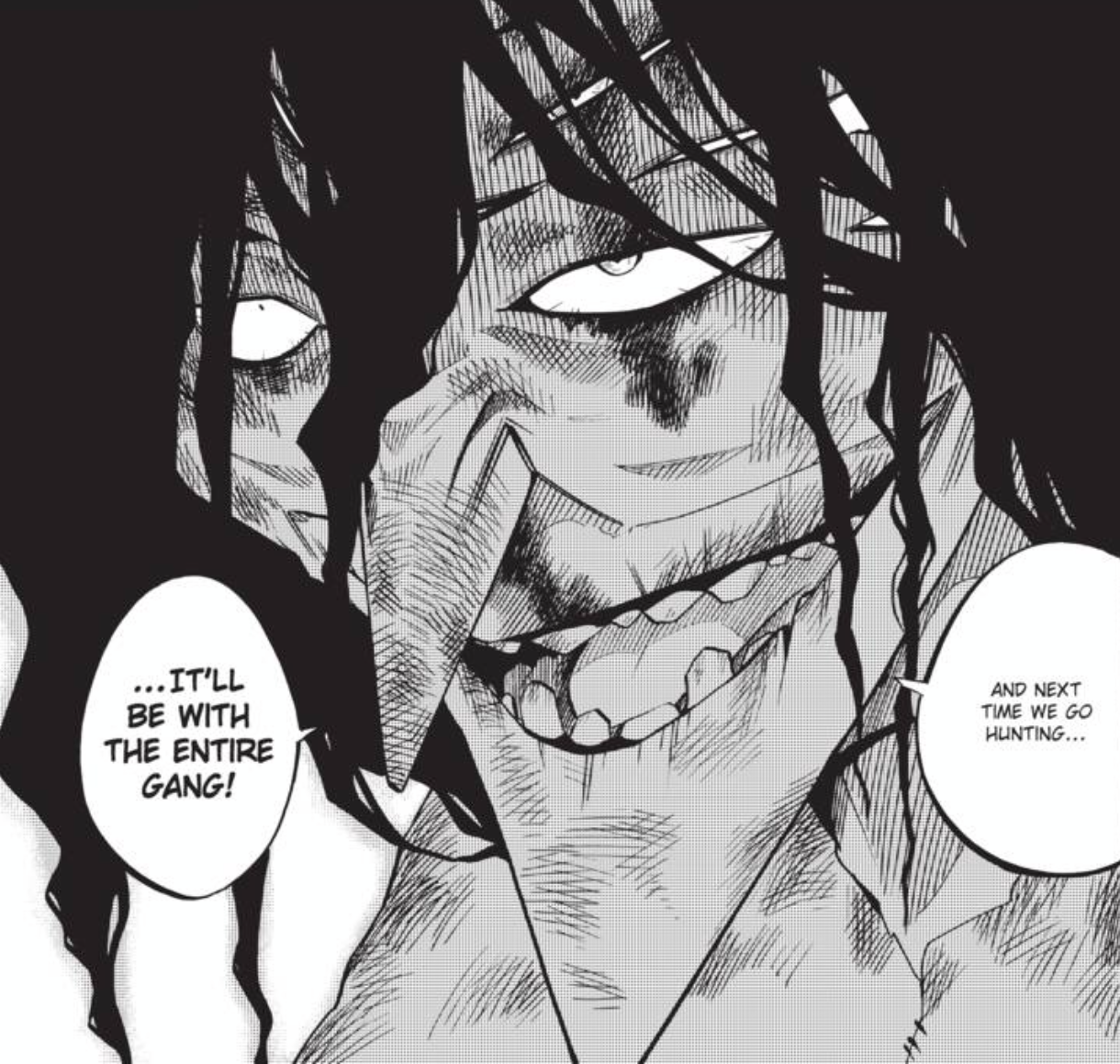