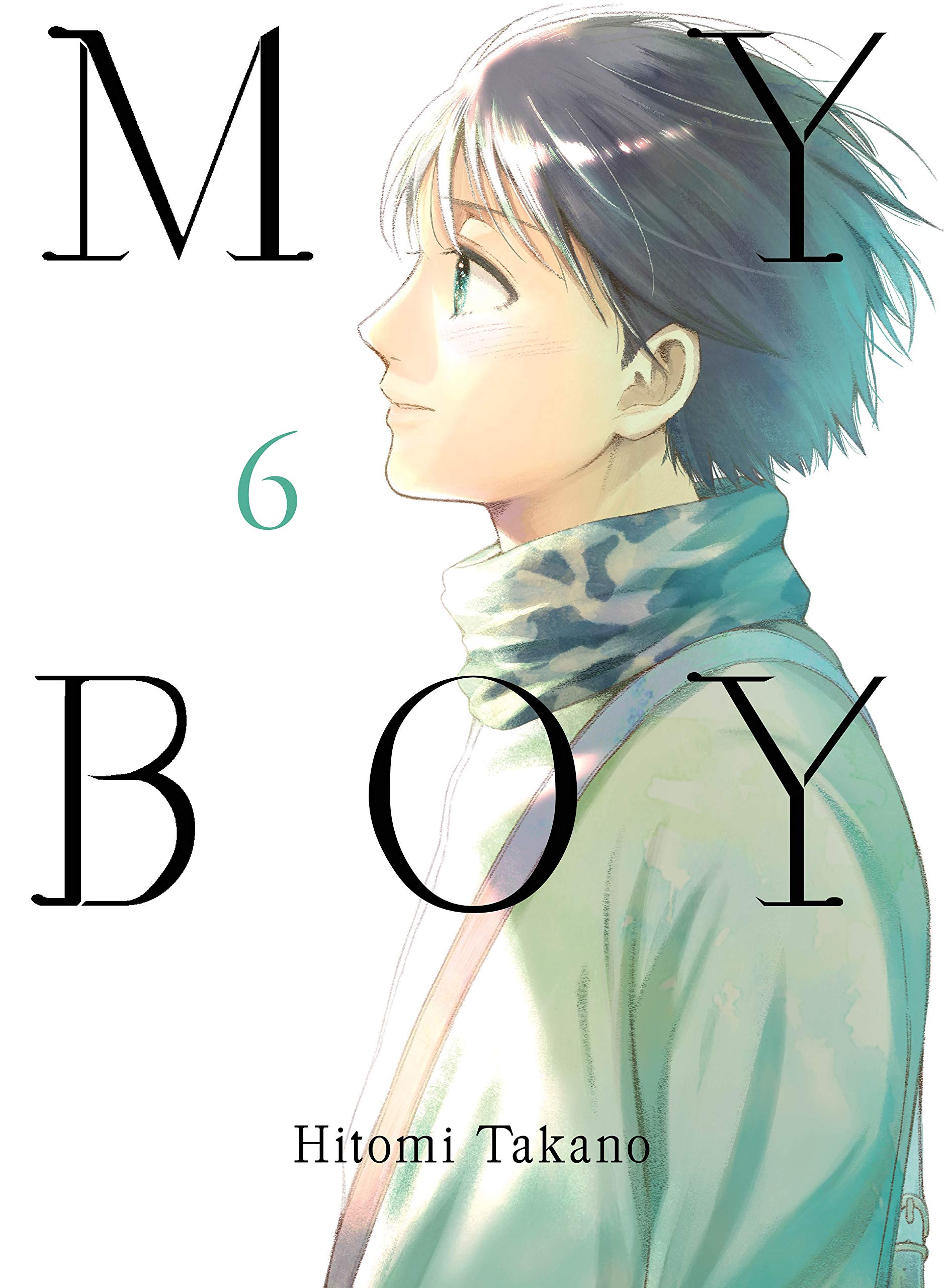 I was legit worried about what road Hitomi Takano’s My Boy would go after its fifth volume. Deep down, I had this great fear that the story would jolt towards an uncomfortable plotline, something that the previous volume hinted at greatly after Mashuu’s confession to Satoko. Fortunately, My Boy treads away from that concept in its sixth volume, where Satoko’s role in Mashuu’s life is slowly realized.

After the failed confession, Mashuu finds himself hanging out with Satoko’s sister Mayu. There, she finds out just how much Mashuu adores Satoko, and takes the opportunity to knock down the embodiment of perfection he sees her as. Satoko hears about their meetup, and starts feeling concerned again about Mashuu’s living situation. Once they’ve reunited, Satoko slowly awakens to the role that she’s supposed to play in Mashuu’s life.

One of the first things to point out about Volume Six is how it attempts to push the confession away from the spotlight. Although it’s addressed, Satoko’s rightful rejection puts Mashuu into a predicament that leaves him somewhat confused. It’s here where Sakoto distances herself from Mashuu, only to return to make sure he’s doing okay. A chat with his grandma reveals a mixture of good and bad home lifestyles, as Sakoto gets a better understanding of why he acted in certain ways. As such, she comes to a proper conclusion on what sort of role she needs to play in his life.

This becomes evident when Sakoto runs into Nao. Their discussion lets Sakoto realize the feelings Nao has for Mashuu, perhaps giving way to having her pushing the two students together to make a relationship happen. The awkward chat between Nao and Sakoto not only gives her the chance to know a bit more about Mashuu, but lets her offer a helping hand to a person who also cares about him. In a way, it’s a sweet moment that could build the foundation of a strong relationship between the two students.

Volume Six of My Boy left me feeling better about where Takano could go with its story. Granted, there are still ways where it can get rocky again, but there’s more hope that it could transform into a genuinely good narrative overall. For now, it’s okay to feel cautiously optimistic about My Boy, with its latest volume giving way to some strong storytelling and deep character development.