HomeVideo GamesGAME REVIEW | A Watchful Eye Will "Feed The Monkeys"

GAME REVIEW | A Watchful Eye Will "Feed The Monkeys" 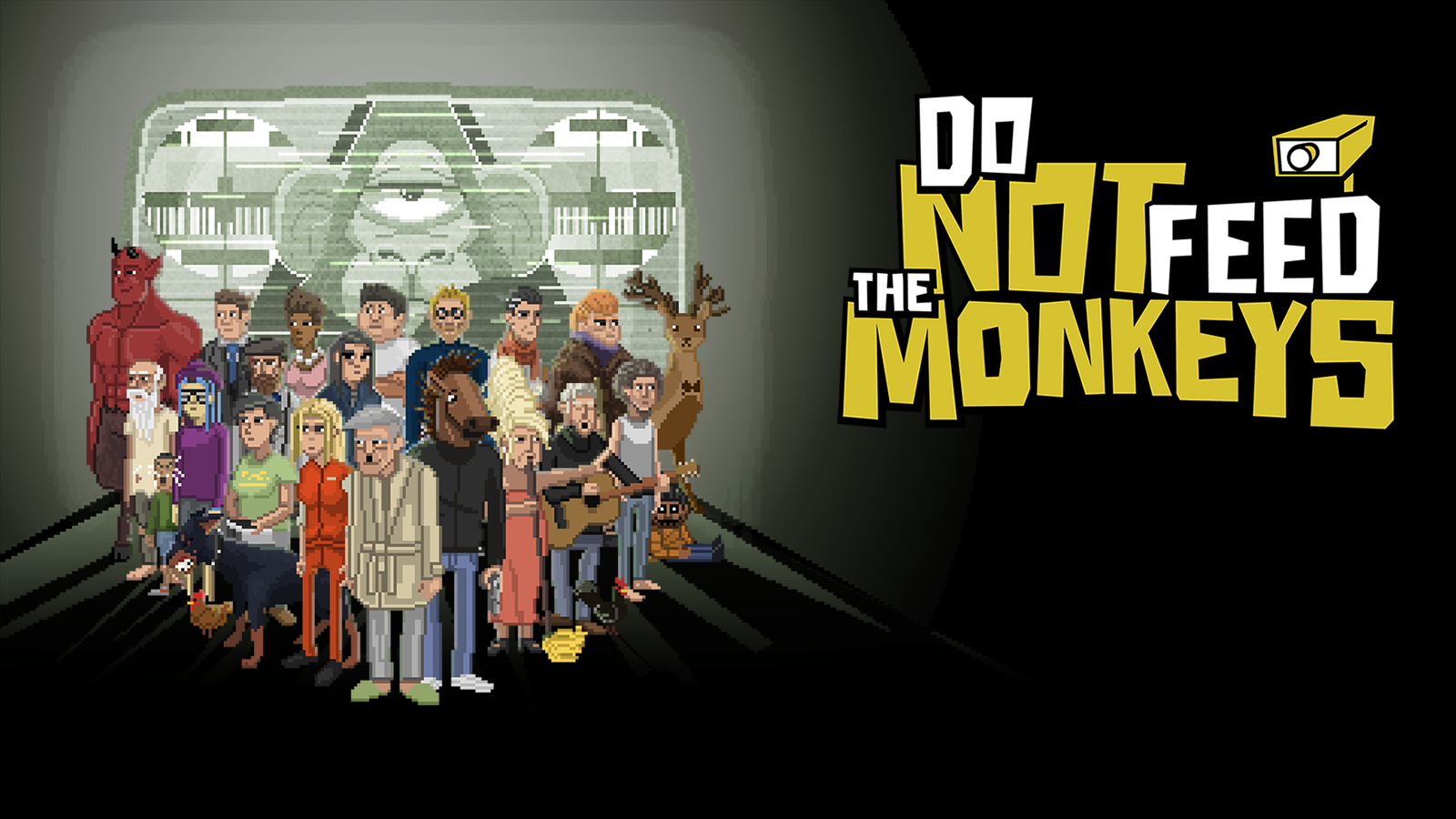 GAME REVIEW | A Watchful Eye Will "Feed The Monkeys"

Whatever you do, no matter how enticing it may seem, do not feed the monkeys.

This warning appears all throughout Fictiorama Studios’s coincidentally-titled Do No Feed The Monkeys. At times, the idea of feeding the monkeys teases you, giving you incentive to go against the rule. Other times, a lingering feeling creeps up that’ll give you the sensation that giving the primates food isn’t a good idea. But the real question remains: who’s the real monkey in this game?

As a member of The Primate Observation Club, you are tasked to watch and take notes a plethora of people on old-fashioned television screens. The people that you’ll come across on-screen are not you average random fellas, as you’ll be spying on peeping toms, writers, a pregnant woman, and a guy who may or may not be Hitler. You will need to move up the ranks in the club, with new tasks and the like thrown in to make your job slightly harder. Although you make some coin at your job, you’ll need to earn extra at odd jobs in-between to both feed yourself and buy more TV screens. (There’s also sleep, which is a high commodity here.) 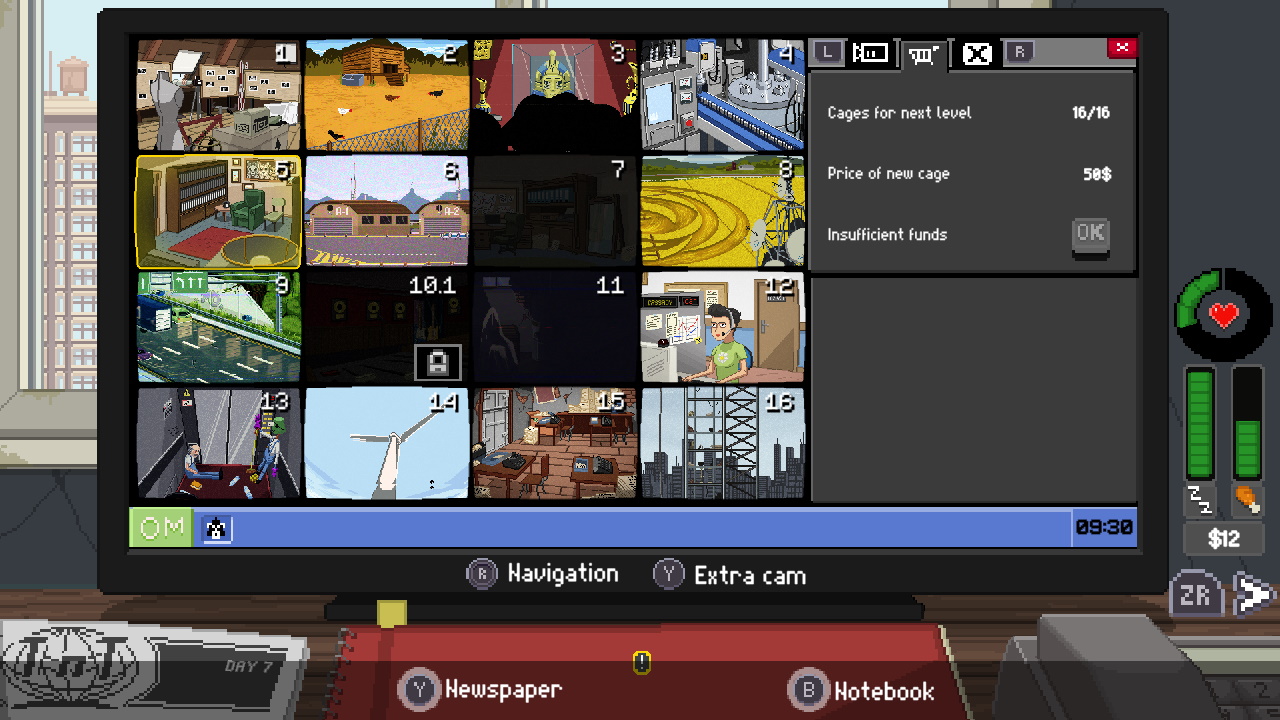 What makes Do Not Feed The Monkeys interesting is how you can use the information that you collect. If you’d like to be a sleaze-ball, then you could keep some of these tidbit secret, albeit with a price. Sometimes you can be a do-gooder and make some right calls. However, the right thing (per the job’s description) is to just sit down and observe these situations. After all, who’s to say what could happen if you interfere with these primitive beings?

As you can probably guess, there are no legit poo-flingers in Fictionrama Studios’s creation. Yes, I know it’s a shame, but bear with me. The kinds of fools you’ll have to watch are truly a marvel to watch. What comes out of their mouths will raise some eyebrows, as it’s clear that there’s not a lot of good coming from their lifestyles. Thankfully, how it is all presented is wicked entertaining! 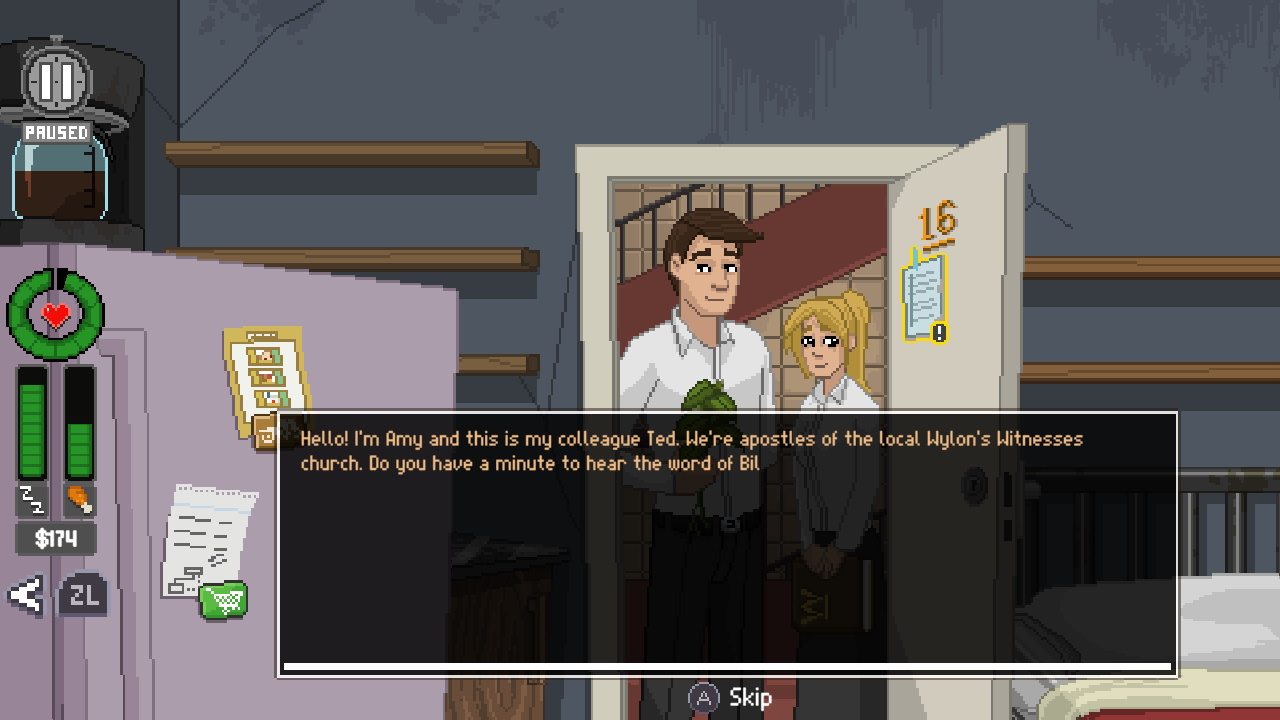 It’s not at all predictable as to the kinds of apes you’ll be forced to watch. Sometimes who you see will be the person you always thought them to be, such as the perverted photographer and (maybe) Hitler. But it’s the two-faced chimps that will lead you towards the best plot twists in Do Not Feed The Monkeys. (While I don’t wish to spoil it here, I will say that you may never want to trust the elderly ever again.)

One thing that this game does well is act as social commentary for the common era. This is a world filled with some twisted people, some of whom wear a mask of normalcy. When they’re caught, it shakes the foundations of common sense and the urge to act good. Hence why there’s a feeling of justice when you attempt (and possibly succeed) at doing the right thing. 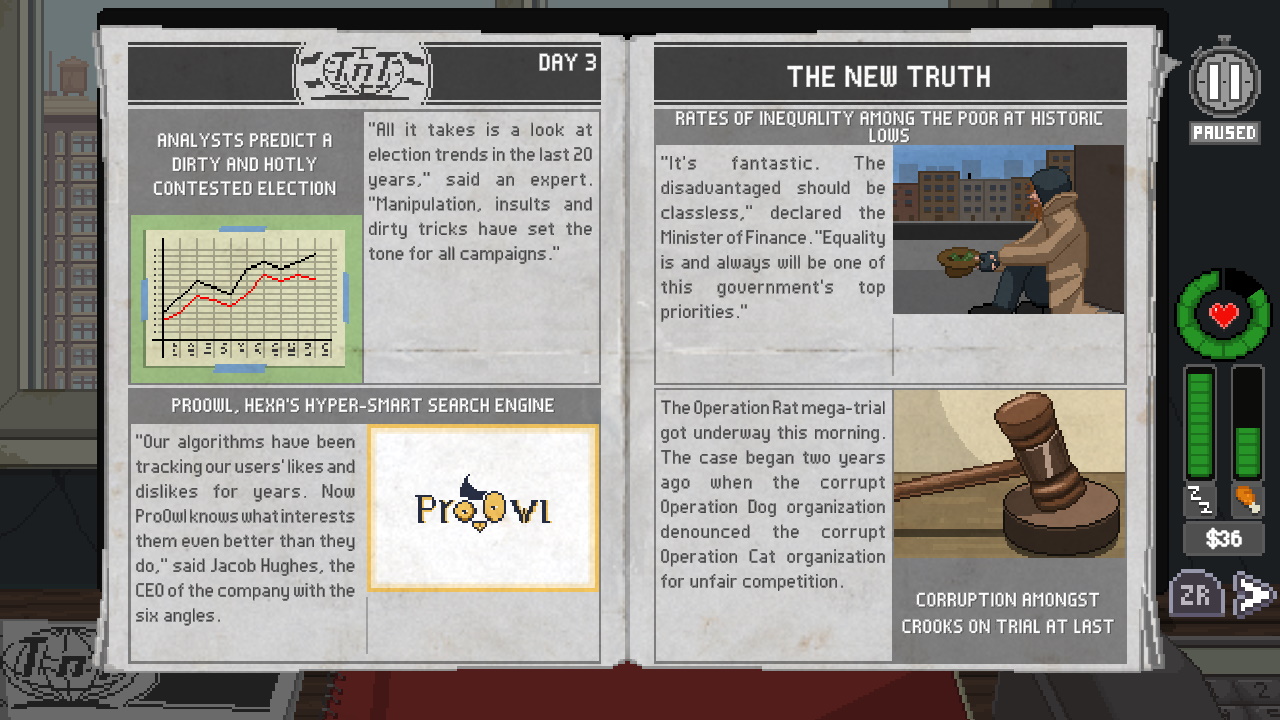 And yet, Do No Feed The Monkeys has you asking yourself another question: can a person spying on complete strangers still be deemed a person of justice? There’s not a lot about the person you play that’s front and center in the game, giving way to possible reasons behind why they took the job in the first place. Boredom? Desperation? Drug money? That part isn’t clear. All players know is that they like plants, which will live or die depending on the actions that take place.

However, despite the society commentary and humor, the one aspect that keeps Do Not Feed The Monkeys a stellar home run is the multitasking that you’ll be forced to do. While there’s a sense of realism of having to do odd jobs to pay bills and get food, it takes you out of the whole experience of spying on the strange homo sapiens that appear on each TV. (The sleep element I didn’t mind too much, as it helped speed the clock up to get to certain events.)

Do Not Feed The Monkeys is a terrific indie title that doesn’t do much while saying a lot. It’s the right amount of funny while teaching some sort of lesson about doing the right things in life for the greater good. With multiple endings and surprises around every corner, Do Not Feed The Monkeys is an experience that will have you glued to the idiot box every time you boot it up!