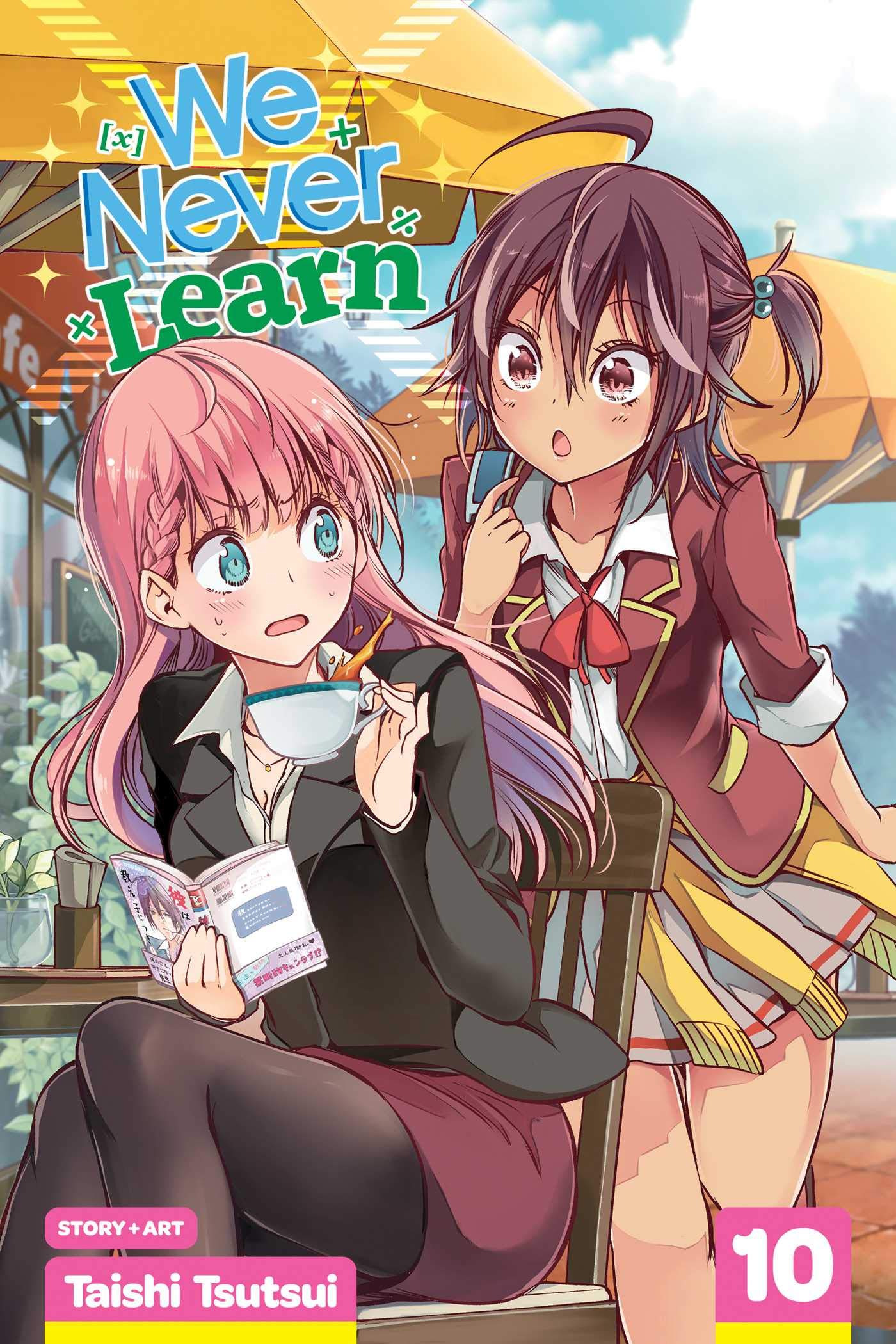 We Never Learn has a fine balance of laugh-out-loud comedy and heartfelt character development. In one instance, you’d be laughing your butt off at Nariyuki getting into mishaps with his students. But in the blink of an eye, you are delivered a genuinely endearing moment that adds a new level to him, Ogata, Fumino, and Uruka. This is evident in its tenth volume, which showcases some big laughs and emotional punches.

From the humorous side, Nariyuki is once again stuck doing a job in a dog costume, where the girls conveniently arrive to get massages. A trip to a public bathhouse causes some mishaps between Mafuyu and Asumi, with Nariyuki’s youngest siblings being the cause of some of its chaos. Meanwhile, Asumi and Nariyuki are locked in a bathroom, with the maid cafe worker making things more awkward the longer they’re stuck in there. But when Mafuyu confiscates a romance manga about a teacher & student fawning over one another, she realizes that the story kind of mirrors her own. 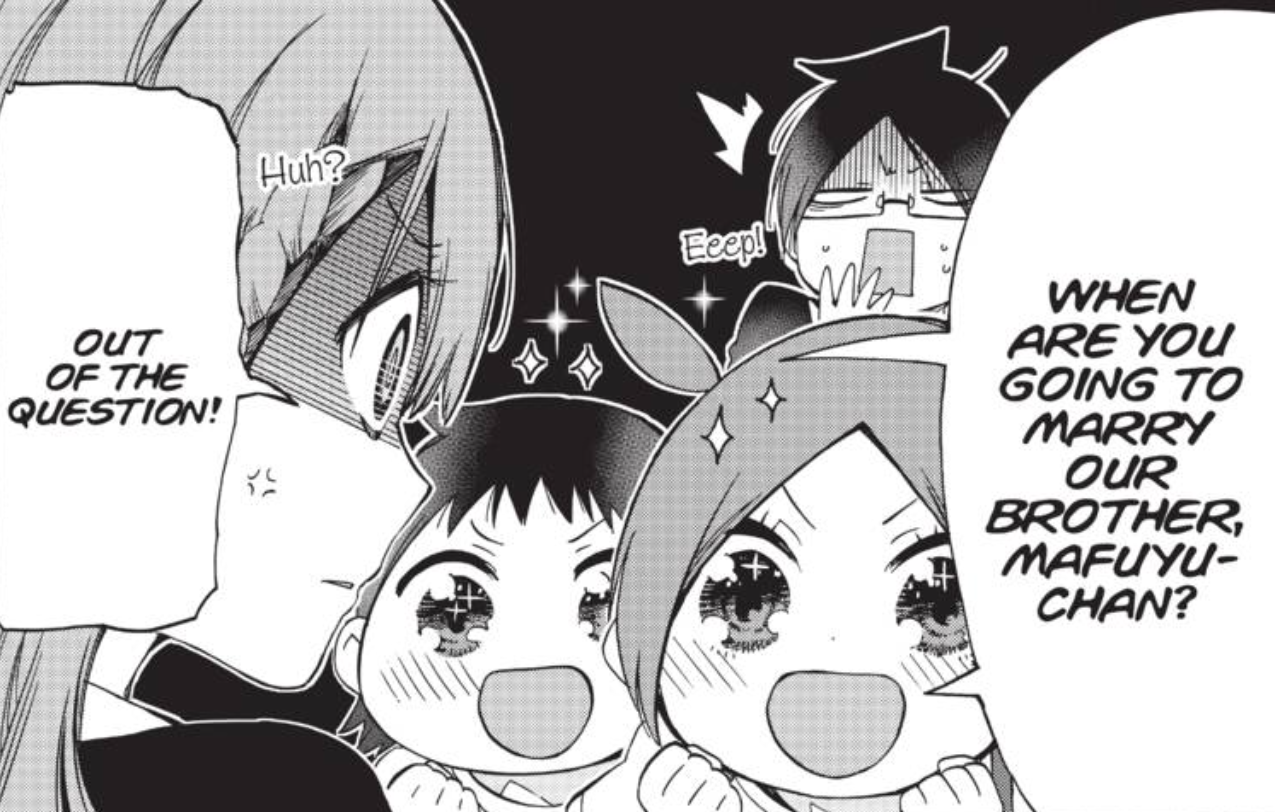 Author Taishi Tsutsui does a very good job with demonstrating an old joke and adding some sort of new flair to it. The bit involving Nariyuki working at a massage place is so self-aware regarding its ridiculousness, that it almost becomes self-parody. One of the things that makes it silly is its cute factor. How characters react to their situations are presented with such adorableness, with punchlines making their mark with a jab to the funny bone.

However, it’s when the heart of We Never Learn is on display when the series is at its best. Having Fumino deal with her disapproving father shows the difficulties these characters still face, even after all the time they’ve evolved with Nariyuki’s help. We get a good understanding of why her dad wants her to step away from her dream. Even with Fumino temporarily living under Nariyuki’s roof, the story instead focuses on her attempting to grow and prove her father wrong. (Yes, there are some jokes, but there’s more sweetness here than risqué stuff.) 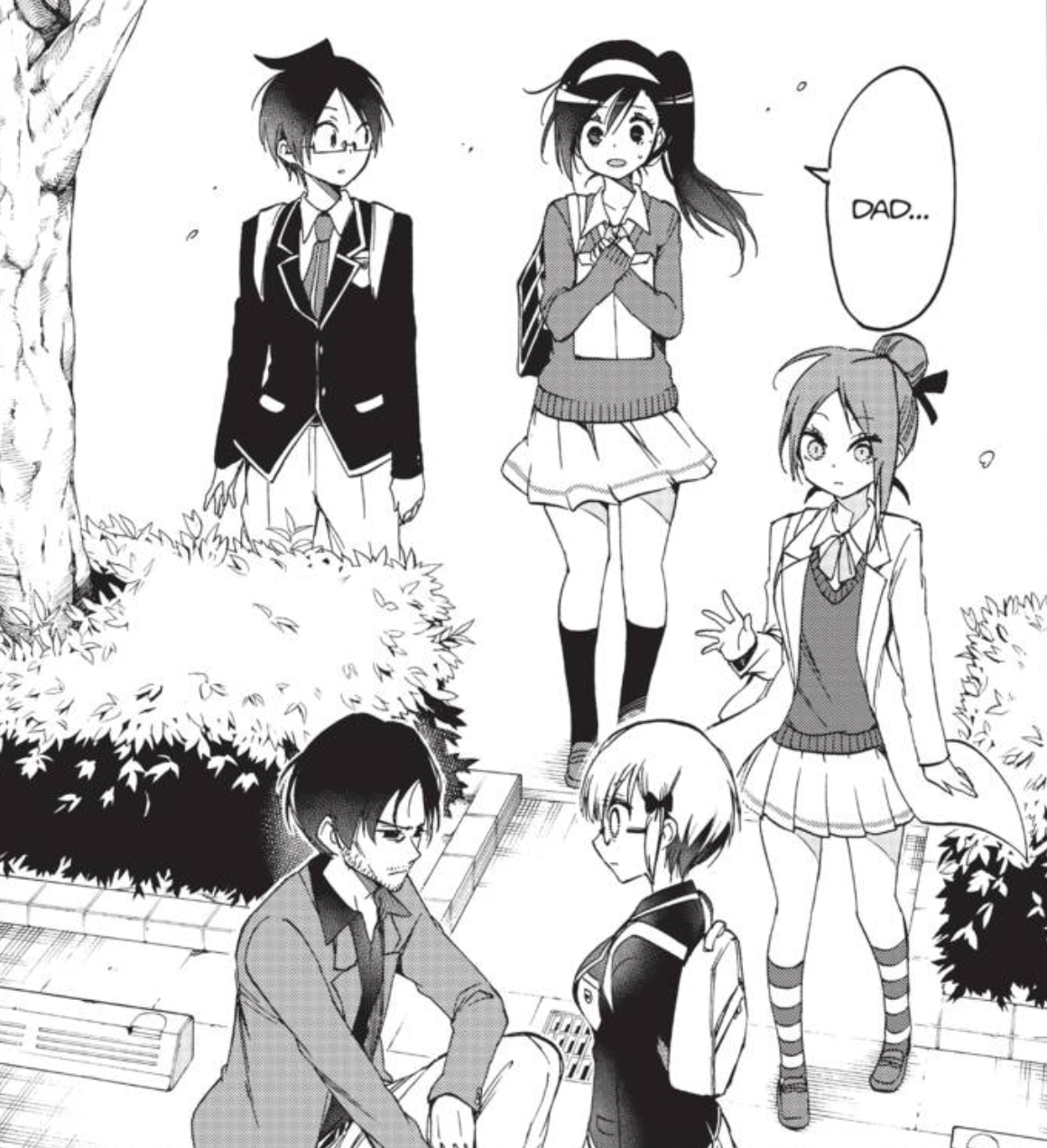 Although the tenth volume ends on a cliffhanger, it focuses on a moment that could change the dynamic between Fumino and Nariyuki. Fortunately, the note it leaves on shows the potential for more growth for We Never Learn’s storyline. It’s rare for the drama elements to overshadow the humor, but in this instance, what may happen next between Nariyuki and Fumino could spell for something deep and meaningful for these characters.

GAME REVIEW | Fighting Over a Man...