HomeVideo GamesGAME REVIEW | Fighting Over a Man in "Sisters Royale"

GAME REVIEW | Fighting Over a Man in "Sisters Royale" 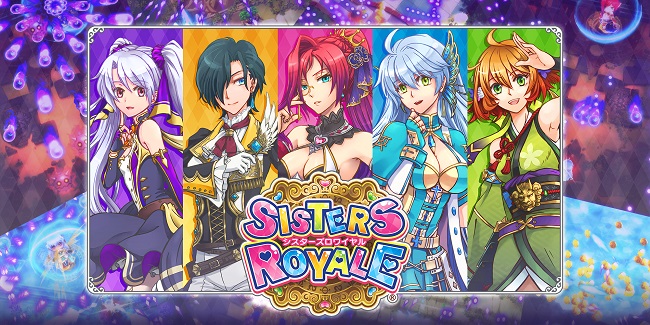 GAME REVIEW | Fighting Over a Man in "Sisters Royale"

There are a lot of new shmups coming out of the woodwork even today, so it does become hard to set oneself apart from the rest of the chaff. This is where Sisters Royale: Five Sisters Under Fire is unique. Well...the premise is unique, at least. Originally titled like a light novel with the original subtitle of I'm Being Harassed by Five Sisters and It Sucks, the game's plot is anything but conventional.

Like the original subtitle suggests, the plot is set up with a demon lord in the past being defeated by five powerful mages, but they only managed to seal him away. Fast-forward to the present day, and the seal has been broken. The good thing is that five new mages have become powerful enough to defeat him for good. The problem, of course, is that they are sisters who are at war with one another over a man's love. And...there you have it! 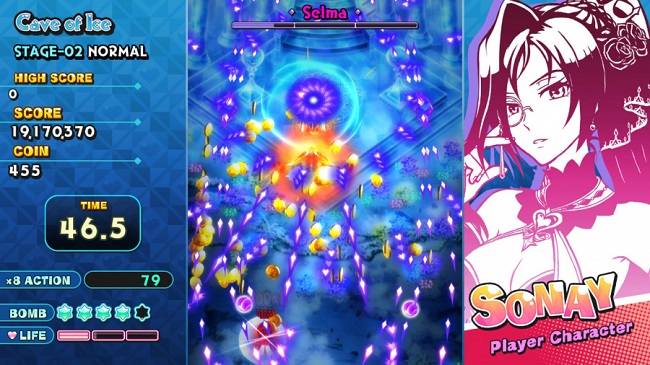 As for the gameplay of Sisters Royale, it's set up like many like a shmup. You pick one of the five sisters, and defeat the rest before taking on the demon lord. You do fight a mirror version of yourself for good measure, as well. Unlike most shooters, you are on foot, and you have to walk around obstacles or risk getting stuck.

You can fight by using burst or rapid fire, which also slows you down for more precise movements. Summoning spirits to aid you, and smart bomb effects are also standard fare. There's even a Tension System that gives you more coins and points depending on how close to the enemy you are when they are defeated. Charged shots are also an attack option. 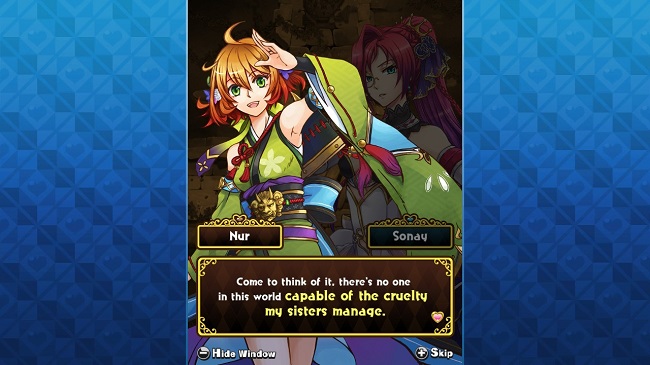 That's really all there is to the gameplay, other than the game is pretty lenient due to free play being available from the onset. This lets anyone of any skill level complete the game. But with five sisters to choose from, the replayability extends beyond doing 1CC, speed, or high score runs, as each sister has there own story to follow. The game has multiple display options as well. The only real weakness of the game is a lack of voice acting. However, if you want to play a fun shmup, Sisters Royale is a great game for any console. (I'll bet that the PC will be another platform in the future.)

The Good: The game is forgiving with its free-play mode.
The Bad: The hitboxes for the sisters are a bit large.
The Ugly: This game could have used some voice acting.

SUMMARY: Sisters Royale is a shmup with an amusing premise and fun gameplay that allows anyone to complete it. 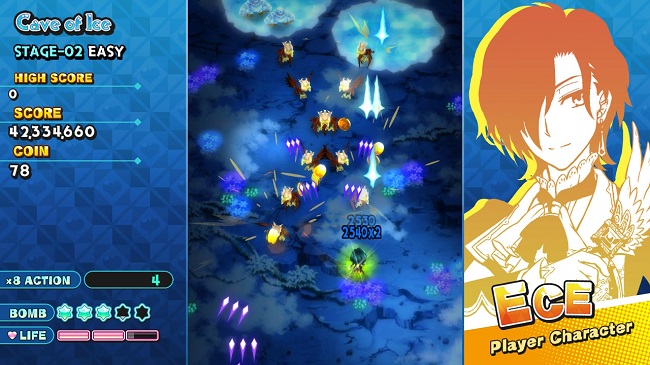