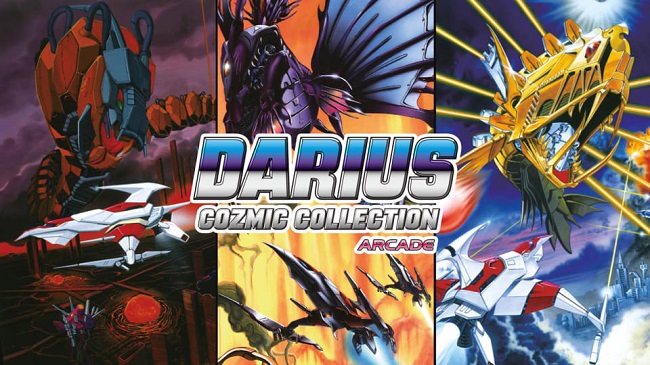 The Darius series has had quite a long history, and pretty much all of it's titles eventually made their way West in some form or another. But until now, no one's ever attempted to do a collection of arcade perfect emulation of the arcade ROMs themselves. Thankfully, that what the Darius COZMIC Collections are for! Instead of bundling ever Darius game into a single collection, M2 split the releases between the arcade and console versions. While they are missing a few titles, these collections are pretty great. (For this review, I'll be covering the arcade version.)

The collection covers Darius[Old], Darius[New], Darius[Extra], Darius II[Dual Screen], Segaia[Version 1], Segaia[Version 2], and finally Darius Gaiden. These various versions of Darius and Segaia are just tweaks between each version of the game, which can include a different set of levels where Segaia is concerned. Darius is structured similarly to other shmups of the era like Gradius, but it's power up system is more straight-forward. Power-ups can be earned that level up with more pickups of the same color, which represent bomb, missile, and shield options. You can crash into the background though, so be careful. What set Darius apart from other shmups at the time was its fish and other aquatic enemy ship's theme. After defeating a boss, you can select which route to take. This can lead to various endings, which increases the replayability beyond high scores, speedruns, and 1CC's. 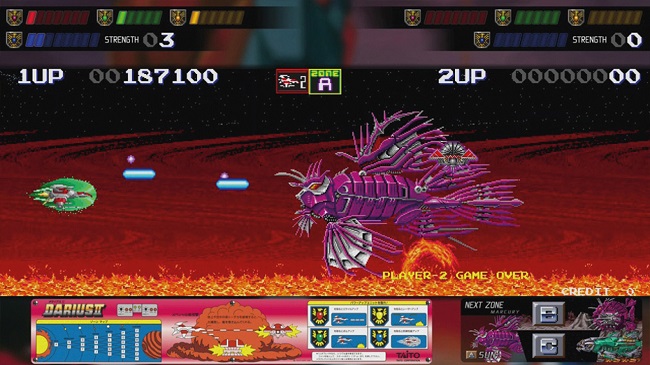 The second game is where things get a bit weird. Not much has changed by way of gameplay, although there are two new power-ups and the ability to fight captain enemies -- mini versions of bosses from the first game -- is now there. When Darius II was brought to the West, it was renamed Segaia and made easier. The levels were also made shorter, with some cut entirely. This is why there are two sets , one with a set of levels in them each. It's too bad that M2 didn't take the time to translate the original Darius II, as it's a complete version of the game otherwise.

Darius Gaiden is the last game in the collection, and it introduced the Black Hole Bomb, a screen and bullet clearing attack that would influence many a shooter to follow its release. It's also the most polished of the other Darius games in this collection. However, it's also the most difficult. Death means being put at a serious disadvantage. Thankfully, you can save your state to cheese your way to victory. 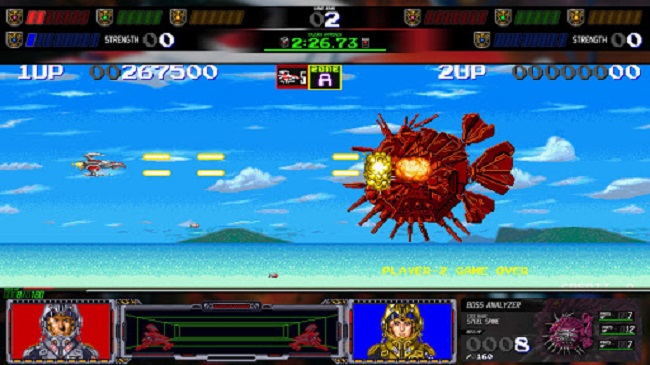 If there are any flaws in this release, it's that G-Darius and Darius Burst are missing. Thankfully, a new Darius collection is being made with those titles, in a bundle by Square-Enix called Darius COZMIC Revelation. The other issue is -- like the Castlevania and Contra collections -- the Darius COZMIC Collection lacks button configurations. Maybe if there is enough feedback, there will be an update. But those are the only issues that this collection has. If you are a Darius or shmup fan, be sure to at least pick the arcade version of this great package.

The Good: M2's emulation is on point.
The Bad: There are no button configuration options.
The Ugly: Playing in full-screen mode is a mess. 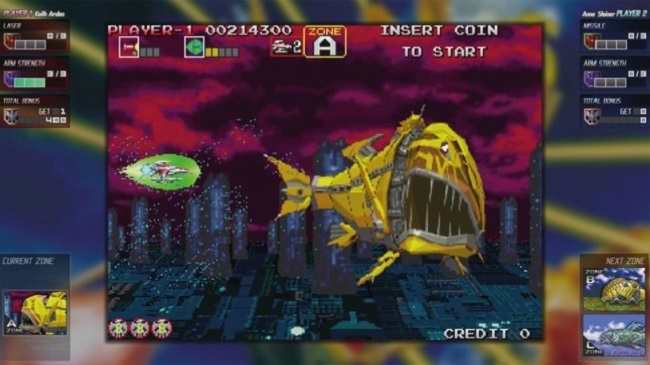 GAME REVIEW | Fighting Over a Man...