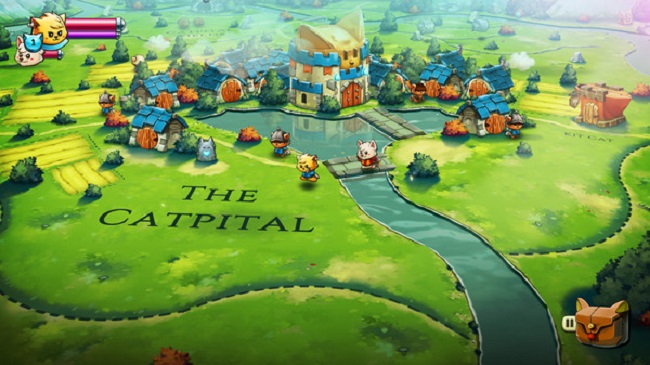 The first Cat Quest was a cute-yet-simple action RPG. There were lots of cat puns, loot, and a game where most of the action takes place on the world map. But like most things, the game could have stood to have some improvements. While Cat Quest II is more of the same, there are a few tweaks that make for a more enjoyable adventure.

The story of Cat Quest II is largely inconsequential, as it's pretty much the same deal as last time. Evil blah blah invades and can only be defeated by a special sword wielded by the chosen one blah blah. You still do quests on the world map and fight with melee or magic attacks. The twist is that you can play with a friend! (Or with an AI-controlled partner if you are playing solo.) Its AI is not bad, but it's still not so good that you'll need to switch to them to deal proper damage to certain foes, based on the builds you've made for each. 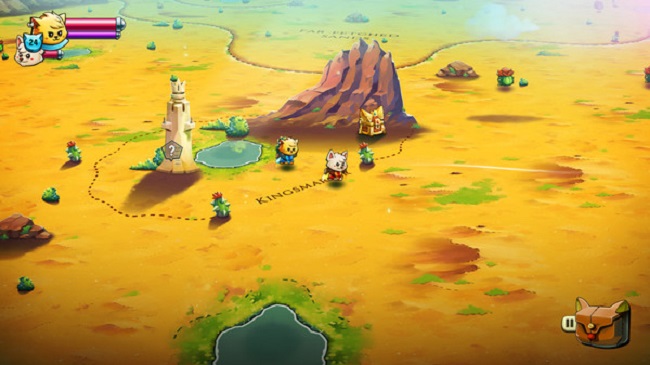 Quests are a bit more straight forward this time, and you can lure enemies into traps to damage them if nothing else works. Spells and ranged melee weapons are also options that open up earlier than the last game, making it easier to make certain builds more viable. The addition of a second partner makes it easier to switch strategies if your other character isn't bringing results (or if you just need to give them some time to recover because they are low on HP).

Aside from some of the tweaks mentioned above, there's not much new to the game. It's still got your basic audiovisual presentation as the previous game, so expect a cute soundtrack and the ability to Fashion Quest the game with all the armor you can find to tailor your appearances. One area of the game will be a sore point of contention for Switch owners though. The Switch version of the game lacks online multiplayer support. (Technically the PC version also doesn't have online play, but there are third-party apps that can facilitate it.) Maybe that will be the next feature of Cat Quest III. Aside from that omission, if you want a cute family-friendly RPG that you can play with your children, Cat Quest II is a good recommendation. 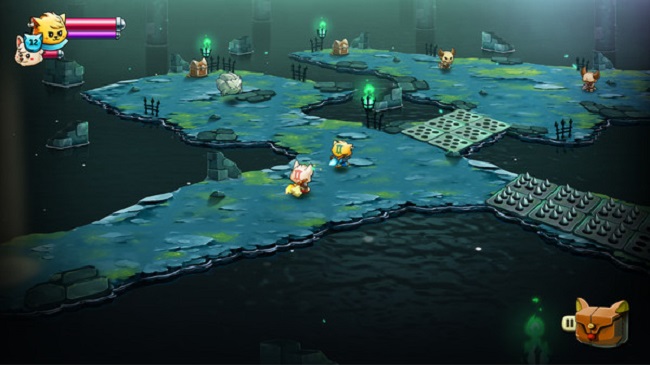 The Good: The two-player system makes switching different build swapping easier.
The Bad: The game gets pretty grindy like before.
The Ugly: The gameplay still gets old fast.

SUMMARY: Cat Quest II is a decent follow-up to the first game, but now with co-op/AI play.