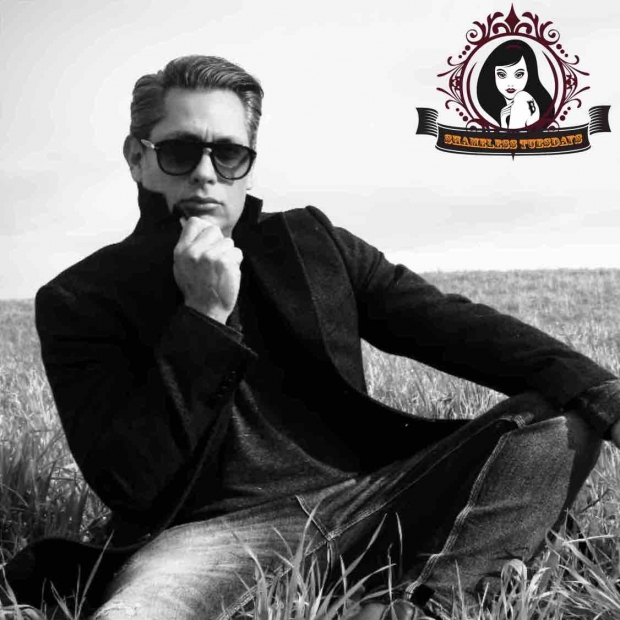 Ender Bender excites me to no end. A solo project of the Rome-based L.A. native Eddie Olguin, the sound that pops out of your speaks is the stuff that 1980s futuristic cyberpunk movies promised us that music would be like in the 2020s. It's dirty, vulgar, and glowing like neon in a thunderous storm, as if it was crafted for the speech Rutger Hauer gives at the end of Blade Runner. His debut single "Star Killer" oozes with personality and sexual tension, and it's a surefire badass way of giving us a preview of their debut EP EQ (out later this Spring)! Now Ender Bender's got another target in its sights: this week's Shameless Tuesdays!

Here's what Eddie has to say about this week's playlist:

I’m a full-blown music junkie in that I listen to music from morning to night and I’m always looking for new things to inspire, motivate me and push me to elevate my own game. God knows I’ve collected, and abandoned, habits, addictions and obsessions throughout my life, but my only constant obsession, since I was a child, is music. I listen mainly to rock/indie/alt but in the end, if it’s got a hook and you got my attention then whatever you’re doing worked (despite of genre). That’s been my philosophy since I was 10 years old. Hooks hooks hooks. If a person goes to your show (without knowing your music) and they walk away not singing or humming something you just played then you failed. Verses need to be better than most people's choruses and choruses need to be anthemic.

Ok… With that being said, I’ve decided to do a playlist focusing on new music (which has perked my ears) from, mainly, rising indie artists. I did end the list with Pearl Jam (which needs zero help being exposed) but when I heard this song I had to listen to it again, several times, as I was floored (and I’m not really a Pearl Jam fan). I also included a new song from Huey Lewis (yes, you read correctly). Old man Lewis put out this single which I found simply delicious. Sounds like something one my favorite contemporary artists (Alex Cameron) would have done.

So… here’s to focusing on the now.