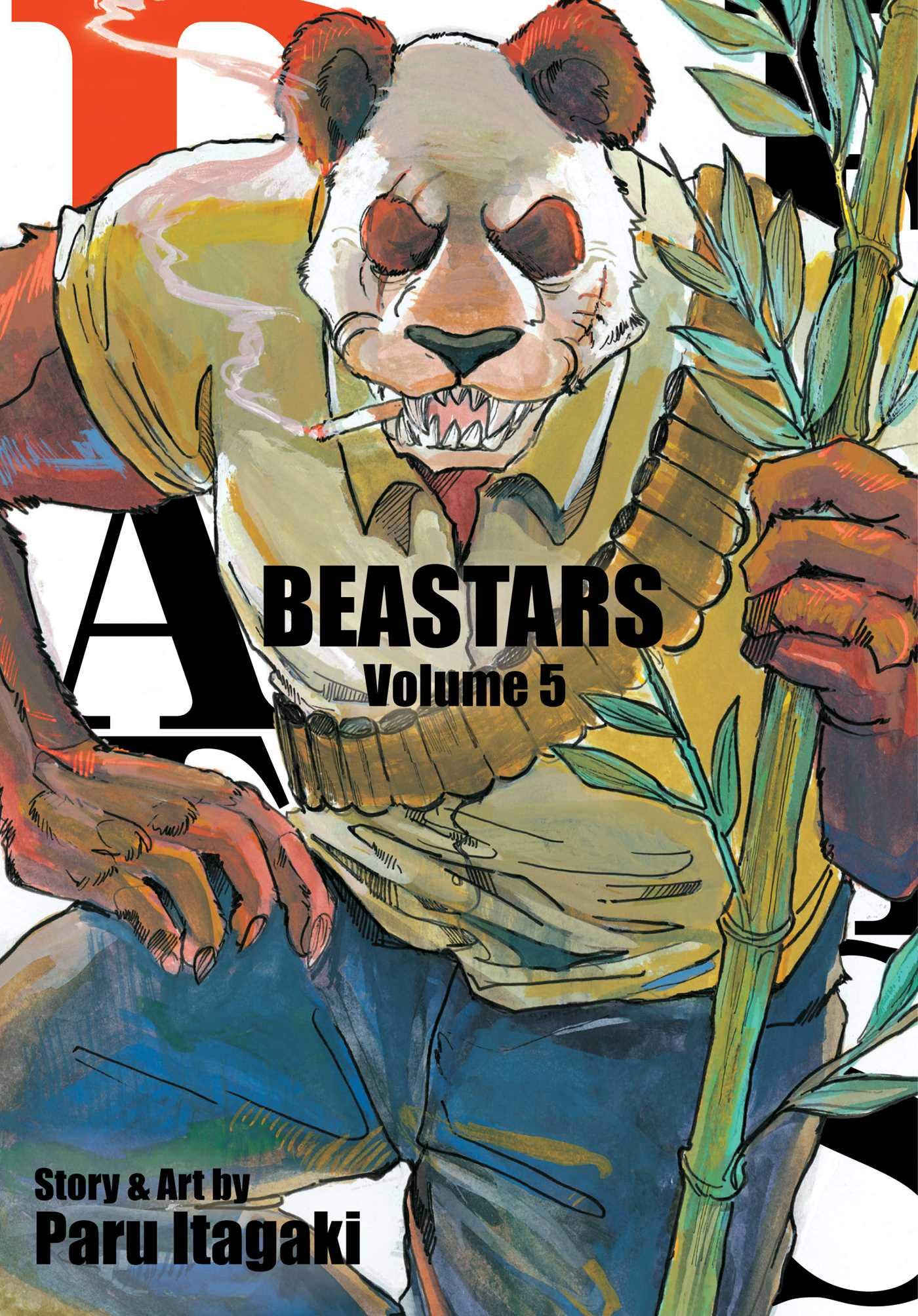 At long last, BEASTARS has shown the kind of fangs it’s been hiding since Chapter One. There would be a time when Legoshi would sink his teeth into meat, and that time has arrived. But it’s not for the sake of hunger; it’s for the sake of saving someone precious. In its fifth volume, BEASTARS goes on a rescue mission, and it does so in a way that only author Paru Itagaki can bring to her readers.

Haru is kidnapped by the Shishigumi yakuza, with her shoe left behind as a clue. Legoshi is itching to find her, whereas Louis is forced to hide behind his impending Beastar title promised to him by the mayor. With the aid of the toughest panda around, Legoshi seeks the Shishigumi headquarters to save Haru from a terrible fate. And when push comes to shove, our good boy wolf finally lets the big bad out when the time is right. 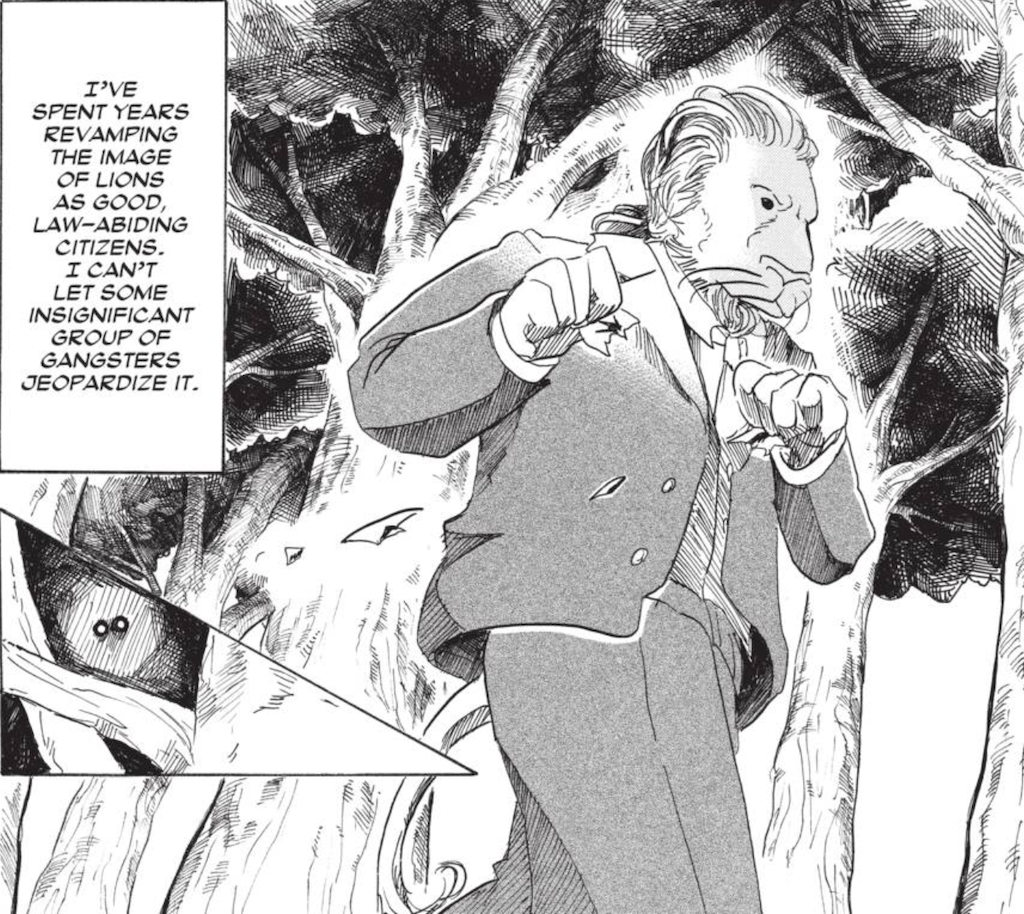 One thing that must be known is that the imagery in this volume of BEASTARS may be disturbing to some. Although the characters are animals, the sight of Haru being treated by the Shishigumi head may make some feel uneasy. Despite it acting more as symbolism regarding predator/prey relationships, how Haru is handled will no doubt make certain folks uncomfortable. Thankfully, it does lead to some of Itagaki’s finest artwork and character development in the series.

Reading as Legoshi and Gohin take on the Shishigumi is a truly satisfying moment. While Gohin has seen his fair share of awful shit, this is where Legoshi has his true fight-or-flight moment. His fight with Bill during the production of “Adler” prepared him to clutch his fists and risk everything for what he desires the most: the heart of a little bunny girl. What he does is a moment fans have been waiting for, and it’s nonetheless satisfying to see him become a monster for the sake of a rescue mission. 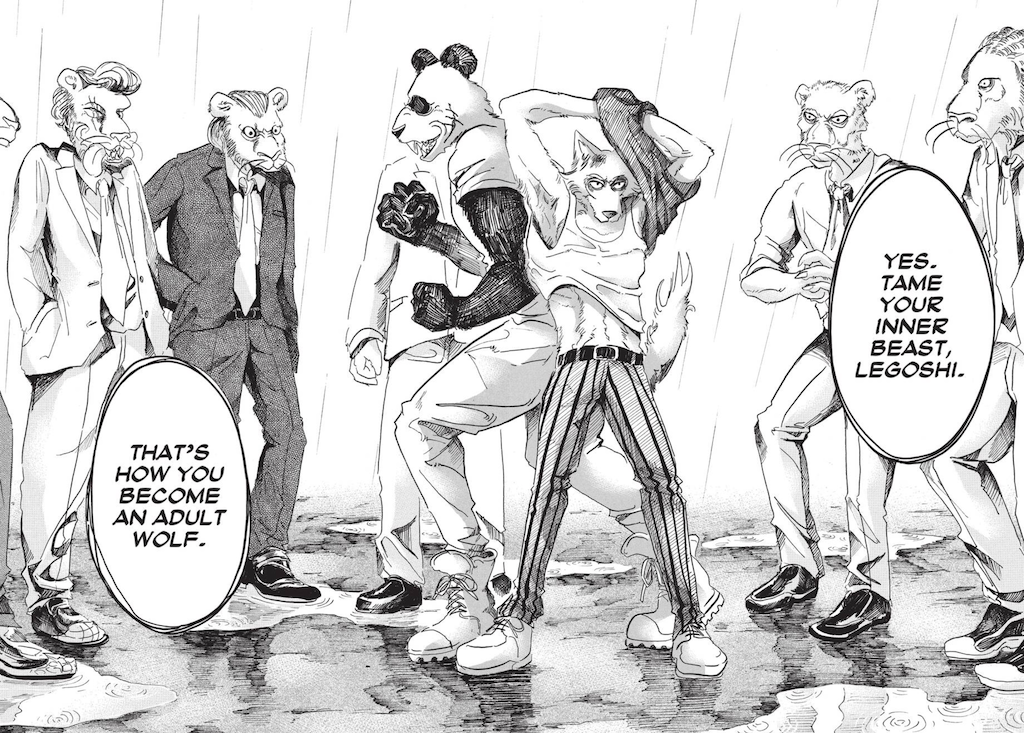 What occurs afterwards does lead to some serious questions. Without spoiling anything, a big character appears to take their final bow in a huge way. Whether or not they legit succumb remains to be seen, but it doesn’t look too good. In any case, it’s a shocking shakeup within its narrative, giving way to a change to the who’s and where’s of every student of Cherryton Academy as to how they rank.

When things calm down, how Legoshi and Haru handle to aftermath of the rescue brings things back to sweeter conversations. It’s these kindhearted moments where BEASTARS shines as a strange slice-of-life drama. Here are two people who have just went through the thick of Hell, and seeing them share a dinner leads to some pretty wholesome heart-filled moments. (Granted, where they go afterwards is anything but wholesome, but that’s a mention we can discuss more of when Volume Six drops!)

Volume Five of BEASTARS had some disturbing parts to it, but it lead to some very satisfying moments between Legoshi and Haru. Its deep storytelling is padded with impressive fighting visuals, as well as a hint of awkward humor between the two main characters. How Cherryton Academy may react to the disappearance of another certain student remains to be seen, but one thing’s for certain: there’s going to be a hell of a shakeup in the world of BEASTARS just around the corner...