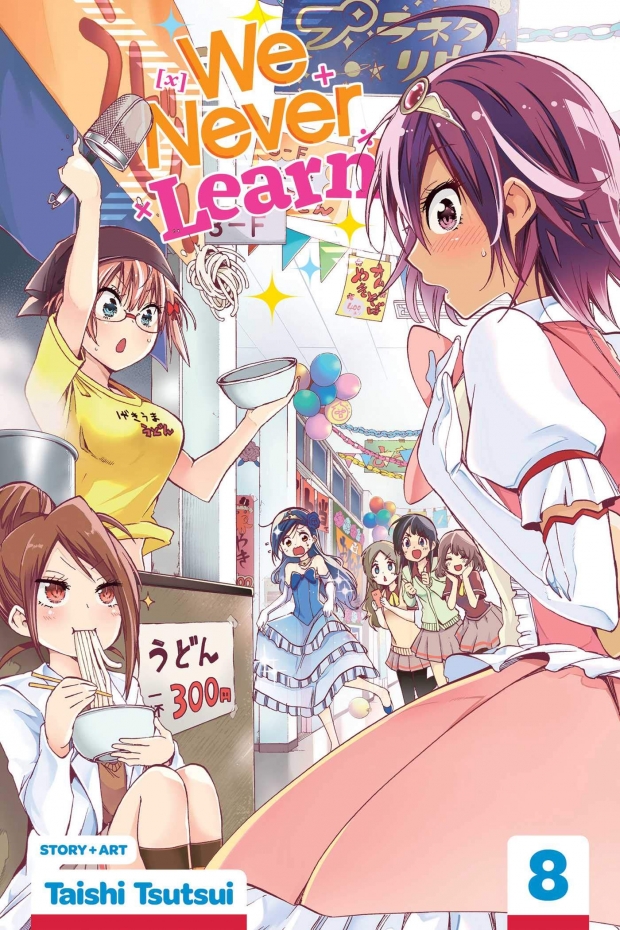 Every manga rom-com must have some sort of endgame planned, especially those that take place in high school. After all, we can’t have the characters just say in high school forever; that would defeat the purpose of the story. We Never Learn may pace itself slowly with character progression, but it’s clear that it knows it doesn’t have a never-ending lifespan. With its eighth volume, despite it still continuing onward, it’s clear that a final destination is planned in some fashion.

This particular volume of We Never Learn places half of its focus on character shortcomings. From mock interviews to remedial swim lessons, Nariyuki, Fumino, Uruka, and Rizu all find themselves attempting to overcome the odds in various fashions. Sometimes they succeed, whereas in certain cases they fail. But when the focus is placed on the school festival, chaos ensues for all four (as well as for Kirisu-sensei). 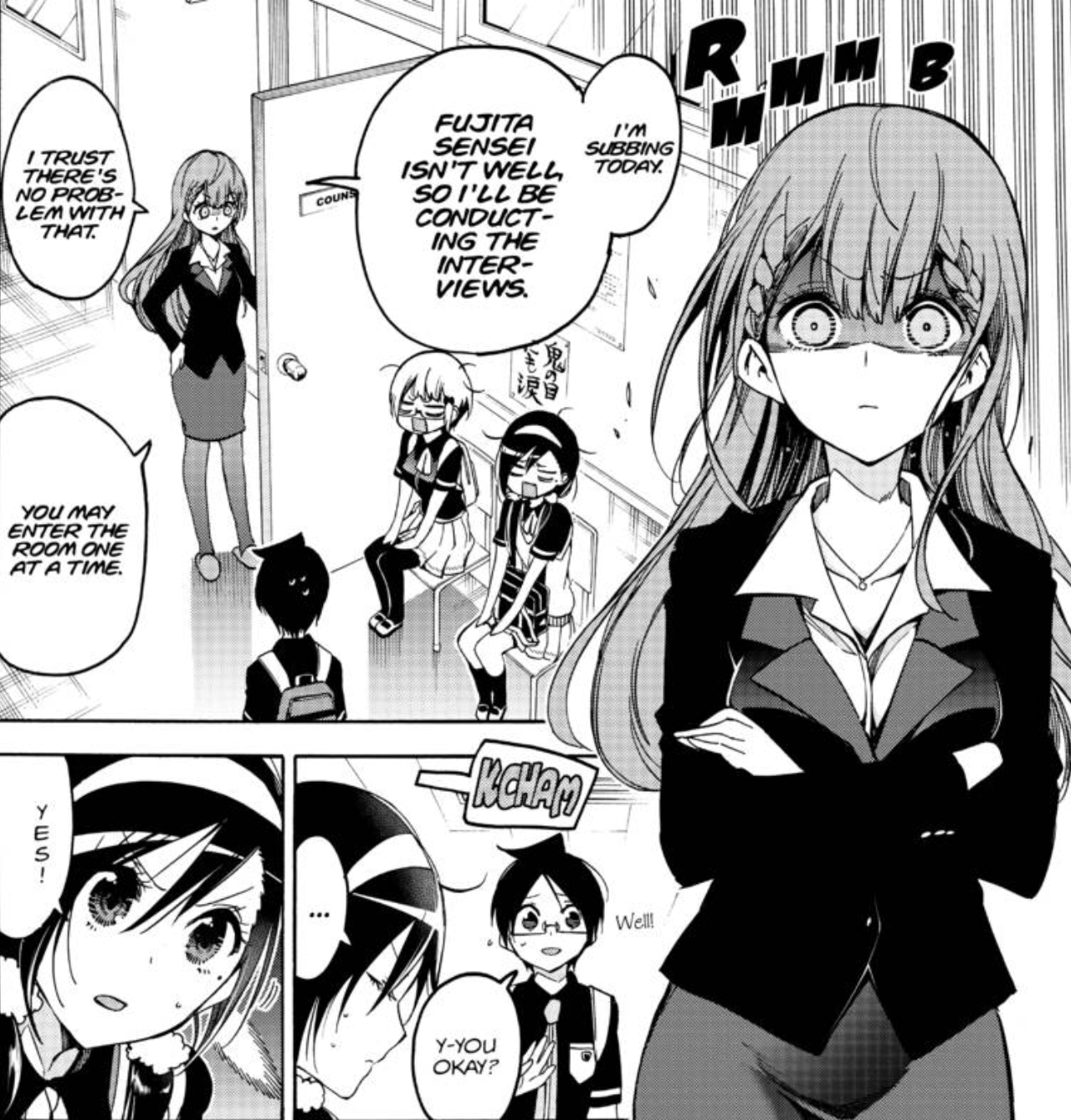 Nariyuki is not known for having too many faults, so it’s nice to see author Taishi Tsutsui digging deep into the flaws of our star tutor. The nervousness in his mock college interview demonstrates his unsure state of where his biggest strengths are. Where the trio of Fumino, Rizu, and Uruka have their own goals in mind, it’s surprising to see Nariyuki lacking some sort of big goal for the future (other than to earn money for his poor father-less family). Yet despite her cold nature at times, Kirisu-sensei manages to awaken a realization within Nariyuki in the kindest of ways.

Of course, most people don’t read We Never Learn for the sweeter aspects; they come for the laughs. While it’s good to see a serious flaw in Nariyuki, it’s also entertaining when you see him struggle with swimming, even when Uruka is trying to use to expertise to assist. But it’s the short school festival arc where the funny bone is charged to its fullest. Miscommunication on udon orders, a troubled performance of Sleeping Beauty, and a magical girl show all segue from one very funny punchline to the next. 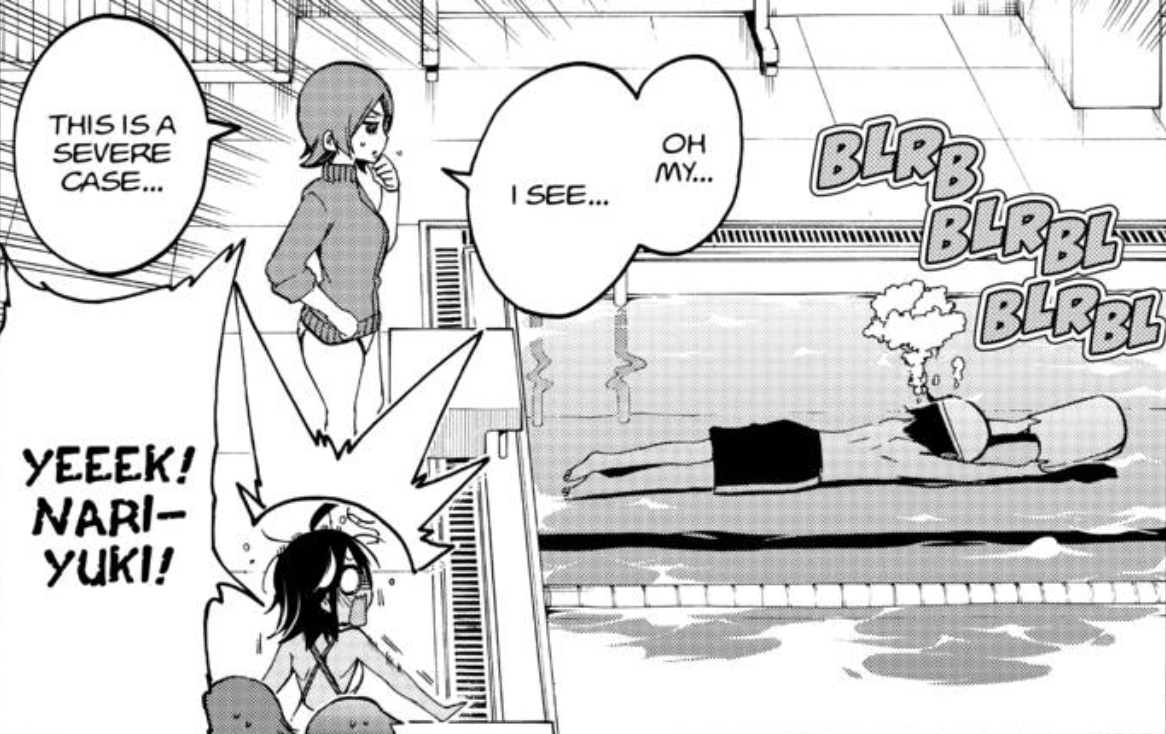 All of this gets wrapped up in an urban legend revolving around the fireworks show. Being a rom-com, everlasting love is of course the result of this rumor. Though the manga does take a mystery route with this element, it nevertheless shows that someone in the group is destined to be with Nariyuki at the end of the series. (Those who watched the anime adaptation will know that they ended it with such a thing.)

At its eighth volume, We Never Learn continues to be a fun and entertaining read. It knows when to be cute with its characters, and can still pull out some unexpected laughs when the time calls for it. Although the pathway to the manga’s end still has a very long way to go (the series is currently at its fifteenth volume as of this review), we can be grateful that there is some sort of conclusion just waiting in the wings. Until then though, readers will no doubt be grateful for the plethora of fun that We Never Learn continues to offer. 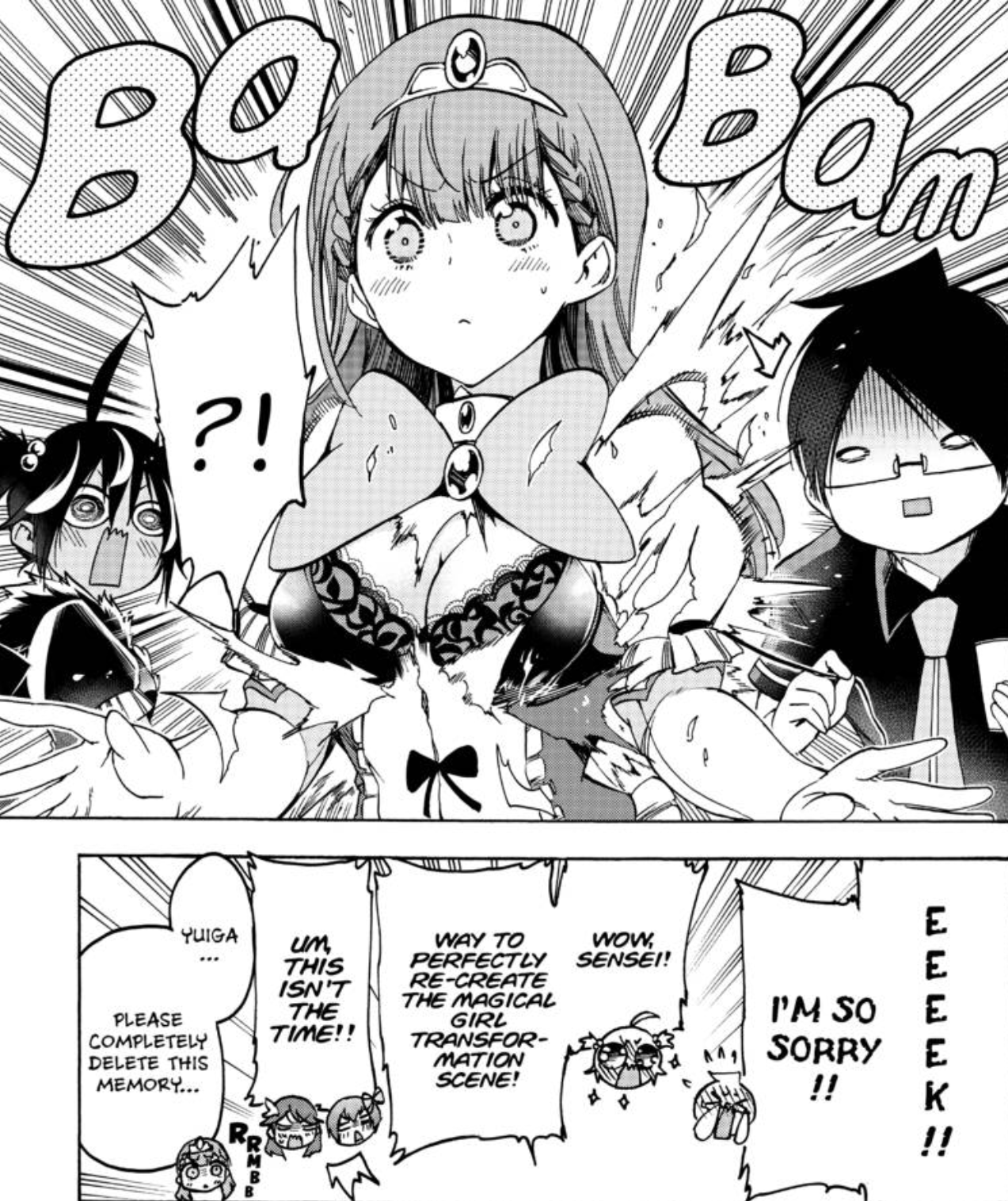 12 months ago No Comments